The recent post-pandemic – (are we using that phrase now?) success of Spider-Man: No Way Home has further solidified the place of comic book-based movies in culture world-wide. More than a trend, the now decades-long, record-breaking box office receipts and also streaming services of this genre are evidence modern man’s gods indeed wear spandex.

But what is the root of this fascination with superhero films and TV shows?

Well, that is a question for a different time, one whose answer will give future archeologists much to write about.

What can be more easily ascertained is that comic books have undergone a transformation over the past forty years… a deeply dark and disturbing one. In the bronze age, comic books weren’t shy in displaying their occultic influences, and the generically named brand Modern Comics, which printed older Charlton titles from that time, featured occult-related ads throughout each issue. 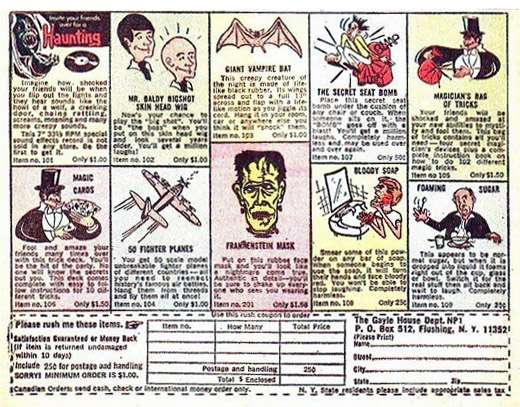 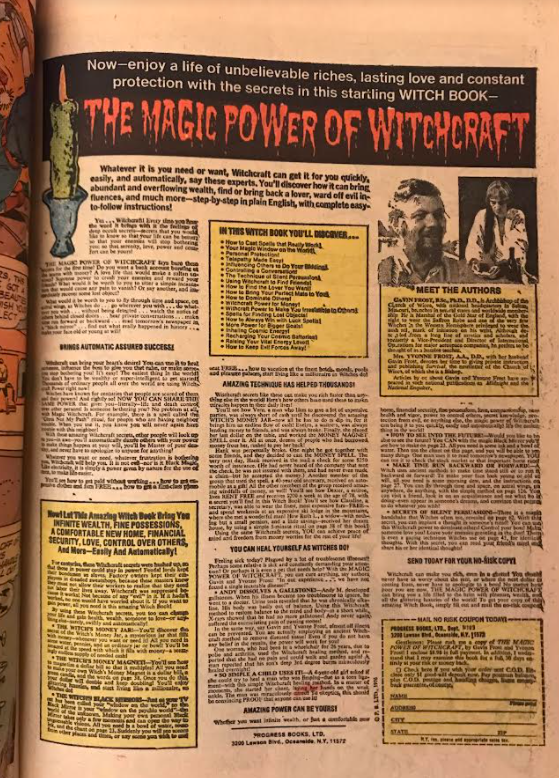 The dark influences are more sinister, overt, and widespread. Its decadence seems to know no bounds. Modern-age mainstream comics routinely glorify evil, pornography, sexual perversion, drug use, and just about any other vice. No, this is not a “Seduction of the Innocents” 2.0, just an honest observation. Many of the industry’s top creators, like Grant Morrison, are in-your-face with their occultism. Highly acclaimed writer Alan Moore (Watchmen, V for Vendetta) even claims to be a magician and admits to worshiping Glycon, an ancient Roman snake god. For fans of comics, like me, it’s disheartening to see what has happened to the industry and noticing how darkness has settled on mainstream comics, movies, and music.

Thankfully, the silver lining is that there are groups who have noticed this downward trend, too, and are doing their part to expose it and offer alternatives. One such outlet is Little Light Studios. The following is an interview I conducted with one of their producers, Keith Detwieler:

Jay Kord:  I came across the Studio’s work a couple years ago and couldn’t believe how well informed the team was about the topics they were writing. Tell readers a bit about how Little Light Studios (LLS) started, please.

Keith Detwieler: This story goes back pretty far. Scotty [executive producer and director at LLS] and Thom Mayer grew up with a friend, Brandon Mascareñas, in Paradise, California. That friendship took them to college together and into film studies at Pacific Union College. A professor there, who was related to Harrison Ford (yes, that Harrison Ford), encouraged them to go to Hollywood. Despite the education they were receiving, they would start at the bottom anyway. Watching the debt rack up, the brothers decided to take his advice. Brandon moved on and pursued an architecture degree in Montana.

Living in Hollywood took its toll on their Christian upbringing. While they never forgot about God, they left behind many morals and their Christian lifestyle. Their work was both in front of and behind the camera, working on shows like The Amazing Race, Beauty and the Geek, and Biggest Loser.

Throughout all this time, their grandmother had been praying that they would leave Hollywood behind. Fast-forward ten years, Brandon, through his own personal convictions, had been sending both Scotty and Thom religious material about entertainment and the spiritual implications. Later, Scotty went to a class reunion and had a spiritual conversation with a classmate. All this caused him to wake up and say, “What am I doing here?”

Shortly after this, they were asked to speak at a Christian school they had attended in their youth. The youth pastor asked them to talk about the parallels between God and movies and the lessons kids could draw out of it. They brought the matter before God in prayer and started studying.

After looking into what the messages where and how the brain worked, they gave a lecture that caught a lot of people’s attention. Public speaking was new territory for them, but the new material caused the word to spread. Without intending to, they had started this ministry.

Jay Kord:  Little Light Studios is quite prolific. In addition to producing lengthy documentaries, you all are also busy adding fresh content pretty frequently to your YouTube channel in which you all dissect a lot of pop culture and pop culture icons. In the past, any critique of media by a Christian organization was seen as just a “buzzkill”, as if Christians were intent to stamp out all fun and entertainment. With that said, what is the ultimate aim behind Little Light Studios’ critiques of pop culture?

Keith Detwieler: Great question! Some may look at this and think we are just trying to put out what is going on in Hollywood, but there is much more. It really boils down to one simple concept: we are firm believers that Jesus will come again. The signs of Matthew 24 are being fulfilled. This brings up a very important question for everyone on the planet: Are you ready?

What does being ready look like? There are a couple of ideas we are aiming at. The first is that to be ready means to be all in with Christ. Our lives should not revolve around entertainment and filling our minds with sinful things.

“Set your mind on things above, not on things on the earth. For you died, and your life is hidden with Christ in God.” (Col 3:2–3)

We believe that Christ wants to cleanse us from sin. He came and died to pay the penalty of our sins. If we choose to participate and take joy in those very things He died to save us from, we are putting little value on His sacrifice.

An additional point we’re trying to make is, what is Christ like? The Jewish nation rejected Christ when He came on the scene about 2,000 years ago. Why is that? They had a picture of what Christ would be like. That picture was of a conquering king, not a suffering Savior. When He came, He didn’t match their picture. They rejected Him, instead of reexamining their own ideals.

A lot of popular media has a very gnostic picture of God. They show God as coming to destroy everything and that He hates the fact that we make our own choices. Ironically, it’s probably the opposite of the Jews [concept of Christ]. He’s being shown as a conquering king, but without the compassion of being a loving Savior. This ideology is very typical of our human experience. We have a tendency to go to one extreme or the other. We are rarely balanced in our thinking. 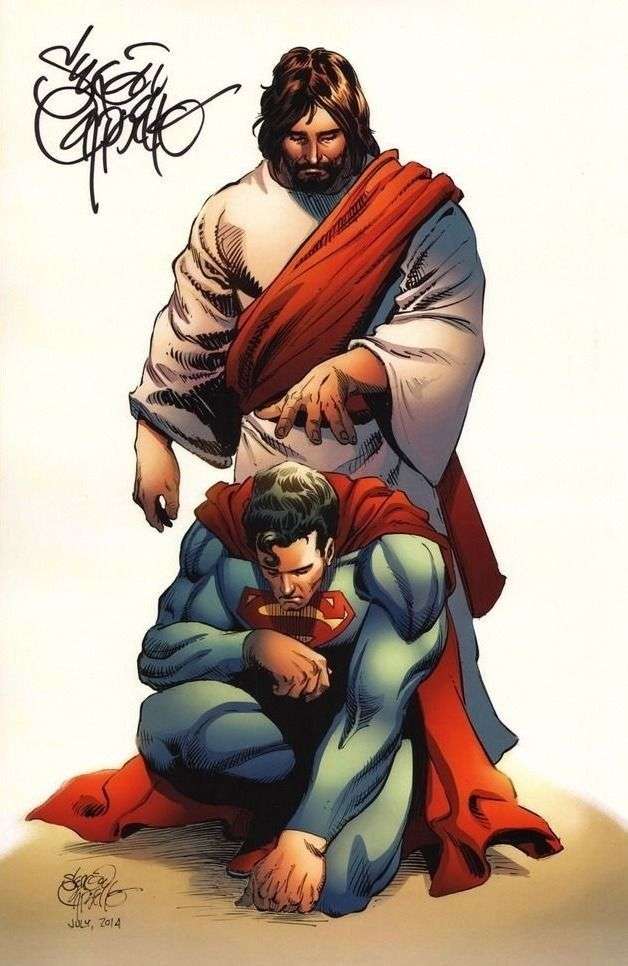 The reality of scripture is that God is coming to destroy this planet, because it’s infected with sin. Everything that holds on to sin, will be included in that destruction. That includes us. We would rather have our sinful indulgences than a loving relationship with our Creator.

What always seems to be left out is the love of God. God does not want to let go of anyone.

“The Lord is not slack concerning His promise, as some count slackness, but is longsuffering toward us, not willing that any should perish but that all should come to repentance.” (2 Pe 3:9)

He also loves you too much to force you into loving Him. So at the end of the day, we all get to choose what we want most.

You might say we exist as a ministry to help people re-examine their picture of God. This comes with a particular emphasis on young people who are bombarded with many messages from entertainment that are unbiblical. With that comes an invitation to experience a relationship with the most wonderful being in the universe. We want them to become disciples of Jesus. When they know and trust Jesus, and follow Him with their whole heart, now they can help others experience the same joy and freedom that they have.

Jay Kord:  Your films “The Replacement gODS” (parts 1 and 2) and the 4-part series “Dark Secrets of Anime Exposed” are truly shocking. They are so full of examples of how these seemingly innocent mediums of comic books and anime are now more often than not mere colorful vehicles for illicit behavior (some so shocking I dare not even type the words here) and vehemently anti-Christian. What do you hope people do with the information presented in your films like these?

Jay Kord:  The three documentaries above, just some of many from your Studio, really show a level of darkness present in these mediums that even a person like me – a comic fan for decades – was shocked to learn. After watching them, one has to wonder: Are these entertainment mediums redeemable?

Keith Detwieler: As a group, we have a wide appreciation for creativity. God is the ultimate artist and creative! We would like to think that styles are redeemable. Probably everything on this planet has been corrupted by sin. The most notable is the human heart. It’s our sinful nature that twists everything.

One could look at pornography and wonder the same thing about human sexuality. Yet, in the context of marriage it’s a beautiful experience.

Jay Kord:  How can Christian creators (writers, artists, etc.) take back these forms while also avoiding falling into the trap of producing boring, predictable, and preachy content that nobody wants to read or watch?

Keith Detwieler: Their expression must be under the right inspiration. Art expressed under the guidance of the Holy Spirit is a powerful thing. The nice thing is God is able to use a wide variety of people and styles to reach a wide variety of hearts.

The Bible tells us that there are a variety of gifts given to men by the Spirit. But these gifts all work together because they are given by the same source. (1 Corinthians 12:4-11). While the New Testament doesn’t bring out any specific gifts when it comes to art, the Old Testament does.  In the book of Exodus it says:

“So you shall speak to all who are gifted artisans, whom I have filled with the spirit of wisdom, that they may make Aaron’s garments, to consecrate him, that he may minister to Me as priest.” (Exodus 28:3)

There are other passages as well, but the point is, God inspired people with His Spirit for artistic creations. We believe that He does the same today.

If those gifts are going to be used for His service, that can only happen if the person creating has submitted their entire being to Christ. It will mean they feed on His Word daily through Bible study and talk to Him in prayer. When they do this, their artistic expression will be a witness.

Jay Kord:  What is Little Light Studios working on for the future?

Keith Detwieler: We are excited about the future. There is a lot of experimentation going on right now with 3D technology and green screen. We are looking into an LED wall as well. There are many projects we have our eye on. We are wanting to pick our Bible study series back up as well as produce several more documentaries including ones on technology in the history of spiritualism and transhumanism.

Jay Kord:  Thank you, Keith and for the work Little Light Studios is doing! All readers are encouraged to check out the dynamite work of Little Light Studios. Their Vimeo channel features some great content – the Anime Exposed series mentioned above will make your jaw drop on the floor. (I had ignorantly been misled by the cuteness of the characters.)