by Jacen Roger
|
The comics industry is not in a great place at the moment. Marvel Comics, one of the industry’s most well known companies, is plagued with problems. From the replacement of beloved characters to creators insulting their audiences and disappointingly low sales, Marvel has more issues than the Amazing Spider-Man.

Recently, an artist for Marvel’s Cable comic has come under fire. After posting a controversial tweet, Jon Malin received numerous messages from people decrying him. Most of this incident has already been covered here.

X-Men are closer to Jews in SJW Hitler’s Germany fighting for freedom because they see ideologues rising, silencing them, weaponizing hate, racism and socialism against the people they claim are the root of social ills. SJWs are not Nazis but Nazis are SJWs and X-MEN aren’t SJWs. https://t.co/GlspfHMhLN 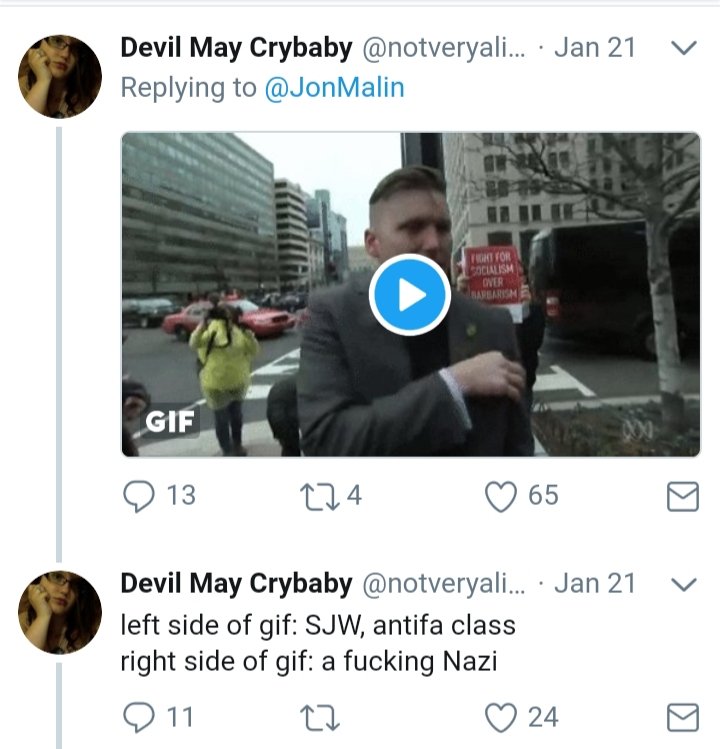 One person posted a gif of Richard Spencer, an alt-right activist, getting punched by an unknown assailant. Others immediately suggested he should lose his job. 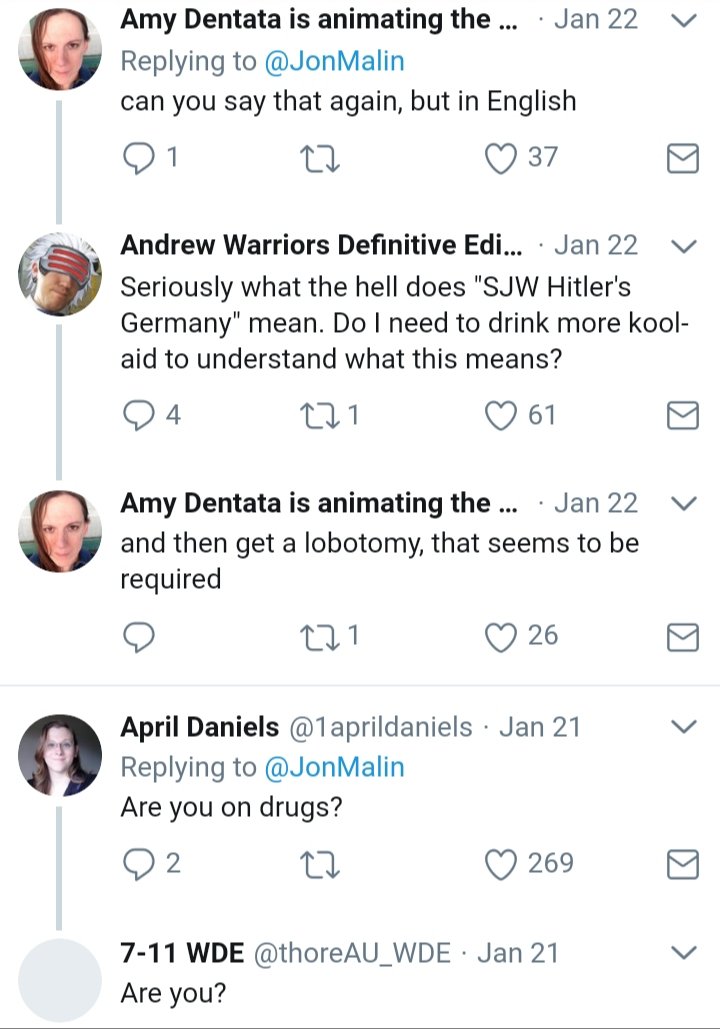 A few months ago, Mr. Malin was also decried for a cover he drew for issue #153 of Cable, in which a female X-men character known as Blink was shown in a provocative costume. 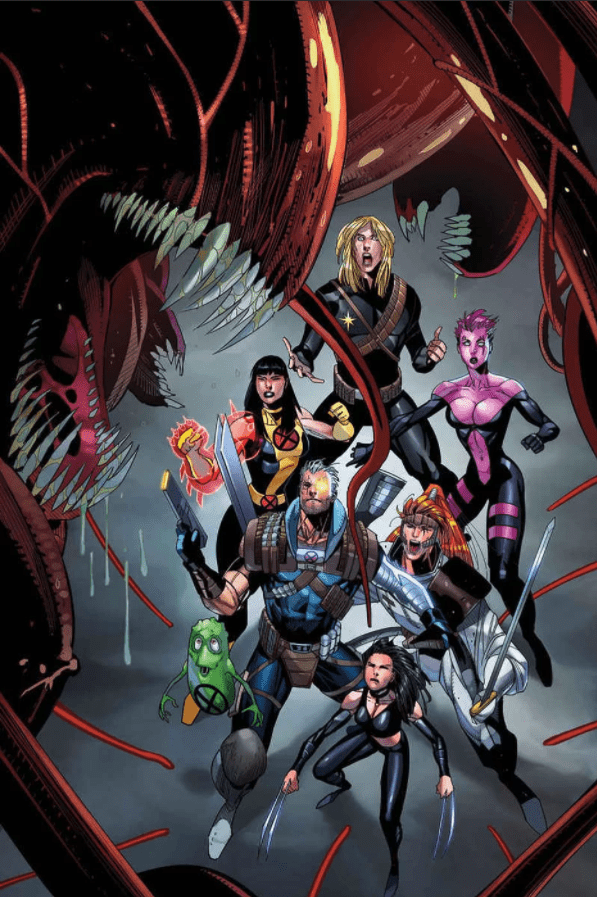 Blink is a pink-skinned mutant (far right) who has the ability to teleport. Some people complained about the cover, and it was subsequently removed by Marvel. The entertainment website Bleeding Cool is at least partially responsible for the removal of the artwork, as they drew attention to it by posting an article about it.

Did I miss a pouch? Which one? https://t.co/2swXVdACOj

if that’s what you took from my impassioned plea to cover up a fictional character’s tits, you are a pathetic excuse for a man.

Recently, I got the opportunity to interview Mr. Malin. Below are the questions I messaged him, and the answers he gave me.

Have you been removed from Cable? If so, who removed you? And do you think it is related to you voicing your opinions about SJWs on Twitter?

No. I stepped away due to editorial retraction of previously approved work following a BleedingCool article on Blink. I felt I was being cut off at the knees when trying to make a cover get shelf attention. So I offered to finish my commitment of 5 issues and step away in hopes of a more supportive editorial team. My job is to get attention on my book, I did this. Changes were also retroactively made to previously approved interiors.

How do you like Cebulski as Editor in Chief compared to Alonso? Is he easier or harder to work for? Do you feel he’s taking the company in a better or worse direction than with Alonso?

I have had no real interaction with either C.B. or Axel. I hope sales improve.

What prompted you to speak out against SJWs on Twitter?

I was aware almost immediately that there were strange things brewing on the horizon when one of my first editorial notes was that white people couldn’t have dreads. The [U.S. Presidential] election brought out open political intimidation against Trump supporters when an editor said “Make no mistake, even if Trump loses we will remember who voted for him”, all the while seeing anti-white racism and anti-male sexism openly spilled by editorial and talent on social media including telling fans to “fuck off” and “eat my ass” for political differences. The retroactive changes to cripple my cover while sales all over the industry were tanking convinced me the ideology has removed the desire for sales.

How do you like working with Ed Brisson on Cable?

I like Ed. Never spoke to him but he’d be there on a messenger program to answer questions.

Do you intend to continue to speak out against SJWs?

I think SJWs need to be removed from positions that have control over hiring and firing, they openly use political intimidation, racism and sexism, I want merit based hiring and firing that intends to sell books. I think I’ll be forced to speak out until they are outed and removed.

Have SJWs ever made your job more difficult, and inconvenienced you in the real world?

How do you feel about this whole comic “culture war”? Do you think it’s real? Do you think comics YouTubers have made a difference in the comics industry?

Yes. The culture war in comics is 100% real. I saw it from the inside. Comic YouTubers became necessary because sites like BC [Bleeding Cool] are farther left than many knew and have ignored the open political intimidation, racism and sexism from industry professionals and is still ignored as they are more interested in trying to slander me than to expose this problem even now.

Recently, you said you were in a phone conversation with an editor. During said conversation, you emphasized that he said that he wasn’t “here to stroke your dick”. Do you think it’s related to your recent activity on Twitter? Have you had any previous unpleasant interaction with this editor before? Has he ever tried to make your job difficult?

I have not even had a single call from any editorial until BC ran the article on Blink. 1st call in almost 2 years was that they were retroactively changing my previously approved art. I had another call 2 days ago, this editor is big in the company, he was more upset that I mentioned the open political intimidation of one of his editors, even though I still withhold the name, than he was that that very editor, an adult made an adult decision to use political intimidation against his companies talent and any internal employees that may be moderates like me or conservatives. I think the conversation should be with his editor and getting her out of a hiring/firing creative position. Maybe the mail room could use some help.

Do you have any plans to work for DC?

Would love to work for DC and Marvel as much as I can. I reached out to DC several months ago.

Do you feel that you as an artist are being treated well at Marvel? Would you say that you’re satisfied with your salary?

I was paid OK. I made my intentions clear that I was wanting to move up and help develop projects, I sent around 40 pitches, no one ever reached out or offered to open any inroads for me, no calls, this is what prompted the “I’m not here to stroke your dick” comment 2 years later when I’m walking out the door, apparently artists trying to be creative, polite, patient and a positive influence are just looking to get jerked off. Welcome to your dream job.

If you were in charge of Marvel Comics, what changes would you make?

Remove all SJWs from positions of creative influence on day one. Bring in old/new school artists and writers into their spots so they can guide new talent effectively and build stronger product. Find the people like me, that show passion and instead of ignoring them I’d order editorial to encourage them.

How long has Marvel been retroactively changing your art?

They only retroactively changed art on Cable, every other change they asked for was done at the time my art arrived and was made without complaint. Cable #153 cover was drawn, colored, sat on, solicited and released online and only after SJWs made an issue of it was it and interiors from #152 retroactively changed.

Is there any upcoming work of yours that you would like to promote?

Graveyard Shift is an upcoming project I have that’s co-creator owned with Mark Poulton.

Thank you for your time.

Glad to expose the vipers nest that is the growing SJW infestation of this industry that is killing creative voices that politically difer, afraid to take creative chances for fear of the slightest offense including attacking a 95 YO Stan Lee & closing comic shops everywhere.

In depth discussion of SJW insertion of identity politics into mainstream comics, the damage done, how to correct it and why modern art and Andy Kaufman suck. The annoying echo ends around the 9:30 mark. https://t.co/TOfG5oCPg4

Graveyard Shift is a graphic novel by Mark Poulton and Jon Malin. A few years ago, a preview of it was released and Marvel noticed it. Soon after, Jon was hired by Marvel. Check out Jacen’s blog here.