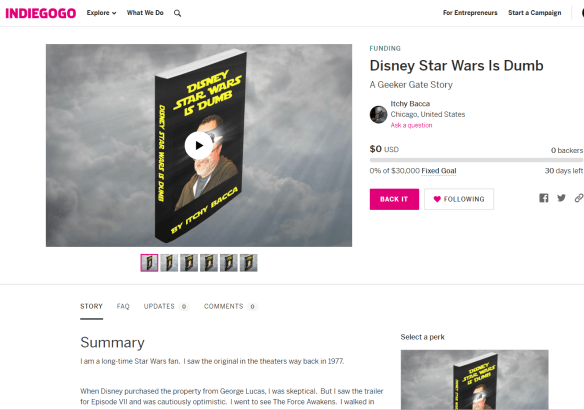 When Disney purchased the property from George Lucas, Itchy Bacca was skeptical.  After seeing the trailer for Episode VII, he was cautiously optimistic. When The Force Awakens was finally released, he walked in anticipating the next Star Wars film, but walked out not caring if he ever saw another.  “Itchy Bacca” is obviously a pseudonym for this long-time Star Wars fan who saw the original in the theaters way back in 1977, but is embarrassed for the property now. 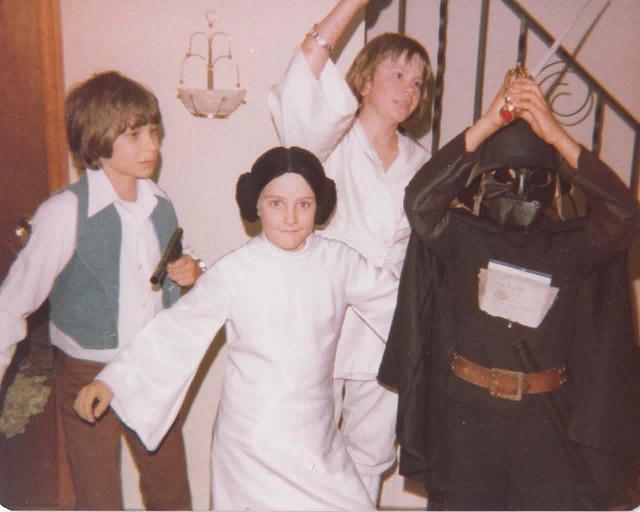 What he finds interesting now is not the franchise itself, but rather all of the drama that surrounds it instead.  It’s clear to thinking people that the “golden goose” that was the Star Wars franchise is now being over-cooked.  The Star Wars franchise is in the process of imploding and Itchy finds this to be absolutely fascinating.  He has express his frustration and opinions about it online via blogs, discussion forums, and comments sections.  However, because those venues are more often controlled by progressives, opinions contrary to their own are expectedly deleted and/or marked for spam.  So he took on the name “Itchy Bacca” after the father of Chewbacca seen in the Strar Wars Holiday Special, and opened his own blog as a way to publish often contrary and perhaps unpopular opinions that aren’t allowed in various online “safe spaces”. 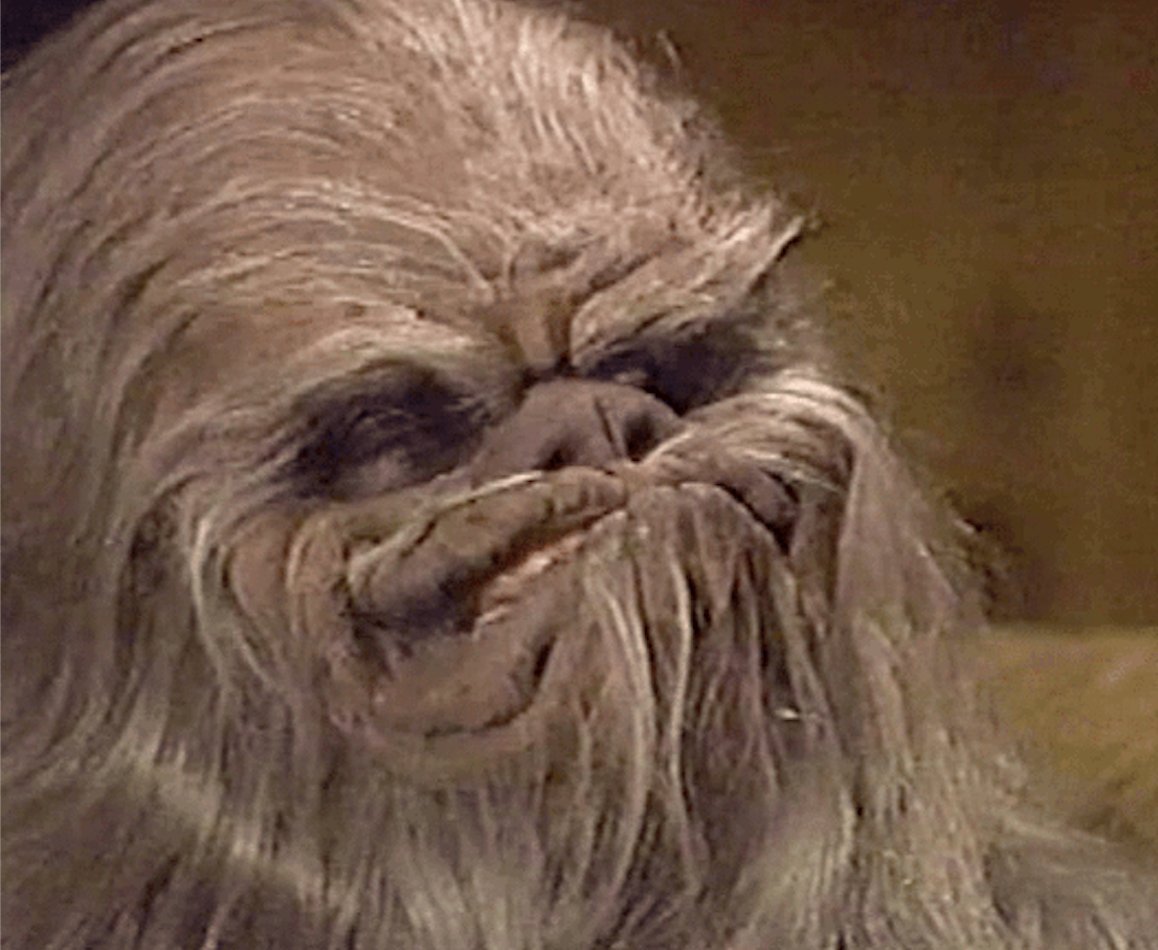 His blog has provided the foundational research for his book forthcoming book, “Disney Star Wars is Dumb”.

Jamison Ashley: You’re a long time contributor at Bleeding Fool, so this is a bit different interviewing you. Tell the readers about your website Disney Star Wars is Dumb. What made you create it and what you’re doing over there.
Itchy Bacca: Well, it was created as a result of being banned and silenced at “progressive” pop culture discussion forums and blogs for expressing opinions that they disagreed with.  Opinions that typically were met with false accusations of sexism, racism, misogyny, homophobia, xenophobia, ad nauseam.  Then watching SC Reviews respond to preposterous articles from garbage tier sites is what made me decide that I needed to make my own voice heardin some small way.
JB: You were initially optimistic about The Force Awakens, weren’t you? In a nutshell, what happened?
IB: Yeah.  Actually when I heard about the sale of Lucasfilm to Disney, I was very optimistic.  Although I enjoy various aspects of the Prequel Trilogy, I also recognize that they do have issues, primarily with the narrative and dialogue.  But I thought that given what Disney had been doing with Marvel, that perhaps they would course correct those particular issues.  The exact opposite happened, and now it looks as though Marvel may follow Lucasfilm’s lead in PC schlock and cheese. 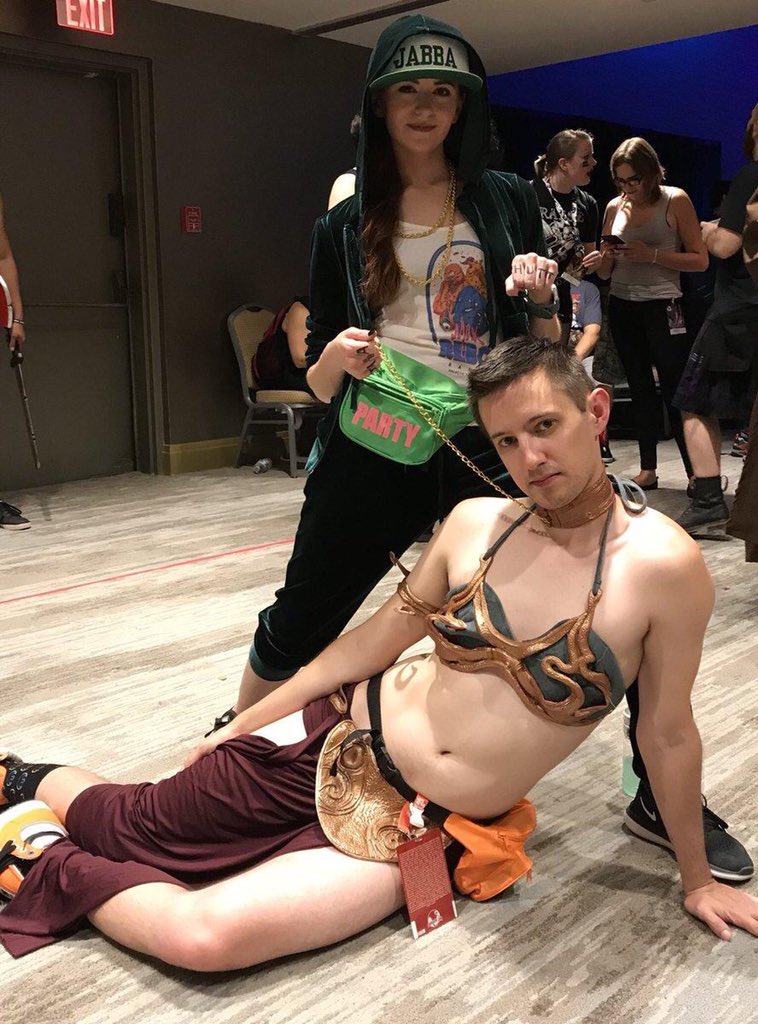 JB: So you’ve been doing the blog for nearly two years, what made you decide to collect all this information and turn it into a book?
IB: I never really intended to when I started out.  I mainly just wanted a place where I could type up a quick 10 minute blog post and publish my opinion without being silenced or redacted.  But I’ve had many people ask me over the course of the past almost 2 years to ask me to do that. So I decided I would do it for them.  I guess I’ve become kind of a micro-pop culture icon in small circles, so I thought maybe it would make for a nice souvenir for some folks to remember this time.  It’s certainly more affordable than drinks at Galaxy’s Edge. 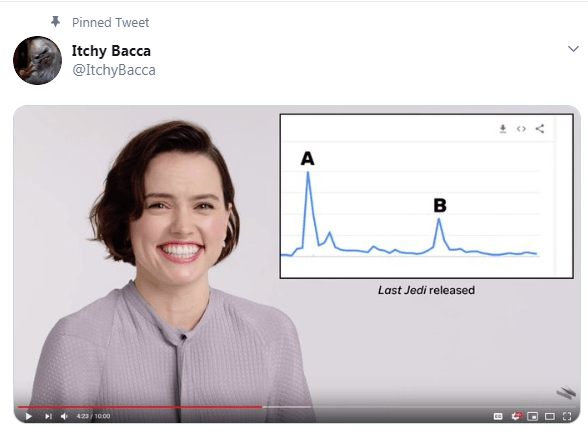 JB: Why would I want to buy the book when your website is online and free to visit every day?
IB:Well, I do address this in the description and the FAQ of the IndieGoGo. It’s not going to be a simple copy and paste from my blog, as many SJWs have incorrectly screeched.  The narrative of the book will be organized according to The Phases of the Geeker Gate, which is really the most important thing to come out of all of this.  It can then serve as a tool for others seeking to fight Geeker Gates in their own hobbies.

But the blog itself only represents raw research and commentary.  It is not a cohesive and coherent narrative that one finds in a book.  So the time has to be taken to organize all of this information into a meaningful way.  Additionally, more research will be conducted while the book is being written.  Because when you’re putting together a non-fiction book, you inevitably run into holes where you need more research.  Think of that as a kind of reshoot or pickup for writing a book.

Also, I’ll be photographing knock-off Star Wars action figures in various poses for pictures in the book.The knock-off action figures are making two additional points in the book. First, that Disney and Lucasfilm are absurdly litigious. Second, that Disney Star Wars is a knock-off version of the original. The photos will be photographed professionally, in dioramas and with props and such. These images do not and will not appear in the blog. 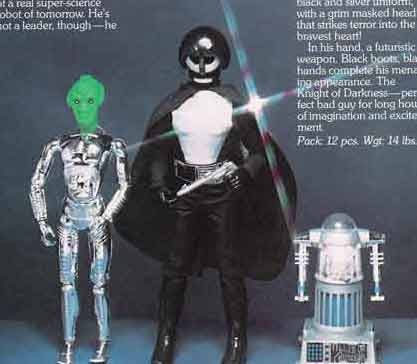 JB: Good to know. How has the campaign been going and what can you tell us about it?
IB: As far as I’m concerned the campaign is wildly successful because I never expected to get even one backer.  It’s certainly possible that I won’t reach my goal, in fact it’s likely.  But I’m perfectly okay with that.  It’s really up to the fans in The Fandom Menace if they want this book realized or not.  I leave it to them.
JB: I imagine the biggest challenge is going to be getting around the legal obstacles of using ANY licensed imagery. What are you doing to overcome this?
IB: With regards to public figures, satire, and parody, there is a certain amount of fair use that is allowed for the purposes of criticism.  Particularly if you alter the image so as to transform its fundamental meaning. 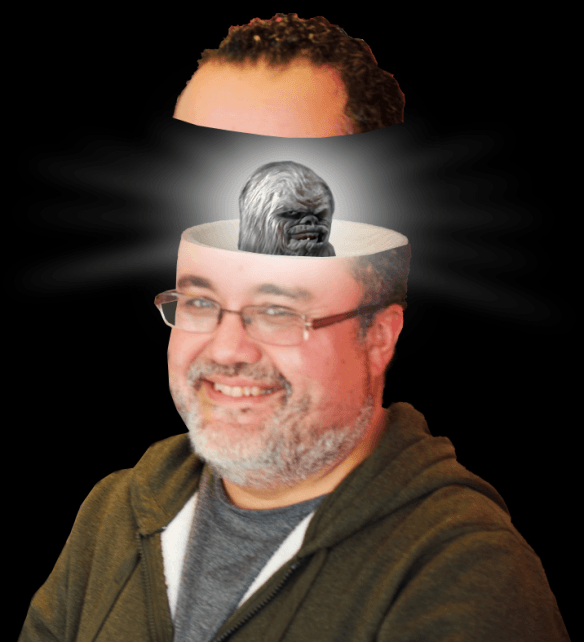 JB: You seem to be openly right-leaning politically, does this inform your approach? Why do you think the media and entertainment culture has gotten to be so political?
IB:I’m mostly Libertarian.  I’m a policy by policy guy, and tend to side with whatever solution offers the greatest individual freedom.  True I want government out of my wallet.  But I also want it out of my bedroom too.  I advocate the lost art of leaving people the hell alone, and minding one’s own business.

Most of it has to do with the fact that SJWs and other fringe leftists are incapable of apolitical thought.  They’re political activists first and foremost, while being an artist is a very distant second; hence the Sequel Trilogy.  Unfortunately, these are the same folks who both support the arts, and gravitate to the arts as a career.  They then inevitably impose their political propaganda on that media because they simply cannot help themselves.

If we want to see a change in media, complaining and writing letters won’t accomplish anything.  Normal people need to advocate and support the arts, and pursue the arts as a career if we want to have a variety of media to choose from.  Particularly media that is free from gulag style propaganda like The Last Jedi.

JB: You catch a lot of ire from the Disney shills and even some Star Wars apologists, is this to be expected in our corporate media culture today and how do you handle it?
IB: I honestly don’t pay too much attention to the Disney shills most of the time.  They just don’t seem that important to me.  So I’m only aware of the ire from a tiny vocal minority of shills. Whether or not its to be expected I think is moot.  The fact of the matter is that it’s there.  I handle it my responding to it and commenting on it at my blog.  Dialogue and/or discourse, as the SJW might say.
JB: We seem to be seeing more and more flagrant identity politics in not just Star Wars, but Marvel Studios, and Disney proper. Is it the same in ALL forms of entertainment, or do you think Disney is higher than average?
IB: I think it’s higher than average in almost every media form as of this writing.  It’s just not as widely publicized as it should be.   And certainly not as widely abandoned by consumers as it should be either. 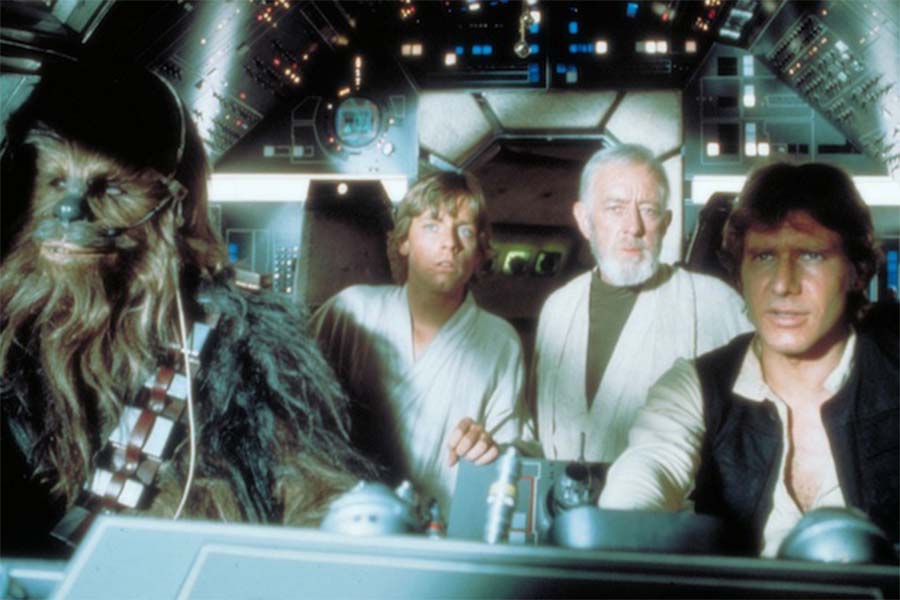 JB: What could Disney do to win you back to Star Wars?
IB: Apologize to the fans, sell the franchise back to George Lucas, and retcon DisCanon with the EU.  Wipe the Sequel Trilogy clean, and start over.  Sorry Harrison, you might have to come back after all.

JB: Anything else you’d like to add before we wrap up?

IB:  This campaign will fund the 6 to 9 months needed to collate and organize the pre-existing research as it exists on my blog, into a cohesive and coherent narrative.  Additional research and investigation will also take place during this time period.  It will also fund the research to determine image usage and fair rights. But during this time, my blog will continue to chronicle events until The Rise of Skywalker leaves theaters.  I hope readers will check it out.

JB: May The Force® be with you, Itchy!

Check out the crowdfunding campaign for Disney Star Wars is Dumb here!

Todd Phillips Discusses the Chances of Another ‘Joker’ Movie