Earlier this year while attending Pulp Adventurecon I met a few really talented artist and creators. One of them was Ricky Gluski; founder of Lone Coconut and creator of The Plunderlings. The Plunderlings is this really great line of figures featuring these really cute goblins as well as other little creatures. They have a lot of as much personality as they do articulation points and make for either great display pieces or subjects for Toy Photography. I’ve included some of my own photos in this article. I hope you enjoy. 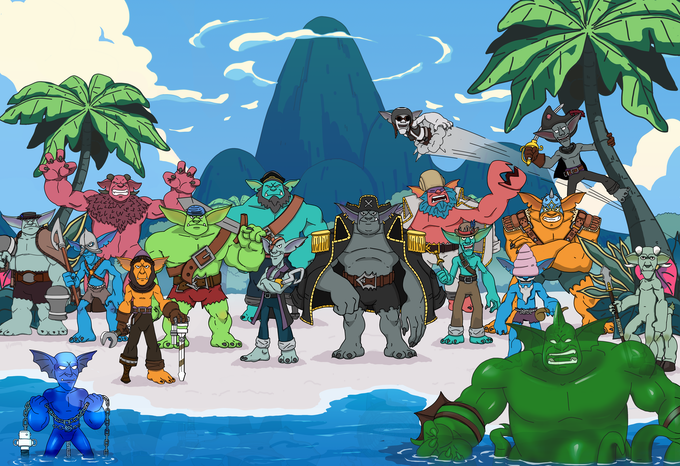 John Lemus: Ricky, thank you for agreeing to the interview, It’s great to be able to discuss Lone Coconut & your totally awesome line of Plunderlings figures with you.

Ricky Gluski: Thanks for having us!

John: Before we get into Lone Coconut and Plunderlings, may you please tell us a bit about yourselves?

Ricky: We are a small VFX and animation studio that started in the Dominican Republic, but we have always been passionate action figures. We mostly work on movies and tv projects. I always dreamed that maybe someday, if we worked on enough projects and with a little luck we would maybe EVENTUALLY be able to develop our own ideas through animation, and then IF that was successful we would be able to make toys for it, so it was a total hail Mary crapshoot if that was even possible. But through the power of the internet we were able to jump straight to the fun part thanks to a small and passionate fanbase, which more than anything gave us the confidence to move forward with our dreams.

John: How were the some characters and story conceptualized

Ricky: We always wanted to tell stories from a Caribbean perspective. I personally am Venezuelan/Cuban and I always thought there was a lot of interesting textures, stories and lore to bring into fiction. So, we had a few different ideas about making tropical post-apocalyptic worlds and sci-fi, but we started developing what a more tropical fantasy world might look like. Where instead of dragons we had giant iguanas, and pirates instead of knights in shining armor.

John: May you tell us a bit about your creative process?

Ricky: We usually start with a lot of sketches and concept art, but when it comes to the design, we come from more of an animation background. So, silhouettes and appealing shapes are really important when sketching out new monsters. The details can be filled in later, but if the general anatomy isn’t interesting to look at then no matter how many layers of clothes you add it will be hard to fix that.

John: Awesome! Let’s talk cartoons and comics! Do you remember some that you enjoyed as a kid?

Ricky: When I was a kid in Latin America the animations, we had were Caballeros del Zodiaco (Saint Seiya), and Dragon Ball. Both blew my mind as a kid, especially since they were totally uncensored. But more for me and my brother toys was kind of our TV, we would pick up whatever we could from our brief trips to Toys’R’Us when we would go visit family in the US. Then for the rest of the year we would have these action figures that we only really knew what information was on the box since we didn’t necessarily have access to the shows. So, we’d end up making our own stories with them and mixing different series together in our own thing.

John: Whenever we have creators of your caliber on, I like to ask if you have any words of encouragement of advice for anyone who might be trying to get into any of the fields you’ve worked it?

Ricky: Yeah, I think just getting new stuff out there is really important. I honestly also found it really discouraging that all the popular IP’s right now were developed in the 80’s and 90’s. Subliminally that tells young artists that they shouldn’t even bother making their own stories. That everything worth doing has already been done and all that’s left for us is to celebrate the success from the past, like a musician only being offered the opportunity to play in cover bands. The project that really inspired us to even give this a go was Spero’s Animal Warriors of the Kingdom. Seeing that Kickstarter succeed made us think we might have a chance! So, if we could inspire a few more people to launch their original IP’s that would be incredible. After that my next suggestion is try to build a following around your idea BEFORE launching the Kickstarter. You need to identify your audience and hear feedback before asking for money. Because a lot of times we will think our ideas are awesome but it isn’t until you put it out there that you can really identify what is connecting. 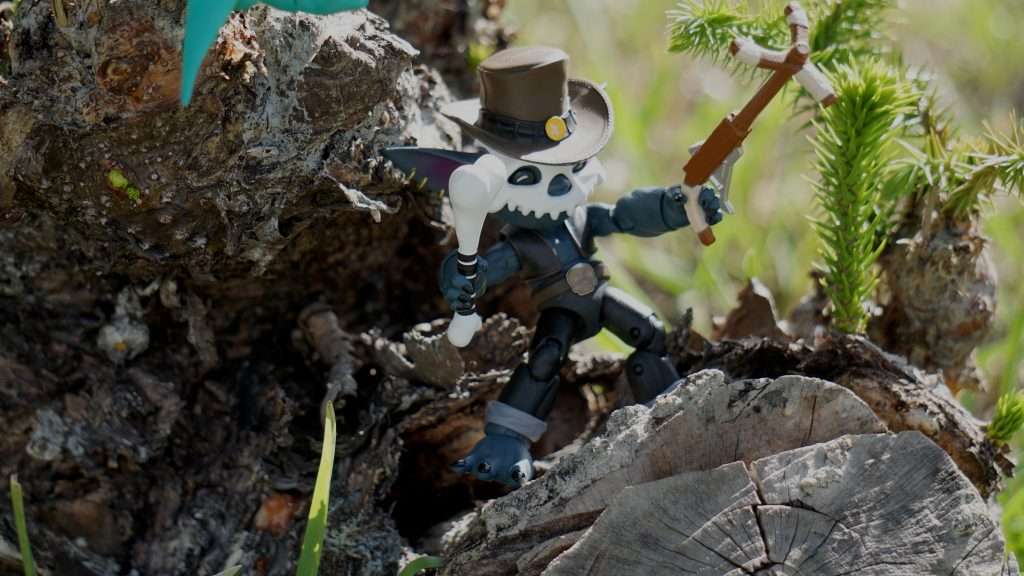 John: What would you say has been the most challenging part of getting a project like Plunderlings off the ground?

Ricky: The tooling costs to make an action figure is astronomical. So, it only really makes sense to go into mass-production if you can guarantee a minimum of 1,000 units of each character. That’s why it is really important to get your designs out there with 3D resin prints first to slowly build a following and see if you sell that many.

Ricky: Just if you like what we are doing please support us on Kickstarter so we keep making cool toys, 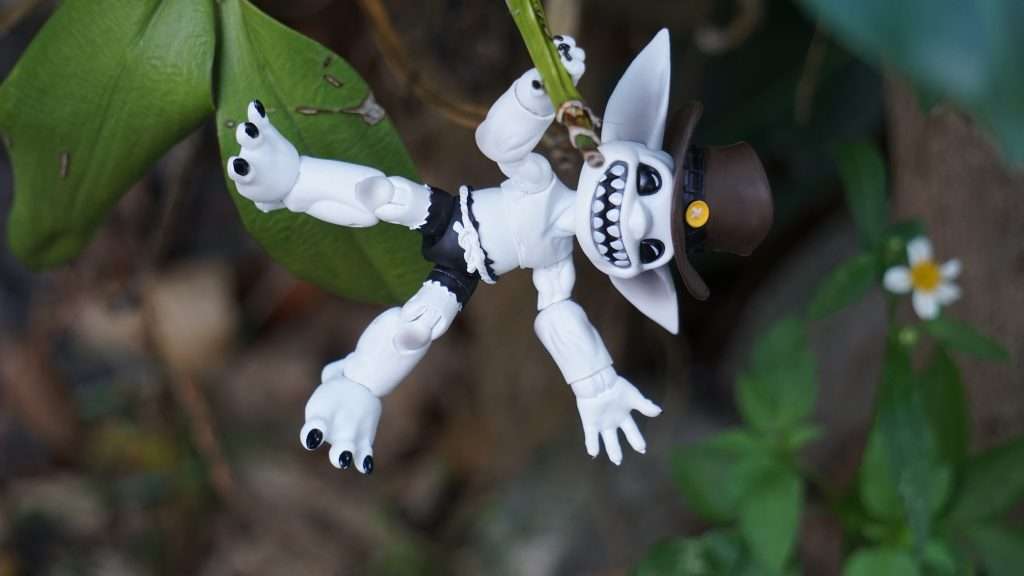 John: Thank you once again for being a part of Indie Toy Showcase. It was a blast! We wish you the best of luck and hope for a very long life for Lone Coconut and Plunderlings 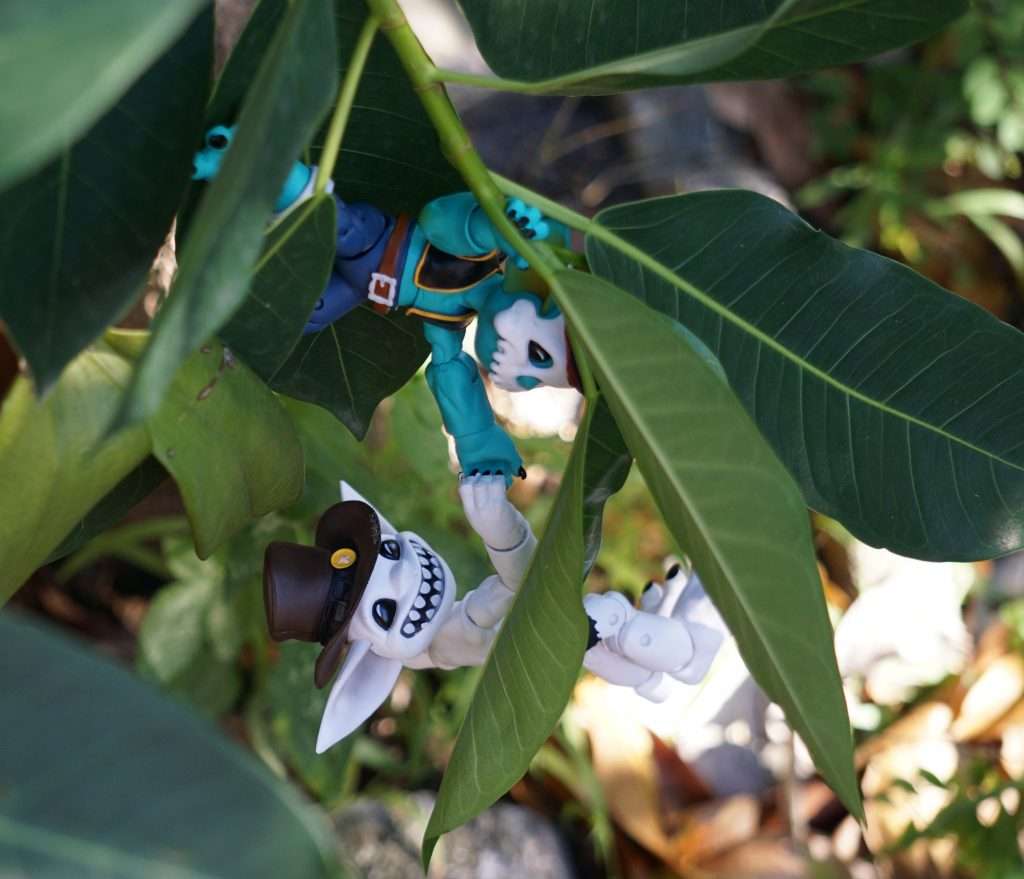 If you enjoyed the interview as well as the images, and want to get a set of the figures yourself, they are available for sale in the links below.