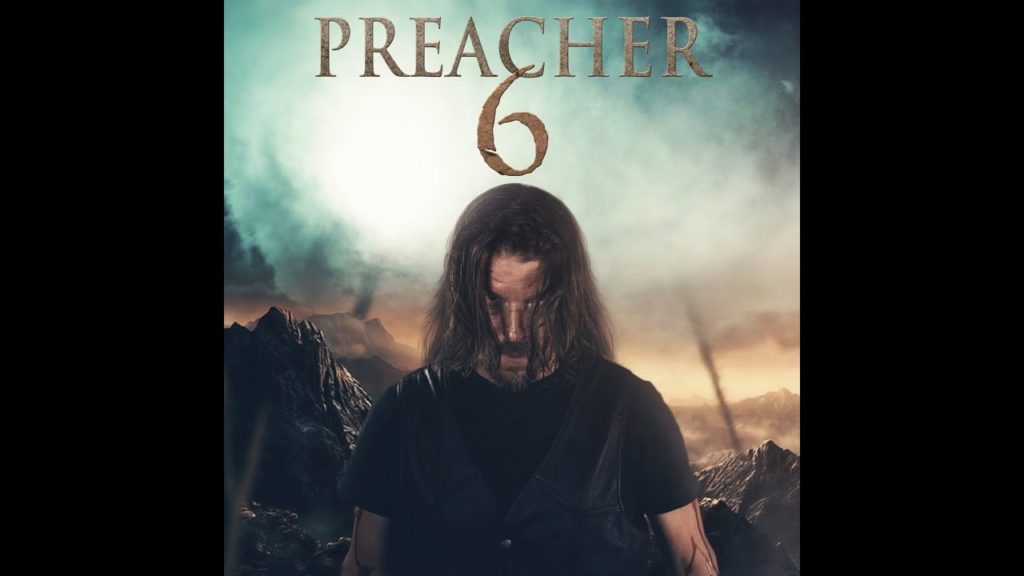 An Interview with Kyle Hester

Welcome dear friends and readers to the first installment of Indie Film Showcase. Today I’ll be chatting with actor and indie filmmaker Kyle Hester, who is currently crowd funding his film projects via Patreon. Hester was born in New Orleans La. to a professional football player father (Ray Hester of the New Orleans Saints) and a cheerleader mother (Hollis Huntoon). His inspiration to act came early in life starting out in drama class in junior high school. Kyle then attended the High School for the Performing and Visual arts in Houston, TX. He double majored in theatre and dance in his senior year. You may have seen him as a dancer in Houston at The Tower Theatre.

Kyle has had the honor of working with award winning directors John Frankenhiemer, Bruce Beresford and Mark Shelton to name a few. His film career has taken him to both sides of the camera including building the 1/3rd scale sets for “Team America” and being the art department lead man on the T.V. show “Wipe Out”. Keep an eye out for his first producing venture “Burden of Freedom” where he will produce as well as play one of the lead characters. You may also know him from other films like 2016’s The Chair which is based off the Alterna Comics series of the same name.

Check out this fantastic acting reel. You can find it and much more on Kyle’s Youtube channel.

John Lemus: Kyle, welcome to and thank you for being a part of the first Indie Film Showcase.

Kyle Hester: Thank you for having me here as your 1st guest I am honored to be the 1st guest thank you.

John: Kyle, how did you get started in the world of acting and filmmaking?

Kyle: It actually started in junior high school. I was watching a TV show, ‘Fame,’ an old show about a performing arts high school. I saw these kids dancing on tables and having a blast and I was like “you know what? I gotta do this!” So I made up my mind and I did it. 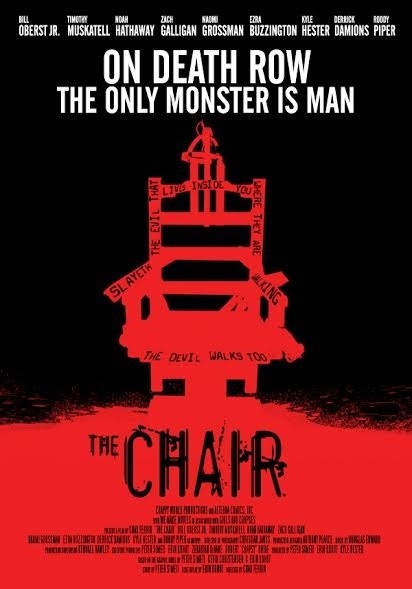 John: We actually have a mutual friend, Peter Simeti, you played ‘Bowen’ as well as have an executive producer credit on the film adaptation of his indie comic The Chair. How did that come about?

Kyle: I actually began ‘The Chair’ experience as an actor. After having lots of questions asked by Peter about various things, like where can we shoot it, and other stuff like that, I realized I knew most of the answers that he was asking me! He eventually asked me if I wanted to produce the film, and I said “yes, definitely!!” 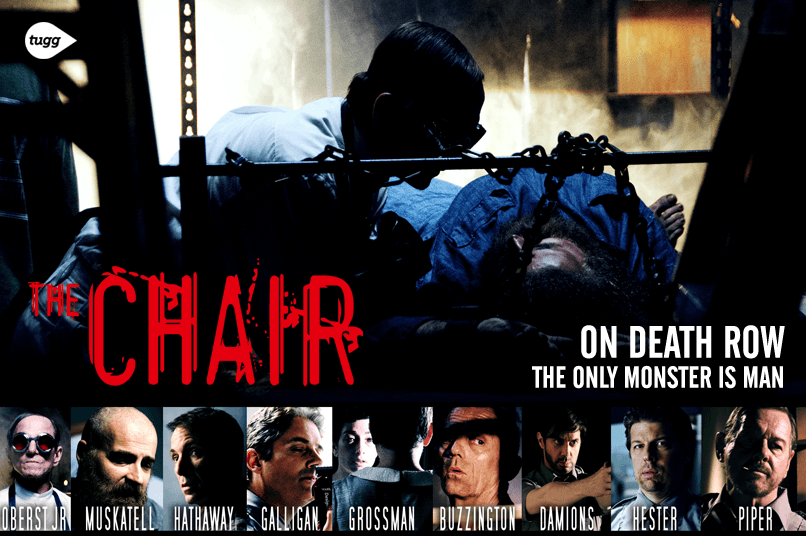 John: Fascinating! Are you into comic books at all?

Kyle: I loved all of the super hero comics growing up as a kid, so I was really happy to be able to be in a film based off of a comic (The Chair)!

John: Let’s talk about your current project Preacher Six. What’s that about, and why are you using Patreon to fund the project?

Kyle: Preacher Six is a horror, action, grind house film about a small town preacher who comes to the big city and ends up fighting evil in a literal sense. It is quite a ride! Check out our website for lots of information. PreacherSix.com The reason I am going the Patreon route is I feel like it allows people to get involved from the beginning beginning of a film and watch it all happen. It’s also as inexpensive way to do that. I don’t know if anyone has done what I’m doing as far as films using Patreon. I hope your readers will check it out at patreon.com/kylehesteractorguy.

John: What are some of the things that get your creative juices flowing?

John: Cool, Kyle. Tell us a bit about your creative process.

Kyle: I think you have to trust the team around you. Film is a really big collaboration. So…. put the best people around you and get to it! 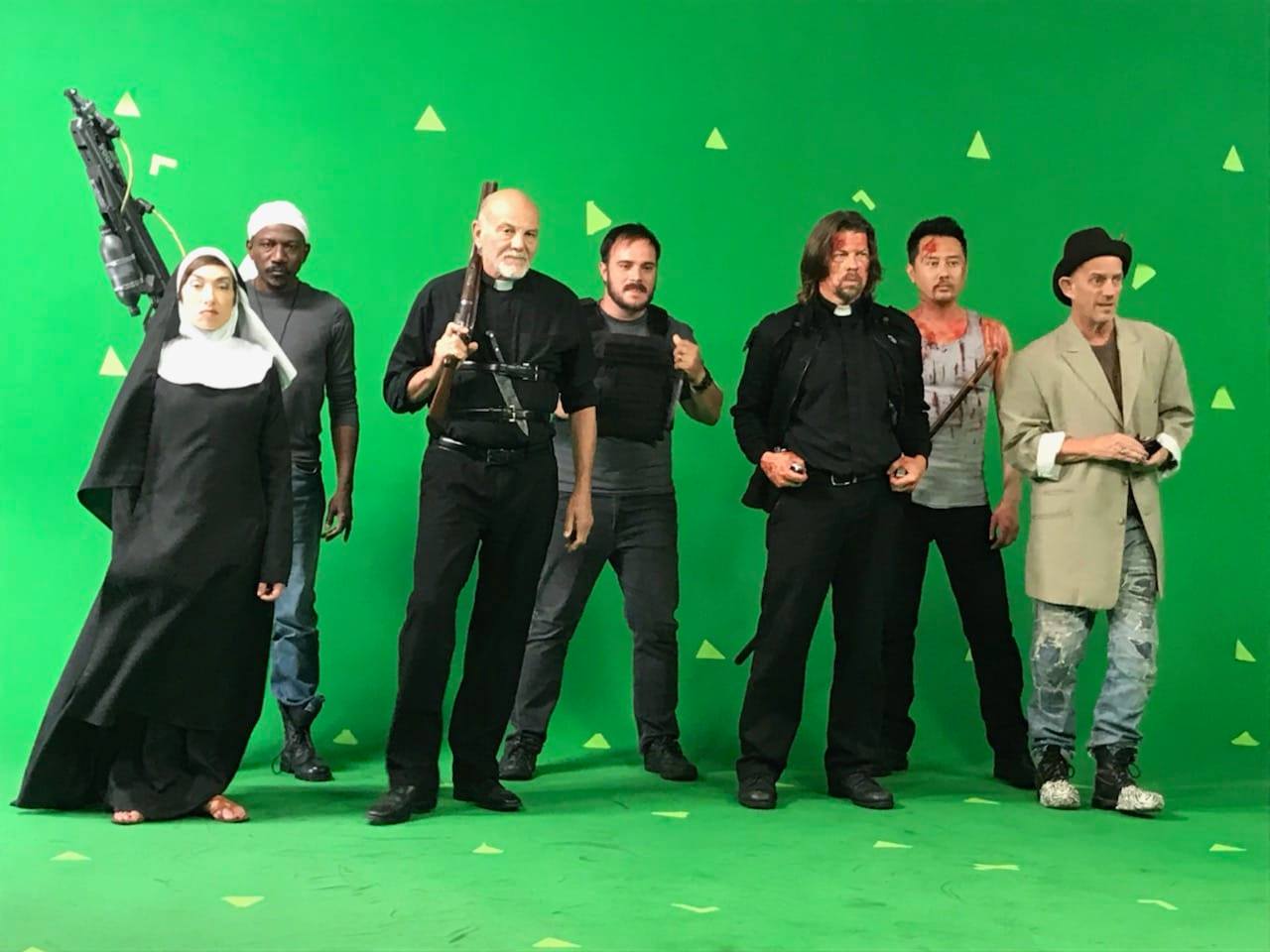 John: What are your hopes for your current projects and for the future ?

Kyle: I hope to get to a place where we can make a film per year. Make a splash in this crazy world. 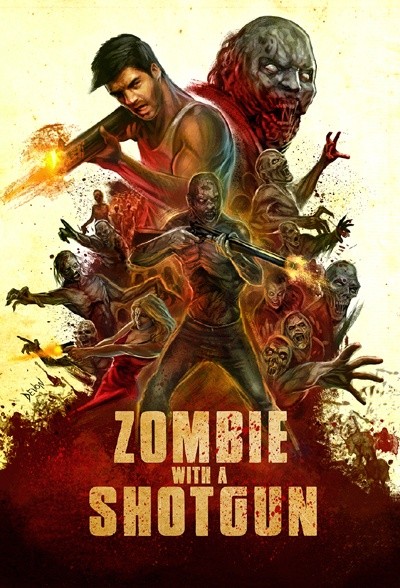 John: What will we be seeing you in next, Kyle?

Kyle: The next project you can see me in is Zombie With a Shotgun! It is a real mind twister, art house film that will be coming out this fall.  It’s an adaptation of the popular web series of the same name. In it, I play a bounty hunter named Hank Ray. Follow the project on Twitter @ZombieWaShotgun

John: Awesome Kyle! Thank you again for being the first Indie Film Showcase interviewee, and we wish you the best of luck and all of your current and future projects.

Kyle: Thank you so much for having me on!! I hope this is a huge success for you, John!

I hope you have all enjoyed the first Indie Film Showcase as well as getting to know Kyle and some of his work. Remember if you liked what you saw and want to show your support, check out his Patreon Page.