Hello friends and readers, welcome back to Indie Comics Showcase. The weekly blog where we try and bring you our pics of the top Indie Comics from across the web, as well as interviews with their creators. We have some truly outstanding crowd funding campaigns this week for you to learn about, enjoy, and hopefully support by making a pledge!

Remember that every little bit counts, from the single dollar pledges to the ten dollar, and of course the higher ones. Some of these campaigns have got some great higher tiers which add even more value by offering stuff you can’t get anywhere else. Thank you all for being the best part of Indie Comics Showcase! Let’s jump in!

COLLEGE OF THE DEAD 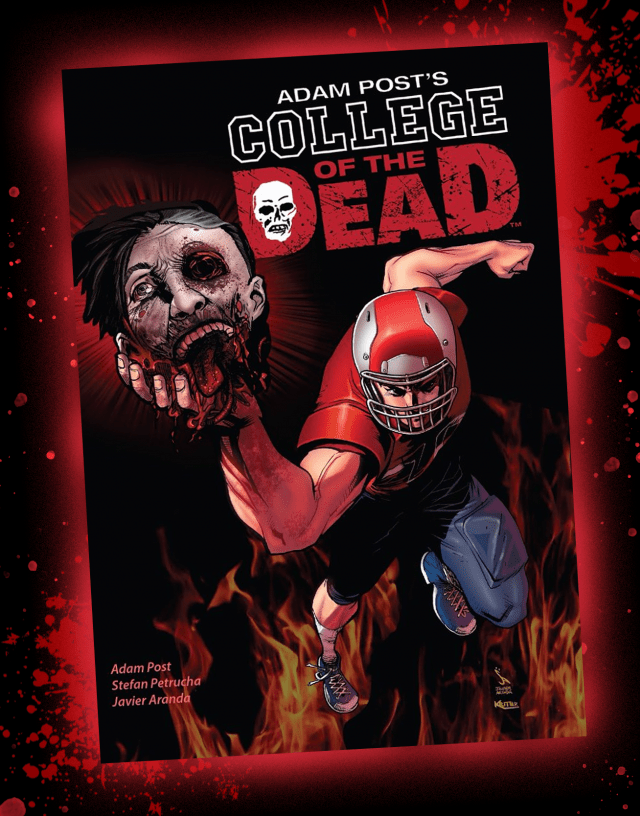 TEACHERS and STUDENTS FIGHT for their LIVES as the DEAD EAT EVERYONE IN SIGHT. 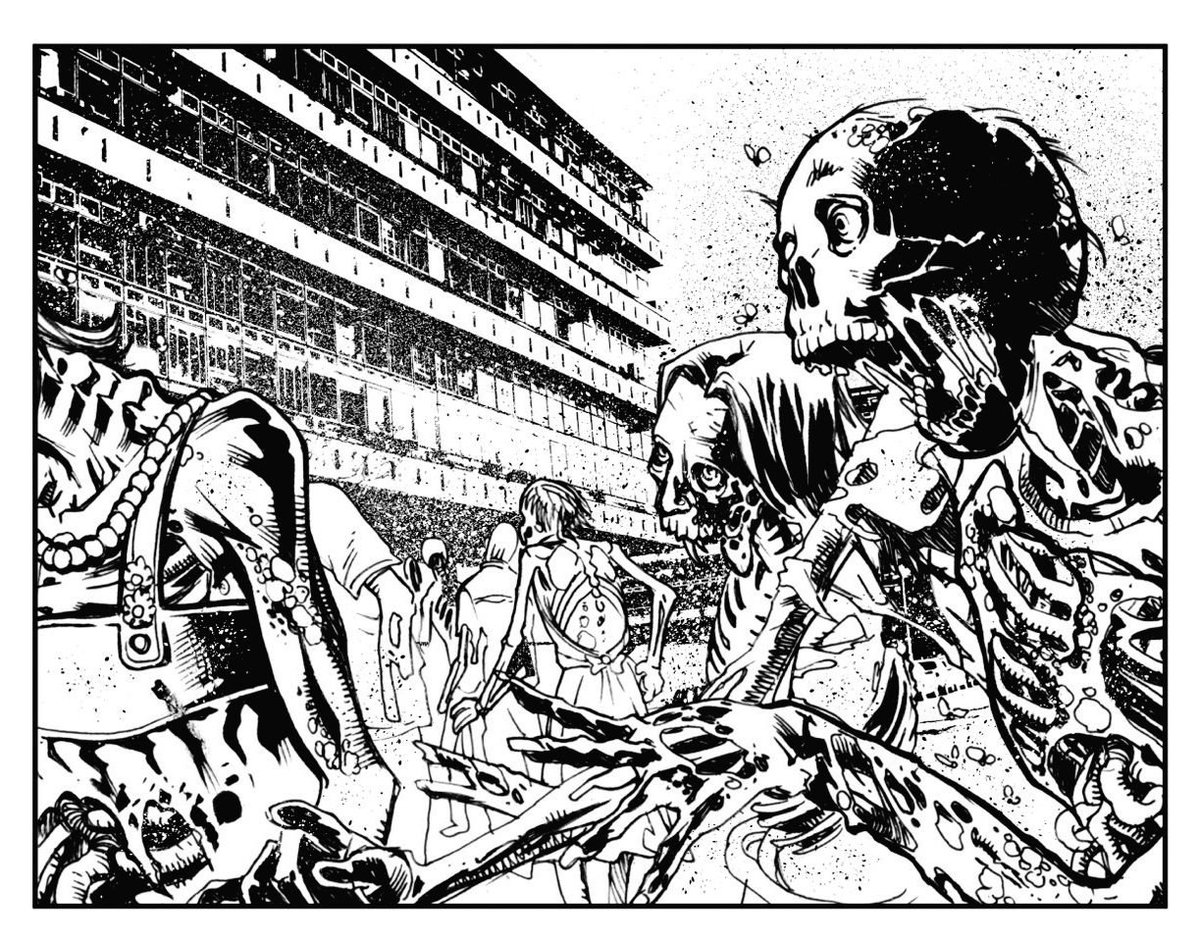 John Lemus: Adam, Welcome to and thank you for being a part of Indie Comics Showcase. It’s a great pleasure to be discussing your Indie Comic, COLLEGE OF THE DEAD.  Before we get started I was hoping you could tell us a little bit about yourself for those who may not be familiar with your body of work.

Adam Post: Hi John!  Absolutely.  I started self-publishing at 15 with G.I. JACKRABBITS back in the 1980’s.   Then took a few years off to finish high school and start college.  During college I started Personality Comics focusing on biographies and then later Spoof Comics specializing in female parodies of famous superheroes, finally launching Chromium Man, a part of the Triumphant Comics color comics integrated universe.   I did some additional comic books after that VAMPIRE GIRLS, ANGEL GIRL, DREAM ANGEL and others in the late 1990s.   I joined the Platinum Studios, the company behind the comic and film COWBOYS & ALIENS  board of directors and worked with them for awhile.  Very interesting work. 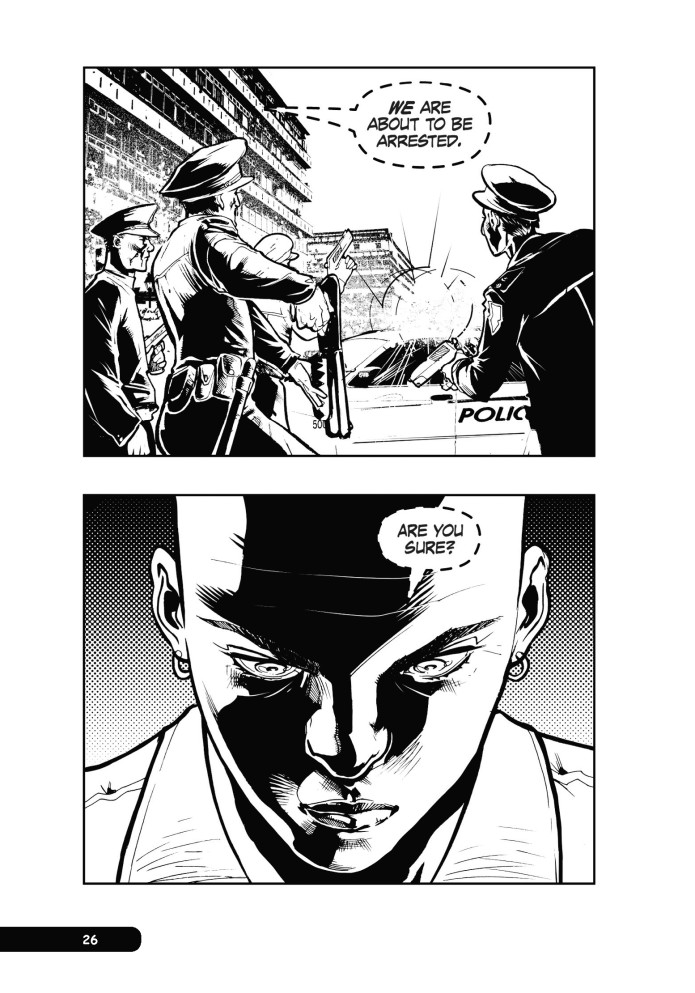 John: Wow, Adam! That’s quite the pedigree. What can you tell us about COLLEGE OF THE DEAD?

Adam:  COTD is an ongoing zombie apocalypse series taking place on a college campus.  It’s your classic Romero-style fixed universe where professors and students fight for their lives to survive. 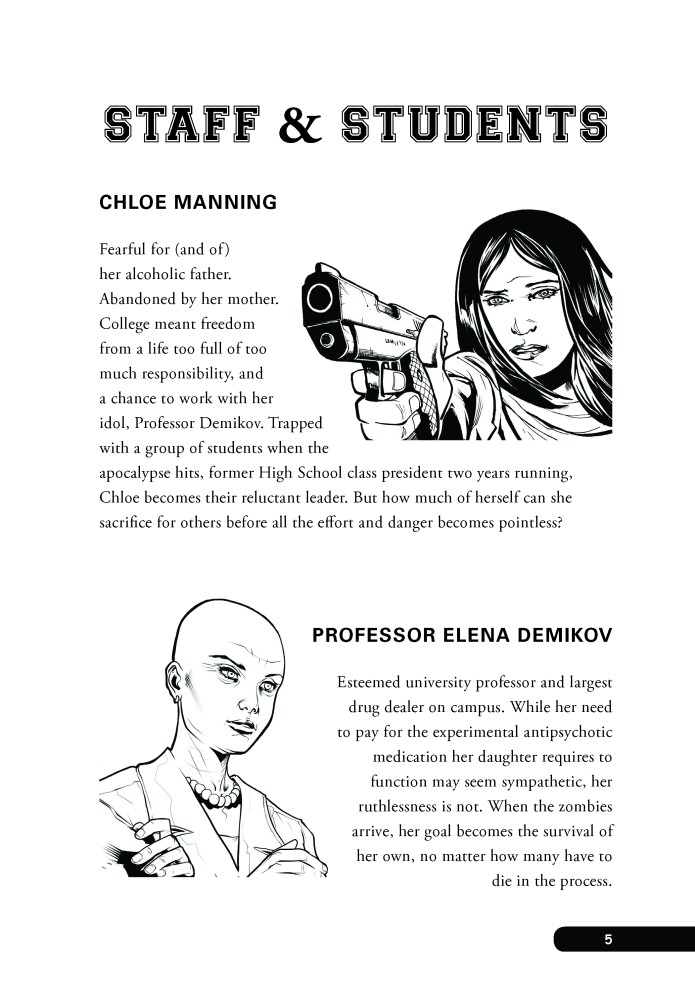 John: How did COTD come to be, and how were the characters and story conceptualized?

Adam:  I signed up Stefan Petrucha to write, and he and I collaborated on the story. We created profiles of students and two of the professors to work from and Stefan contributed a great amount to the characters and introduced some new characters.  He and I are both dads, and you see that influence in making the characters really come alive.  No one does characterization like Stefan.  He really blew me away with his work. 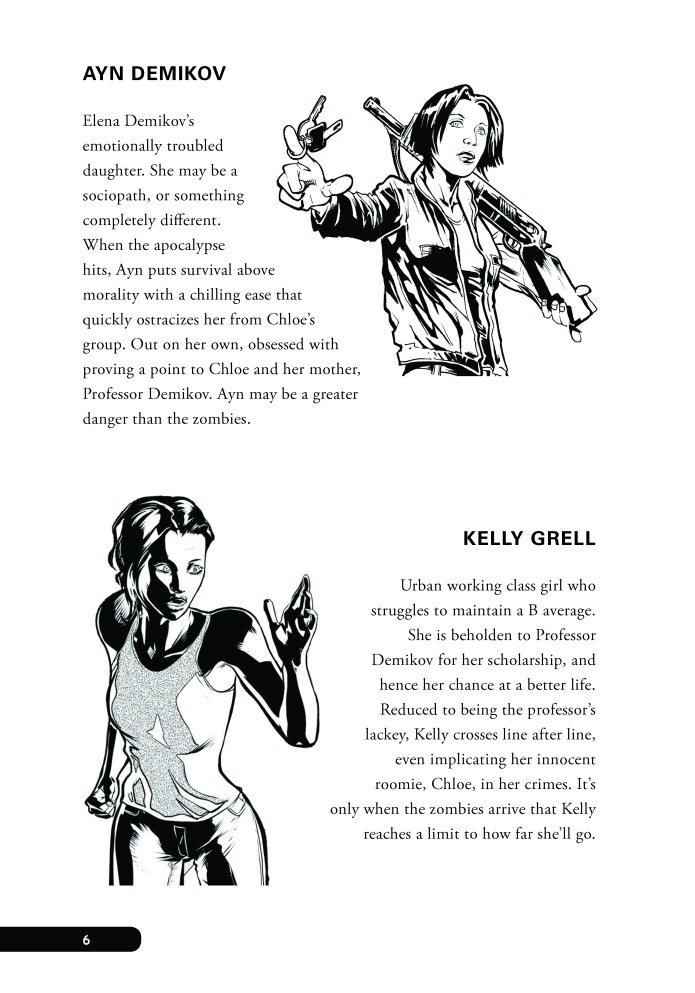 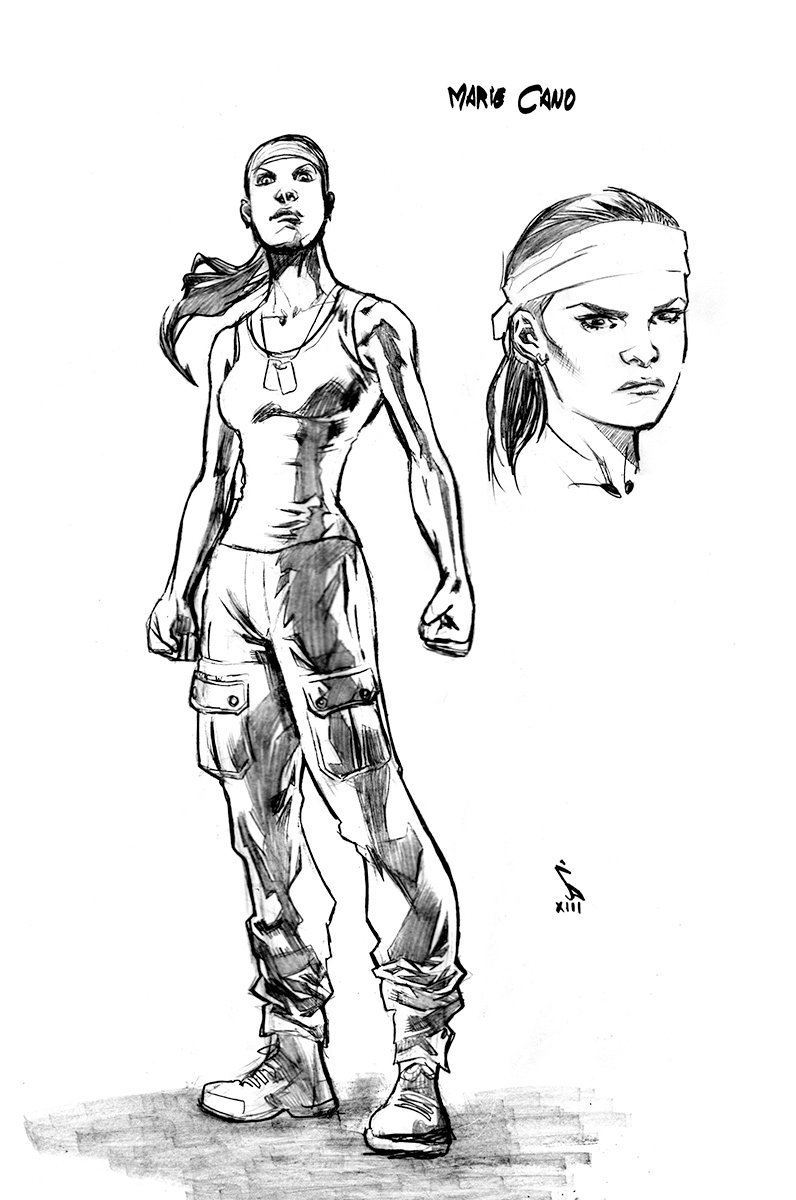 John: What about COTD made it a story you wanted to tell?

Adam:  COTD is the opportunity to create a zombie apocalypse universe with unlimited opportunities to tell stories from all kinds of characters.  We’re focused on stories on campus, but we’ll get off campus in future books as well.  I’m drawn to see stories of human beings at their best overcoming difficult circumstances and like a war zone setting, a zombie apocalypse allows us to see people at their best and their worst. 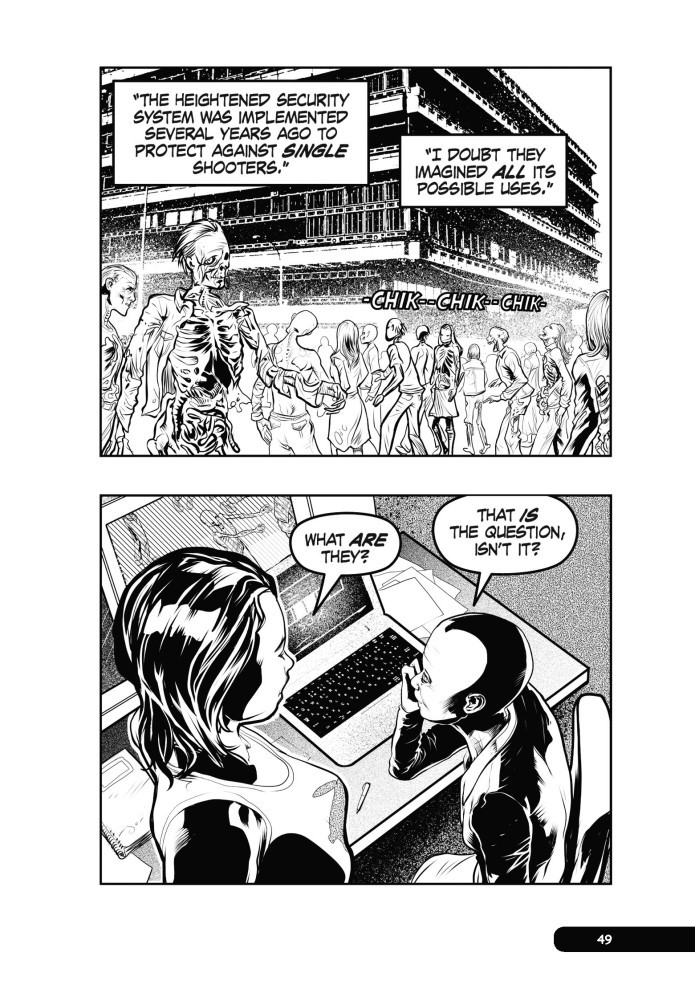 John: What are some of the things that get your creative juices flowing while working on COTD? Do you read other material, or watch any shows,  or listen to any particular music as you work?

Adam:  I’m really an idea person who loves to collaborate with talented, disciplined people.  Stefan and I worked really well together and I’m collaborating on a full color reboot of GI JACKRABBITS with Michael Critzer aka Professor Geek.  He’s a tremendous asset to anyone looking for help to go from concept to completion. 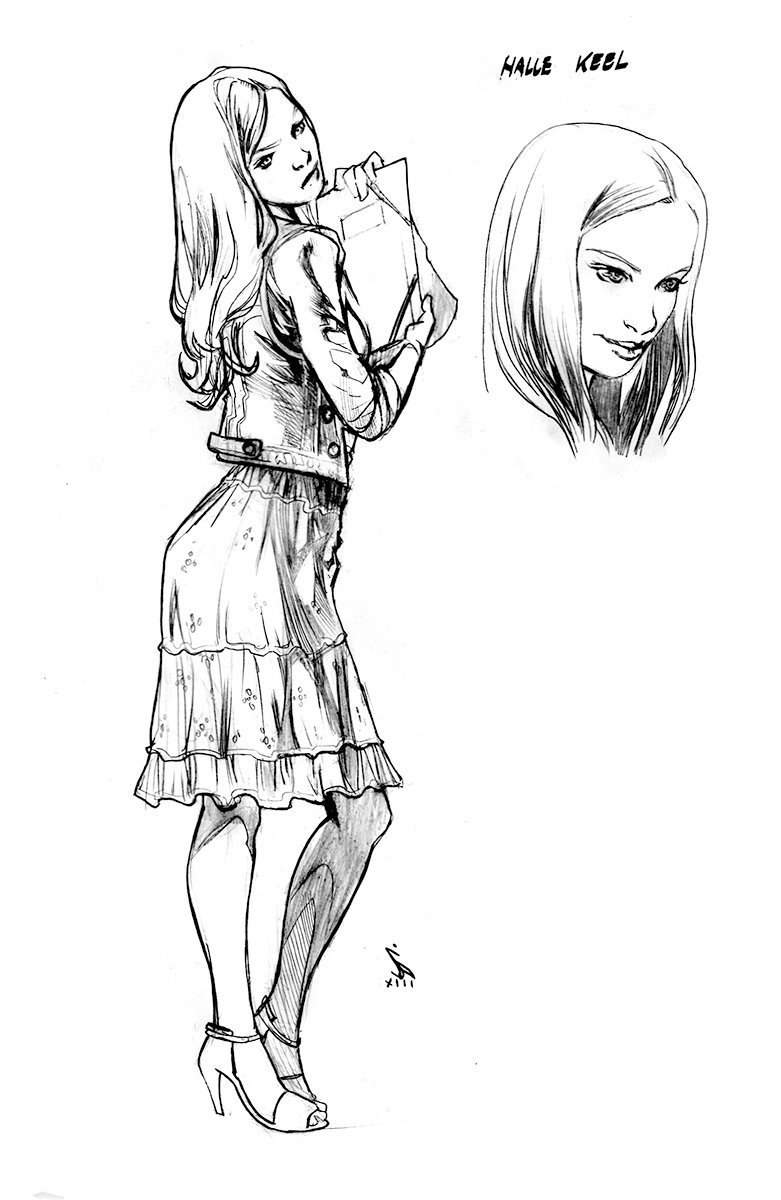 John: We’re big fans of the good Professor Geek here at Bleeding Fool. What are some of the first comics that you remember reading?

Adam:  Early Fantastic Four really pulled me into comics.  The Jack Kirby dynamic and engaging style and fun exclamation-point filled writing of STAN LEE was fascinating to me.   I discovered those comics as back issues in the 1970s.   GI JACKRABBITS is based on the four character dynamic of the Fantastic Four. Comics like Fantastic Four (Kirby/Lee), Teenage Mutant Ninja Turtles, Jim Shooter’s Secret Wars, Chromium Man #1 with art by Adam Pollina (this was one I published, the best execution of a color project I developed so far, i love how it came out) all had major influences on me. 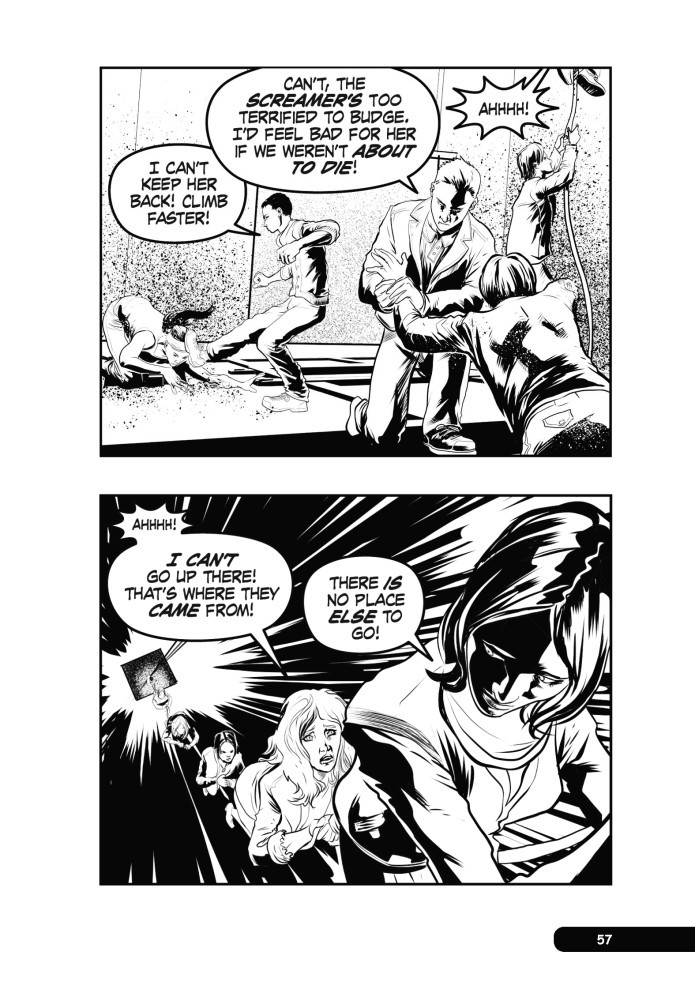 John: What influences have most affected your work?

Adam:  Two biggest influences Kirk Lindo, my friend and studio manager and VP of Development during the days we put together the Personality Comics art studio, and Jim Shooter whose career and work I followed since I was a fan of Marvel and his writing  in Secret Wars, then as a competing publisher with our Triumphant Comics universe (to his VALIANT COMICS) and then later when he and I collaborated to develop a number of projects based on characters not yet published. 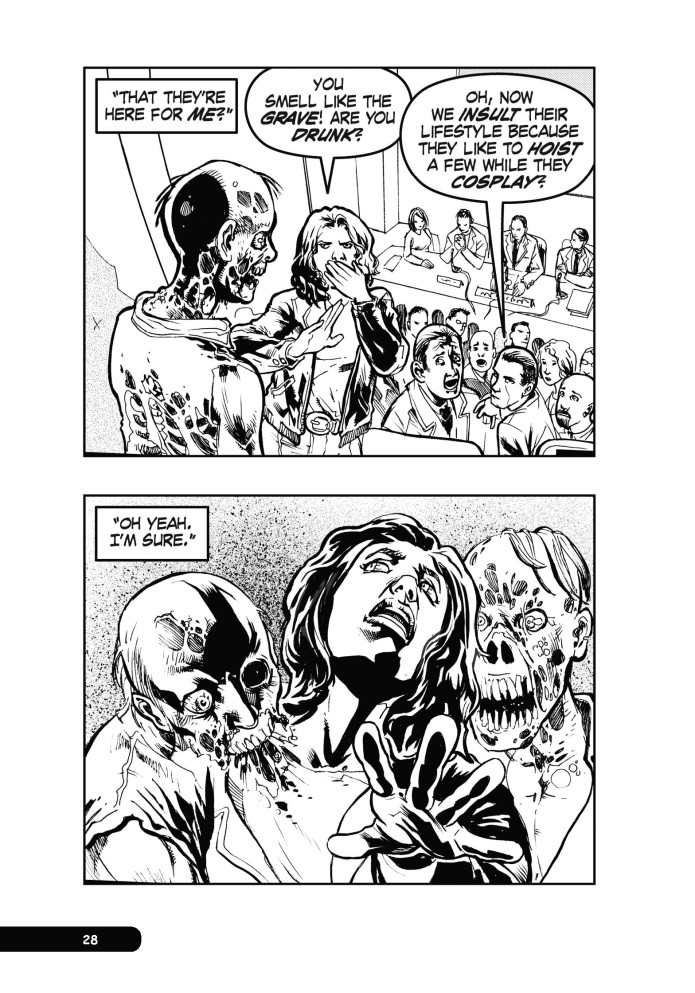 John: What are your hopes for the future of COTD?

Adam:  COTD has shipped to all it’s backers and is still available on in-demand at Indiegogo here. It’s planned to be the first of several projects I’m developing.  The most rewarding part of doing comics right now is working with all the other creators in ComicsGate.  There’s a sense of cooperation that goes far beyond helping each other with promotion.  Everyone is sharing ideas, resources and contacts for other creators, printers, YouTube channels, expertise, honest feedback and helping other new creators who want to join.  It’s a great time for publishing indie comics. 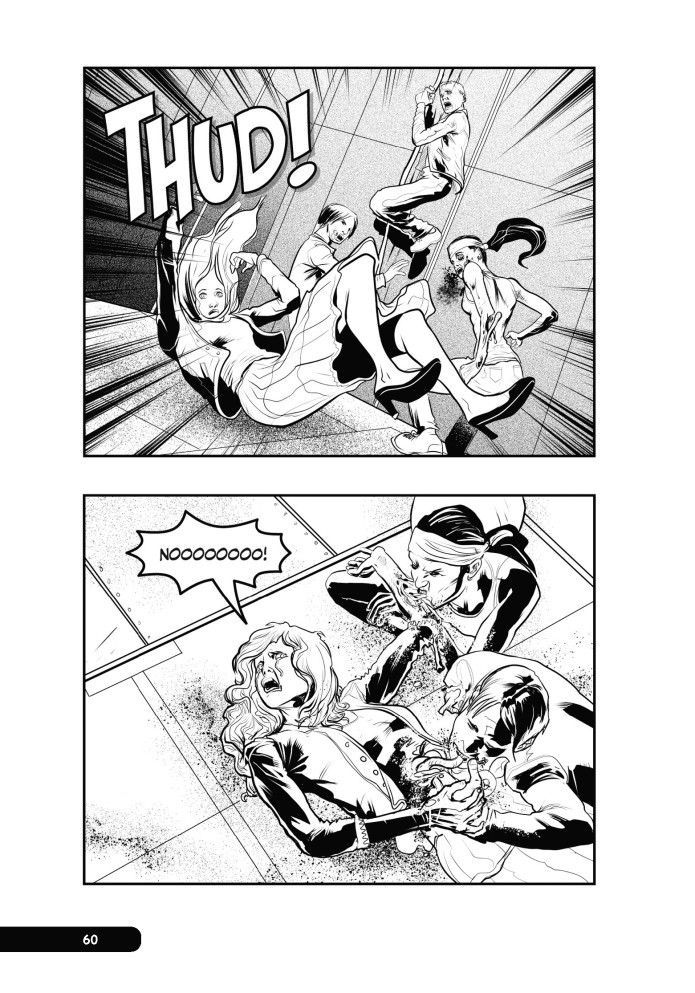 John: Tell us a little bit about your creative process.

Adam:  I’m an idea or high-concept person who values very disciplined, highly-skilled creative talents usually with years of experience in their craft.   I give talented people the room to do their thing and make sure the final product fits the idea. all the themes are coherent and match the vision and everyone has a chance to do their best work.  Some projects I do a good amount of the development work behind the writing, and on others the talent has so many ideas better than mine, that we incorporate theirs and discard some of my work.  It’s all about producing the best possible comics and giving the individual contributors the chance to really show what they can do.   With the right support a good creator can be a great creator. 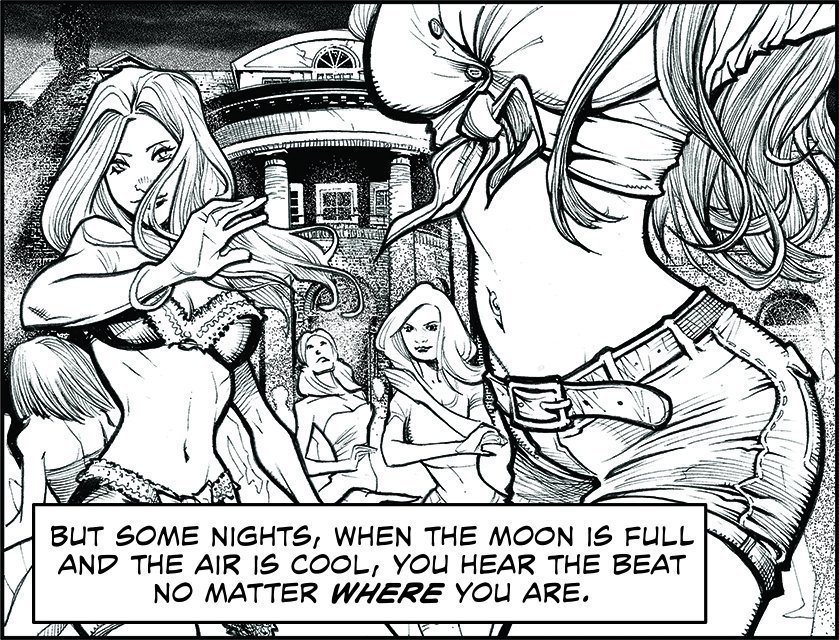 John: When we have a creator of your caliber I like to ask if you have any tips or words of encouragement for any of our readers who have hopes of putting out their own indie comics?

Adam:  Now is the time to do comics.  Talk to people on Twitter.  Follow people who are sharing and discussing #comicsgate.  Ask their opinion of your work.  Don’t be shy.  Take some chances but don’t risk it all.  Keep your promises and be known as someone people can depend on.  One of the best, young creators I found in ComicsGate is Karl O’Rowe. He’s self-publishing, writing and drawing DEATHSWORN.   He sets the example for sense of humor, dedication to quality and self-discipline.  Look him up on twitter and follow him, you will learn alot.  I’m there too at @comicswelove. Give me a follow! 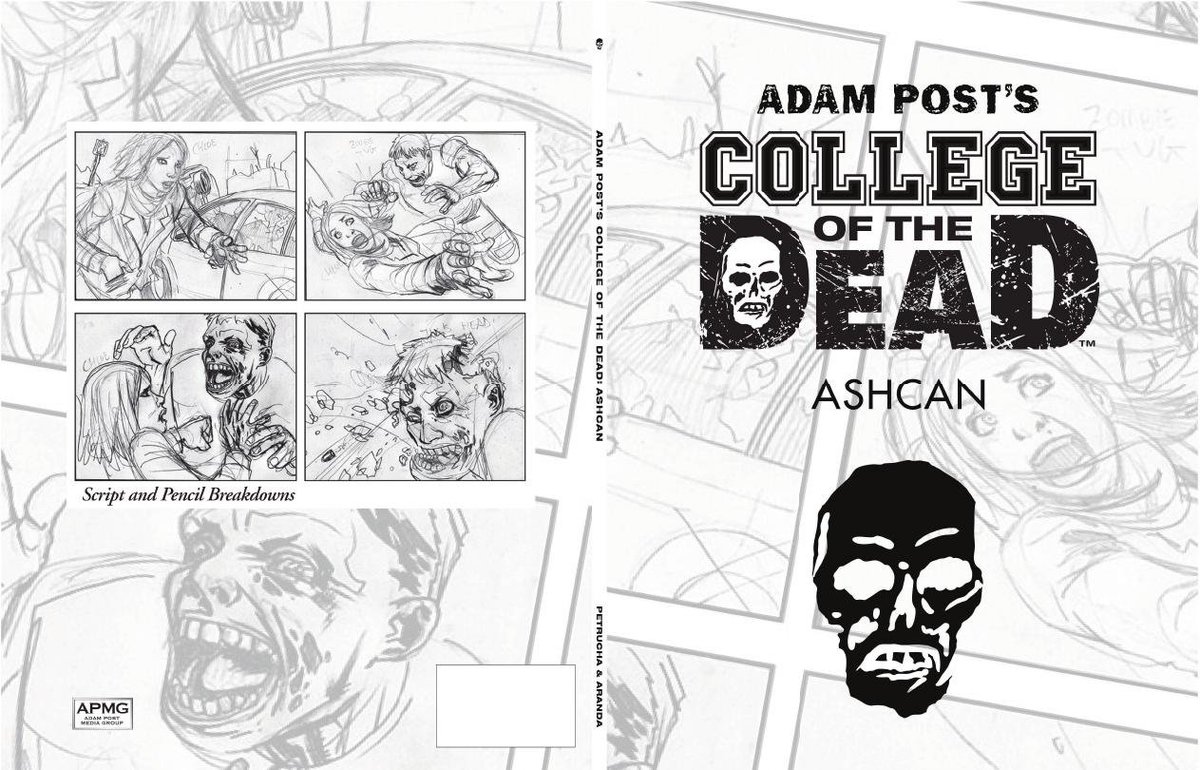 John: I’ve had fun, Adam. Anything else you want to share with us before we sign off?

Adam:  Yes! I’m doing more and more comics, pop culture and entertainment videos at my YouTube channel, ADAM POST SPEAKS, linked to AdamPostSpeaks.com. We’re growing the channel and I’m having a blast doing it. I’ve also got a couple of videos I want your readers to see. They’re shared below.

Adam Post's College of the Dead - REVIEW from PROFESSOR GEEK ! I LOVE this !
And Professor Geek’s review of COLLEGE OF THE DEAD 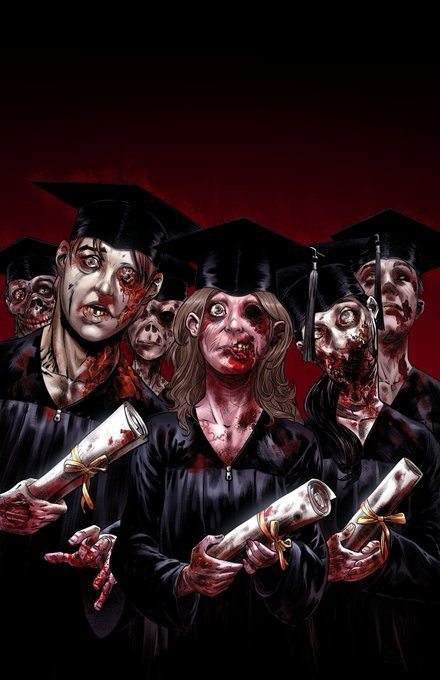 Thanks Adam! And that’s it for this installment! Remember to support indie comics!!!