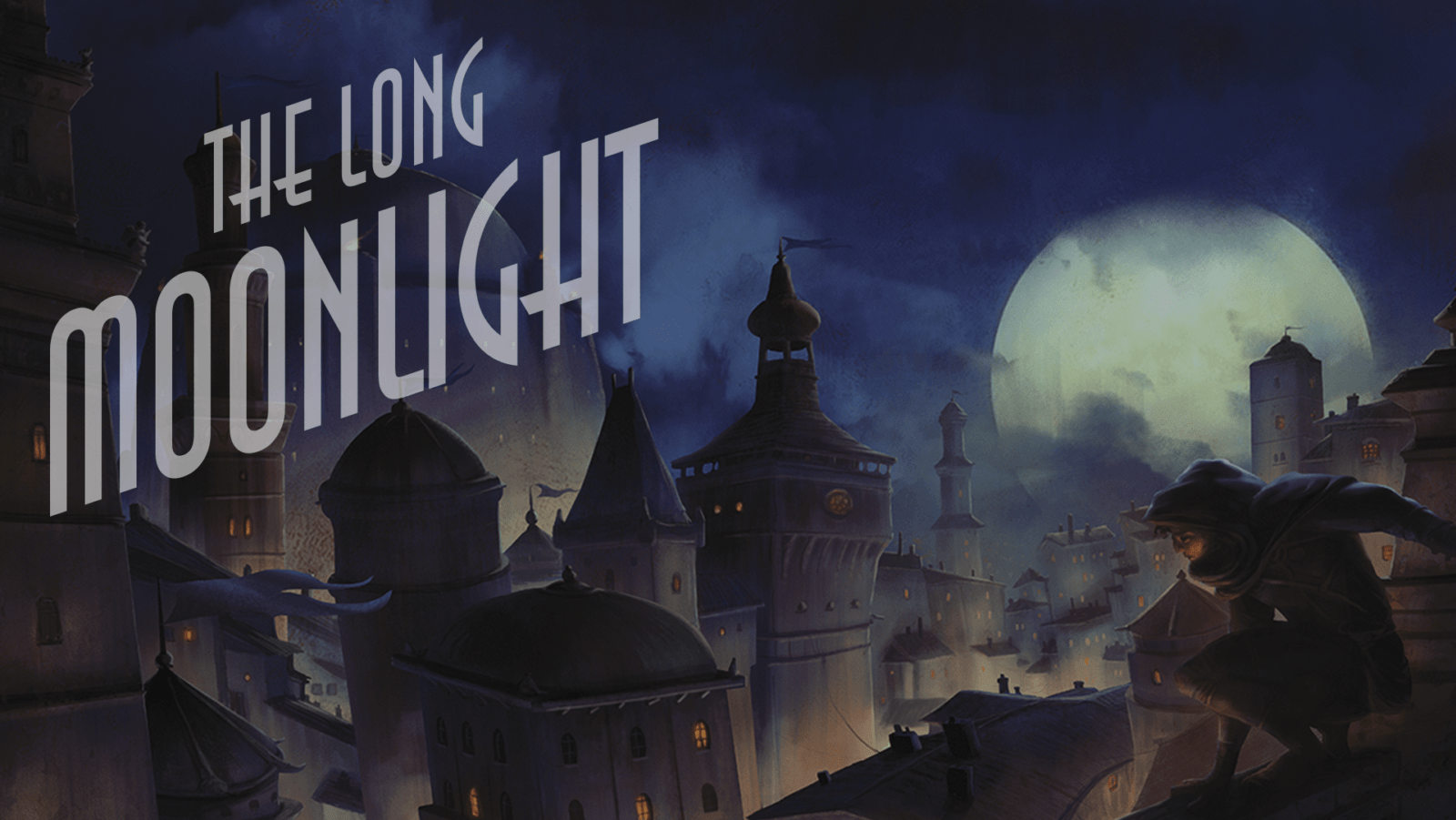 The pop culture critic with political swagger known as ‘RazörFist’ was born and raised in Phoenix, Arizona. He’s the host and producer of several web series, including Film Noirchives, Metal Mythos, and the very popular Rageaholic review and commentary series wherein I first discovered his razor-sharp commentary. He studied Political Science at the Walter Cronkite School of Journalism and Mass Communications and after doing a few illustrated short stories in various anthology magazines as a comic artist, this renaissance man has gone on to pen his first published novel, ‘The Long Moonlight.’ I spoke with him about it earlier this week.

Chris: Tell me about The Long Moonlight. What is the genre and what themes are presented?

Raz0r:  “The Long Moonlight” is a low fantasy noir crime tale set in a sprawling world. I suppose it’s an attempt to give readers the same feeling I received the first time I watched “Blade Runner”. A tiny story, that could in all likelihood take place on a single city street, but once you look outside the window, there is a vibrant, breathing, and detailed world, with languages, heraldry and history that supports the themes of the story.

The main character, Xerdes, is skilled, but regarded dubiously among his peers. For, as one of its only two remaining survivors,  he is believed to have possibly betrayed the thieves’ guild that trained him. The underworld of the city of Menuvia is so inextricably linked with the metropolis itself, the borders of each individual district were originally demarcated by the ‘Underseers’ (basically ancient crime bosses). Those borders still stand to this day, even after the Underseers were taken down by the City Guard. There has been an uneasy peace among the remaining crimelords. But Xerdes, in burglarizing one of their joints, unwittingly touches off what becomes a full-blown gang war. Caught between both sides, he elects to join one for one of the grandest heists in Valen history. Assuming he can survive the attempt.

Thematically, it is about a man in a low profession, slowly dawning to the realization that he isn’t morally compatible with the underworld, and the consequences of his awakening heroism. In the words of Raymond Chandler:

“Down these mean streets a man must go who is not himself mean, who is neither tarnished nor afraid. He is the hero; he is everything. He must be a complete man and a common man and yet an unusual man. He must be, to use a rather weathered phrase, a man of honor—by instinct, by inevitability, without thought of it, and certainly without saying it. He must be the best man in his world and a good enough man for any world. He will take no man’s money dishonestly and no man’s insolence without a due and dispassionate revenge. He is a lonely man and his pride is that you will treat him as a proud man or be very sorry you ever saw him. The story is this man’s adventure in search of a hidden truth, and it would be no adventure if it did not happen to a man fit for adventure. If there were enough like him, the world would be a very safe place to live in, without becoming too dull to be worth living in.” 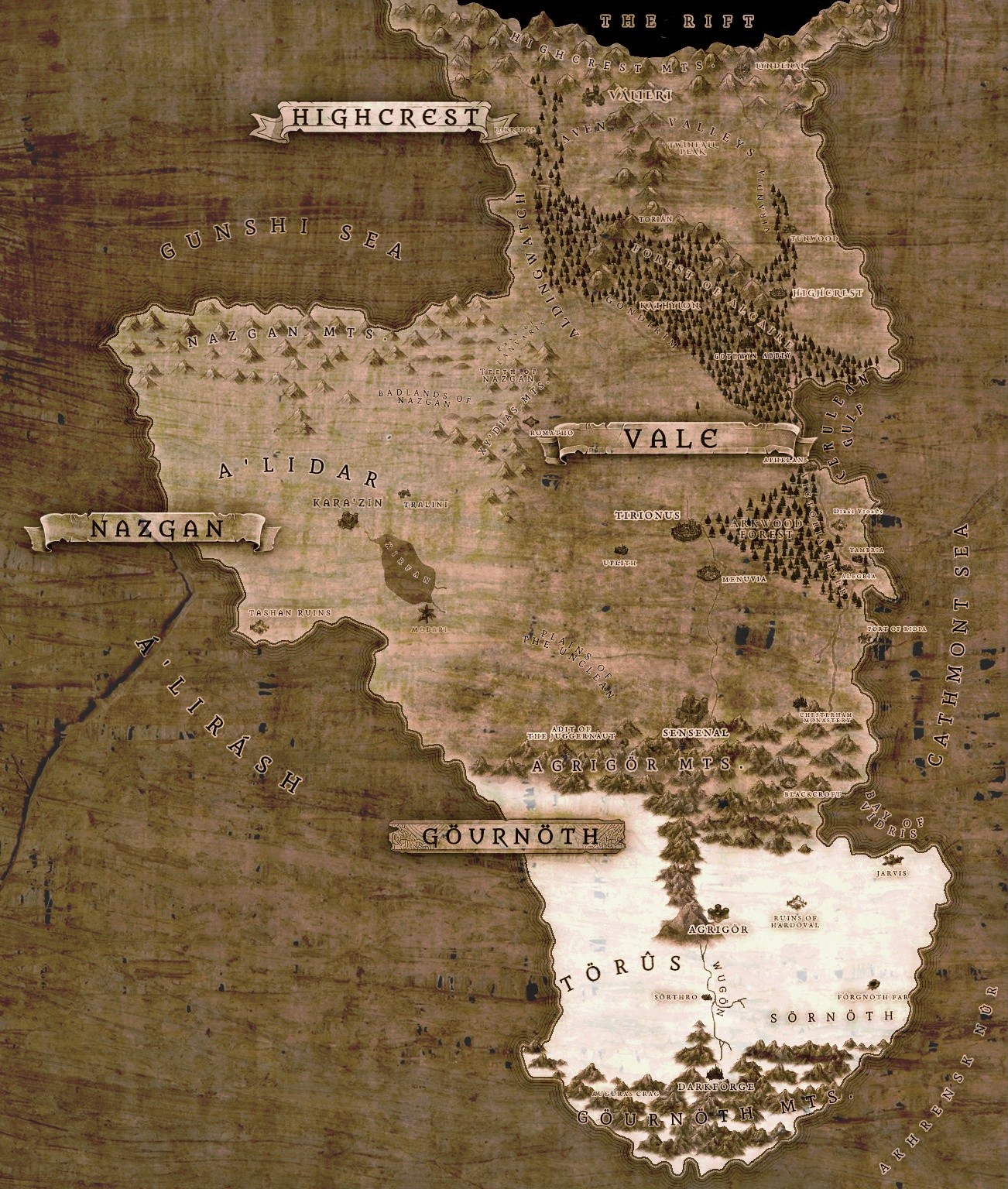 Chris: Intriguing. What are some other books your target reader might already have on their shelves?

Raz0r:  Unfortunately, there’s nothing 1-to-1 similar. Which is one of the reasons I wrote it. It’s a book I wanted to read, and didn’t yet exist. There are certainly stories of rogues, assassins, or even thieves (I recently got into Fritz Lieber’s Gray Mouser stuff, and I’m thoroughly loving it) and even attempts to smash Fantasy and Noir together. Though those tend to fall into pastiche in either genre. With ‘tough, world-weary detectives’ in a Fantasy world strewn with firearms and cigarettes. Nothing wrong with that. But that isn’t what I was attempting.

This is basically if Raymond Chandler or Dashiell Hammett wrote a Dark Fantasy story. Marlowe meets Conan (the thief version of Conan!) In fact, the basic structure of the plot – with the rival gangs, and one man in the middle playing them off each other (you’re welcome, Yojimbo!) – is inspired by the Dashiell Hammett classic, ‘Red Harvest’. Essentially, I’m smashing my two favorite Pulp genres together: Fantasy and Noir. 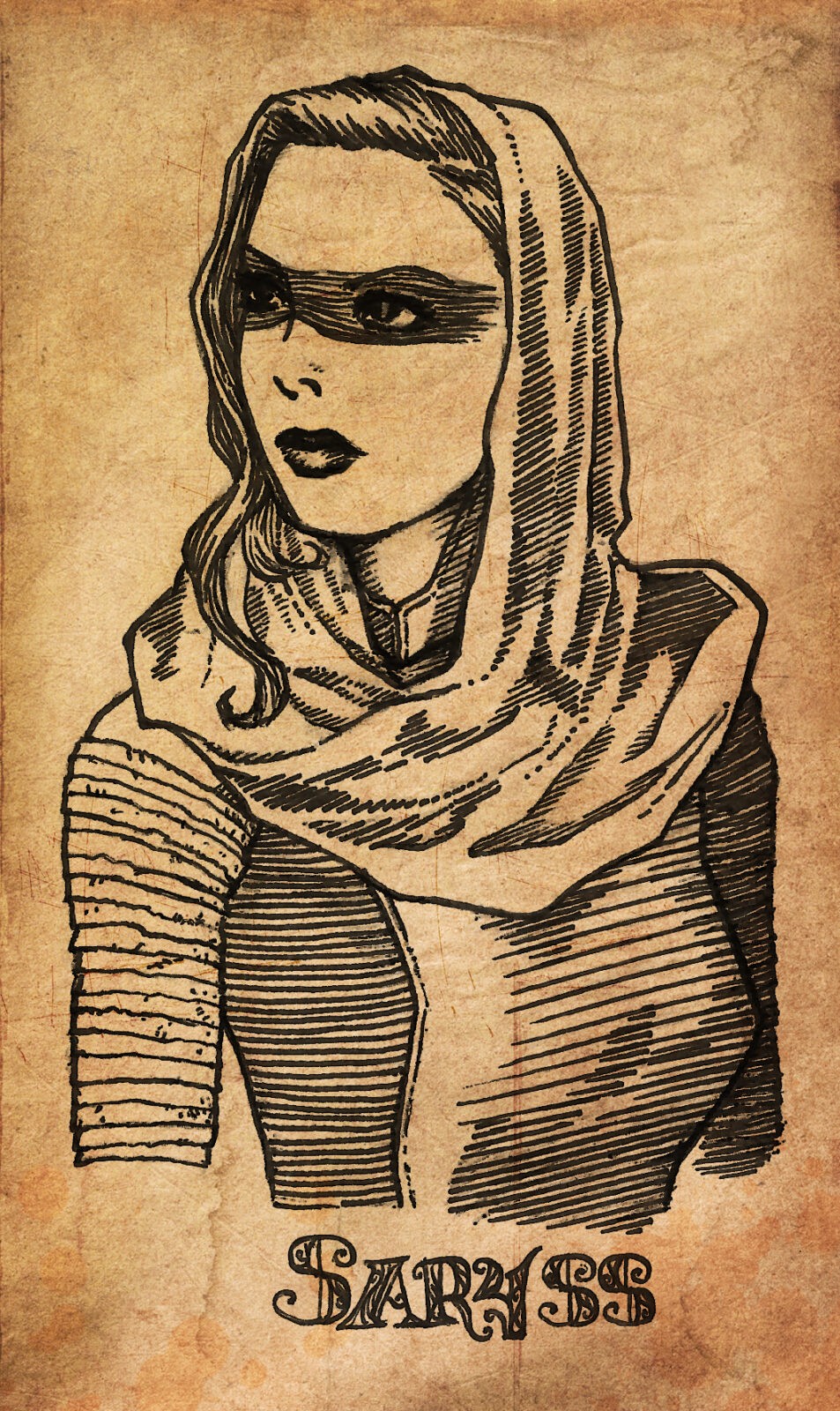 Chris: What inspired the creation of The Long Moonlight?

Raz0r:  I have wanted to write a story about a thief since I was first exposed to Robin Hood (still love “Prince of Thieves”, Kevin Costner’s American accent and all). But a combination of playing the Thief video game series for the first time in 1998 – and loving it – and my ongoing love affair with Fantasy that stretches back to “The Wizard of Oz”, planted the thought of an ongoing Fantasy story about a thief. I should say: The world already existed. It has existed since I was ten years old. I wrote an entirely different story, a full-blown duology, in that world, and fleshed it out further in my teens. But I wasn’t satisfied with that story, so I decided to write more drafts, and in the meantime, I was becoming obsessed with this idea of ‘Big world, small story’. I was fascinated by the idea that this detailed setting, with over 2,000 years of written history, 5 fully-formed languages and individual dialects, etc. could be zoomed in on. As close as you care to go. And still hold up, while telling any kind of story.

So the idea to set a crime tale, at street level, with this grand Fantasy backdrop presented itself, and I went for it, thinking I was going to write a proper, full-length novel, all the while.

By the time I got a few chapters in, my girlfriend pointed out “it has so much action” – and the both of us being Pulp fans, I made the obvious choice: Make it a short novelette, in the tradition of Sam Spade or The Shadow, and focus on plot and action, rather than whining about the characters’ cruel fate. Fully illustrated, in the style of ’30s and ’40s “Black Mask” issues. And so “The Thief of Menuvia” became “The Long Moonlight”.

Chris: The book’s promotional trailer has an ample amount of illustrations. Who is your artist?

Raz0r:  Outside of the cover illustration (done ably by “Dominus”, a magnificent artist) all of those sketches, maps and illustrations were done by me (under my art pseudonym of “Acerbus”). I started out in comic books. My dream from an early age was to be a published comic book artist, which I thankfully accomplished many years back in a couple of anthology magazines and the like.

The recent success of other endeavors, such as YouTube, has sidetracked me from that somewhat. This Pulp is an attempt to dip my toes back in the fertile creative ground I sprang from. Some of those maps might show up in the book, but the illustrations were done especially for that video. The book is fully illustrated at regular intervals, including maps, and those are done by professional illustrators. Though some are based on my original sketches. 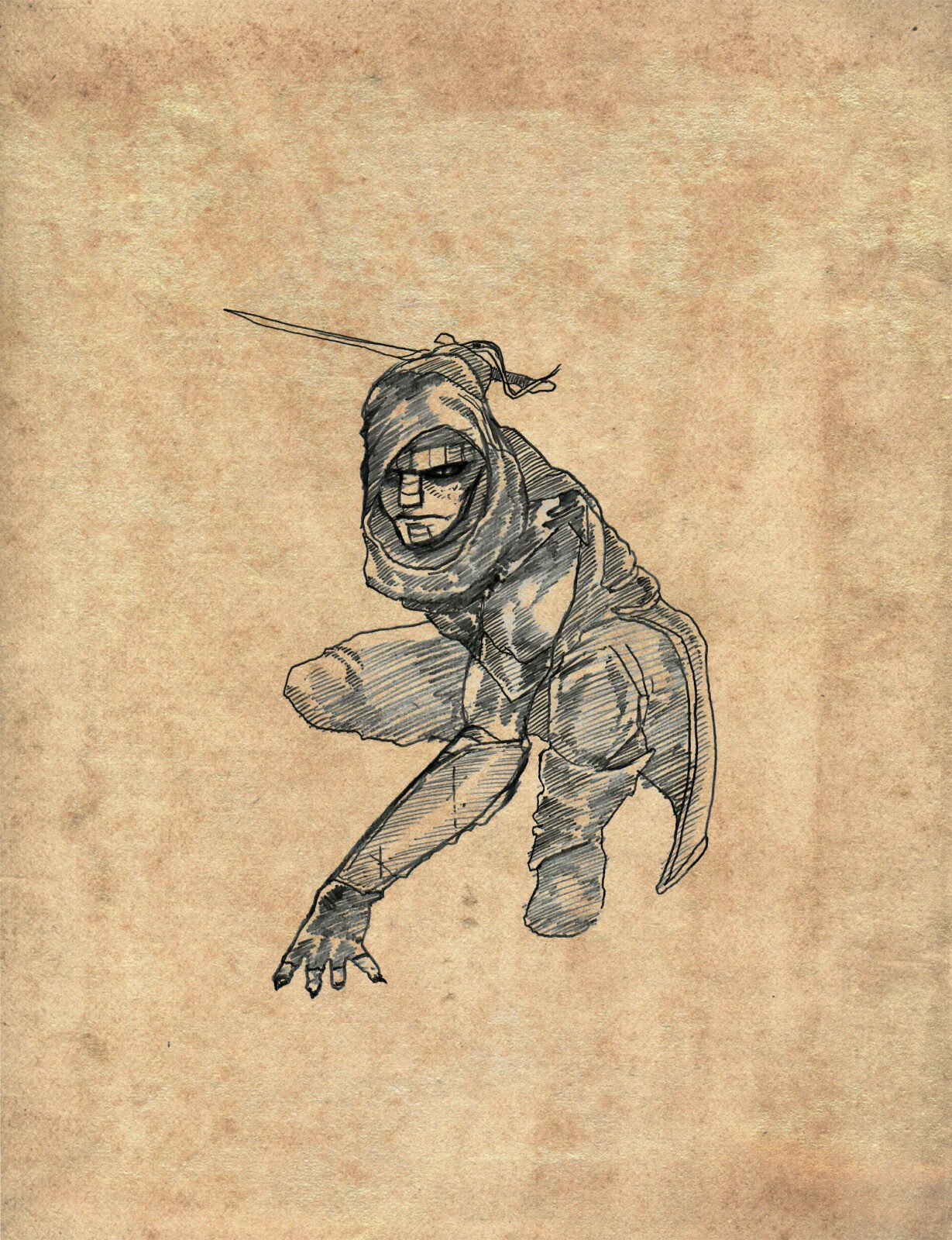 Chris: What made you decide to publish this under your RazörFist pseudonym rather than your legal name?

Raz0r:  I would have published it under a pseudonym regardless, to pay tribute to the “house names” of the Pulps in the ’30s and ’40s, such as “Maxwell Grant” and “Kenneth Robeson”. My original plan was to publish it under a different nom de plume than “RazörFist”, but to avoid confusion among my audience, I went ahead and used it. I still sort of regret that, as I think it could have been cool to have multiple authors write Nightvale stories under the same house name later on, but what’s done is done.

Chris: I’m a regular viewer of your rageaholic rants, and you regularly criticize books, films, and videogames. Did you ever consider that now your work could be subjected to those same kinds of critiques?

Raz0r:  I certainly hope so! I tried to hold myself to a fairly high standard while writing it, (those of the authors I love) and I guarantee, any flaw they perceive, I’ve already flayed myself alive for it internally. Perfectionism is a bellicose bitch. 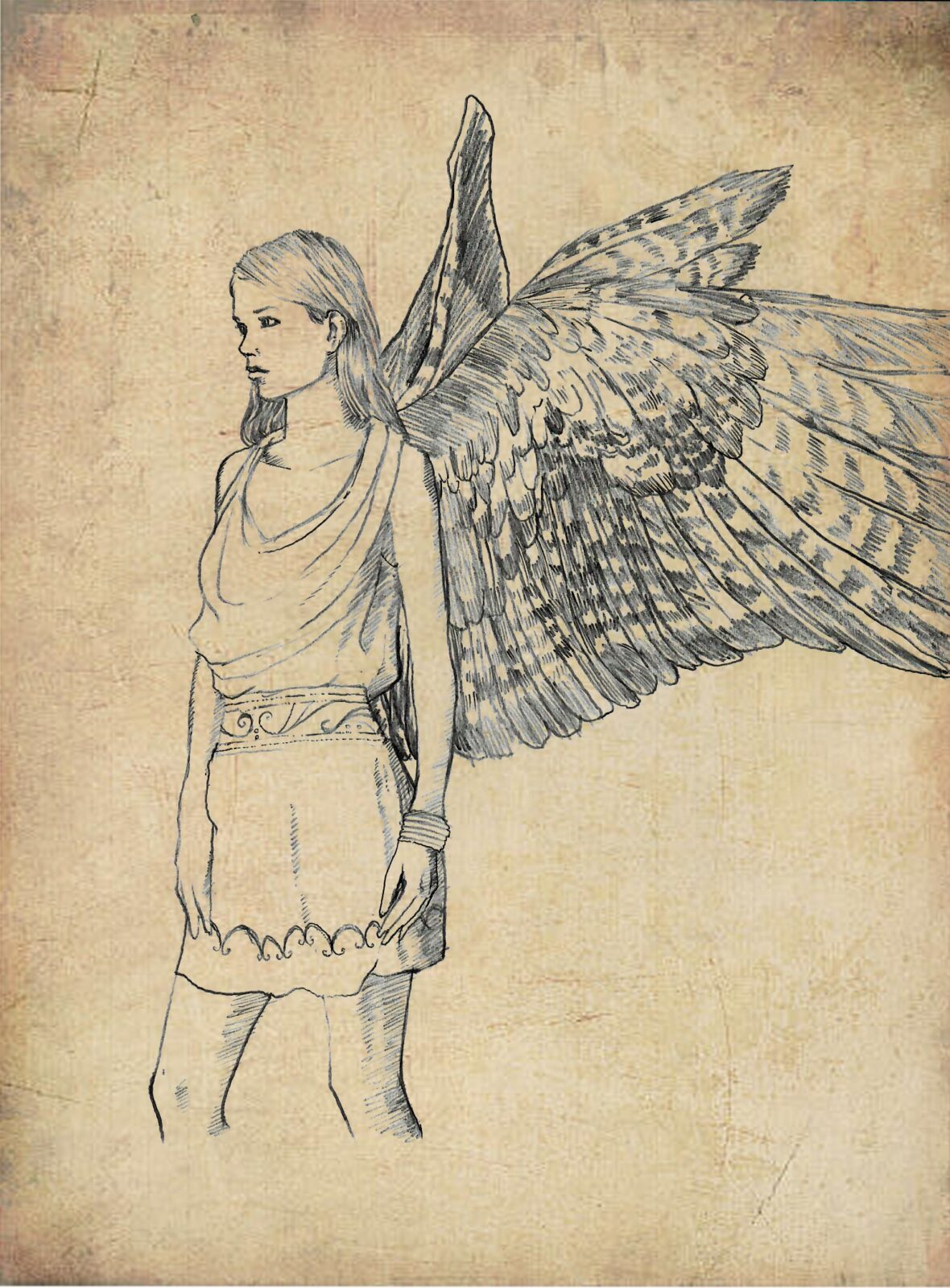 Chris: Do you believe that a creator objectively critique themselves?

Raz0r:  No. And that’s as it should be. You should be unrealistic in your expectations for yourself.

Many know I’m a Michael Jackson fan. One of my favorite stories of MJ is during the “Bad” era, when he was tasked with the almost impossible undertaking of following up “Thriller”, which still ranks as the highest-selling album of all time. It had sold an obscene number of copies. So what did Michael do? He doubled that figure. And he wrote that number on his bathroom mirror. So he could see it. Stare at it. And every day he would reaffirm his goal to double the success of the previous record.

For a variety of reasons (having nothing to do with the album’s quality), it didn’t hit that number. But by stretching himself and attempting to will it into existence through sheer commitment? He created yet another of the greatest pop albums of all time.  A man is his least objective critic. And his most valuable.

Chris: If The Long Moonlight is a success, do you have further adventures you want to tell in this world?

Raz0r:  I already have a second story in the “Nightvale” series written and awaiting further drafts. Like the Pulp Magazines it’s inspired by, every story in this series will be different. One story may be a low-level crime noir like this… another more of a High Adventure/Weird Fantasy thing (which is what the second story is shaping up to be), and maybe the next is a murder mystery, and so on. And you cycle through those different types of stories the way Walter B. Gibson did in The Shadow Magazine. That’s the plan. And I already have a half-dozen or so of those follow-up ideas ready to go. If people enjoy this one.

The setting itself – both of Vale and its surrounding lands – began with a totally different epic fantasy tale that I’m sure I’ll finish one day, and publish, if I feel it’s good enough. This is not the only spin-off, however. I have another one in mind that is a bit more “Conan”. Set on the tundras of Göurnoth. But I’ll keep that one under my hat until I have more. 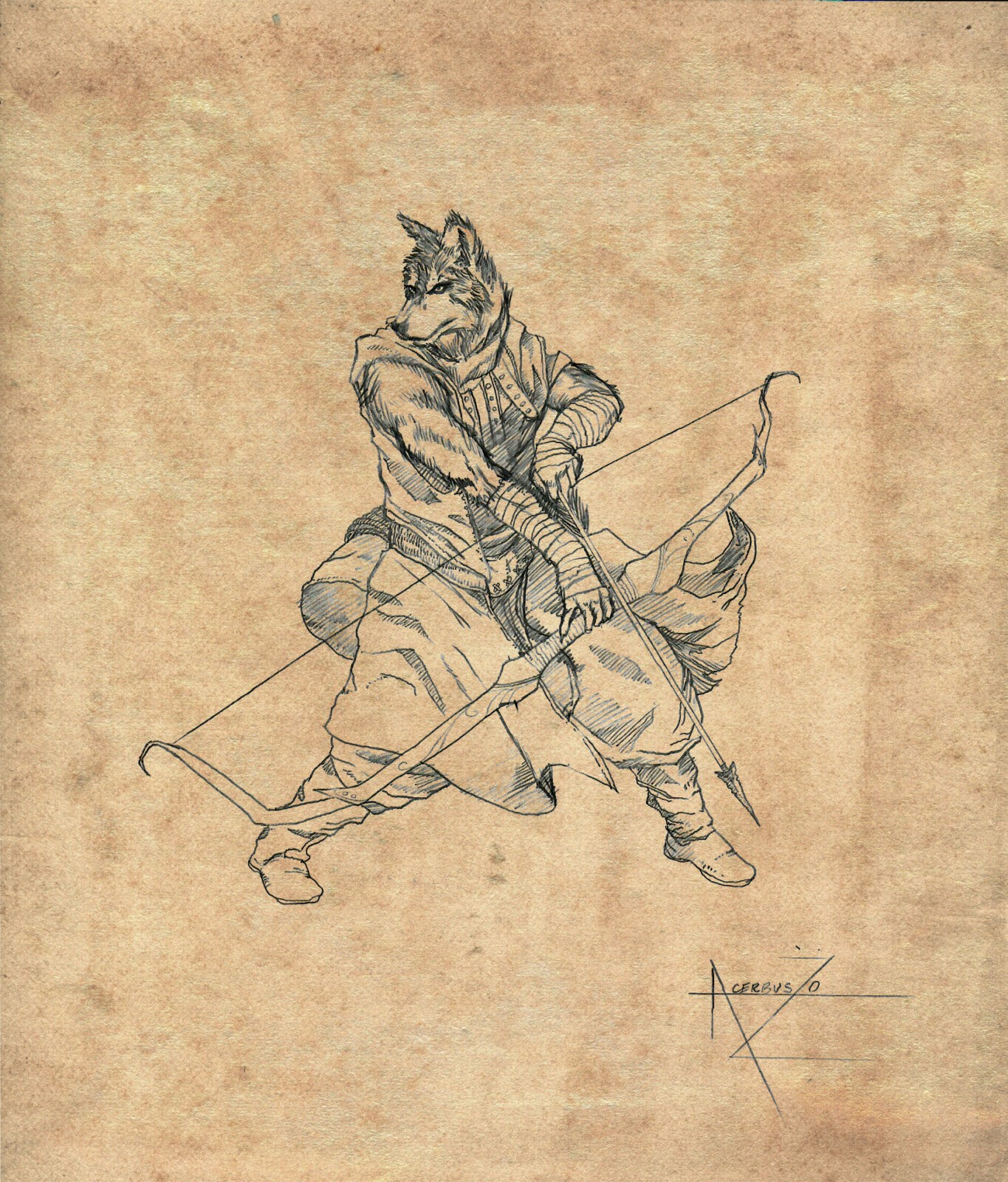 Chris: At what stage is the book currently and when do you expect to fulfill pre-orders?

Raz0r:  The book is all done. Castalia House are just coordinating with the publisher for an iron clad release. But it will be before Christmas for sure, likely in the next month or two. I’m frankly flabbergasted by the interest it’s accrued already. Since this has nothing to do with my pop culture critique, politics, or whatever else I’m known for. I hope that speaks to the strength of the concept. Because I’d love to make more.

Chris: I hope you do too, and wish you much success with your first novel.

Raz0r: Many thanks and Godspeed to the entire Bleeding Fool community!

Learn more about and pre-order a copy of The Long Moonlight at NightvaleNovels.com!