Hollywood Braces for a Production Logjam After COVID-19

Within days in mid-March, soundstages in the U.S. went from bustling hubs to abandoned ghost towns as the novel coronavirus forced studios to shut down filming. “There is nothing like being the only person on a movie lot,” says Mark Nicholas, one of few people able to keep working at Manhattan Beach Studios in Southern California in order to assist in the live-streaming of local mayor and sheriff news addresses. “It’s deathly quiet and feels very much like The Walking Dead.”

While most lots sit empty for the foreseeable future, the question atop industry insiders’ minds is how the executives in charge of them plan to handle a production logjam that’s likely to await them on the other side of this crisis. Dozens of films and TV series that had to pack up mid-shoot are expected to compete with previously scheduled projects for limited studio space at a time when production was already at all-time highs — not to mention the scripts writers have been able to safely churn out during the quarantine, only adding to the number of projects that will be ready to jump into production. Notes one insider, “There’s going to be so much jockeying.” 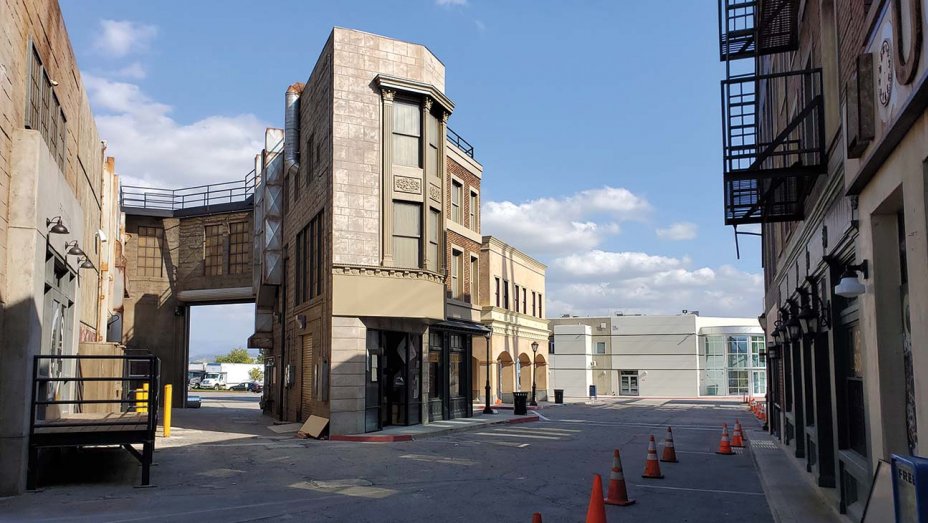 Many in the filming community are bracing for a post-COVID-19 traffic jam. “It’s like a horse race — you’re waiting for the gates to open and everybody’s going to rush out at the same time,” says Claudio Ruben, the head of New Mexico’s Garson Studios. Among the projects at his studio that had to suspend production was Netflix’s Idris Elba-fronted Western film The Harder They Fall. (Elba tested positive for COVID-19 on March 16.) As for how it will all play out, Ruben is cautiously optimistic. “I think most people are going to be patient and respectful, but I can’t imagine there won’t be some jostling in the mix.”

In an effort to manage the unprecedented situation in the fairest way possible, production executives told The Hollywood Reporter they plan to slide their master filming schedules back however many months the coronavirus outbreak lasts. That would mean prioritizing the projects that couldn’t wrap in time and having other previously slotted productions wait their turn.