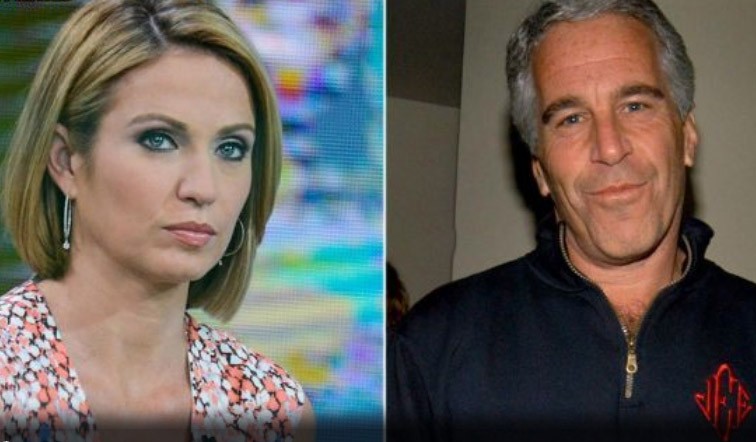 House Minority Leader Kevin McCarthy and other top Republicans sent a letter to ABC News on Sunday demanding an explanation on why it covered-up ABC News anchor Amy Robach’s story which would have exposed the now-deceased sex offender Jeffrey Epstein three years ago before he had an opportunity to sexually abuse any other children. 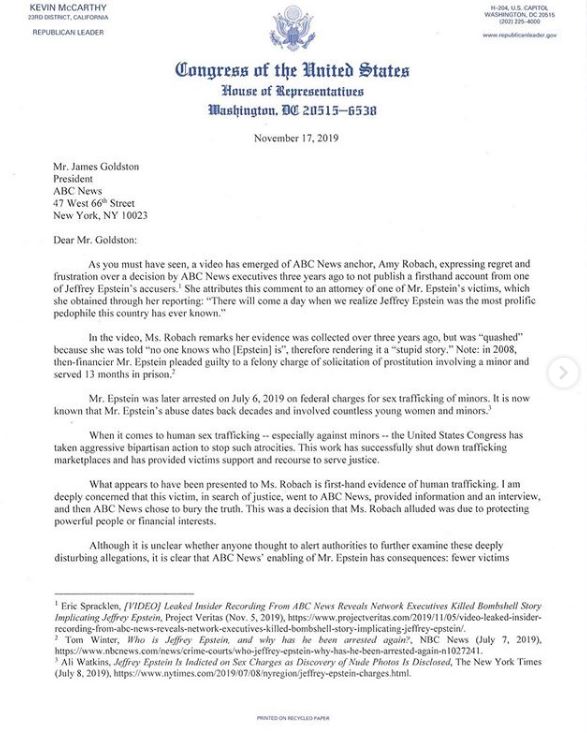 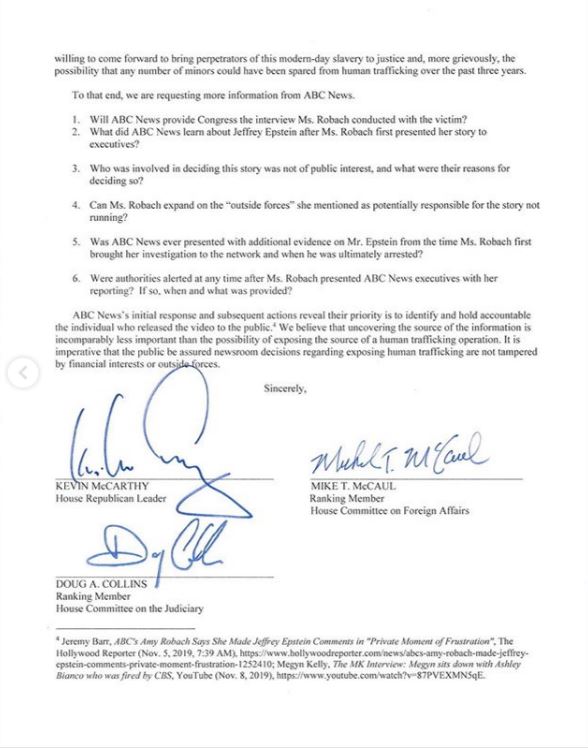 Recently a video leaked by Project Veritas showing Robach on a hot mic claiming higher-ups at her network shut down the investigation.  The video included Robach saying ABC refused to air an interview she conducted with one of Epstein’s victims three years ago. All of this before the story exploded after Epstein’s imprisonment and alleged suicide. Project Veritas, which has framed itself as a conservative whistleblower watchdog group, released what it claimed to be hidden camera footage of network news producers, federal politicians and members of private political organizations making statements while unaware they were being recorded.

VIDEO: Leaked ABC News Insider Recording EXPOSES #EpsteinCoverup "We had Clinton, We had Everything"

ABC News downplayed the significance of the Project Veritas video. “At the time, not all of our reporting met our standards to air, but we have never stopped investigating the story. Ever since, we’ve had a team on this investigation and substantial resources dedicated to it,” an ABC News spokesperson told Fox News. “That work has led to a two-hour documentary and six-part podcast that will air in the new year.”

Disney appointed James Goldston as the news organization’s president, replacing Ben Sherwood in 2014.  it was under his watch the cover-up happened. This is especially baffling because of The Walt Disney Company’s businesses are very vocal regarding feminism and advocating for infantilized content targeting children, including Marvel’s Agents of S.H.I.E.L.D. and Saturday Morning kids programming.

Dana Walden, Chairwoman of Disney Television Studios & ABC Entertainment, and Bob Iger,  Chairman and CEO of The Walt Disney Company have not commented on the matter nor have they fired anyone over this.

Was Disney Caught in the FTX Crypto Scandal & Can Apple Save Them?
Why 'Strange World' is Disney's Biggest Bomb in Years
Top Gun: Maverick Makes Current Movies Look Like the Trash They Are
Woke Disney Expected to Dominate Thanksgiving Box Office Weekend
Will Disney Get Better or Worse Back Under Iger's Watch?
Thank Marvel that Comicbook Movie Fatigue Has Finally Set In
Disney Fires Chapek; Iger Reinstated as CEO after Disastrous Earnings