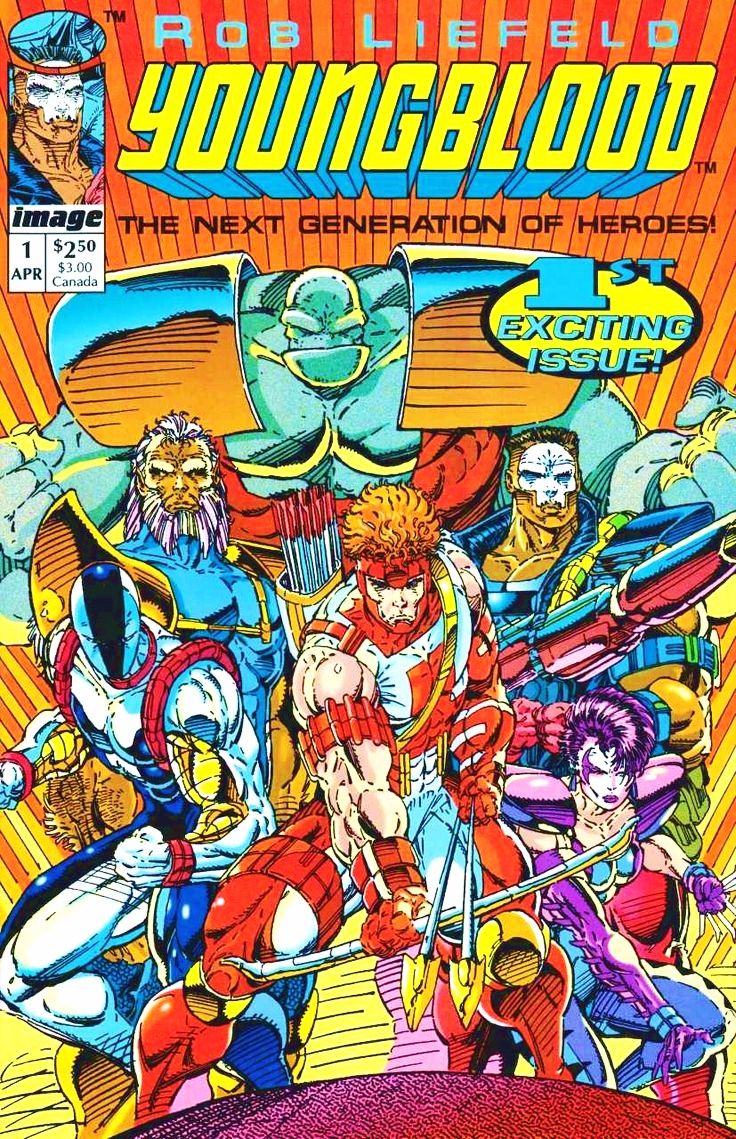 The answer has just been posted on Rob Liefeld’s own Facebook page by the creator himself:

This is the question I get asked repeatedly, at every store signing or comic convention I attend. Inquiries about Youngblood as a film, a comic book, all of it. The truth is they are in the midst of an ugly custody battle and I currently don’t have any interaction with them for the first time in over 22 years.

In 1997, at 29 years of age, I took on an investor named Scott Rosenberg, he of Malibu Comics. I had a previous relation with him but this was different, Jeph Loeb brought him to the table as a potential partner and after a few discussions, the time felt right to make this move. We made a fancy press announcement and we birthed Awesome Comics. It was meant as a temporary adjustment, If I did not find another partner, Scott would foreclose and own everything, I eventually found another partner, a gentleman named John Hyde and he stepped in to finance Awesome Comics until he and Scott had an issue and Awesome went into freefall and I shuttered the label permanently in 2000.

Scott, John and I agreed to a split of my Extreme catalogue in 1999, we each received 8 titles and could exploit them in media. The environment at the time was not kind to comic book material and I wasn’t selling any of my catalogue picks and neither were John and Scott. Through it all, I maintained publishing rights, bringing you the comic adventures of my creations with different and various creatives under my oversight and until now there were no hiccups whatsoever.

Long story short, after failing to come to terms on 2 movie deals in recent years, including a movie deal in 2017 that I was so certain was moving forward, I contacted Hank Kanalz and informed him that he should expect some participation, Scott informed me last summer, during 2018 comic con, that in order to raise capital he had sold or partnered with someone for Youngblood comics and toys. I was stunned but not surprised, these are the most important assets that Scott possesses and he needed to raise funds. The man he partnered with is named Andrew Rev, someone unknown to me and he informed me a number of times over the past year that he could make me a big success in comics, the next Todd McFarlane even, and told me I could audition for producing Youngblood comics. You can imagine how well that went over. 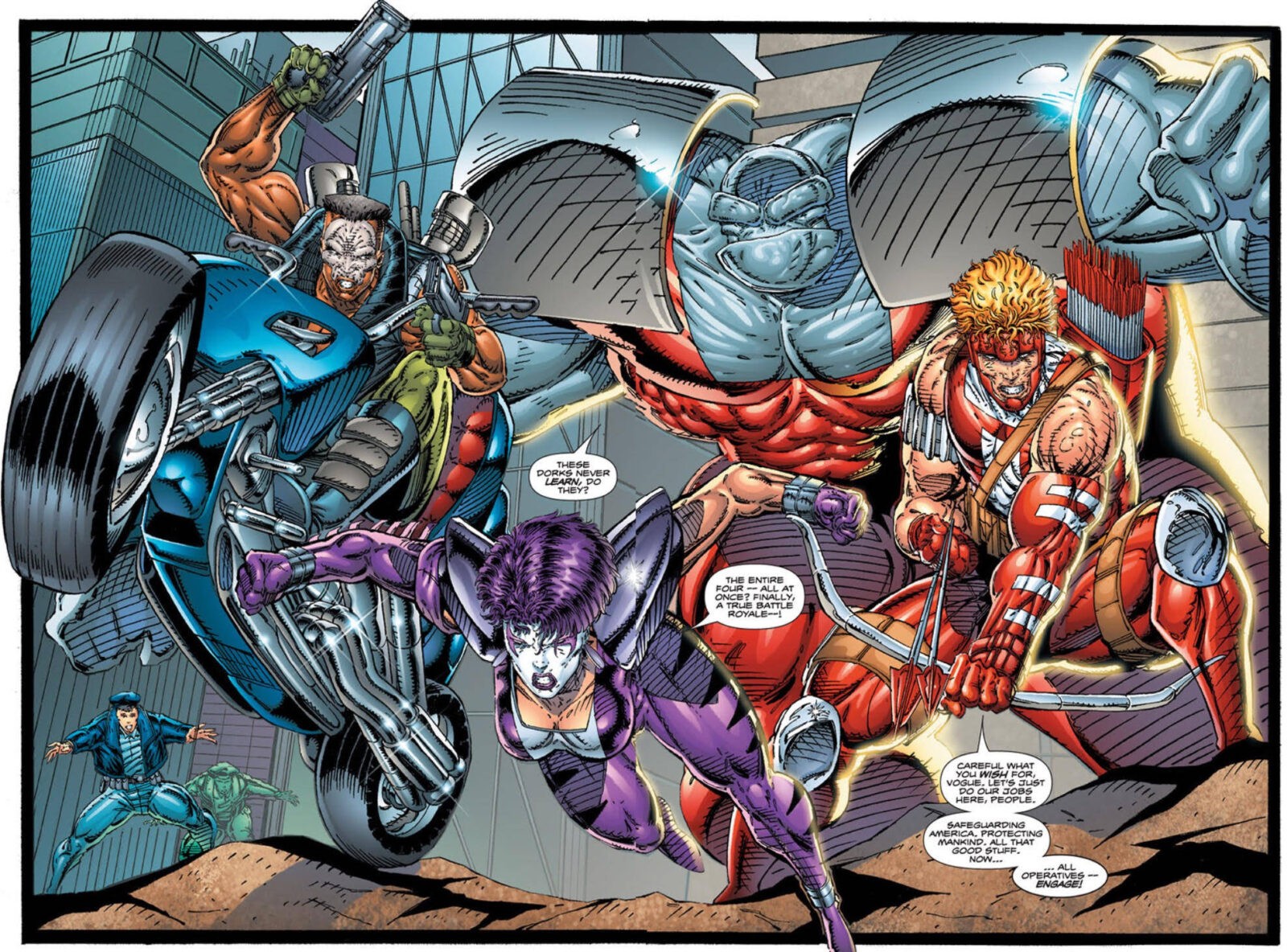 So, I currently have questionable access to Youngblood characters, characters I created and shepherded for nearly 3 decades As a result I shut down the storyline that would take Youngblood to issue #100 and beyond. A decidedly new approach is necessary, which I believe is paramount in this post Avengers:Endgame world we find ourselves in. Youngblood will no longer be published by Image Comics or with my involvement at this time, a first in the 27 years since it launched. It’s all really weird but I’ve settled into the realization that this is the way it is going to be. I held it together for 23 years since doing the deal, until now. A film company rang me up last week seeking the rights to Youngblood, but it required my involvement and I cannot at this juncture go forward.

Thankfully, my other partner, John Hyde has chosen to go a different path as he realizes the value that I bring to my creations and we have partnered on his selections with Prophet going forward having just set up the feature film and we are currently pursuing Glory in all media. 2/3 of my catalogue receive my involvement and participation.

I have BLOODSTRIKE, BRIGADE, BERZERKERS, BLOODWULF, Re:GEX, KABOOM, AVENGELYNE, CYBRID and others in my portfolio, completely under my domain. As I informed everyone last year, I walked away from Netflix because I felt it was not the best opportunity at this time in our ever changing world. I’m a finicky cat.

I share this with you now following an unexpected conversation with the Andrew Rev guy about publishing. In short it was very disrespectful and I had to put distance between me, these people and my creations which were now in a foreign domain. I had to convincingly wash my hands of this corner of my imagination. I have a pretty fertile mind and many new projects yet to advance, many making the media rounds that will be known soon enough. This was a much needed update and hopefully explains the current situation.

Youngblood represented some of my finest work, I’m proud of all the work that was produced. Sadly, film companies will be reluctant to invest the time and money in a venture without the support and blessing of its creator.

Upwards, onwards! To the Extreme! 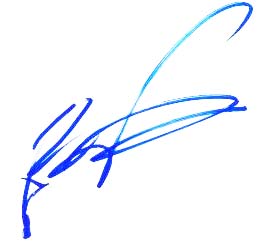 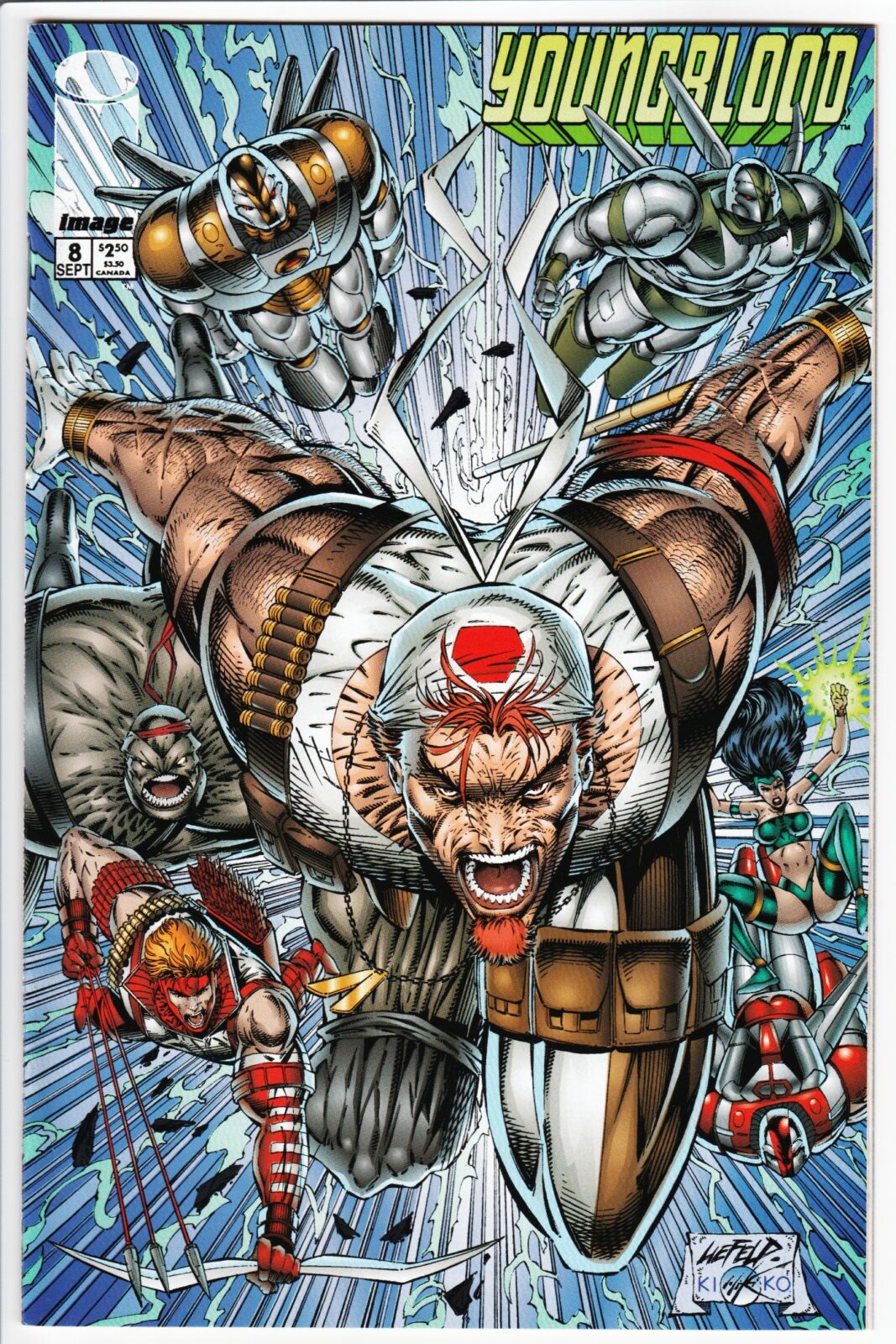