Crowdfunding comics have been absolutely crushing it over the past few years, both on Kickstarter and Indiegogo. The crowdfunding platforms have seen more than $20 million pledged to comic book projects, with an almost 70% success rate for creators.  There have been dozens and dozens of successful indie comics campaigns on Indiegogo in just the past year alone, but the mainstream comics press is still not reporting on most of them, even though this trend is certainly newsworthy, particularly because the professional comic book industry is still in “crisis mode” and it’s been this way since long before the coronavirus pandemic started. 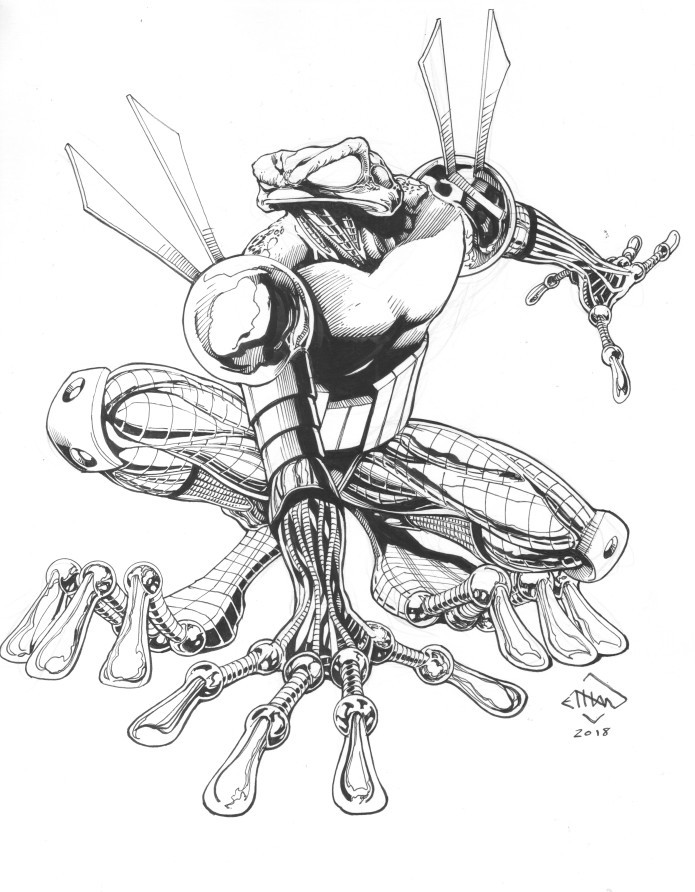 Perhaps no indie creator or comic has seen more success than former DC Comics creator Ethan Van Sciver with his Cyberfrog property. The recent sequel to his incredibly popular Cyberfrog #1 (which raised a total of $913,190 through various crowdfunding campaigns), just surpassed the million dollar milestone on its very first campaign, raising over $1,019,000 as of the publishing of this article. Cyberfrog #2 (Rekt Planet) has been in InDemand mode since the campaign officially ended on May 15th, and the is still accepting new backers as it prepares to go to publishing.

To put those numbers in perspective, treasured comics like Amazing Fantasy #15 (the first Spider-Man appearance) and Detective Comics #27 (the first Batman appearance) recently sold at auctions for $1.1 million and $1,075,000 respectfully. And that million plus dollars for Cyberfrog is all Ethan’s, minus the cost of his colorist, letterer, printing, handling, and shipping costs. That’s a small fortune for a second issue of any comic, much less a relatively unknown cybernetic amphibian published on a vanity independent label. 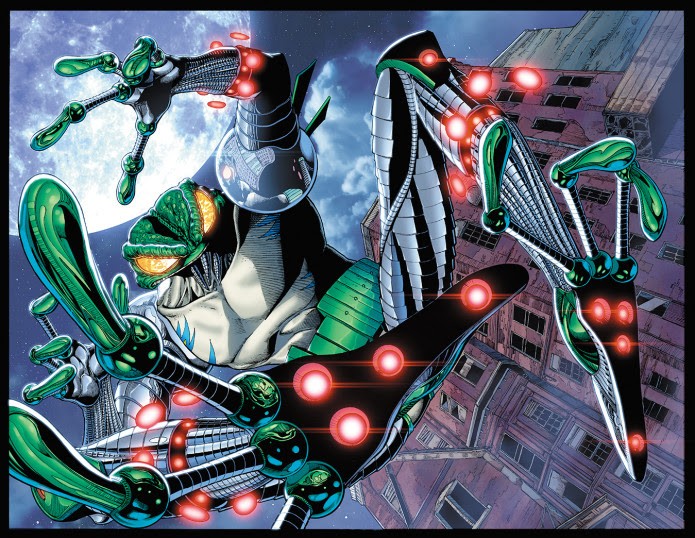 Before he went to work at DC Comics on Green Lantern and The Flash, Ethan published his Cyberfrog comics in 1996 at Harris Comics. Ethan still owns the property, and recently had colorist Kyle Ritter update the art for a rare black and white Cyberfrog ashcan of which only 500 copies had been printed back in 1997. With various gifts and incentives of his own, Ethan has proven he knows how to give his fans what they want, otherwise the comic wouldn’t be such a success. His Youtube channel, ComicArtistPro Secrets, has over 132,000 subscribers and regularly draws thousands of viewers for his daily multi-hour livestreams. These videos often feature fellow indie creators, but are mostly just Ethan by himself or a few of his friends commenting on culture and entertainment news while offering their hottakes, opinions and commentary.

While many consider Cyberfrog to be the biggest crowdfunded comic of all time, there is only one other comic that holds a higher recorded crowdfund amount than Cyberfrog’s, and that is The Order of the Stick, a stick figure fantasy/comedy comic which still maintains a slightly higher crowdfunding total at $1,254,120, which is a difference of $234,300. But since The Order of the Stick‘s Kickstarter campaign is no longer active, and Van Sciver’s campaign is still accepting backers, it’s not beyond the realm of possibility that Cyberfrog will end up officially being named the biggest crowdfunded comic of all time on both platforms. As it stands, it’s currently the biggest Indiegogo comic crowdfund of all time, and there’s nothing on the horizon that looks like it could even come close to matching it.

Even more impressive is that this was a second issue, which historically are lower sellers than #1 issues. In comics publishing, it’s perfectly normal for a second issue to see a drop off of anywhere between 30% to 65% in purchases, but that’s typically attributed to various gimmicks used to get comic shops to buy extra copies with incentives and variant covers. In fact, Ethan’s 2nd issue of Cyberfrog outsold issue #1 and technically ranks as one of the top 10 grossing comic books of the past decade. It’s also quite a remarkable feat that Cyberfrog maintained a steady number of around 8,600 backers for both of the main comic campaigns. This is a successful business by any metric.

As the retail sales model of comics continues to dwindle, crowdfunding may become the only viable revenue channel left for indie comics creators. Unfortunately, as long as the gatekeepers at forums and social media platforms like Reddit, Discord, or CBR continue to censor and ban mentions of these projects to protect their dinosaur industry, and the mainstream press continues to play along and ignore the success of these campaigns, they’re actually doing a massive disservice to the ever dwindling number of hobbyists who love to simply be entertained by comic books. Ironically, it could be these same gatekeepers that accelerate the destruction of the comics medium by not celebrating successes like this. Why shouldn’t fans of comic books know about these successful comic book campaigns?

Thankfully those that are in the know (like readers of Bleeding Fool), are still getting a pipeline directly to the hottest comic books that the mainstream press isn’t telling people about. Be sure to check out our weekly Indie Comics Showcase which features several crowdfunding indie comics each and every Wednesday to help readers discover even more indie goodness.

Welcome to the cool kids’ table, but remember, if you have to tell people you’re “cool,” you probably aren’t. Until the mainstream catches up, how about we keep this secret to ourselves and enjoy some cool funny books, ya’ll?