League Of Legends Tournaments To Watch In 2021

League of Legends tournaments are some of the most exciting professional gaming events in the world. Here’s what 2021 has in store for fans worldwide. 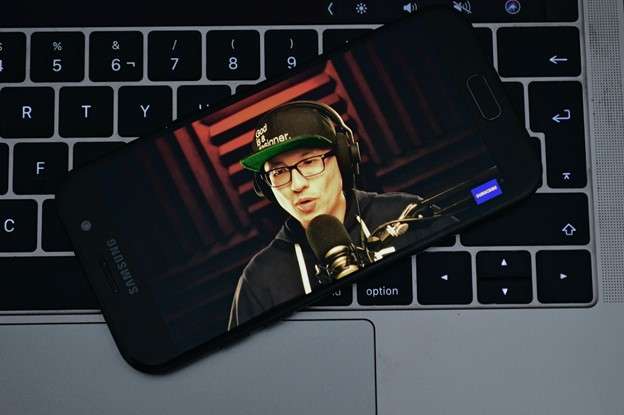 2021 League Of Legends Tournaments: What Not To Miss

When it comes to competitive eSports, it is impossible to find a fan base more ecstatic and adoring than LoL fans. This iconic game has countless fans worldwide, and the professional scene is home to jaw-dropping levels of play and otherworldly strategic skills. League of Legends tournaments exist in numerous different forms and locations, and every year brings new competitions and exciting changes to player rosters.

For 2021, the tournament calendar and this game’s latest news and updates promise numerous thrilling events, so let’s check out the competitions you shouldn’t miss this year:

The Pro League came under the spotlight relatively recently as the tournament takes place in China. But, 2018 saw Invictus Gaming take the World Championship trophy, which wouldn’t have been unique in any way except that this team was an LPL representative.

When looking at various League of Legends tournaments, LPL’s sheer scale is the initial noteworthy aspect of this competition. Compared to other reputable LoL eSports events, the Pro League is much larger. For example, the 16 professional LoL teams participate in this competition across numerous venues in different cities throughout China.

Furthermore, the format features each team participating in best-of-three single round-robin rounds, and the regular season’s duration is around ten weeks. Following the round-robins, eight of the highest-performing teams proceed to the playoffs to participate in single-elimination best-of-five matches.

Finally, the semifinals welcome two of the best performing squads, the third and fourth-ranked crews go through a subsequent round of six, and the lowest-performing participants go at it in a round of eight.

In the professional League of Legends tournaments scene, most of the global stage looks to the Korean professional scene. Despite continuous roster changes and transformations, Korean teams earned worldwide fame by establishing a top-skill-driven method of LoL gaming, but China goes against the grain.

Squads originating in the most populous country in the world never shy away from a team-wide bloody skirmish. Consequently, the Pro League’s reputation as an entertaining tournament to watch is more than justified.

The LCK’s home is in Seoul, Korea, and there is a lot to say about the Korean way of playing LoL. The game is so prevalent that its mechanical prodigies and teams have developed a unique style famous worldwide. LoL’s fame in Korea has grown to such heights that the LCK has developed into a separate league on par with any other competition series on the planet.

The format features nine weeks of regular-season matches where ten teams compete against each other in double round-robin events. However, winning matches requires taking two games because the matches follow a best-of-three setup.

Five teams participate in the playoffs, making the playoff structure slightly different from North American and European leagues (where six teams make the cut). However, when it comes to the excitement level of Korean League of Legends tournaments, relegation makes the LCK even more thrilling.

The regular-season record makes and breaks teams’ future in the LCK, as the worst performances lead to the Promotion Tournament demotion. As a result, the lowest-performing two teams participate in this tournament, where they face league elimination. Avoiding this outcome is the primary concern for all league participants and affects the competition’s stiffness level.

You will not go wrong with the LCK if you need top-quality LoL eSports matches. The league boasts incredible dominance levels in terms of skill and prowess. Such high talent levels also apply to Korean eSports in general. However, no matter how impressive an LoL squad may be, it can suffer defeat from a random team.

The European LoL League existed under the acronym EU LCS, but 2021 and beyond will know it as the LEC. This event is among the most iconic League of Legends tournaments, and Germany’s capital of Berlin is its home. However, franchising has become one of LEC’s staples only recently compared to the LCS.

Consequently, permanently implementing a partnership system will be a significant challenge for the league in 2021 and beyond. However, the North American version of the league has already successfully tackled this step on the development ladder. In other words, the LEC might take some time to achieve the same business model as the LCS.

On the other hand, Europe’s player base is much broader than North America. Moreover, talent availability makes the continent a breeding ground for individual skills.

Established European LoL veterans are globally famous, but new names explode into the scene year after year. These newbies regularly give the pros an exciting run for their money. Whether it’s mechanical outplays or creative strategies and off-meta picks, European prodigies are truly exciting to watch.

When it comes to English-speaking eSports fans, the LCS is the most popular LoL tournament on the calendar. This league takes place twice every year in Los Angeles, California, United States. The LCS is a premier eSports tournament in the LoL world.

The double round-robin format features ten top-tier LoL teams battling each other over the regular season’s nine-week contest. In other words, every participating team competes against every other squat twice in best-of-one clashes. The losers in this round face tournament elimination. The winners add a point for every win to their overall tournament score.

Each of the two LCS seasons is equally thrilling to watch. On the one hand, the Spring Split features the Mid-Seasonal Invitational tickets, Rift Rivals invitations, and Circuit Points. But, on the other hand, the Summer Split is the more important competition of the two.

The end of the summer sees three LCS teams that have acquired the highest number of Circuit Points qualify for the LoL Worlds – one of the most anticipated and popular League of Legends tournaments in existence today. However, the LCS is less competitive than other LoL leagues because of the laidback player mentality and lack of North American talent. Regardless, franchising promises a more exciting future soon to happen.

The Biggest Changes in the Online Gaming Industry
Two Very Significant Video Gaming Acquisitions Just Happened
Massive Growth: Why It's Time to Get Into eSports
Looking Back at 2020's Most Popular eSports
Top 3 eSports Games Chosen by Fans of Competitive Organized Gaming
The Most Popular Esports Games You Should Know About
What Does the Future Hold for eSports?

The Biggest Changes in the Online Gaming Industry