The Best Gaming Slots for Fans of Comic Book Franchises

Since 1934, DC Comics has been enchanting the imaginations of comic book fans across the globe. As one of the longest-running comic book corporations in the US, many of the characters from the DC Universe have gone on to become fictional heroes through the generations. You’ve only got to think of Superman, Wonder Woman, and Batman to understand how culturally relevant DC Comics’ biggest icons are in our everyday lives.

Are you ready for the next era of the DC Universe? Prepare yourself with a first look at INFINITE FRONTIER #0 💥 https://t.co/e4T17A62o9 #DCInfiniteFrontier pic.twitter.com/BuFwZLqBks

The advent of video slots in the last decade has created another exciting avenue for ardent comic book readers to engage and immerse themselves in the world of their comic heroes. With high-definition visuals and audio bringing you closer to the characters than ever before. It’s easy to see why the DC Comics franchise has become such an inspiration among the leading slot developers.

If you fancy going on a slot journey on the reels with some of your favorite DC Comics heroes, check out these four officially licensed DC Comics slots that look and play like classic video games. 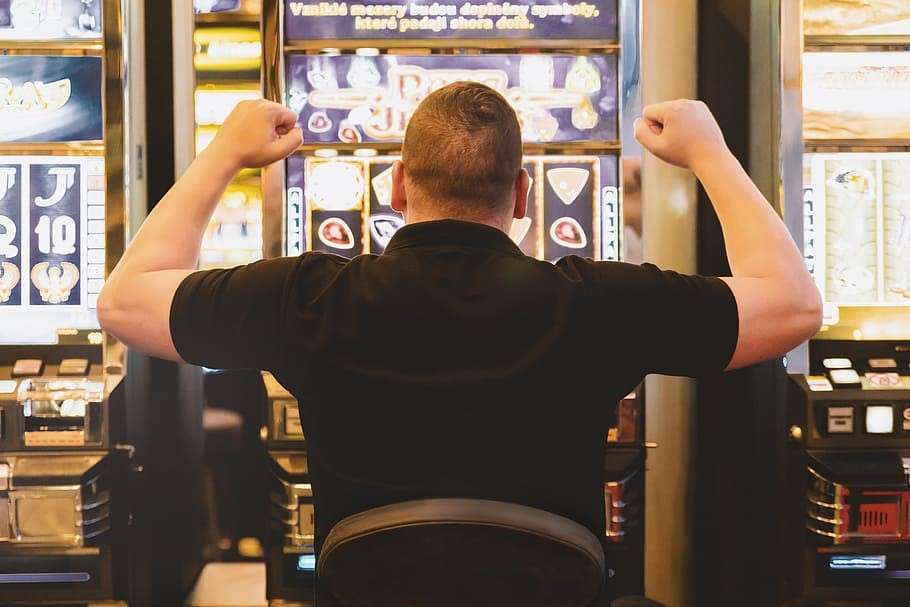 DC Comic-themed slots don’t come much more action-packed than Playtech’s Wonder Woman game. With no fewer than seven bonus features – three of which will grant you free spins on the reels – as well as a quartet of progressive jackpots up for grabs, it’s easy to see why this jackpot slot has proven popular with slot players – comic fans or otherwise. It boasts cartoon-style visuals too which add to its comic book charm.

Inspired by the comic book hero of Dark Horse Comics, slot software pioneer Microgaming developed a Hellboy slot, complete with a top jackpot of 25,000x. If you know Hellboy as well as we think you do, you’ll be aware of his arm made of stone. This “Right Hand of Doom” is used as a bonus symbol in the slot to trigger the primary Underworld Bonus round. Those new to Microgaming slots can get their hands on the biggest Microgaming casino bonus at Jackpot City Casino. Visit Bonus.ca’s Jackpot City Casino strategies and techniques to find out how to activate the five-tier welcome bonus. This page details other things about Microgaming for those who enjoyed enjoyed the Hellboy slot.

Microgaming is by no means a one-trick pony when it comes to DC Comic-themed slots either. The Dark Knight Rises is another of its flagship comic slots, inspired by the 2012 blockbuster movie. Old-school comic fans will be pleased to see Bruce Wayne return to Gotham City to try and safeguard its citizens from Selina Kyle and Bane. A unique ‘Fight Mode’ sees Batman and Bane fight it out on the reels, gifting you a random number of free spins afterward.

Inspired by the 2013 DC Comics movie, Playtech’s Man of Steel slot celebrates the rebirth of the classic Superman film series. It’s a similarly action-packed slot to Playtech’s Wonder Woman game, with a quartet of bonus games waiting to be triggered, along with another four progressive jackpots of varying sizes. Man of Steel is one of our favorite DC Comic slots in terms of its immersive qualities. It even includes video footage from the film and an engaging soundtrack hooking you in with every spin.

It doesn’t matter whether you’re an experienced slot player looking to add different slots to your regular repertoire, or you are simply a DC Comic fanboy or girl looking for a new way to engage with your comic heroes, these slots offer something for everyone.