Marvel fan assembled in Fortnite this weekend in honor of the arrival of the First Avenger – Captain America to the Item Shop. Armed with his indestructible shield and iron will, Cap’s outfit includes two items – his Proto-Adamantium Pickaxe and Back Bling. Wield the shield as your pickaxe, or display it proudly on your back. As an extra bonus, celebrate Cap’s arrival with the Grand Salute emote.

Meanwhile, on Saturday, Epic Games hosted a “discussion about race in America” inside Fortnite in partnership with marketing firm Opus United. The event was be hosted by author and commentator Van Jones and included guests Jemele Hill, Elaine Welteroth, and Killer Mike. The event was rebroadcast in-game for 24 hours throughout July 4th and featured what was dubbed “a series of conversations that advance the dialogue around race in America with prominent BIPOC (Black, Indigenous and People of Color) voices in business, sports, media, music, and entertainment.” Doesn’t that sound fun? 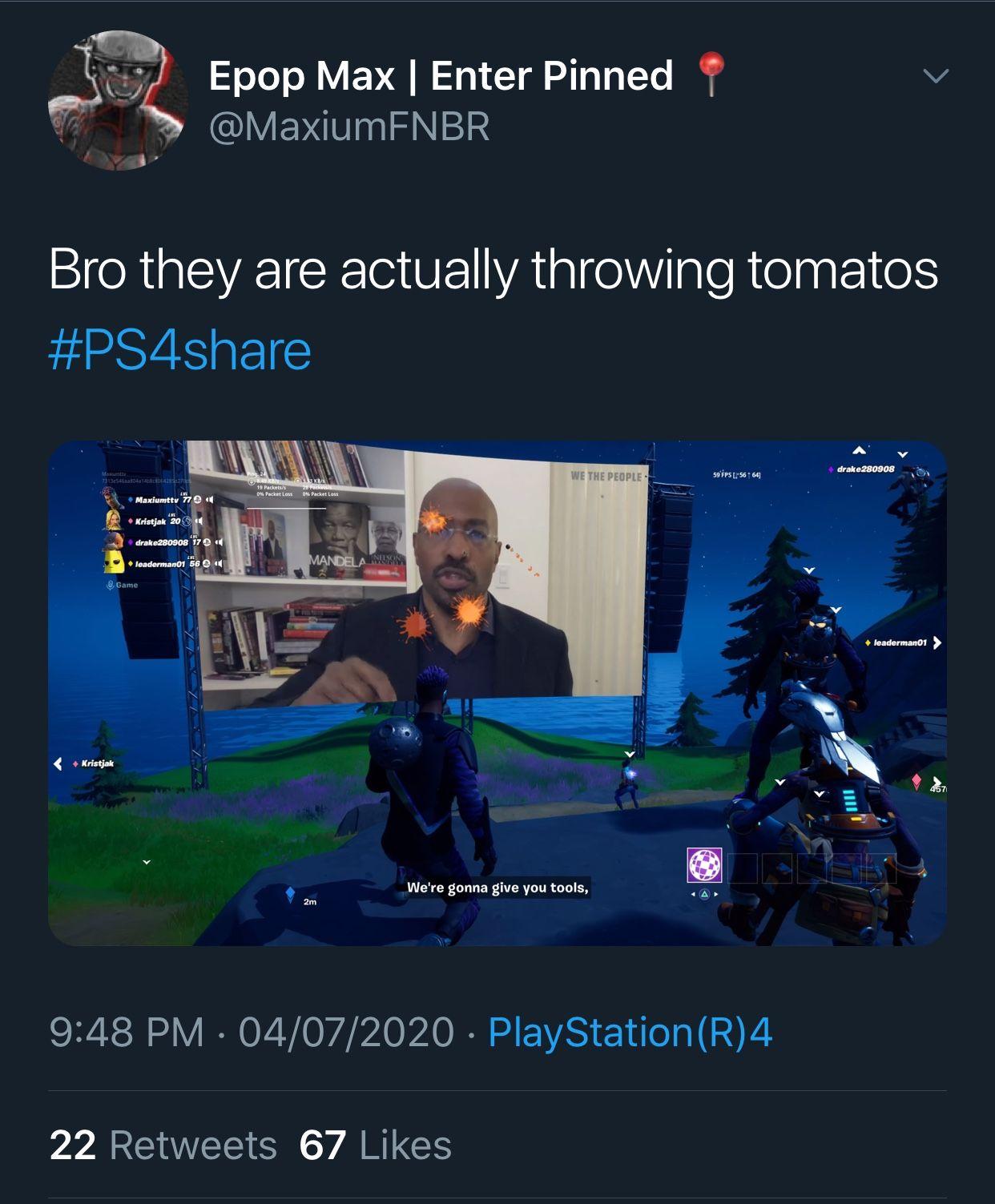 It was available inside the Party Royale mode, which held a debut concert in May. Programmers also saw fit to include a nearby vending machine with unlimited tomatoes. Yes, Fortnite is trying to teach its players about racism by playing a 45 minute discussion on a screen in Fortnite, where people are running around, throwing tomatoes at each other, and using their cartoon fishing poles to launch themselves in front of the video. I’m sure it has nothing to do with the fact that Chinese communist tech giant Ten Cent is 49% owner of Epic Games. Completely unrelated.

Meanwhile, racism has finally been defeated! Thanks Captain America and Epic Games!

Why are Casino Based Movies Gaining Popularity?

A Quick Guide To Online Gaming For Beginners

5 Healthy Snacks For Gamers to Munch While Playing