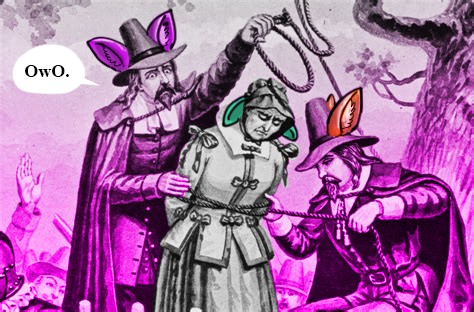 There’s a heavily-policed rift growing in the furry community, and one naive fursuiter has felt the cage slam shut in their face. What might bring the ‘Kindness and Compassion Inquisition’ to your digital doorstep? Positive outreach, for one. Which makes no sense- but this divide pits the furry lifestyle priesthood against the furry genre and success itself.

I realize that seems hyperbolic on the surface. Why would furry lifestylers oppose authors and artists, especially when there’s so much overlap? But under the ice ugly motives are surging. I’ll clarify the primary fracture point and show it in action with a high-profile example.

First to reiterate some basic definitions from my ‘Lifurs’ article. (Since deleted by Furaffinity )

The Furry Genre is art & fiction that uses animal characters as a main focus. The Rats of Nimh, Blacksad, and Redwall are examples.

Lifestyle Furries are people who express part of their identity by developing an animal or cartoon persona.

At its core, the lifestyle deals with personal identity.

Including sexual identity. For many, fursonas serve as sexual avatars granting access to a new relationship network. High-end fursuits, popular twitter accounts, polished artwork, and social conformity can all be leveraged to improve one’s sexual status in this fluid hierarchy.

And the Furry Genre has no problems with any of that! Have fun, you crazy kids. 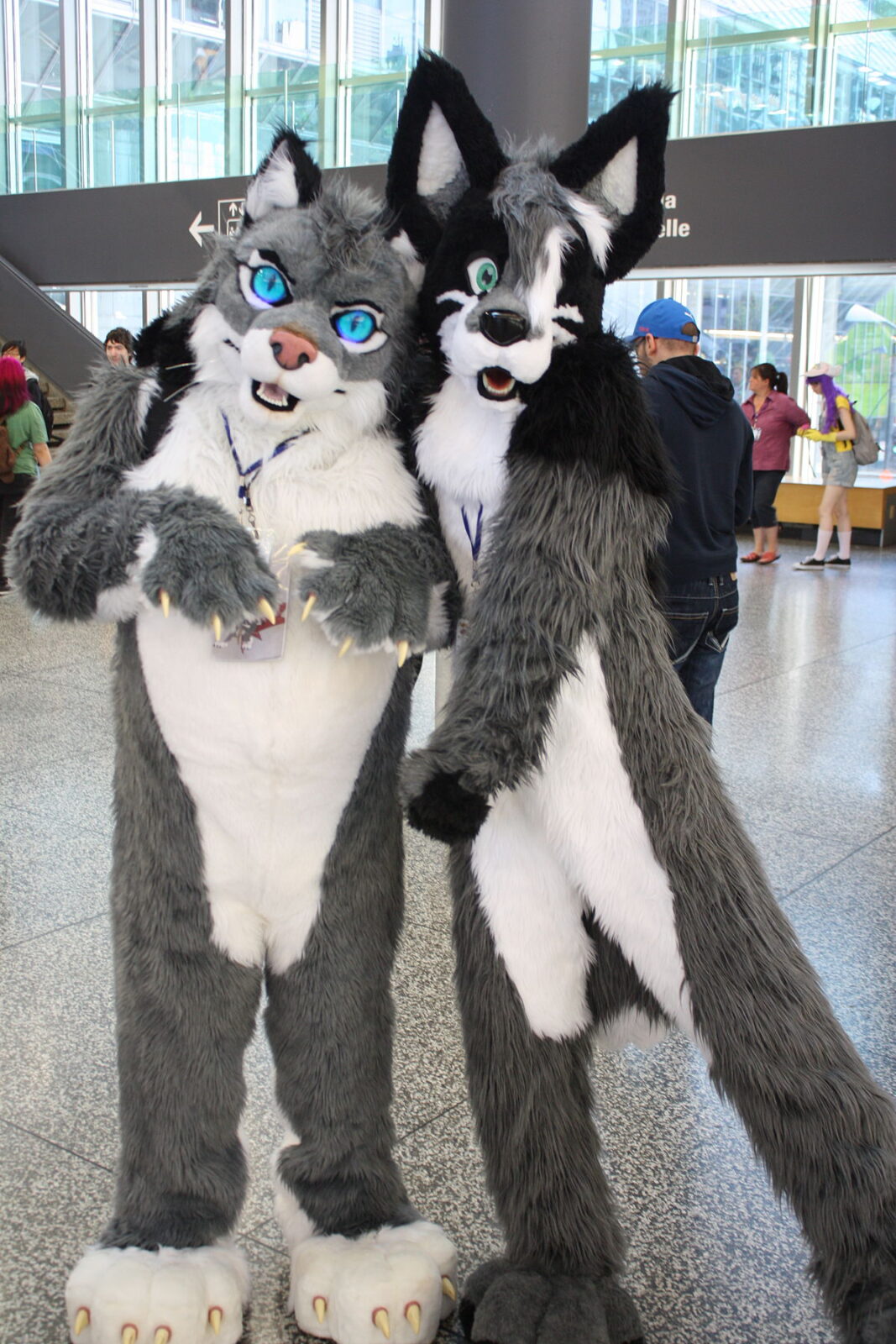 What the Furry Genre cares about is exploring artistic themes and high-concept narratives. Nonhuman characters offer a fresh, unbiased window into universal psychological truths, while opening the door to compelling visuals & fictional scenarios.

No other genre commands this unique horizon of possibilities.

That’s why not all furry artwork is automatically in the Furry Genre. Art that glorifies a personal avatar or satiates a personal appetite is usually an accessory of the Furry Lifestyle, not a meaningful Genre contribution.

Which is fine. If every pinup had a required reading list tacked on, that would obstruct the point of the pinup. Like coffee mugs and satellite dishes, Lifestyle art and Genre art simply serve different purposes.

Genre artists can promote their work, and Lifestyle devotees can enjoy their identity. There’s no reason for conflict.

Or so you thought.

Genre creators have an automatic incentive to reach out. The more people reading and absorbing influence from our work, the better. Art lives in the hearts of others.

But within the furry Lifestyle, rock-hard factions have formed which are resentfully opposed to outreach. It is no exaggeration to say they despise all who think differently, slander those outside their bubble, and chastise anyone in their community who breaks protocol. 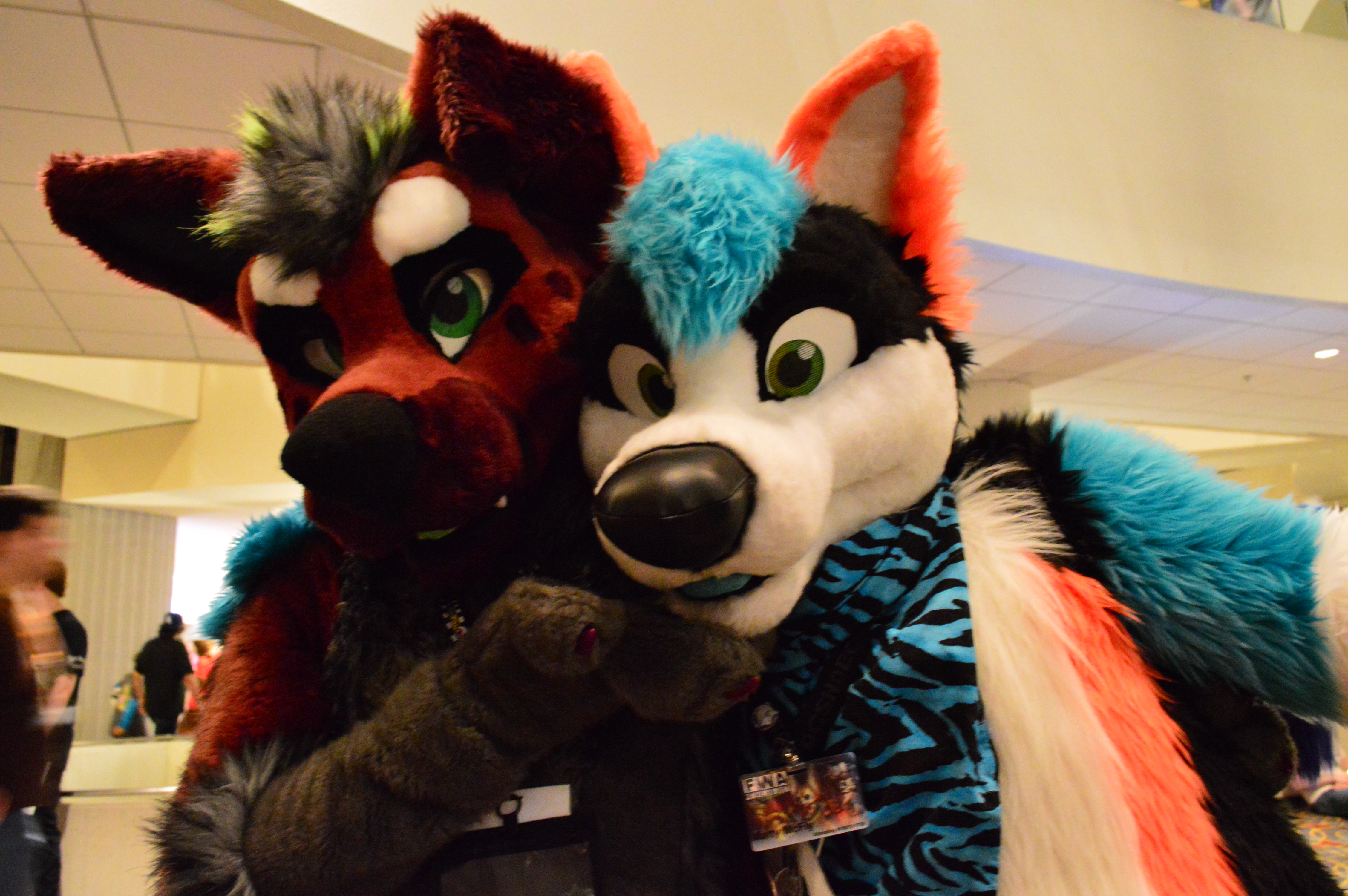 But don’t take my word for it- we’ll look at the words of Lifestyle furries themselves in a moment.

Majira Strawberry is a popular fursuiter, who was recently surprised with a golden opportunity. An invite to be on one of the world’s most successful podcasts- H3H3, what I’m told is a humor podcast featuring comedian Ethan Klein.

The furry community rarely gets an outreach opportunity like this, and for any individual, it’s the chance of a lifetime.

Here is how the Lifestyle community Preachers reacted to Majira’s opportunity over twitter. (Names redacted because I seek to demonstrate the reality without dogpiling anyone.)

“So uh, there’s furries (again) pushing to make the fandom “more appealing” to the mainstream? Hey I got some advice for you: Shut the fuck up.”

“I think the best furry to go on a show that’s also hosted Jordan Peterson is not a single damn furry.”

“Majira does not And Never is going to represent the fandom, stop this shit”

“Who and what the fuck is even remotely agreeing to let that waste get anywhere in the proximity of our communities.”

“ ‘um we are cuuuurious about furries and want to get to know you all and show the world what ur like and spread your message.’ … ‘Me, leaning into a microphone to glare up at the interviewer over the rim of my shades: um, it sucks, nobody should care, go away, fuck off. *Sips fordy*”

“I’m disgusted that a majority of furries, even some friends, are ok and pushing this BS for majira on a h3h3 interview.”

“We have to organize community reenactments of rainfurrest to ensure that mainstreamers, commodification, and corporations don’t dare touch into the fandom and force it to be less what it is.”

(Rainfurrest was a convention famously banned from all California hotels)

Majira Strawberry was bullied into canceling their podcast appearance. Their fleeting opportunity was deemed heresy by foot soldiers of the ‘Ultracompassion and Empathy Inquisition’.

In fact, a defining feature of these new ‘Community Preachers’ is intolerance. They are policing the furry community as if it were an exclusive cult.

Part of their motive for exclusion may be tied to sensitivity over identity issues, and poorly developed emotional boundaries. To render the entire world a safe territory for their private feelings, grains of discomfort must be eradicated. Anyone who registers as a blip on their radar is mercilessly un-personed.

And it’s far easier to indulge aggression from within a tribe, which means falling for toxic identity politics. Pre-made group identities that make the insecure feel strong, and grant social license for abusing the out-group.

Perhaps that’s why furries tend to scatter into far-right or far-left totalitarian camps. Fortunately the far-right are impotent and irrelevant, but the far-left dominate ironclad positions of influence. Enough influence to veto any social opportunity. 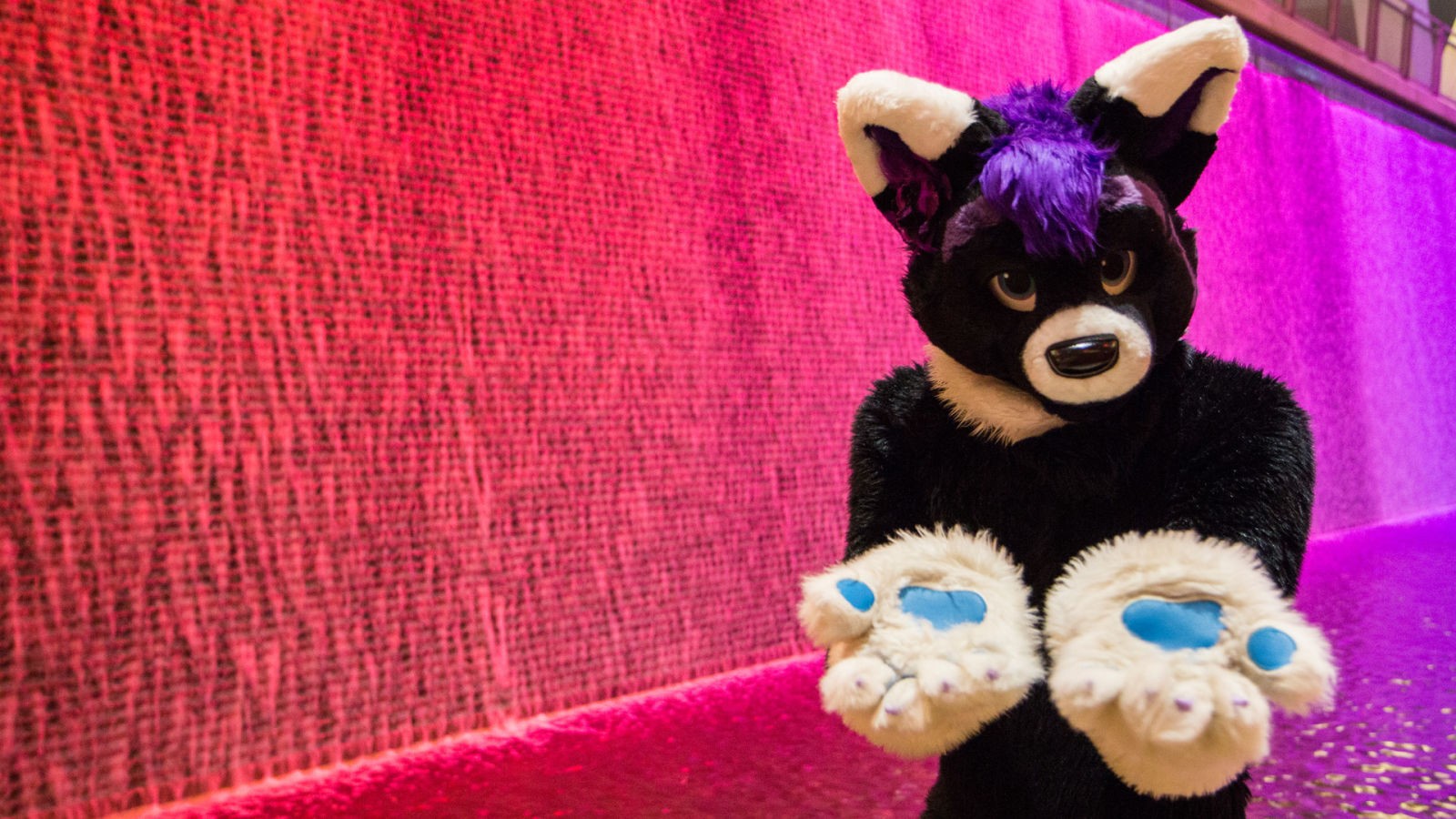 Polarizing political factions in a sex-obsessed stew of insecurity and social infighting where everyone clings to paper-thin veneers of deceptive innocence while vilifying outsiders. The Furry Lifestyle has some issues to tackle, but a misanthropic purity spiral may be the wrong tool for the job.

By contrast, those invested in the Furry Genre welcome new opportunities. We celebrate success; connecting with new audiences, meeting new people, welcoming new friends, even the chance to be a good influence on lost souls.

The judgmental intolerance of the ‘Lifestyle Preachers’ is in direct opposition to the freedom and connectedness driving the genre.

I’m excited to introduce my latest series #TheFandom, A docu-series focused on the people that help our community thrive! @FurryFilmmaker and I are wrapping up the edit to be released this month!

We can all enjoy the renaissance together.

And if you don’t like that idea, know something.

You can’t stop us. 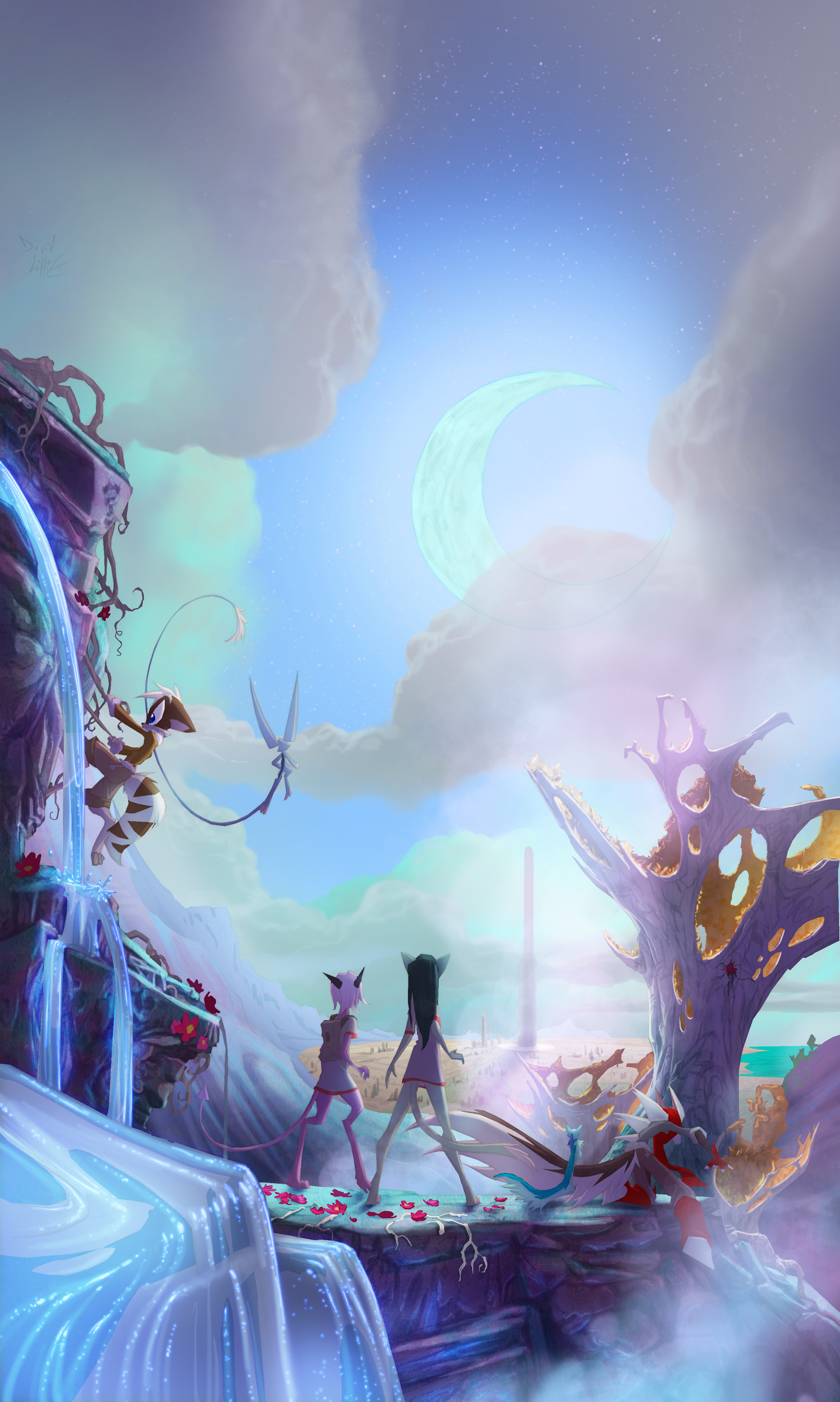 Conventions Are Back! 5 Cosplay Tips for Newbies
Ronin Approach: How We Achieved Crowdfunding Success in a Culture War
These 8 Planks Will Maintain a Cancel-Free Community
Why Most Comic Readers Will Never Fully Adopt the Digital Format
Happy Thanksgiving! What is Bleeding Fool Thankful For...?
Tim Pool is Right! YouTube to Ban Creators Under COPPA
Hazbin Hotel's Upcoming Premiere & The Crowdfunding Frontier