What Exactly Is San Diego Comic-Con and Is It Still About Comics?

Comic-con, now renowned as San Diego Comic-Con or abbreviated SDCC, is a comic-related convention in San Diego. The 2020 event is scheduled for July 23 – July 26, barring any cancellation over the coronavirus like we’ve been seeing.

In fact, the credit of this convention goes to Jerry Bails, who first initiated the convention in 1964 in New York, particularly for comic books by bringing the comic fans and creators together on the biggest rewarding platform like Oscar.

Later on, the idea was grabbed by some comic lovers of San Diego, and they replicated the same book convention in 1970 that attracted more attendees and gradually crossed the New York convention. 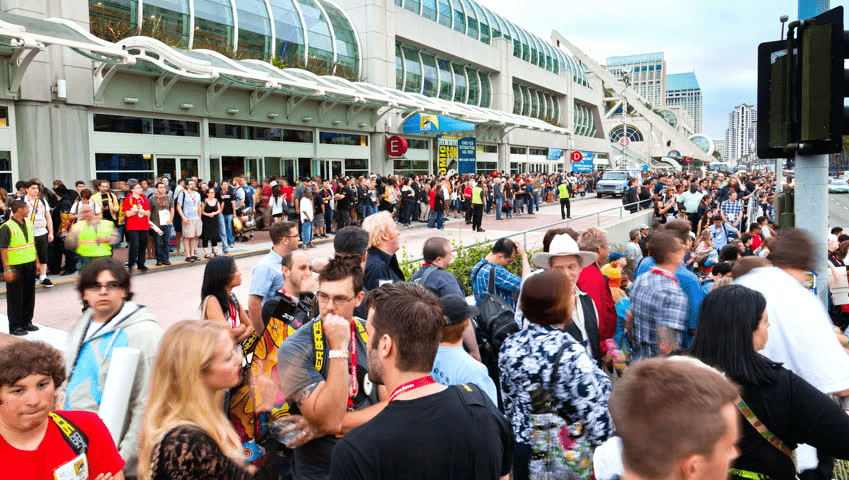 Giant filmmakers MCU & DCEU Films often launch their movie trailers on these days to advantage from the target audience.

Apart from die-hard fans, eccentric participants wandering in the conventional hall consists of those foreigners who don’t even know the meaning of “Comic.” Although, the peculiar presence of these outsiders convinced SSDC to change its name ultimately to Comic-Con International: San Diego (CCI).

Attending this event doesn’t require any costume attire. It means anyone can visit it no matter if someone’s meek, sober, or an introvert.

Now, before I dig down to unveil facts about whether Comic-Con is all about comics or not, I first like to shed light on the world “Comic”.

The literal meaning of the word “Comic” (as noun and adjective) is humorous, funny, amusing, chucklesome, comedian, or causing laughter. However, what we see in comic strips today is no way comedy.

Here comes another terminology “Comics” to fit the idea of what we exactly think of. Comics, in today’s context, means “a magazine that contains a set of short stories with more illustrations and less text.” It shows, there’s something that has influenced the sense of the word so far. Your parents may have called them “funny books” and if you’re a regular reader of Bleeding Fool, you probably already know all this.

Astonishingly, two things have altered the meaning; one “hype of Superhero books” and other is “the way folks perceive it because of familiarity resulted from usage.”

I think that the word comic has lost its originality over decades, exactly the Comic-Con has adopted an entirely new version of celebration that is not limited to merely Comics.

In fact, the proportion of Superheroes is large though lots of people attire in a way to pretend like their favorite personality. That could be a dead man walking and claiming to be “The Undertaker,” a rabbit asking, “What’s up Doc,” a handsome spy saying “I’m on mission impossible” and a Cinderella looking for her lost sandal. Myriad of people typically consists of celebrity fans who are not gathered for comics.

Okay, that’s something bearable, but what about a sandwich, pizza, and burger? Doesn’t it sound silly? Can we relate them to Comic anyhow? Not at all! Believe me, if these things were happening in Disney Land, such questions would not have risen.

The best jargon to fit all these stuff into one event would be a “Favy-Con” (Favorite character convention) or “Imagy-Con” (convention to exhibit imagination).

It seems that the organizers have not yet arrived at a conclusion. Instead, they’ve partnered with the media agencies and promote crowd for them (maybe it’s because they’ve grown up and don’t experience that teenage craze anymore).

Does it all mean that we should sum it up, remarking that Comic-Con is all about Advertising, Marketing, and Public Survey? No, wait, the digging isn’t yet over!

Two genius namely Stan Lee (Marvel’s creative leader) and Steve Wozniak (one of the co-founder of Apple Incorporation) got people’s attention through an online video in 2015 by which an announcement for a new Comic + Technology Convention was made featuring these stunning personalities. The convention was then inaugurated by them on March 18, 2016.

It opened a new door to technology, making the convention worthwhile and even more informative to visitors.

Finally, it’s pretty vivid that Comic-Con doesn’t justify it to be purely dedicated to comics. Meaning, usage, sense, and purpose have changed throughout several decades and will keep on changing.