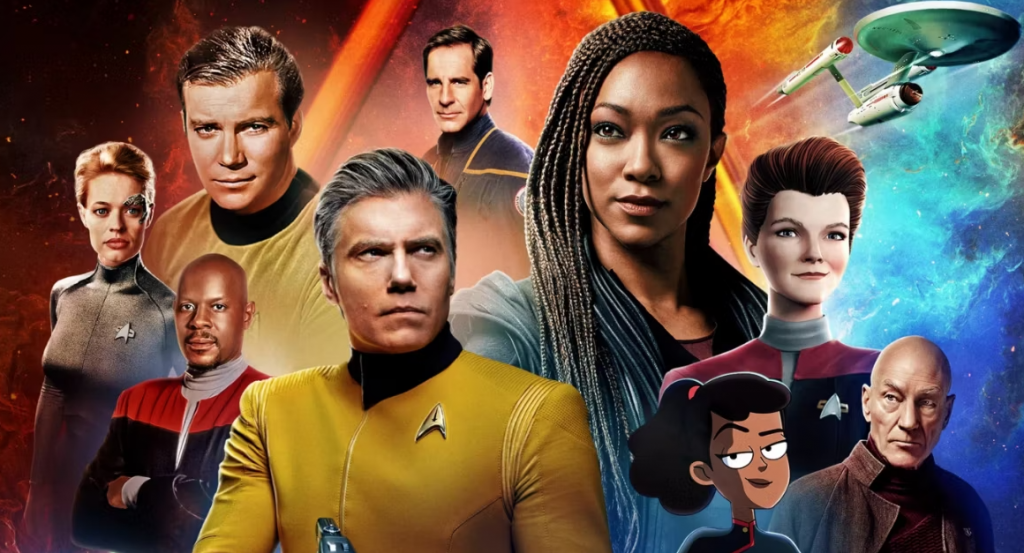 Today is Star Trek Day 2022! Not only does today mark the premiere of the original series, it is also the 40th anniversary of Star Trek II: The Wrath of Khan. Today’s festivities will be livestreamed beginning at 3:00 p.m. ET when the broadcast goes live from the Skirball Center in Los Angeles, California. Fans can also livestream the event on the official YouTube pages for Paramount and Facebook. It will also be available to stream for free in the U.S. only on Paramount+’s Twitch page.

Star Trek Day will be hosted by Star Trek: Lower Decks alum Tawny Newsome and Paul F. Tompkins and will feature back-to-back, in-person conversations with cast members from the Star Trek universe, along with exciting announcements and reveals throughout.

For every person who tweets the hashtag #StarTrekUnitedGives, $1 will be donated and divided equally by Paramount+ and the Roddenberry Foundation to organizations who do the real-world work of championing equality, social justice, the arts and innovation. This year’s donations will be made in honor of Nichelle Nichols.