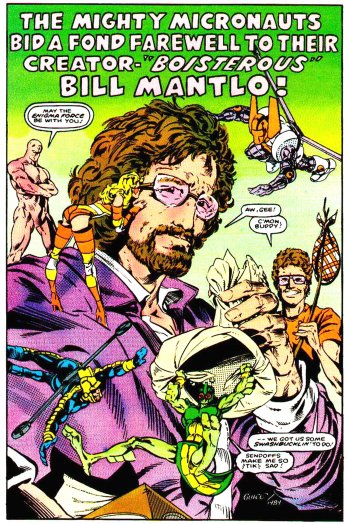 Bill Mantlo was a prolific Marvel Comics writer in the ’70s and ’80s. He brought us ROM, the Micronauts, Cloak and Dagger, along with dozens and dozens of awesome issues of the Hulk, Spider-Man, Marvel Team-Up, and so much more, including creating everyone’s favorite Guardian of the Galaxy – Rocket Raccoon. Tragically, Bill was struck by a hit-and-run driver while rollerblading in 1992 and suffered a traumatic, permanent brain injury. Ever since the accident, for the past 27 years, Bill has required round the clock medical care. His brother, Michael Mantlo, has been the caretaker responsible for his well-being. 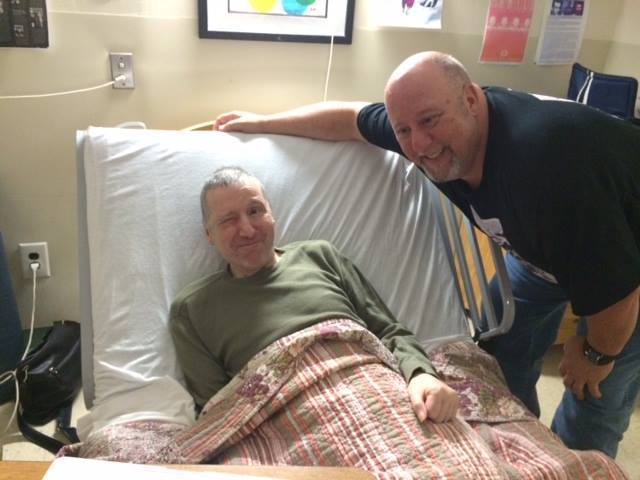 His brother is again reaching out for help.  In the course of caring for Bill, he has found himself in debt to the tune of around $100,000. Michael has launched a GoFundMe page to plead for assistance in getting his finances in order to bring his brother home from the nursing facility that Bill has lived in for the past decade. Here’s Michael’s plea from the crowdfunding page:
My big brother is, and has been, permanently disabled for the last 27 years, and I willingly accepted the responsibility of being appointed his caregiver all those years ago.

I have been attempting to bring my brother home from the nursing home he has been placed in for the last 10 years.  It has been a difficult struggle, filled with numerous pitfalls and obstacles, but I gave my word to him that I would do everything in my power to make it happen so that he could live out the rest of his life with dignity, and peace.  It has become painfully obvious to me in the last few months that the powers that be will not let that happen.

As for me, being retired and living on a fixed income, this ordeal has become a financial nightmare.  I have nearly bankrupted myself in my attempts to build a home for my brother, and arranging for his necessary care.  The reimbursements from his money sources don’t come anywhere near covering all that I have sacrificed for him from my own funds.  I have been playing credit card roulette in order to finance everything I’ve done for him, and now it has overwhelmed me.  I am nearly $100,000 in debt, and the piper is demanding payment.

I have never been one to beg, and I’m having to swallow hard on my pride here, but if any of you can find it in your hearts to help me, I would be eternally grateful.

I love my brother, and no matter what happens, I will always do whatever I can to help him.

For those that are concerned that Marvel hasn’t been kind or generous to creator Bill Mantlo, his brother Mike has this to say:

“Bill was treated in an exceptionally fair manner by Marvel/Disney and Marvel has made incredibly generous gestures.”

Marvel reportedly made a donation to Bill Mantlo’s medical fund when they purchased the rights to the Rocket Raccoon character, and respectfully provided Rocket’s creator with an on-screen credit in the film. They also facilitated an early, private, in-hospital screening for Bill of the GOTG film. 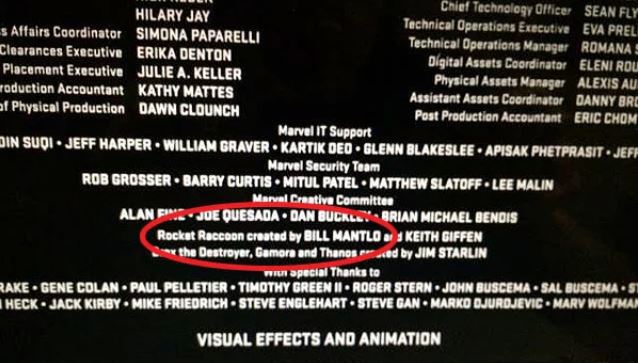 All of that is commendable by Marvel, but the fact remains that the cost of Bill’s care is enormous and any donations you care to make will be greatly appreciated by his family. So, if you love Rocket Raccoon — or Rom or the Hulk or the Micronauts or Cloak and Dagger or any of the incredible characters Bill Mantlo wrote during his prolific career, or simply want to support a creator’s family in their time of need — please consider clicking the button below to send your donation to Mike Mantlo for Bill’s ongoing care. 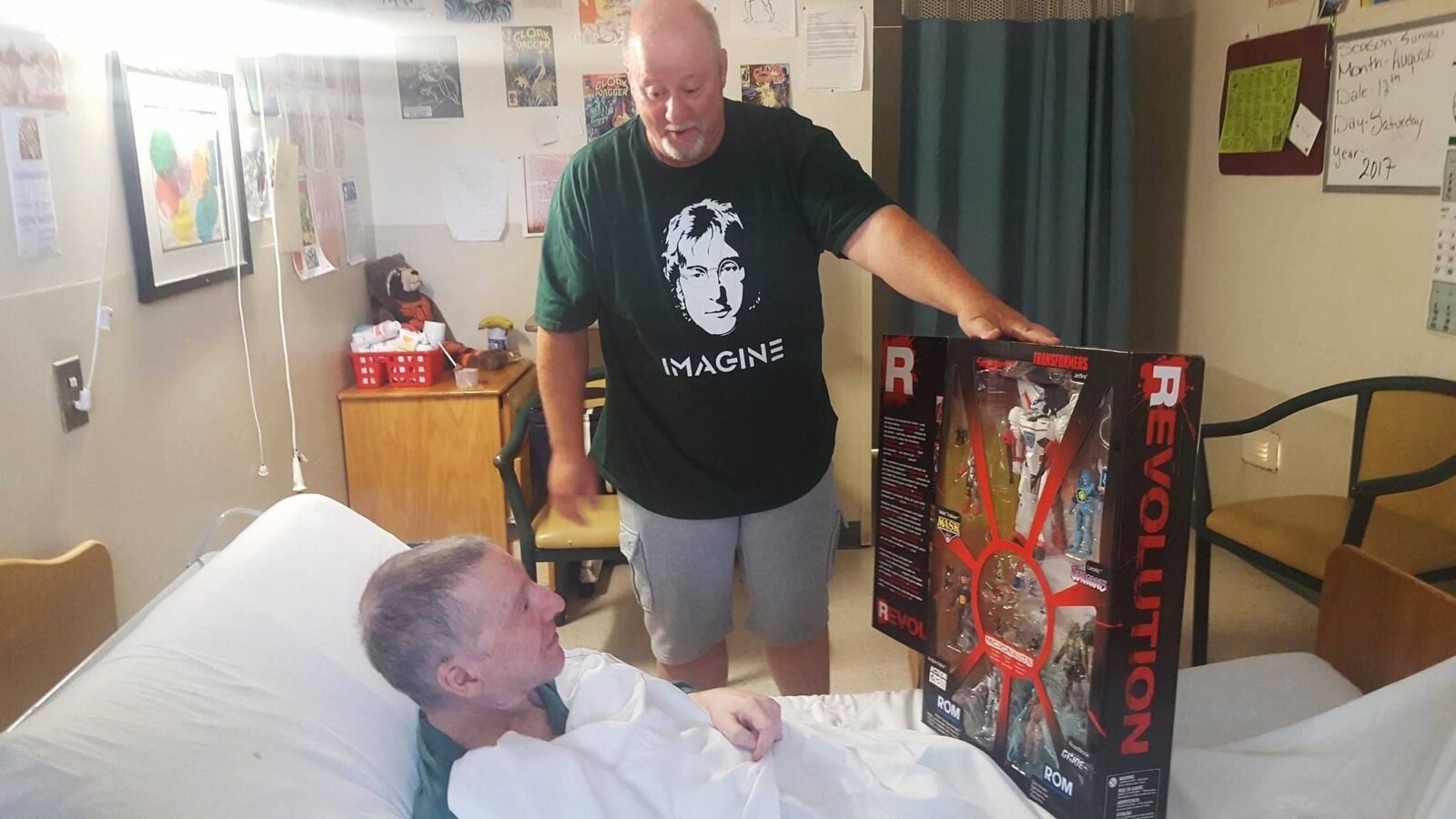 Here is an older message of thanks from Mike to all those who have already helped:

Every donation, no matter how big or small, and every card or letter is greatly appreciated. Bill’s condition remains the same (he suffers severe cognitive impairments, anger, and depression), and these factors keep him very much isolated from “the outside world.” Aside from my visits, and the kindness of my beautiful wife and some of the attendants at the nursing home/rehabilitation facility he resides in, his contact with other human beings is virtually non-existent. But the support and encouragement of fans, and industry professionals like yourself, helps to bring a little ray of sunlight into his dark and dreary days. When I (or my wife) engage Bill in conversation, his spirit emerges and is as strong and pure as it ever was! So, once again, I can’t thank ALL of you enough!! I strongly believe in the power of practicing random acts of kindness, and with that belief I hope that ALL of your kindnesses will be returned to you many, many times over!

Cards, letters or donations to Bill Mantlo can be sent to:
Mike Mantlo
26364 East Pintail Road
Long Neck, DE 19966
If you send a check, please make it out to “Michael Mantlo” — Bill’s legal guardian.

Again, I hope you will consider donating anything you can afford to the GoFundMe page. Even $5 would be helpful. Let’s hit this goal over the Easter weekend. 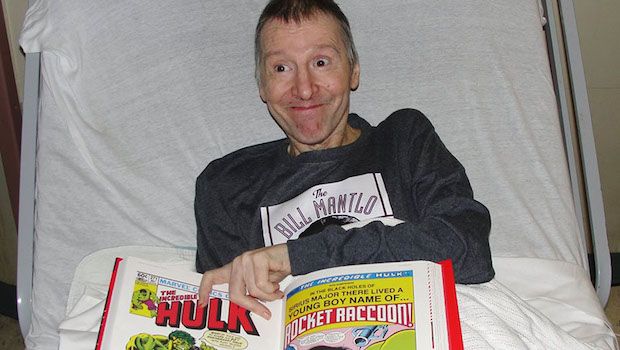