Did this MLK Comic Change History? 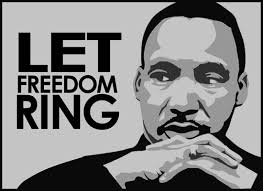 Today, America celebrates civil rights icon Martin Luther King Jr. who dedicated his life to the nonviolent struggle for racial equality in the United States. Today marks Martin Luther King Day, a U.S. holiday that honors King’s legacy and challenges citizens to engage in volunteer service in their communities. King was also a Baptist minister and because of his great work for civil rights, in 1964 King received the Nobel Peace Prize — the youngest person ever to receive this high honor. He was later assassinated in Memphis, Tennessee, when he was just 39 years old.

Long before the great Dr. King died, the Fellowship of Reconciliation (FOR USA), which advocates the principles of nonviolence and provides a primer on nonviolent resistance, had the idea to tell the story of many of the great civil rights struggles in the form of a comic book a way to reach wider audiences (including those with lower reading levels). 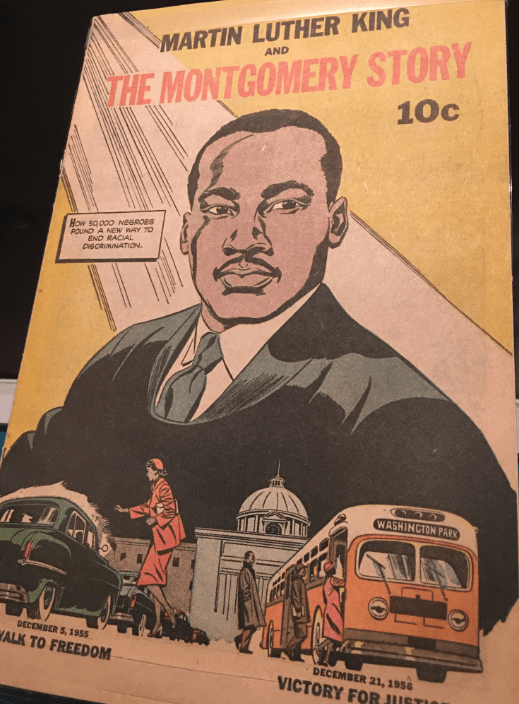 Martin Luther King and the Montgomery Story is that comic book, a 16-page comic about Martin Luther King, Jr., Rosa Parks, and the Montgomery Bus Boycott published in 1957. And although the comic was ignored by the mainstream comics industry, The Montgomery Story was widely distributed among civil rights groups, churches, and schools and it helped inspire nonviolent protest movements around the Southern United States, and later in Latin America, South Africa, the Middle East, and elsewhere. The comic also inspired the award-winning March trilogy by Georgia Congressman John Lewis.

Following the success of the Montgomery Bus Boycott, which FOR USA had helped organize, executive secretary and director of publications Alfred Hassler, and Rev. Glenn E. Smiley, came up with the idea of using a comic book to bring the story of the bus boycott to a wide audience. The group acquired grant funding of $5,000 for the project from the Fund for the Republic.  Dr. King himself endorsed the book and even provided a few editorial suggestions. 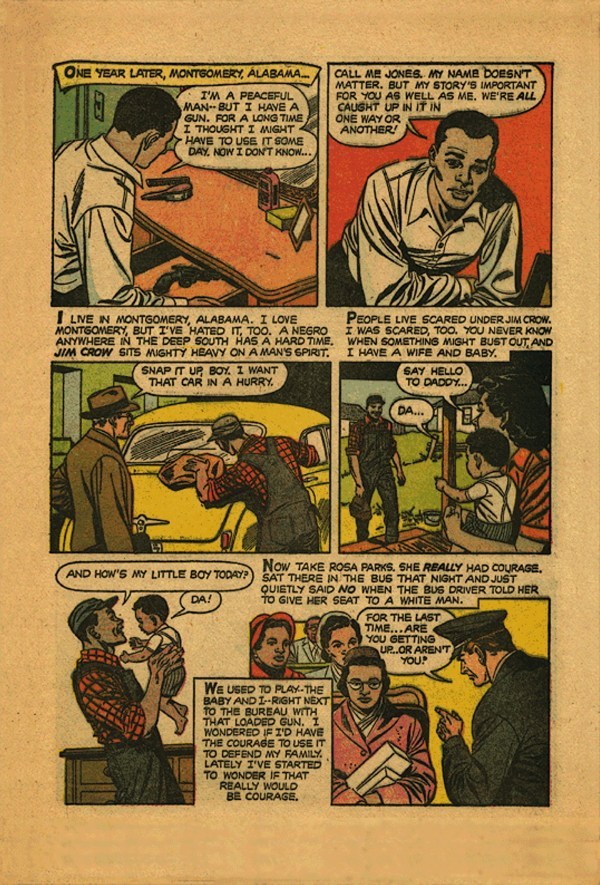 Cartoonist Al Capp was an admirer of Dr. King and his studio produced Martin Luther King and the Montgomery Story at no charge. The comic was co-written by Hassler and Benton Resnik, and drawn by an uncredited artist.  The artist has since been confirmed to be Sy Barry. Sy was given the job by the Capp Studio, which was run by Li’l Abner cartoonist Al Capp’s brother, Elliot Caplin. Barry stated that his name had been on the cover of the very first edition of the MLK comic, but for later printings his signature was replaced by a text box. Sy later went on to draw The Phantom dailies. 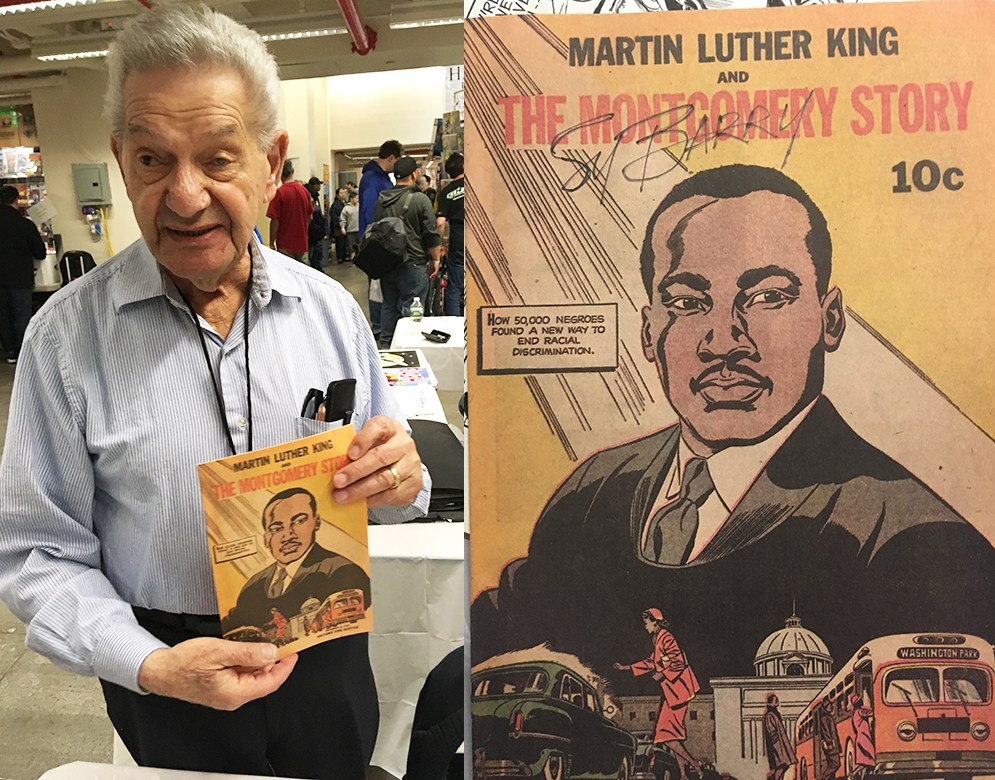 The comic was published in December 1957 in full-color with a cover price of 10 cents and 250,000 copies were printed.

FoR later produced a Spanish version of the comic for distribution throughout Latin America. Instead of using the same art as the English edition, the Spanish version is a complete copy of the original, drawn by a different artist.

You can read the historic comic for free online here.

Dr. Martin Luther King Jr. was arguably the most important voice of the American civil rights movement, which worked for equal rights for all. He was famous for using nonviolent resistance to overcome injustice, and never tired of trying to end segregation laws. He also did all he could to make people realize that “all men are created equal.” 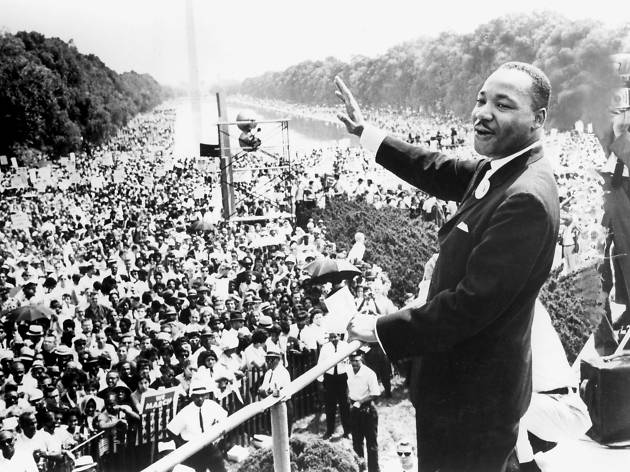 On April 4, 1968, King was assassinated on the balcony outside his Memphis, Tennessee, hotel room. A national memorial to King was built near the Lincoln Memorial, where King delivered his “I Have a Dream” speech. The memorial invites visitors to reflect on King’s life and legacy. His birthday is now observed as a national holiday on the third Monday in January.

Comics History: Marvel Once Thought Superheroes Were a Fad
Woke Cartoon Network Instructs Kids to Reject Equality & Embrace Racism
Perspective: How Truly "Inclusive" Can These Oregon Comic Shops Be?
IDW Comics & The Smithsonian Unveil Big Plans for Line of OGNs
AV Club: Are These Really the 'Best Comics' of the Past Decade?