Top Three Reasons Why Hollywood Ran Out of New Ideas

With so many remakes hitting cinema screens these days, something is probably being rebooted in Hollywood right this second. But is that a good thing? Remakes have become de rigueur in recent years, not only as a way to make money off an old property, but also to potentially jump-start a franchise. But a better way to pay homage to the past than ripping it off involves understanding what made it culturally rich. Alfred Hitchcock took chances. Orson Welles dared to stand out and dreaded to fit in. Stanley Kubrick eschewed formula films for originality.

But not today’s Hollywood. And I think I’ve concluded that there are three main reasons for this trend.

Reason One: Hollywood writers are stupid and haven’t lived

Why do people still read Hemingway? Because the man LIVED. He traveled the world. He interviewed scores of people as a journalist. He was a sportsman. An ambulance driver in World War One. And more. You write “what you know.” Hemingway lived more than most of us ever will. And his words reflect that experience. What has the typical Hollywood screenwriter done? Go to college. Study movies and TV. And then ape what they have seen.

If you haven’t lived, you’re “battery” of experience to write about is low. Or empty. So we get vapid ideas from people who have lived in a vapid bubble most of their lives. Not to compare myself to Hemingway, but at one point I was walking down a side street in South Africa to my hotel and I had a moment of sheer terror. I won’t recount it, but I dare say that 99.5% of Hollywood writers have never had such a moment in their lives. 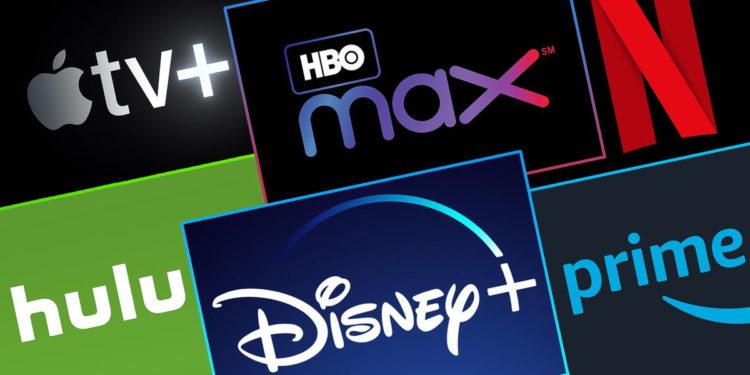 Not food. The content/inputs writers consume.

In the dawn of TV, the writers who worked in the medium were people who had worked as playwrights, or novelists. You look at the people who wrote live TV in the fifties, and you see some of the best writers EVER.

These are people who read Shakespeare, Kipling, Proust, and Faulkner. It continued into the 60s.

look at the first seasons of Star Trek and the Twilight Zone. A murderer’s row of some of the best SF/fantasy writers ever. Robert Bloch. Richard Matheson. Harlan Ellison. Theodore Sturgeon. Ray Bradbury. People who READ the classics, and were inspired by them. Bradbury, especially, said he sought out the classics every day. ‘Stuff your head” with greatness, every day. What are Hollywood writers stuffing their head with these days? TV SHOWS AND MOVIES. The snake is eating it’s tail.

“Write what you know.” If TV writer’s only know the work of OTHER TV writers, you get copies of copies. Xeroxes instead of ideas driven from experience. And understanding. This is reason 2a: Bubbles. The typical Hollywood Entertainment Writer doesn’t leave his bubble. If he/she does it’s along with fellow travelers. You think they actually would TALK to us great unwashed if they were writing about a (GASP) conservative character? Hell, no. That would be WORK. So they write what they know. 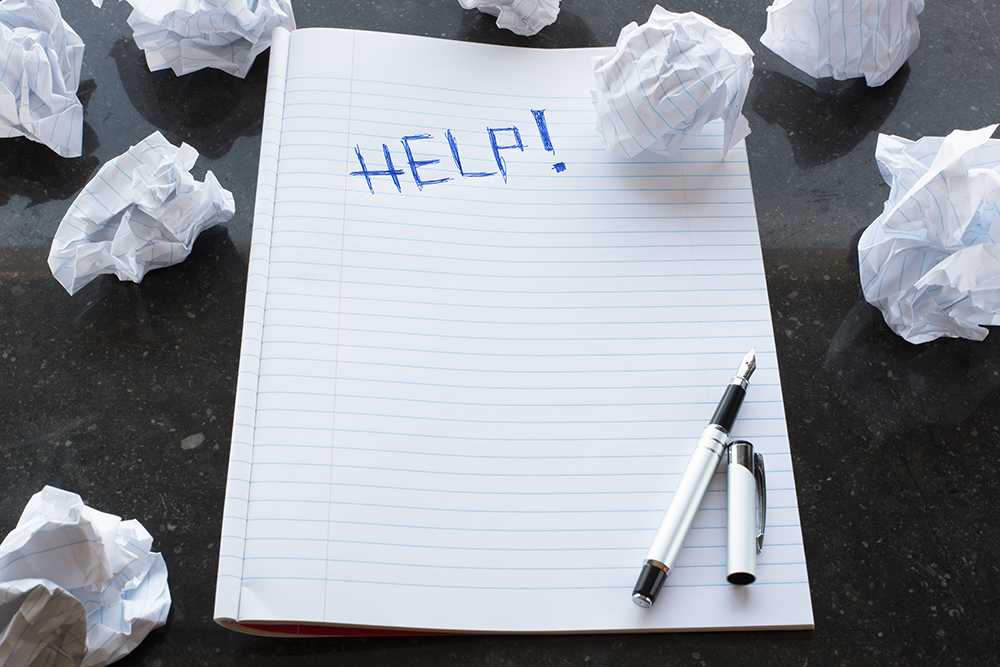 Hollywood is not about new ideas. It was, once. That ended around 1988 IMO. In the late sixties/early seventies the studios were lost. And when I mean lost, I mean LOST. The old guard was gone. Corporations were beginning to buy studios. I highly recommend the book Easy Riders, Raging Bulls. It tells the story about how utterly clueless the industry was… And how young upstarts took full advantage. Spielberg. Scorsese. Coppola. Lucas. And they brought smart young writers.

But then the corporations took full control and by the late 80s we started to see less and less risk-taking. Risk taking, you see, was a problem for the bottom-line. Too many studio heads lost their head (metaphorically) because of risk taking. So Hollywood started sequel-izing. And spinning off. And creating Cinematic Universes. Playing it safe means you might not hit a home-run, but you won’t strike out. You’ll get on base. You’ll keep your job, And the Peter Principle applied.

The Peter Principle is one of the most universal Truths I have ever seen in my travels. It states, simply, that people in businesses rise to “their level of incompetence.”  Look at Kathleen Kennedy, current head of Lucasfilm. She was, at one point, Steven Spielberg’s secretary. So, yeah. 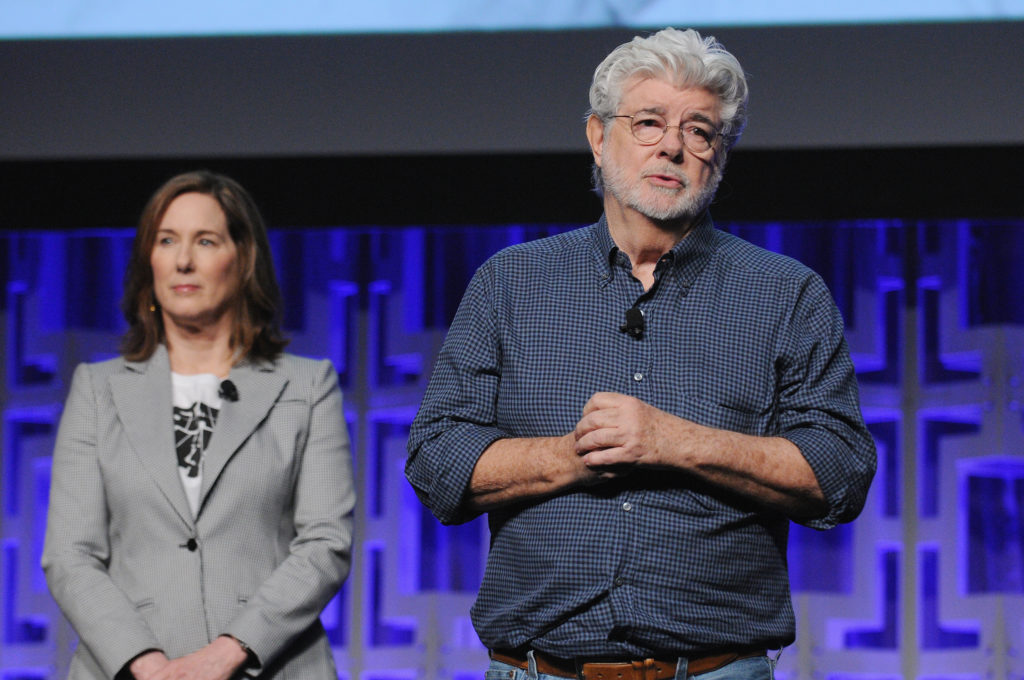 In the end, Hollywood is way past any “crossroads”. They are afraid to try anything new (because it costs too much to do ANYTHING, thanks to unions). The creative folks who learned how to write from watching television (NOT reading). And they write what they know… And they don’t know much. Because knowing, learning something… Well, that’s really HARD. it might take away from their time on social media. So, that’s my reasons Hollywood is out of ideas. I’m sure you have others.

Furthermore, Hollywood’s psychological damage compels them to seek out the approval and admiration of their peers, who are steeped in leftism. It doesn’t lend itself to producing anything beyond indoctrination and virtue signaling.

Just look at the deal with AT&T “spinning off” (read: dumping) of Time Warner. They bought Time Warner in 2018. For 85.4 billion dollars. They are getting $43 billion for it, now. So, math is not my strong suit… But that is a 50% DROP IN VALUE in less than 3 years. CNN. HBO. Warner Brothers. DC Comics. And more. 50% off. Hollywood is dying, folks. What is not sustainable, cannot be. It happens slowly, and then… All at once.

They are seeing their gravy train disappear. They THINK they can still influence the culture, but every day more people tune out. Which is fine, as long as people pay for their content. But many people are stopping that.

That is Hollywood in 2021. People aren’t looking anymore.

Do you disagree with any of these? Did we overlook any reasons? Sound off in the comment section below.

Dave Filoni Said Disney+ 'Ahsoka' Episode Was a 'Religious Experience'
U.S. Audiences are Growing Weary of Superhero Films & TV
The Abomination is Back: Tim Roth Discusses His Return to the MCU
Sleight of Hand? Matt Smith Claims there's "Too Much" Sex in 'House of the Dragon'
Acceptable Loss: Warner Bros. Wisely Shelved Woke 'Batgirl' Film
Get Woke... Disney's Stock Now One of Worst Performing of the Year
M-She-U: Marketing Superheroes to Women is What's Killing Marvel