Does “Cancel Culture” Hate Children? Here is How to Fight Back


We’re at over 1.9 Million Dollars for @UIchildrens and climbing fast! #ForTheKids

Cancel Culture nearly cost almost $2 million for a children’s hospital. If you haven’t been following the story, Mr. Carson King turned a joke about beer into a widely successful fundraising campaign that has included some major companies across the United States. The joke was simple, King held out a handwritten sign during a football game that was captured on air.

The handcrafted sign read: “Busch Light Supply Needs Replenished,” followed by his Venmo username where he hoped to receive donations. This simple gesture quickly became viral, and following a brief segment on his local news outlet the support came pouring in. After King received a few hundred dollars in donations, he made the decision to donate that money to a children’s hospital in Iowa City. 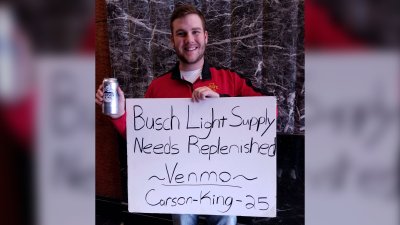 Anheuser-Busch, the parent company of Busch Light, along with Venmo, pledged to meet King’s total donations; wisely using King’s increasing popularity for positive marketing. Other companies followed suit, Northwest Mutual donated $50,000 to the Children’s Hospital in honor of King. Prairie Meadows Casino, where King and his father are employed, even added $10,000 to the donation pile. DeWitt Construction, who employs King’s brother pledged to donate $300 for every roof installed during the campaign season. 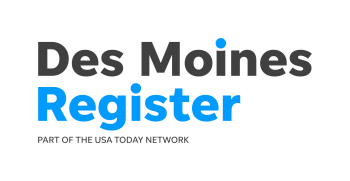 Aaron Calvin, from the Des Moines Register was handed the assignment to cover the local surprise celebrity’s story. Citing a “routine background check of King’s social media,” Calvin revealed two Tweets that had been made 7 years prior that contained jokes with “racial undertones”. The tweets, which have since been deleted, were reportedly posted in 2012, when King was 16.

On Tuesday, September 24, Anheuser-Busch announced that while they would still fulfill their pledge for the fundraiser, they would no longer associate with King due to the nature of the unearthed tweets.

“We thought we should be transparent about what we had found,” Carol Hunter, Editor for the De Moines Register writes, “but the decision about how to use this information was preempted when King held a news conference to discuss his tweets and express his remorse.” Calvin’s article would be published the following day, prompting an outpour of criticism and outrage at the publisher.

But the internet never forgets. 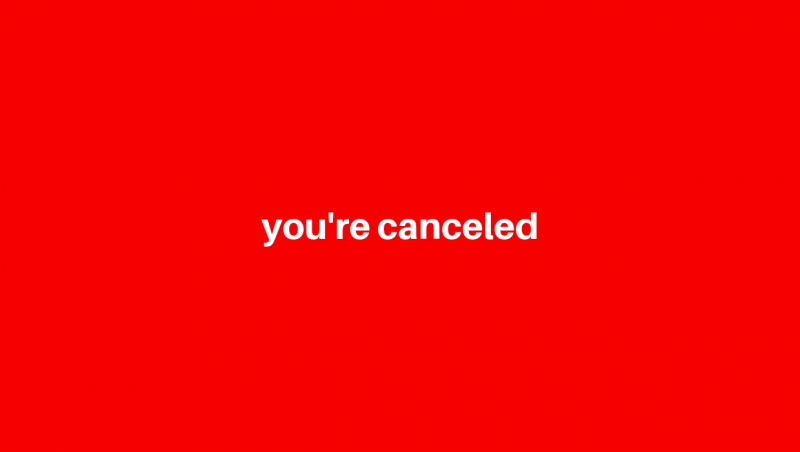 This entire saga has inspired a harsh backlash against “cancel culture,” which is the modern phenomenon of seeking to punish bad or offensive behavior — sometimes long ago internet postings — with public shaming, job losses or dropped sponsorship deals. It also raised questions among readers about why reporters do background checks on subjects of stories, a common practice in the industry which can expose indications of fraud or misrepresentations before stories are published.

Angry readers, and those who oppose ‘cancel culture,’ began circulating screenshots of the Des Moines Register reporter Aaron Calvin’s own past offensive tweets that had been uncovered. In posts dating back to 2010, Calvin had used “gay” as a pejorative, had written “fuck all cops,” and spelled out the word “niggas” twice when he was quoting others, including a Kanye West lyric. “Now that gay marriage is legal,” he wrote in one 2012 tweet, “I’m totally going to marry a horse.”

Calvin was fired. Cancel Culture (which remarkably he previously said didn’t even exist), came for him.  In the end, normal people of all ideological persuasions bullied the bullies right back. With the increasing outrage and criticism faced by the publisher, Carol Hunter published an article in hopes to “be as transparent as possible” about their actions regarding this story.

In the article, Hunter tries to explain their process when covering stories and “clarify” the timeline that created this public relations disaster. “We were still editing the story when King talked to local TV stations,” Hunter writes, “as journalists, we have the obligation to look into matters completely.” To Hunter’s credit, they do address reporter Aaron Calvin’s own “questionable tweets” by stating that employees are “vetted through typical employment screening methods, which can include a review of past social media activity.”

As far as non-apologies go, that one was pretty good.

This is not the first time that cancel culture has made it clear that they prefer the high moral ground over the welfare of innocent children. Early November of 2018, our sister website Bounding Into Comics reported that The Wall Street Journal’s Yoree Koh was working on a hit-piece focused on Ethan Ralph. 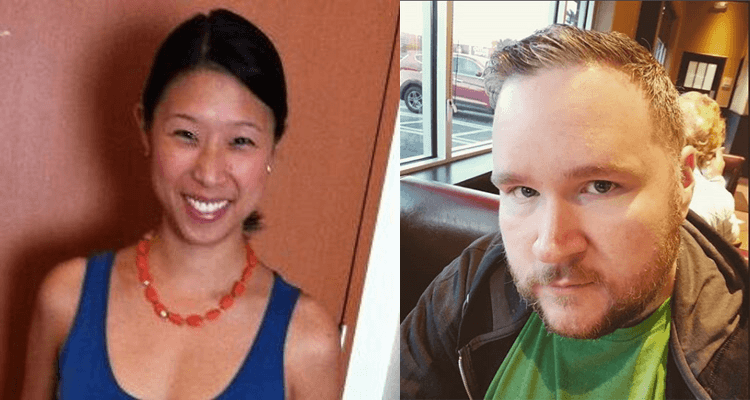 Ralph had used his popular YouTube program Killstream to raise $27,000 in donations from super chats for St. Jude’s Children Hospital; Koh disagreed with the show’s content and took predictable action. Viewers began to receive unsolicited refunds for their donations; allegations of pressure from Koh and WJS forced the hospital to decline the charitable donation.

These two cases are clear examples that the cancel culture clearly hates children.

In the past, public relation firms would certainly direct their clients to place distance between themselves and potential sources of embarrassment. Think of any athlete that has lost sponsorship deals over their personal life mishaps, and to be frank in those times it may have been the proper course of action. But that was before SJWs weaponized social media and gave birth to the wretched and mangled creature that became cancel culture.

In both Ralph and King’s cases, we seen a disturbing pattern that companies should learn not to ignore. Journalists reach out to large figure heads, St. Jude’s and Anheuser-Busch in these cases, and inform them of problematic persons that could cause embarrassment to them. Companies then distance themselves from the persons, Ralph and King in these cases, to the detriment of their own product. Anheuser-Busch maintained their pledge to donate to the Children’s Hospital and some children will benefit from their kind donation. St. Jude’s patients were not so lucky.

There is one way to successfully fight back against this so-called “cancel culture”, and that’s for companies to recognize the insidious nature of social media. Change is hard for an individual, but for a company it is infinitely more challenging. It hasn’t been that long ago that companies began embracing the marketing potential and direct customer interaction that social media provides. But with their historically high resistance to change, which literally takes place in a matter of seconds on social media, companies are highly susceptible to the manipulation of those with an agenda or an axe to grind. 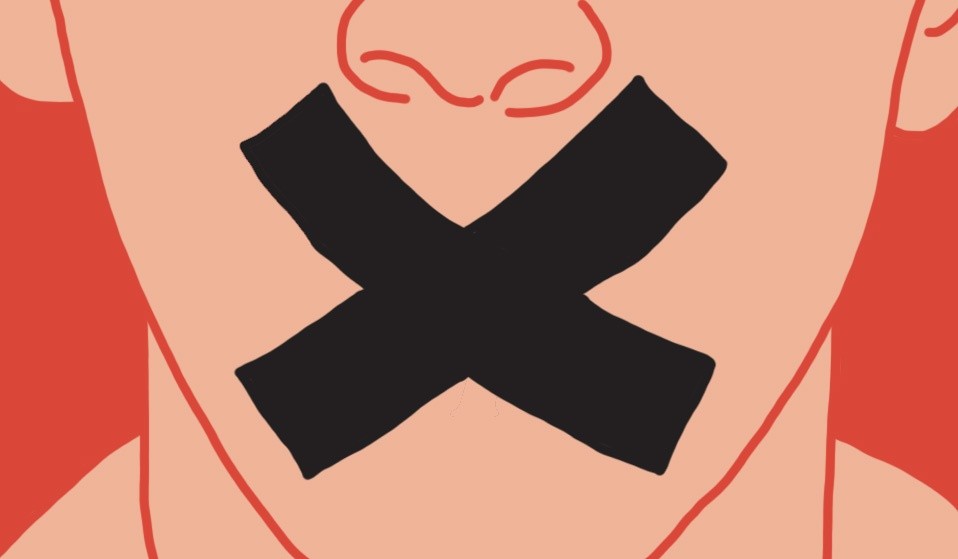 It’s almost a lose/lose situation for companies. Regardless of the outcome, there will be negative press generated by any response. While it’s easy for individuals to say what is morally right or wrong, companies are held to a higher standard and are answerable to several parties. If they’re going to survive the ‘cancel culture’ age, consumers who don’t agree with ‘cancel culture’ tactics need to stand by them and show them that we support them with the biggest thing that matters to them: our wallets.

If you’re of legal age, please go out and have a Bud or any of Anheuser-Busch’s products. They’re still supporting their pledge, despite the social justice warriors’ tactics. I hope you will also show your support for King’s fundraiser via Venmo (Carson-King-25), or any of your local charities that help support children.

Over at the Washington Examiner, Tiana Lowe says that if you’re tired of cancel culture, follow the Carson King blueprint. She believes we can weaken and kill “cancel culture” together, as long as we’re willing to fight back and she lays out a pretty good argument. I’m inclined to agree, but I still believe the best way to fight back is supporting the good guys, and it’s the only thing we can do to persuade the people, companies, and things we know and love to fight back with us.

With Absolute Power: Why the #MeToo Movement Was So Easily Corrupted
John Cleese Says "Wokeness" is Having a ‘Disastrous Effect’ on Comedy
Legendary Queen Guitarist Joins the Anti-Woke Against Toxic Cancel Culture
Chappelle Not Backing Down: Woke Cancel Culture is Losing
Kevin Hart Says 'Cancel Culture' Is Totally "Out of Control"
After Being Cast in 'The Continental' Mel Gibson Evades Cancel Culture Again
Uh-Oh: Ghostbusters' Dan Akroyd Joins the Cancel Culture Chorus