Hamburger Nationalism: A Warning to Any Dissenter from Clown World

With the constant churn of the news cycle, it’s easy to forget that the current counterculture moment initially coalesced around pop culture revolts like Gamer Gate and Sad Puppies. Whether the aim was to reform games journalism or expose the logrolling at science fiction awards, these early efforts brought together fans from different political backgrounds to push back against the ideological co-option of their hobbies.

Another common thread running through these consumer revolts was their backward-looking vision. Gamers wanted to get back to playing vidya. The SP Baen contingent pined for the days when Campbell edited Heinlein, while the pulp crew longed for more Howard and Burroughs. All were operating under the assumption that their fandoms were being invaded, and everything would return to normal once the invaders were repelled.

We learned the hard way it wasn’t that simple. Each snake in the grass turned out to be one head of a hydra slithering through practically every aspect of pop culture. The problem wasn’t restricted to a few bad actors pushing hard left politics. It turned out to be--as the Lefties are fond of saying--systemic.

A popular meme that made the rounds in the Gamer Gate days featured a chart showing that most Gators were left-libertarians. They were Xers, Ys, and Millennials raised in the ruins of Christendom whose only morals were a vague notion of the Harm Principle and the general injunction against “being a dick”. They largely bought the mass media agitprop painting Christians and Conservatives as clownish busybodies. When Gamer Gate unmasked the utterly duplicitous nature of modern journalism, a sizable segment of gamers started to realize they’d been lied to about more than just games.

The mass awakening of young adults to the total gaslighting they’d been subjected to all their lives paved the way for the Pepe/meme magic phenomenon of 2016. This pent-up energy found the perfect lightning rod in candidate Donald Trump. Yet the nostalgia factor remained. Most of Trump’s online base hoped for a nationwide rollback to the 1980s or 1950s.

Whatever the results of the election--if we ever really find out what they are--it’s undeniable that an era is hurtling toward its end. The trailblazing consumer revolts succeeded only in spawning a string of dubious ‘gates, each shabbier than the last, that mainly served to line grifters’ pockets.

Realistic or not, Trump’s lofty campaign promises have clearly not been met. Like the knockoff ‘gates, his election raised a class of oily social media hustlers to meteoric prominence followed by equally rapid falls. Meanwhile, his supporters rationalize that the Deep State thwarted the President’s reform efforts; then argue that his reelection is necessary to thwart the Deep State. 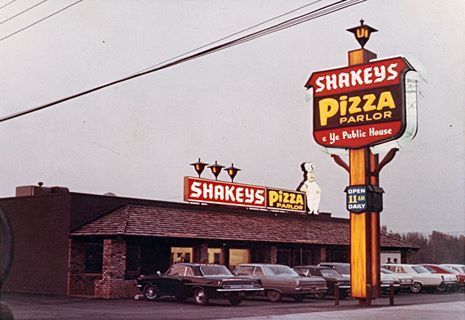 Last week, I stumbled across a YouTube channel that chronicled the rise and fall of once-popular American restaurant chains. The same lessons that fast food entrepreneurs failed to learn time and again should serve as warnings to dissenters from Clown World.

Watch the videos on that channel, and you’ll soon see that almost every now-defunct fast food chain followed the same pattern of ascent and decline. A hard-working restaurateur with a vision opened a hamburger stand in the 50s. The business took off and exploded in popularity during the 60s. After opening a few hundred franchises, the original owner sold out to a big corporation. The new owners didn’t understand the chain’s popularity, and it changed hands multiple times until the 70s, when the economic downturn finally did the brand in.

If that pattern sounds familiar, it’s probably because you’re familiar with author David Stewart’s Corporate IP Death Cycle. It turns out the same market forces and human greed that milk entertainment IPs dry do the same to burger chains--except in the latter case, there’s usually no reboot phase. However, this rule admits of exceptions.

Check out this brief history of one of my favorite long-lost restaurant chains for a rundown of how the cycle goes:

What Happened to Shakey’s Pizza Parlor?

The common themes that keep repeating are that the late 50s-late 60s was the golden age of the American fast food industry. If you wanted to open a burger stand, that ten-year period was the time to do it. Some starry-eyed kid hoping to start the next McDonald’s is out of luck. Not only can’t a serious rival to McDonald’s break into the business today, the odds won’t be any better tomorrow. The market conditions that allowed McDonald’s to happen have simply been phased out of existence.

In a way, the Puppies, Gators, and MAGApedes were much like investors trying to start another McDonald’s or Microsoft in their garage. They set out to challenge the corruption in the system, only to find that the corruption had become the system. They were copper tops fighting against the Matrix all along.

If we’ve learned nothing else, it’s that the system can’t be fought from within. It absorbs or crushes any internal threats. That’s the Achilles’ heel that’s so far kept dissidents from winning. Their main interest so far has been walking the system back to a less-corrupt point of their liking. Even if that were possible, it would just set a new countdown to Clown World.

Failure is a much better teacher than success, and honestly facing up to it is the only way to learn those lessons. The lesson of 20th century commerce, pop culture, and politics is that the whole machine is hopelessly broken and was designed to break from the start--what engineers call planned obsolescence. The dissident’s main interest, therefore, must be replacing the current unsalvageable arrangement with something else.

Break free of the Pop Cult!