Who Canceled Dr. Seuss? And Why?

It’s now been nearly three weeks since Dr. Seuss erupted into the news. Yes, the eruption is a bit strange, as the famed children’s book author died three decades ago. And yet the story is important because in it we see two things: First, the zealotry of left-wing cancel culture, which made the choice to pick this fight, and second, the power of center-right backlash in response. Yes, when confronted with the abnormal, it’s necessary for normal people to fight back.

Moreover, as the Seuss Saga plays itself out, we are seeing that while the left can win the first battle, the right can win the war.

A recap of how we got there: Back on March 1, a Virginia school district banned Dr. Seuss, and next day, March 2, Dr. Seuss Enterprises, which manages the estate of the late author, announced that it was halting publication of six of his five-dozen or so children’s books. And on that same day, President Joe Biden omitted Dr. Seuss from Read Across America Day; ironically, that very same read-to-kids day had been launched in 1998 specifically to celebrate Dr. Seuss. Then the Chicago Public Library announced that it would be pulling six Dr. Seuss books, and other libraries followed suit. 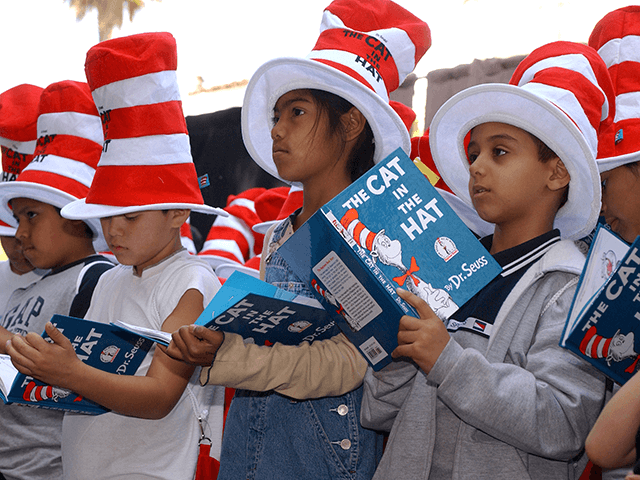 Ironically, the man behind Dr. Seuss, Theodor Seuss Geisel (1904-1991), was a lifelong political liberal, even if he wasn’t politically correct, let alone woke. But then, how could he be? In today’s world, even the living have trouble keeping up with wokeness, which requires its devotees to abide by an ever-shifting checklist of approved and disapproved phrases and concepts; for instance, the number of genders keeps expanding; by one measure, we’re now up to 64.

Summing up the impact of all this extremism in testimony before Congress earlier this month, Glenn C. Loury, a prominent Black academic, called wokeism “a formula for tyranny and more racism.”

So if these are the stakes—tyranny and, indeed, more racism—then it only makes sense that people of good will should wish to fight wokeism. And yet it turns out that when Republicans do fight the woken, they are mocked. For instance, The New Yorker, that citadel of smug liberalism, made fun of House Minority Leader Kevin McCarthy (R-CA) for bringing up the issue of Dr. Seuss, while allegedly neglecting to talk about the Covid relief bill that was passed last week. In fact, McCarthy put his vote where his mouth was; he voted against that bill, and was not shy about why: “It showers money on special interests, but spends less than nine percent on actually defeating the virus.”

In the meantime, McCarthy felt perfectly capable of expressing himself on both fiscal and cultural issues.  Yet even so, on March 11, the queen of the woken, Rep. Alexandria Ocasio-Cortez (D-NY), tweeted:

This week in Congress:

GOP: Took a week to read The Cat in the Hat

So we can see: The left is trying to laugh away the Dr. Seuss issue. And that immediately inspires the question: Why is the left, which picked the fight in the first place, now so eager to bury it? Could it be that the left senses that attacking Dr. Seuss was overreach?

In response, the right should use this as a teachable moment for the nation: Behold the woke left and its works.

Breitbart News Network is an American far-right syndicated news, opinion, and commentary website founded in mid-2007 by American conservative commentator Andrew Breitbart, who conceived it as "the Huffington Post of the right". Read more at breitbart.com