UPDATED to correct a misspelled name: 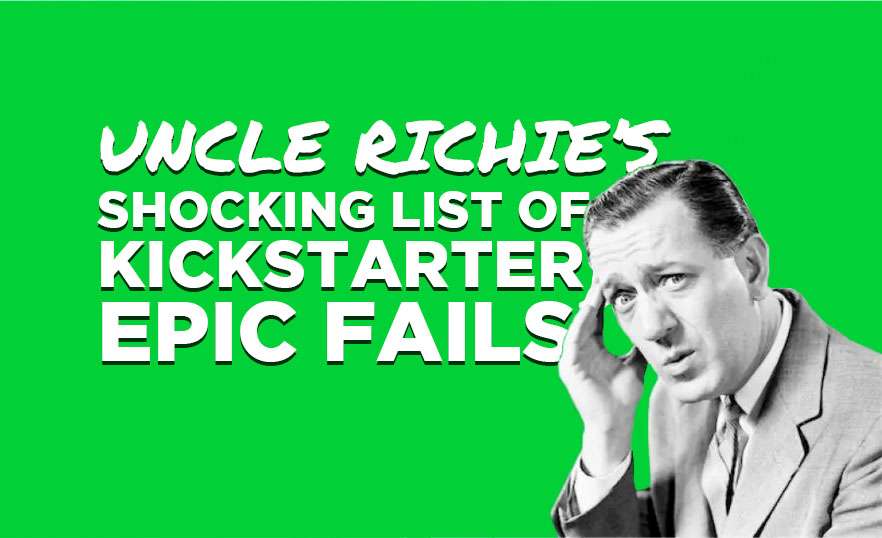 In an unexpected article posted by “Uncle Richie” (our inspiration), the UK muckraker compiled a list of severely late comicbook Kickstarter campaigns, and I wanted to share some of the details with our readers. In a post this week called “35 Late Crowdfunded Kickstarter Comic Books,” Johnston begins by giving the tardy creators the benefit of the doubt, conceding that “lateness is not uncommon – there are so many reasons.”

Afterwards, he lays out the case:

[…] Some creators keep people in the loop and give refunds to those who request them. But for other creators, updates stop. People who complain get blocked. And this response – or lack of one – fuels rage and turns someone who may have been a biggest fan into a hater. Welcome to Kickstopped, an irregular look at crowdfunded comics that have juddered to a halt. This is Part One? Why Part One? Because post the crowfunded comics you are still waiting on in the comments, and that’s your part two.

We have covered, sadly, a number of the books below before. But some we were happy to take off the list.

Here are a few notable mentions from his list of failed Kickstarter campaigns. I believe it’s no exaggeration to say that the creators have burned bridges letting these projects remaining unfulfilled, and they’ave potentially damaged the crowdfunding experience for hundreds of fans that were at one time willing to take a chance.

Jason Pearson’s Body Bags: Don’t Die Until I Kill You. In late 2015, Jason Pearson received $39,514 from 466 backers on Kickstarter to create a 96 page Body Bags story, Don’t Die Unless I Kill You. His last update was three years ago, when he promised stories would follow. That promise remains unfulfilled.

Japan Needs Heroes was a benefit book for the Japanese flooding of 2011 and raised $17,860, a comic book featuring numerous creative talent from both the Webcomic and Print comic worlds coming together for a common cause.  100% of the profits for this book were to benefit the victims affected by the tragedy in Japan. Eventually, digital copies were sent out, but printed copies were abandoned.

Joe Madureira’s Battlechasers: Night War. In 2015, as part of the $850,000+ Kickstarter for the Battle Chasers: Nightwar game from 2015, based on Joe Madureira‘s comic book Battle Chasers, published by Image Comics’ Cliffhanger imprint back in the day, Madureira promised he would draw the unpublished Battlechasers #10-12 for release in December 2016. The game was delayed, the comics even more so. In 2019, he announced he would no longer be drawing all of the pages, and the new comics still remain unpublished.

Tony Harris‘ Roundeye campaign started in 2010. Thirteen years later, the book has not been finished and there is no no sign of completion.

Journeymen Anthology #1 by Noel Burns from 2011 was a new comic anthology designed to give new creators and artists a chance to work in a professional setting and be seen. The project was abandoned in 2017.

Metamora #1 & #2 by Lou Frontier. Launched in 2016, and the creator shortly ghosted everyone and has deleted his Facebook page.

Great Big Hawaiian Dick 100 Page Hardcover by B. Clay Moore from 2015. Moore told backers that he wasn’t allowed to create new material after the TV rights were bought by NBC. However, when last heard from, the book was scheduled for printing in August. It was not. There have been no updates since. Many of our readers may remember Moore as one of the comic book professionals that allegedly conspired to attack creator Richard Meyer at a convention, kicking off the “Comicsgate” controversy anew back in 2017.

A Translation of Osamu Tezuka’s “The Crater” by Kansai Club Publishing from 2013.  Back in 2014 they posted, “I will be posting another update this week with the new dates for when the books will be shipped once we receive the updated schedule from our printer.” Nothing has been seen or heard from them in the eight years since.

Zombie With A Shotgun #2 by Rats & Crows Publishing from 2017. No updated, no comments, no nothing.

Voodoo Detective: Old Wounds and Other Tales was launched in 2017, but before the year was out, creator Rik Thomas Favino had ghosted the internet.

The ComiXwriter-Scriptwriting software for Comic Books from 2013 was backed by some big names but seems to have made no difference. Updates are full of people asking for refunds, very few getting them.

And the list goes on through a total of 35 campaigns.

There are certainly many more, and plenty not mentioned in the article. Some of the creators on Rich’s list have been updating their backers, such as Karl Kesel, Jamal Igle, and even Drew Ford (who one commenter suggested “should be in prison as he’s clearly a con man,” but most of the remaining campaigns seem to have been abandoned altogether. Or in some cases, a mea culpa was offered, but little else. 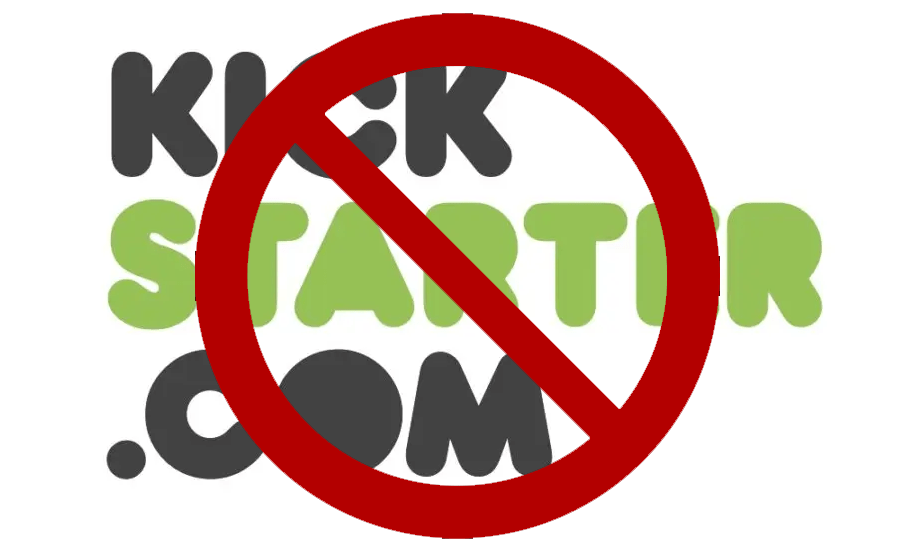 As I read the list, I quickly developed a theory that Rich had likely backed more than one of these campaigns, and was mostly venting about getting burned himself. I was surprised that he did not include a single Indiegogo campaign, despite the platform being mentioned in his opening sentence, nor did he mention any of the tardy Comicsgate campaigns specifically, a select few of which are now nearing the six months late mark. I guess he’s leaving that to YouTubers like the Comic Book Hut, who offers far less grace to the creators that he regularly criticizes. In a recent video, he trashed Allegiance Arts for being tardy, but the campaign’s perks are promised for May 2022 delivery which is this month, and the campaign has been updating its backers every month, sometimes even more frequently, so the contempt seems misplaced.

Everyone has their own opinion, but personally I don’t consider a crowdfund perk to be “late” until it’s at least over six months late, and only then if the creator has not been regularly communicating with the backers. By “regularly,” I mean responding to comments within a few days, or consistently updating backers at least once a month. I think it is worth mentioning that with global paper shortages, and other supply chain issues impacting the printing industry right now, a small run from a self-publisher is not going to be a priority for any reputable and established printer, so I am willing to cut these creators some slack if they’re waiting on their books. But creators who ghost their backers for over a year or more, I have little sympathy for.

having some experience running crowdfund campaigns on both of the big crowdfunding platforms, I’m convinced a lot of this can be attributed to the steep learning curve associated with crowdfunding. Neither Indiegogo nor Kickstarter have a simple solution to help manage orders. There is data available to download, but both platforms have flaws. For instance, Indiegogo calculates how many comics people have preordered, but the data file they provide still includes people you refunded or whose payment method failed. So you may order too many. And Kickstarter will not provide creators with a backer’s shipping address unless the backer goes through a rather labyrinthine process to fill out a “survey” that they can only be uniformly notified about once, and only after the campaign has ended. Why not automatically supply the shipping address for any backer that puts up money for a physical item? Seems like a no-brainer.

And neither platform walks creators through the process in a simple, easy to access, easy to understand method. I believe this creates even more barriers for creators to fulfill their books. Not to mention the many difficulties related to preparing a book for print, calculating the shipping fees, the packaging, and so on. When you consider all the variables, crowdfunding is ultimately a very daunting task, and I doubt most creators understand this going into it. I commend any and every creator who manages to pull it off. 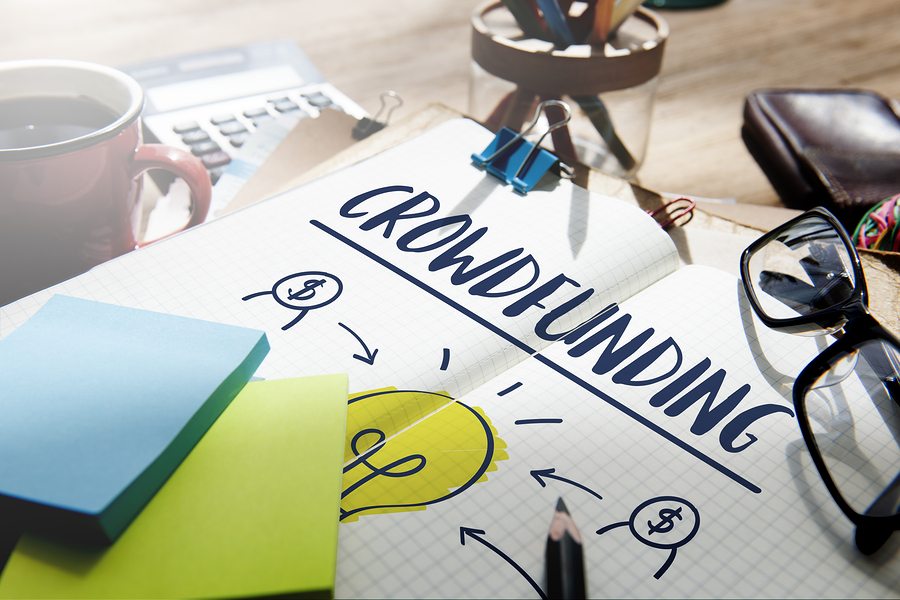 For those creators that just ghosted their backers after the campaign ended? That’s straight up theft. I’m sure that any creator who is not good with money, could easily mismanage the funds once they hit their bank account. There is no oversight at that point, and a creator is free to just spend the money however they like. I expect that happens more often than not with these failed campaigns. And that’s a shame because it ruins the crowdfunding experience for many who will never take a chance like that again, either for that creator, or on any future crowdfund endeavors by anyone.

Maybe someone will put together a very simple step by step guide to successfully running and fulfilling a comic book campaign. It would help a lot of people, and let the creators focus more on delivering a high quality, entertaining book than blindly going down a path in unfamiliar territory. Any resources you would suggest? Any other campaigns you wish to praise or complain about? Sound off in the comments!