Welcome back to another installment of Indie Comics Showcase. Be on the lookout for another special bonus installment later on in the week.

Before we get into this week’s Installment I want to congratulate the team from Blue Mamba, @BlueMambaComic on Twitter. If you have been keeping up with Indie Comics Showcase, you know I featured their campaign on my Bonus #NSFW Edition a few weeks back. The article was recently updated and I will link to it below. Their Kickstarter campaign did not meet its goal. But, after getting in touch and working with the community, they reworked their campaign and re-launched it on IndieGogo, where it was fully funded overnight. Now they are in the process of unlocking some truly fantastic stretch goals. They had a great product that people wanted but could not get to. Instead of just letting things be and potentially taking a loss, they worked with the people and made the changes needed in order to get it them. They’re an example of how comic creators should be and it makes me proud to support their work. 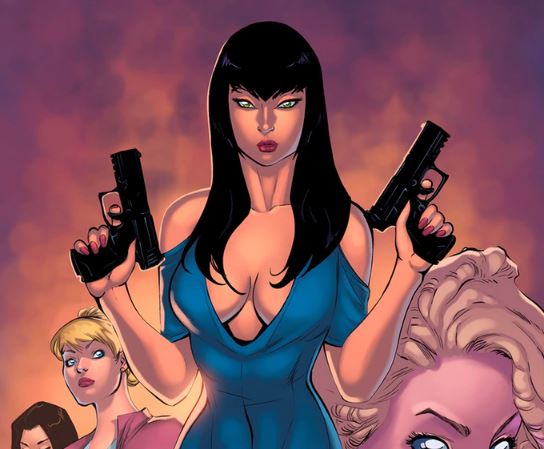 The Blue Mamba campaign is still going so make sure you read the Special #NSFW Edition for more info. 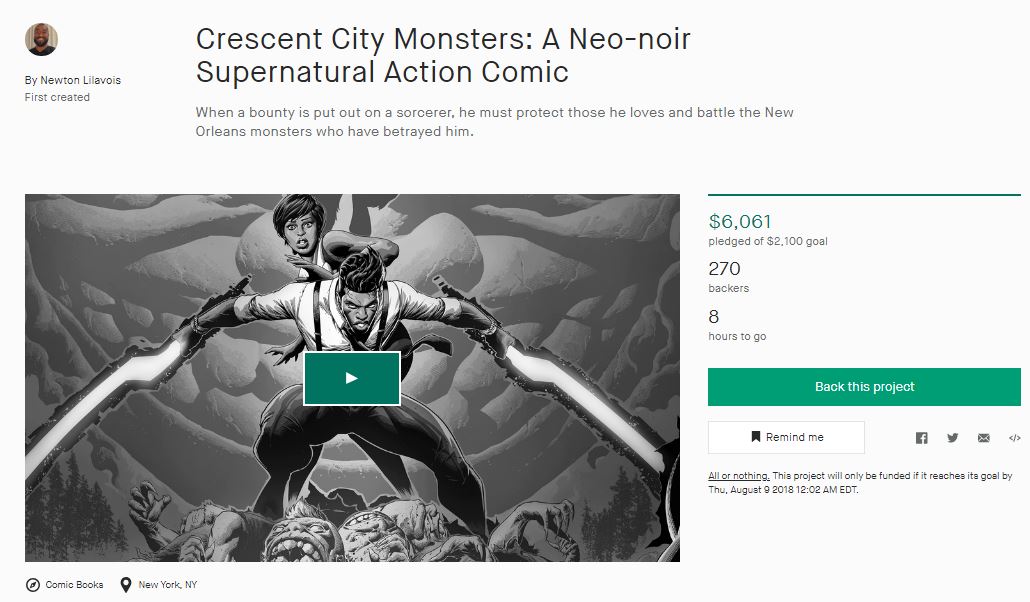 Crescent City Monsters: A Neo-Noir Supernatural Action Comic by the illustrious Newton Lilavois is the most stylish comic I have covered on Indie Comics Showcase. It’s also the first one that blends Haitian “Vudu Culture” and the 1960’s blues scene. The story follows Jonas, a young sorcerer and aspiring blues musician living in New Orleans. Someone has put a bounty on our hero’s head and now every monster, demon and creature in Louisiana is set on collecting that bounty, but Jonas is no pushover. He has the skills to fight off everything and anything that either gets in his way, or threatens those who are dearest to him. As I mentioned before, this comic just exudes style and sophistication. 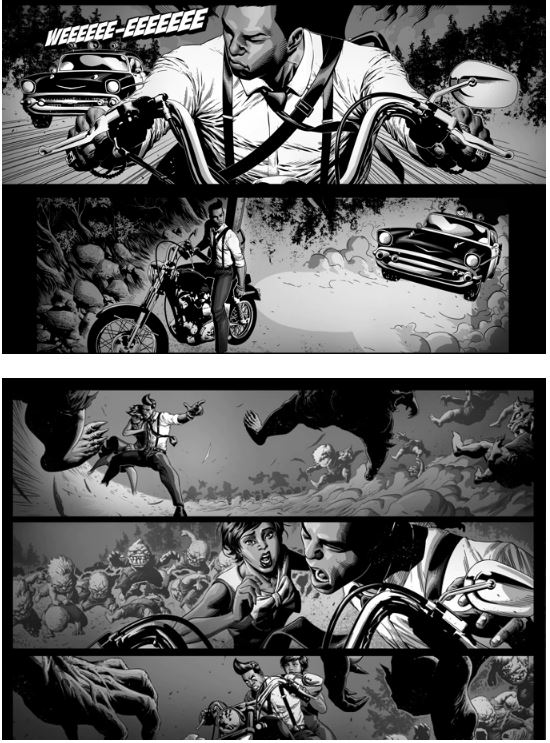 Every page is graced by the enveloping words of Newton Lilavois and incredible artwork by Gian Carlo Bernal. But don’t take my word for it, check out the free web comic here and if you like what you see, consider backing the printed version of it, and pick up some great bonus collectible treats as a supporter. Checkout their Kickstarter campaign today. Time is running out – the campaign ends tonight at midnight! 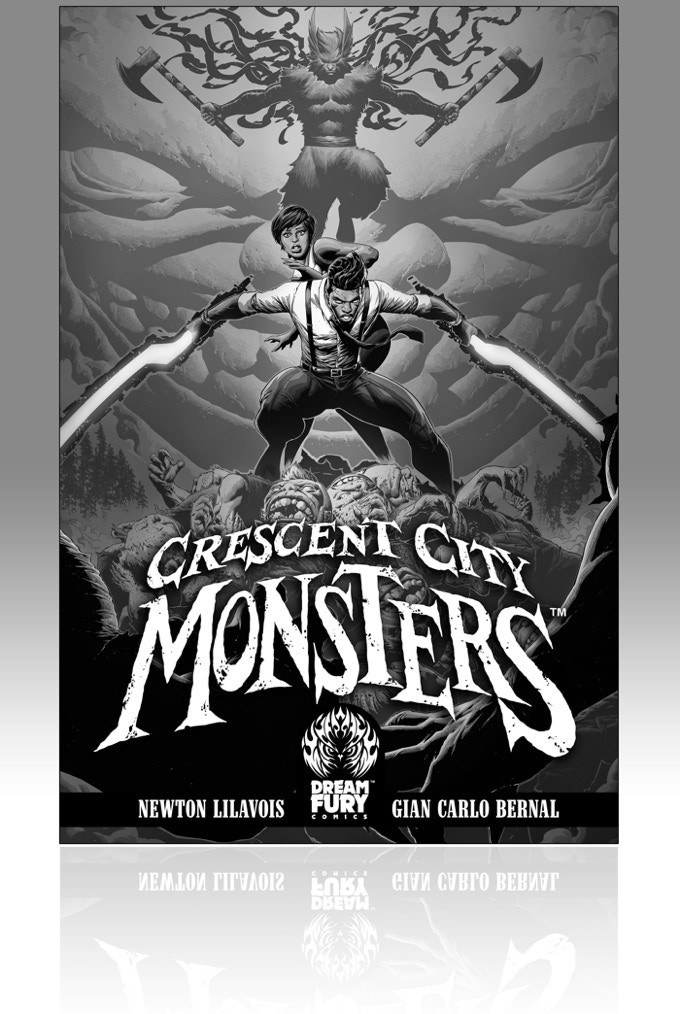 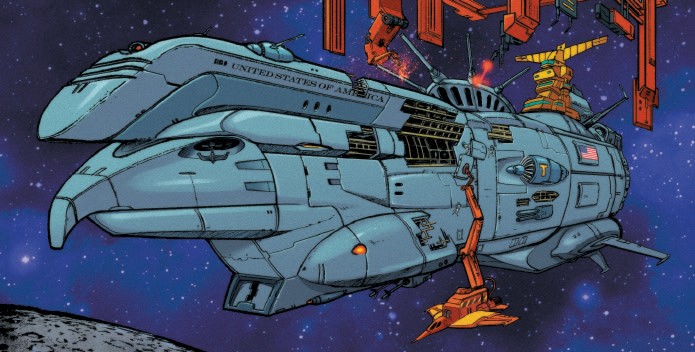 I need to talk about Trump’s Space Force by Timothy Lim, but I haven’t quite figured out the best way to describe this project in a way that would do it justice. So I’m borrowing this fantastic video from the campaign page. In it you will see Bret R Smith the rockstar colorist and you’ll hear from our community’s own man with the golden voice, Edwin Boyette.

Creator Timothy Lim is best known for his work as a freelance illustrator and his satirical, creator-owned projects such ass Thump: The First Bundred Days, My Hero Magademia, Black Hops American GI and now, Trump’s Space force. He and Brett R. Smith are teaming up with comics legend Chuck Dixon for a ragtag space adventure led by the President of the United States. It even has a cover by “The #1 Star Wars Artist of All Time” Dave Dorman.

I believe that this is Timothy’s first space-faring adventure and it tells the tale of a ragtag team of familiar characters setting out into space to fight off the evil forces of an invading alien species, the Sienn’En. The project deftly borrows from all genres of science fiction, taking inspiration of its mech designs from anime like Robotech and it has the campy tone and military themes of the Starship Trooper franchise, including splashes of political satire. It’s one of the most fun projects I have covered on Indie Comics Showcase. as well as the first one I’ve covered that was birthed by a member of our very own community. 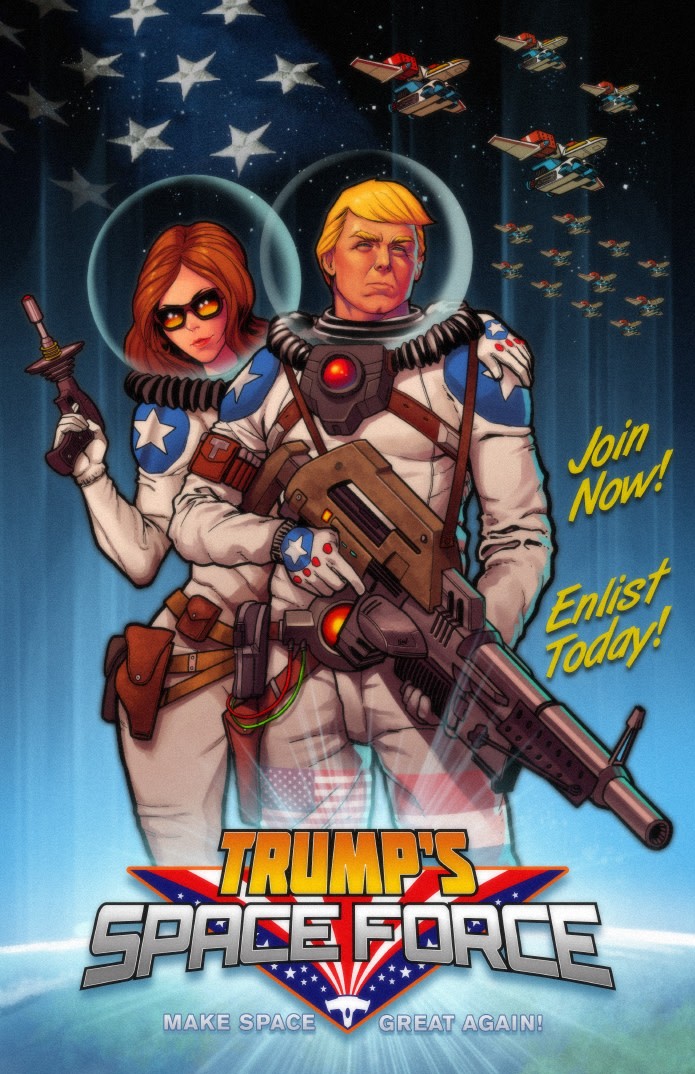 A Brief Advertisement From Trump’s Space Force Young people from all over America are joining up to fight for the future! They’re doing their part, are you? Join Trump’s Space Force and save the world. Enlistment guarantees citizenship. The Sienn’En have sent their ships to attack Earth, but this time we are ready. Planetary Defenses are better than ever. The human race has allied it’s self with visitors from a far off world who share our plight and seek to put an end to the tyrannical reign of the Sienn’En. These new friends have granted us the use of their technology so that together we may form a united front. The Sienn’En’s hail from an unknown part of the galaxy, and an even lesser know planet. To ensure the safety of our solar system, The Sienne’En’s must be eliminated.

Stretch goals are already being reached, so if you’re ready to do your part,  you can start by backing this campaign today. 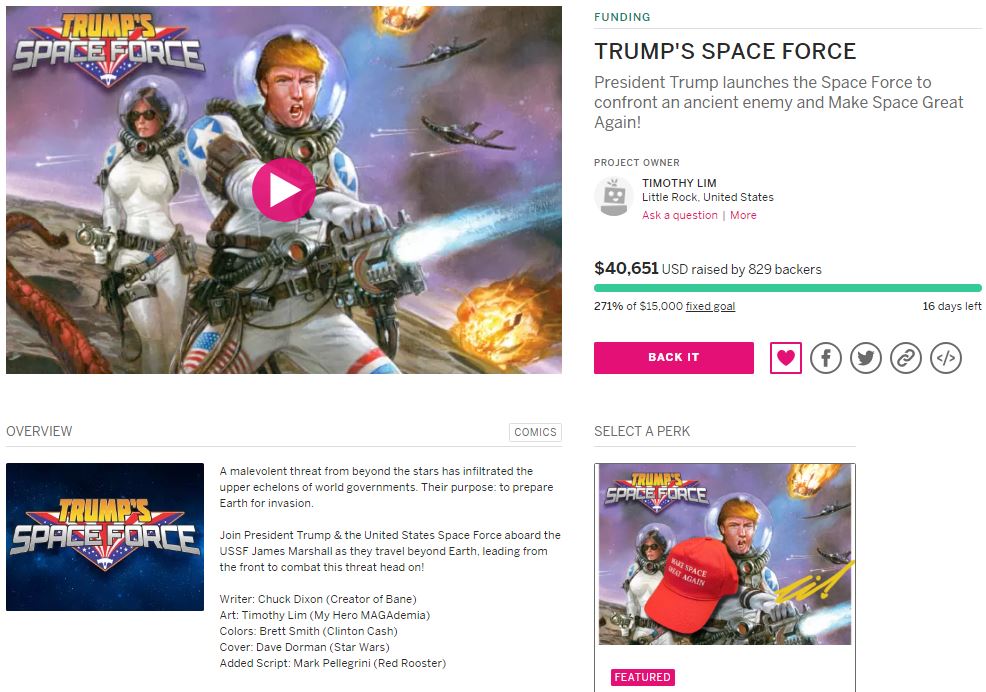 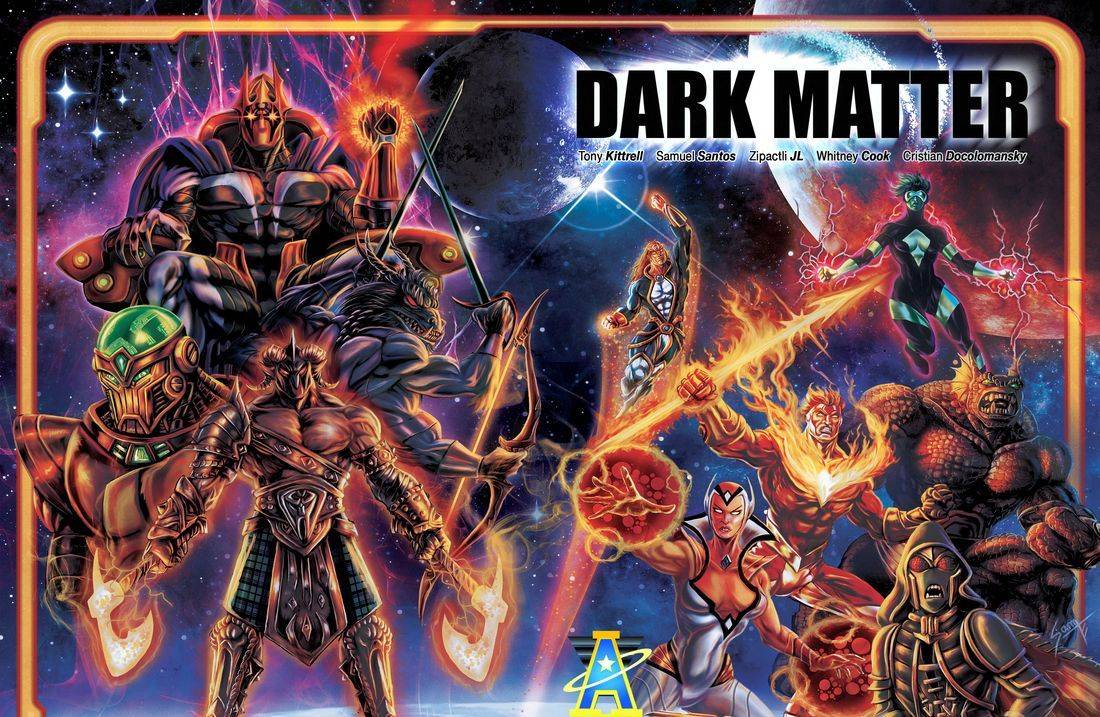 Shall I take you all from one region of space to another? Yes, perhaps I will. This is the region of space where Dark Matter: Rise of The Lexicons takes place. The tale as told to us by the creator,  Tony Kittrell @AdventComics, focuses around the race known as the Lexicons and the royal family Clan Kenna, led by Blas Kenna, as they rule and protect their home on Inteza.  But there are dark forces conspiring against their rule and threatening to destroy everything that they hold dear.  This first issue introduces you to the characters that populate this strange realm. If you would like to further explore the world of inteza and dig deeper into the lore of Dark Matter: Rise of The Lexicons, you can back the campaign here.

This first issue will introduce readers to the characters that populate this strange realm. Head over to IndieGogo to back this project and if you would like to further explore the world of Inteza and dig deeper into the lore of Dark Matter: Rise of The Lexicons, check out adventcomics.com.

In tonight’s Installments I have taken you from Earth in the 1960’s to present day and the outer regions of Space. From a tale of sorcery and magic, to two race’s battle for survival. Adventures that have spanned across galaxies. I’ve introduced you to new heroes and villains and have shared with your their stories. I hope you have enjoyed the journey and that you will come back for more Next Week. 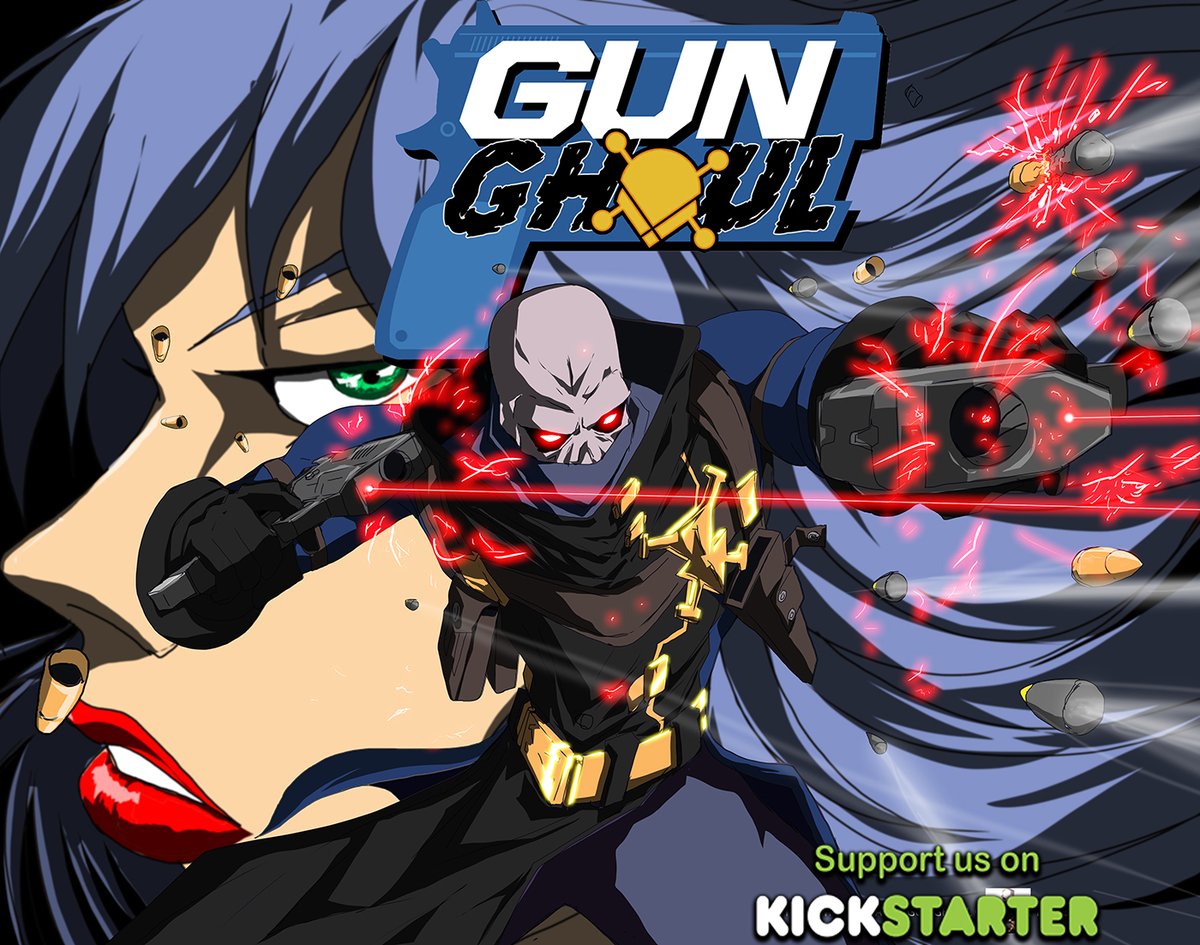 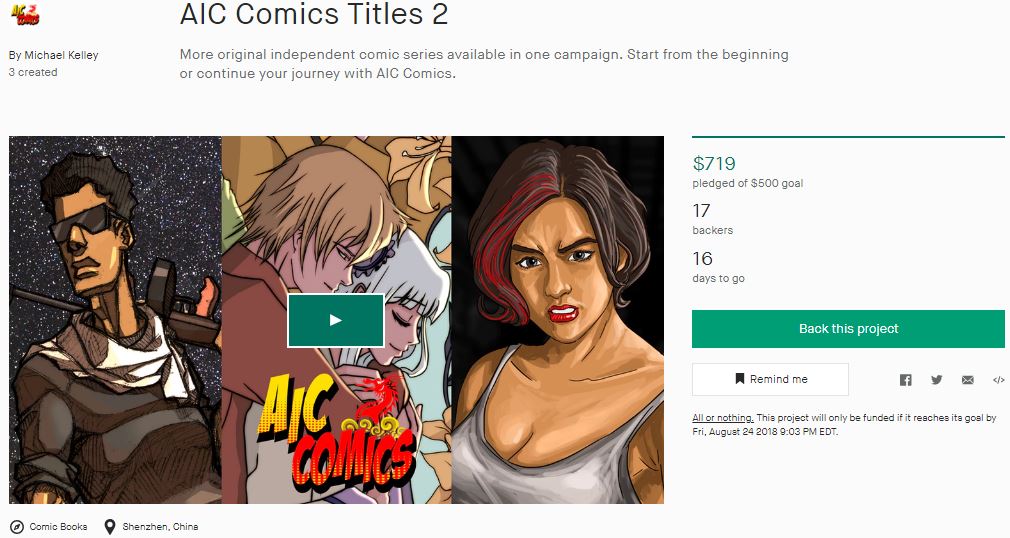 Michael Kelley and AIC Comics are friends of the community and are currently hosting their third Kickstarter Campaign. They had set a very modest goal which has also been surpassed. But, there are still sixteen days left on the campaign and loads of fun can still be had. AIC Comics offers a full spectrum of genres in multiple different titles and covers a wide range of styles, from more western themed comics to more Manga influenced books. I’m sure you will find something in the campaign that you like for either yourself or a loved one, or both. I know I have.

So please check out the campaign and show them some love just as they have shown us. 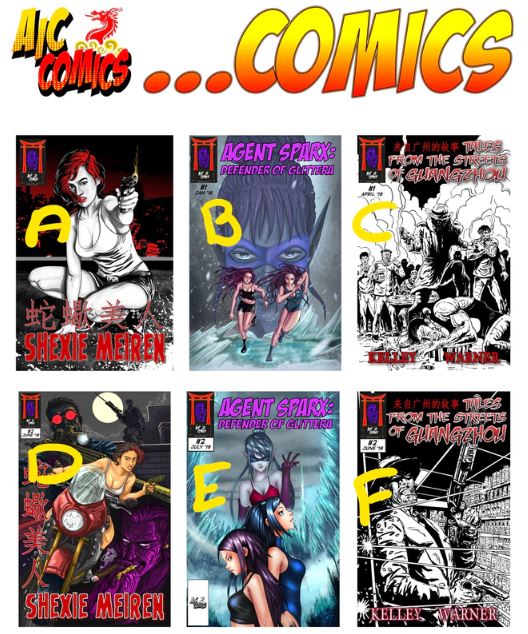