Welcome back to another installment of Indie Comics Showcase! Before we get into this week’s installment, I want to thank everyone for the well-wishes last week when I was sick. As soon as I get over this lingering cough, I’ll be back to 100%! Big shout out to fellow Bleedin’Fool, Chris Braly for covering for me last week. He even had some input on this week’s edition. I’m calling this “the Return”! 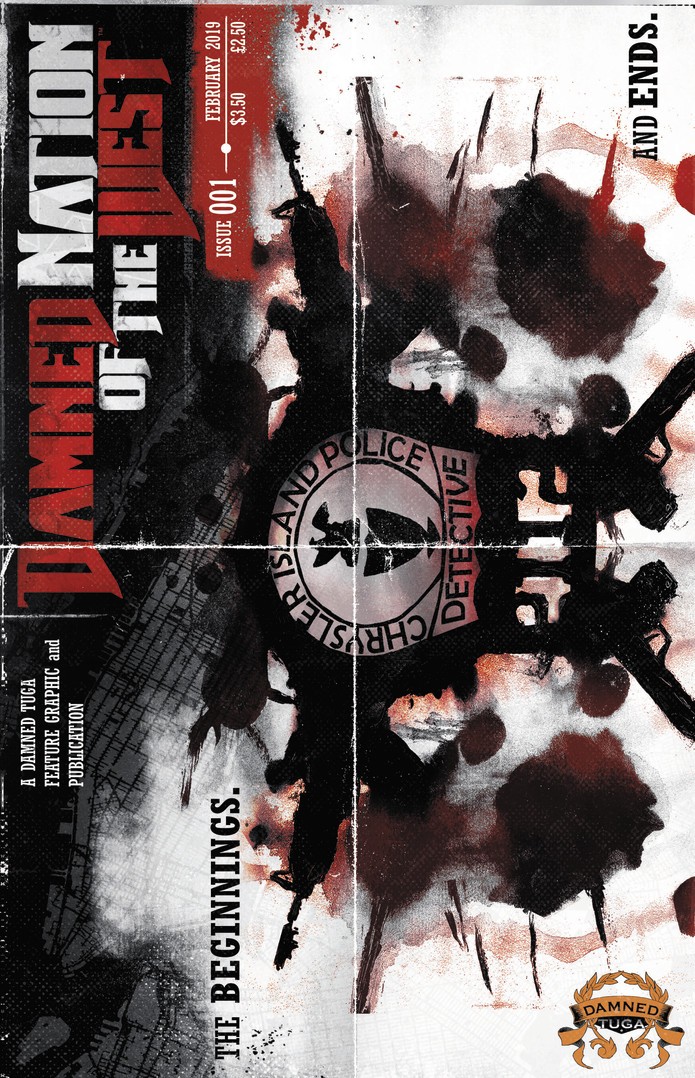 In the distant future, an outbreak has left the Americas in a crippled state. Survivors of a small town have taken refuge in a demolished shelter. Their supplies are running low, they must make ready to embark on a trek across an unforgiving landscape. Feral creatures, drifters and any other dangers await them on their journey. On the first night of the epidemic, two shady detectives are trying to find a way to survive against events of apocalyptic proportions. This is where our story starts. 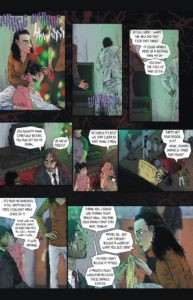 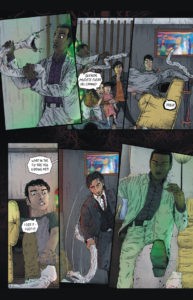 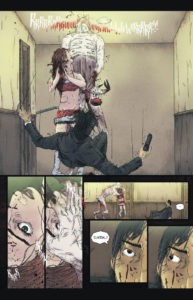 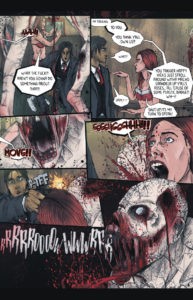 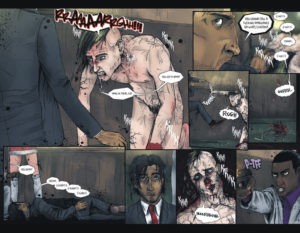 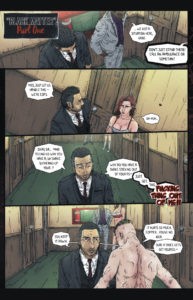 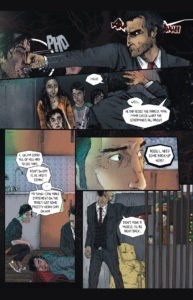 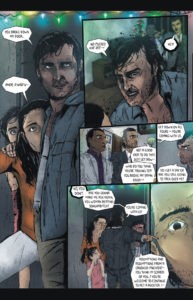 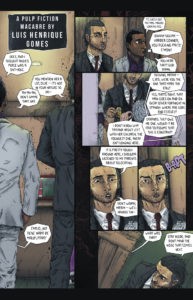 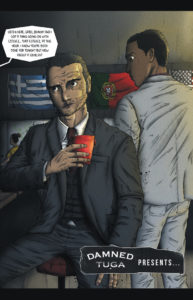 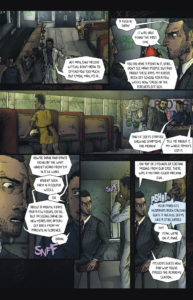 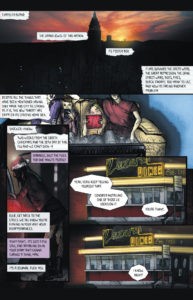 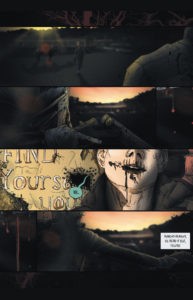 The first issue in Damned Nation of The West by Luis Henrique Gomes will be 61 pages. Check out the campaign here! 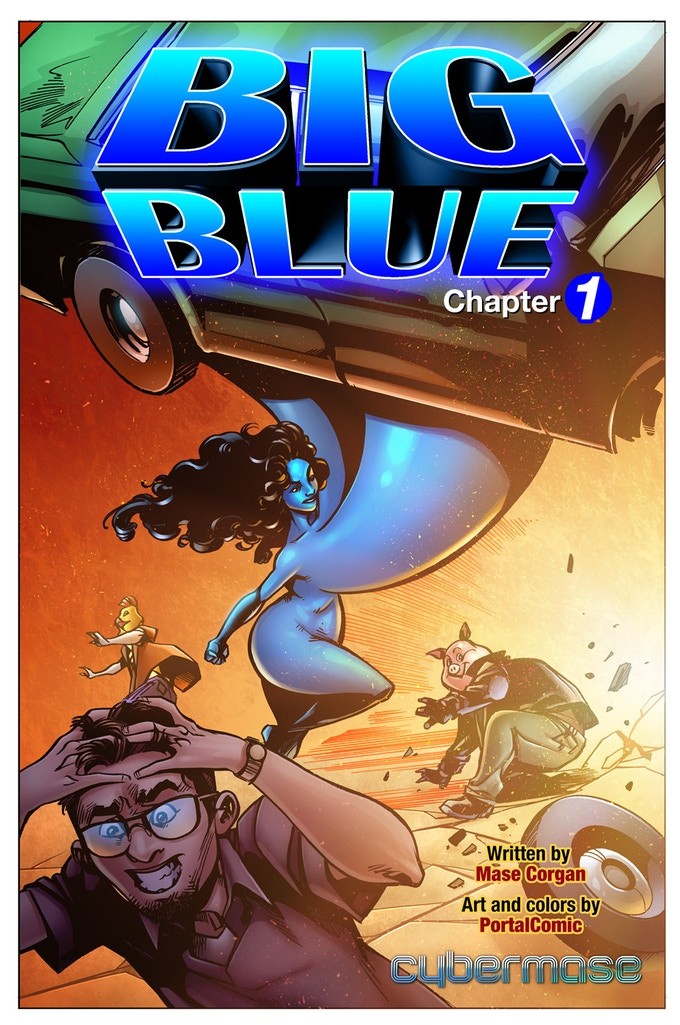 This is your old pal, Mase Corgan, here to answer all of your questions.

As any comic book reader knows, there is no paucity of super heroines with big bazongas.  Whether it’s a mainstream book or an adult comic strip, the default seems to be gravity defying chest rockets. I’ve always wondered, what about a superheroine whose power IS her big boobs?  And that’s the premise of “Big Blue.”  Yaelin, the eponymous extraterrestrial crime-fighter, has tatas so big she can smack the bad guys, bust through walls, deflect bullets with her areolae, and use her pendulous pontoons in a variety if unique ways to save the day.

The story opens when Yaelin attempts to foil a bank robbery.  She discovers that the bank robbery was one part of a larger evil plot that involves aliens with super-powered chests and in the final issue, their nefarious doomsday machine — also breast-themed — threatens the Earth.

Yaelin investigates the mystery as intrepid reporter Tara Taylor, a slender sweetheart whose existence is the result of Yaelin’s body transforming power.  Now, you might be saying, “well, hold on, Mase.  You’re just pandering to the “Breast Expansion” fan base who love to see insignificant A-Cups blow up into mammoth mams.”  Yup. Thasright.  But you gotta admit, I do it with style. 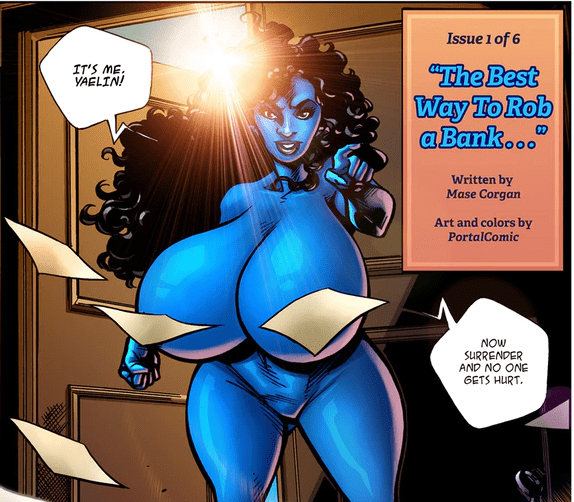 “Big Blue” is funny, sexy and sometimes serious.  It’s, obviously, made for lovers of bodacious boobs, but the strong female character and inspiring story will appeal to a wider audience (and yes, that means women).

So let me know if I can do anything else to enlighten you about the over-endowed exemplar, the pulchritudinous picture of peerless pluck, callipygian quintessence of courage.

Thanks and pleasant journeys.

If you like what you have just read and want to contribute to the campaign the link, just click here! Thank you and have a wonderful day. 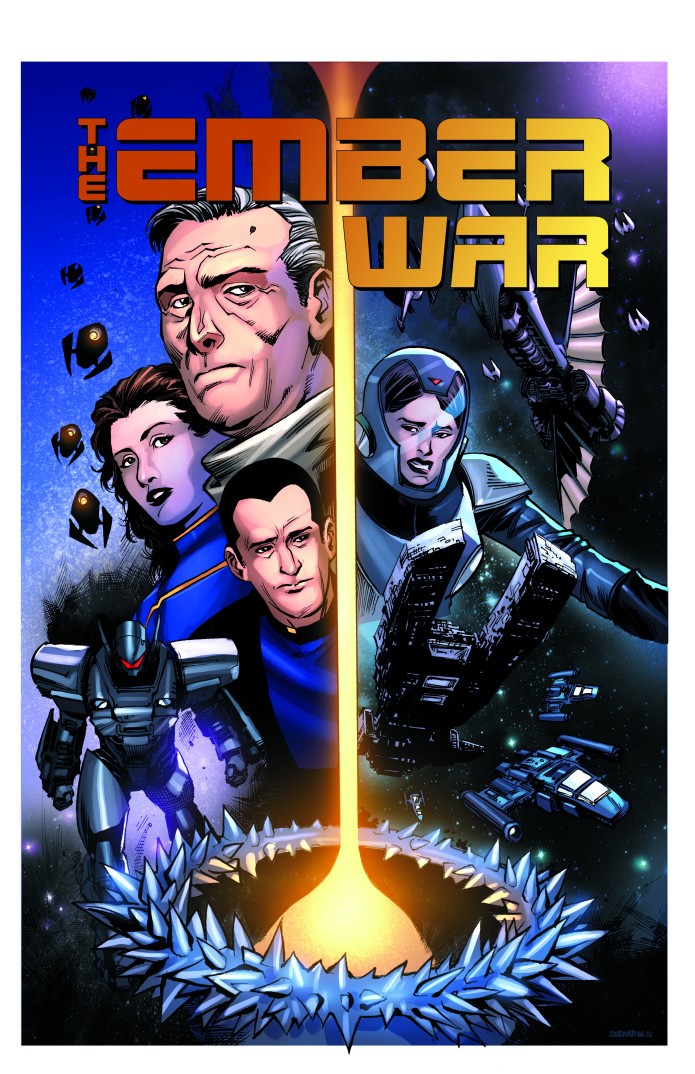 THE EMBER WAR is the comic book adaptation of Richard Fox’s bestselling military sci-fi series. If you like A Hymn Before Battle by John Ringo and The Last Starship by Vaughn Heppner, then you’ll love this explosive adventure with constant thrills and high stakes from cover to cover. 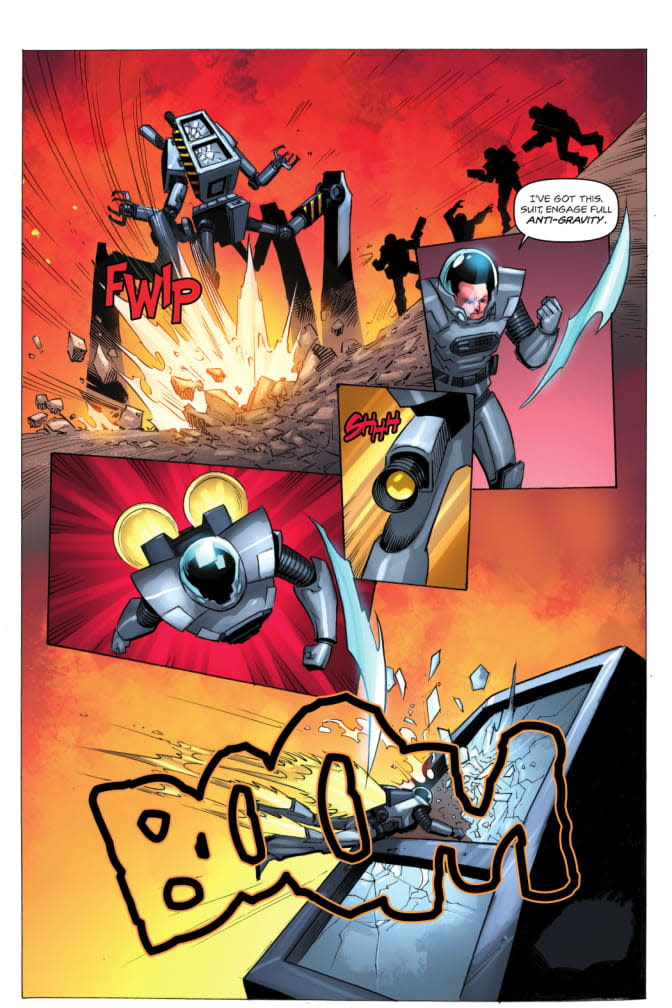 The Xaros are coming for Earth to erase all human life. The survivors must fight back with the help of a mysterious alien presence in a war against extinction.

The Earth is doomed. Humanity has a chance.

In the near future, an alien probe arrives on Earth with a pivotal mission—determine if humanity has what it takes to survive the impending invasion by a merciless armada.

The probe discovers Marc Ibarra, a young inventor, who holds the key to a daring gambit that could save a fraction of Earth’s population. Humanity’s only chance lies with Ibarra’s ability to keep a terrible secret and engineer the planet down the narrow path to survival.

Earth will need a fleet. One with a hidden purpose. One strong enough to fight a battle against annihilation. 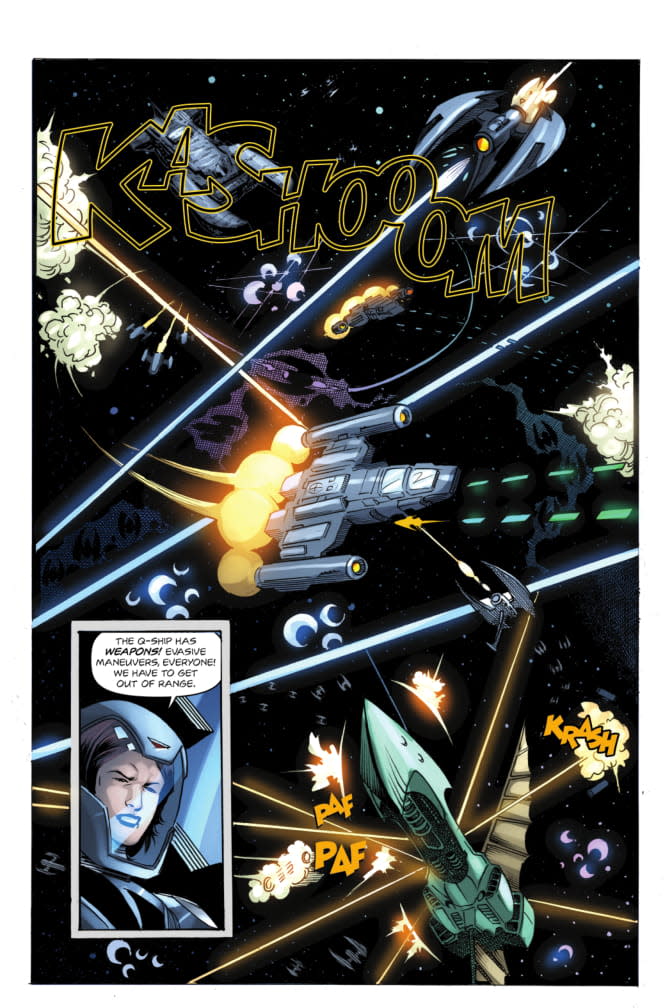 This campaign is only a few hundred dollars short of hitting it’s goal. Check out the campaign here and consider bringing them across the finish line! 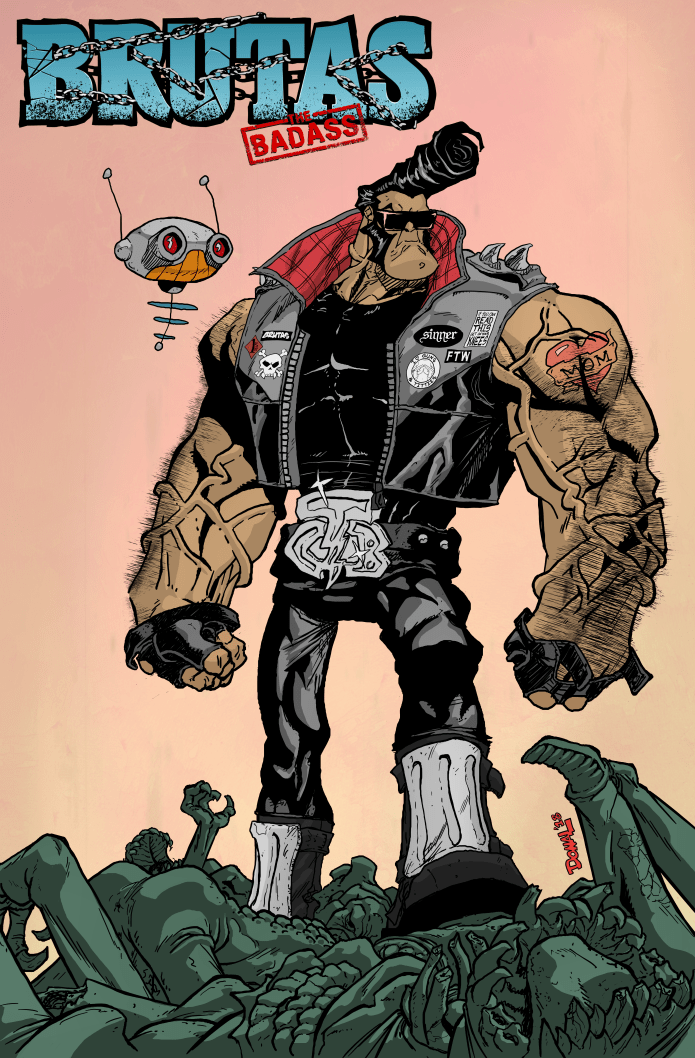 The final installment this week is from Donal DeLay and Nasser Rabadi. We already covered most of this in our interview with Donal last week, but I just wanted to let everyone know about it one more time. The campaign ends in just a few short days. 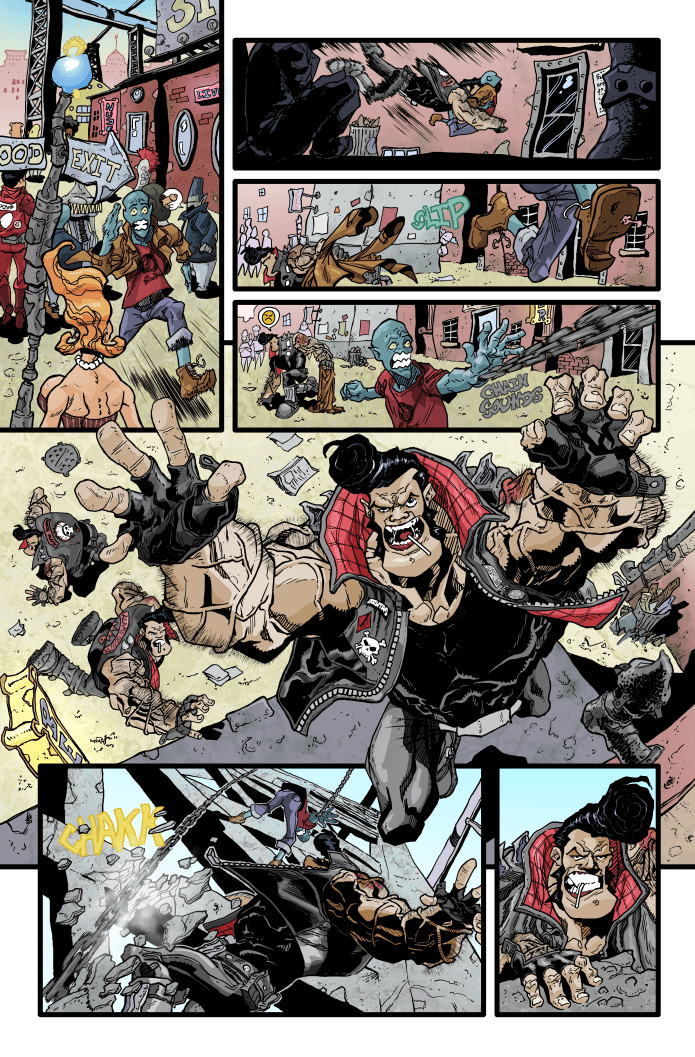 Brutas The Badass #1 is a 48-page action space comedy about a bounty hunter and his psychotic robot sidekick that thinks it’s human. Having no memory of his past, Brutas quickly finds himself BEING HUNTED BY IT and unraveling the thread of who he was.

With your help, this book could be an ONGOING title suggested for IMMATURE audiences and fans of books such as Trencher, Deadpool, Lobo, and movies like Planet Terror. The team’s initial goal of $8,000 was set to pay for production costs and it has been exceeded. Now they’re trying to hit $20k to pay for a professional colorist and letterer. 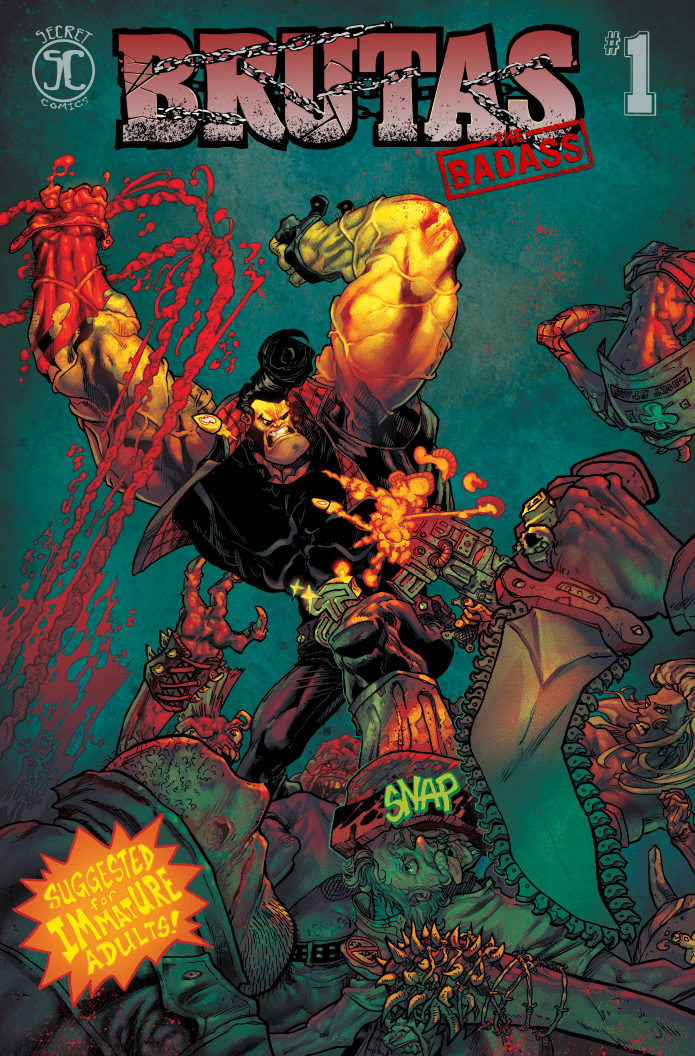 Donal DeLay has worked on the Image Comics series Death of Love. Nasser Rabadi has has self-published two novels and ran the hit Indiegogo campaign, STARDUST which we’ve featured on Indie Comics Showcase before.

Consider backing this book while the campaign is still going on through the end of this week! Click here to learn more.