It’s Independence Day in America and I want to welcome you to an all-new weekly column designed to spotlight different independent and crowdfunding comics as well as other comic-related projects. If you missed last week’s preview from Jamison Ashley, check out his his article, Comic Crowd Funding Goes Mainstream now.

For my first installment, I want to showcase three very different Indie Comics currently being crowd funded. To kick things off, I want to present Danger Zone One: A Manga Style comic with dynamic action scenes fantastic art, and great style. 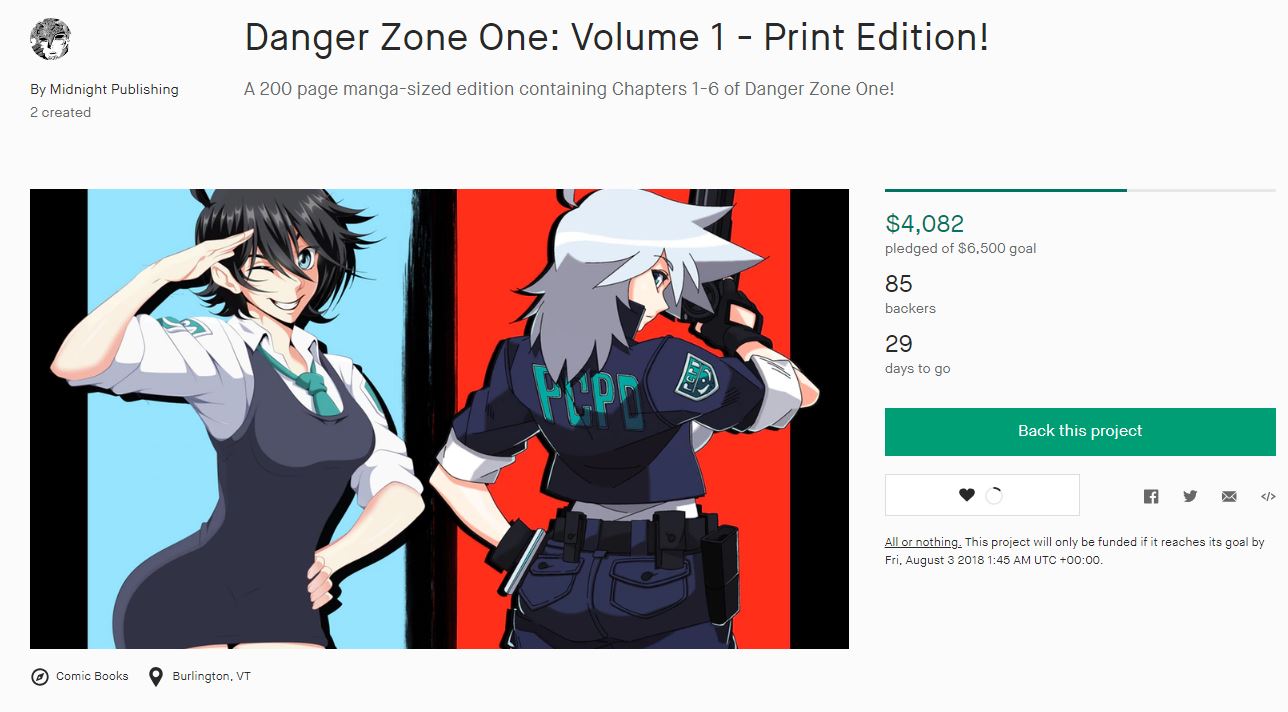 Danger Zone One began as a web comic written by Midnight @DangerZoneOne on Twitter. As the fan base grew , the team behind it kept expanding on the story. The main character is Reena Saffron, an Officer fresh out Pallad City Police Academy & her Partner Madison Wynter. Follow them as they Protect & Serve The Citizens of Pallad City. 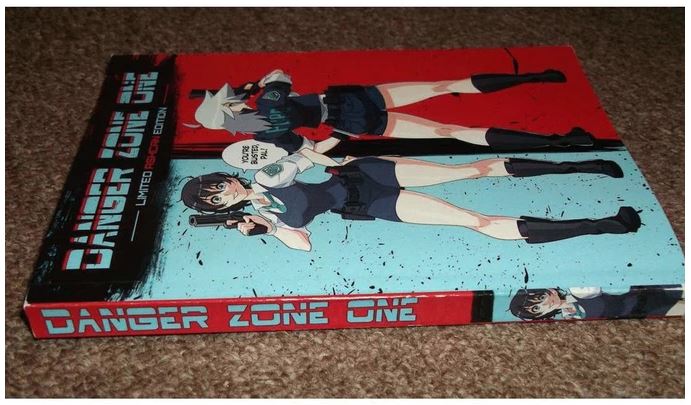 Midnight is now crowd funding the first print edition of the series. It’s a collection of the first six chapters of Danger Zone One. Midnight & her team have really outdone themselves to bring a lot of really cool perks to the campaign: an Audio Drama CD of Danger Zone One, & a really colorful & detailed Calendar, a shirt with Reena on it & lots of other goodies. If you like what you have read so far, please do check them out and show your support. Learn even more at their website at: dangerzoneone.com 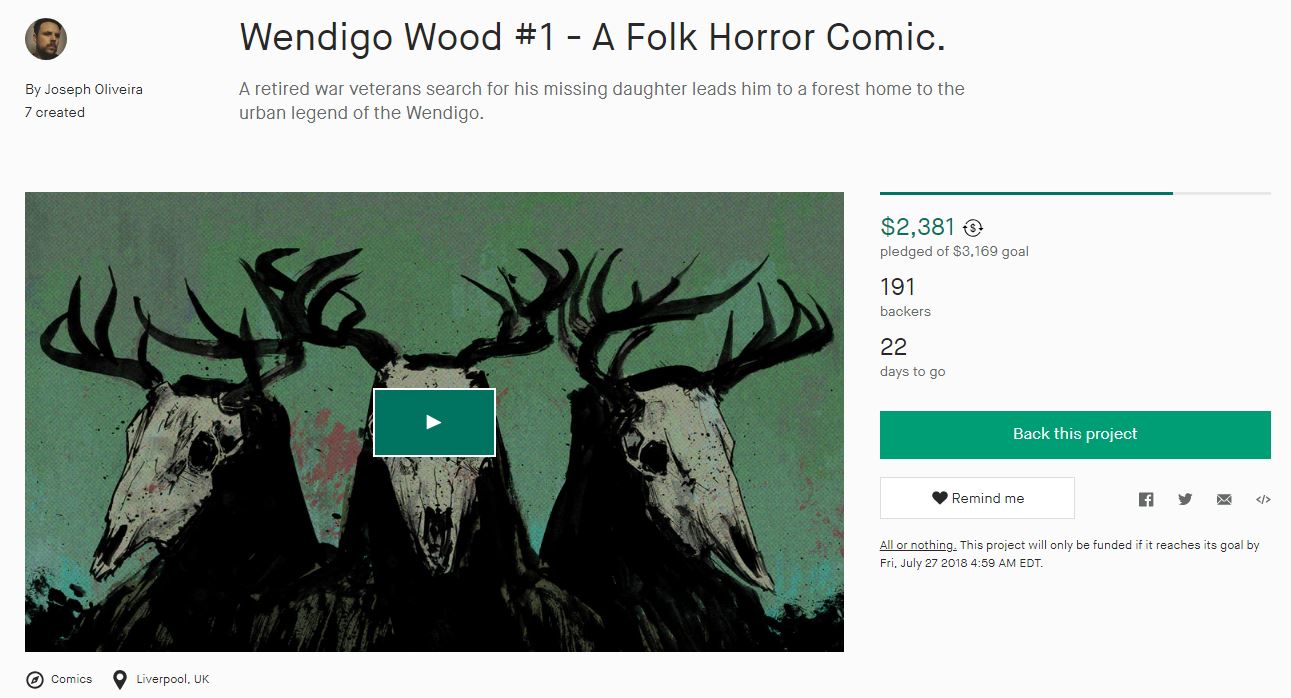 The second Indie Comic that really caught my attention is Wendigo Wood #1 written by Joseph Oliveira, @Afterlightcomic on Twitter. It’s a story about a little girl who goes missing in Whisper Wood, also known as Wendigo Wood. There are stories of creatures lurking in it. But anyone who ventures too deep into the woods, never returns to confirm them. Now her father, Hank Williamson, a retired war veteran has to traverse the wood in search for his missing daughter. Join him and see what mysteries you can unlock together. 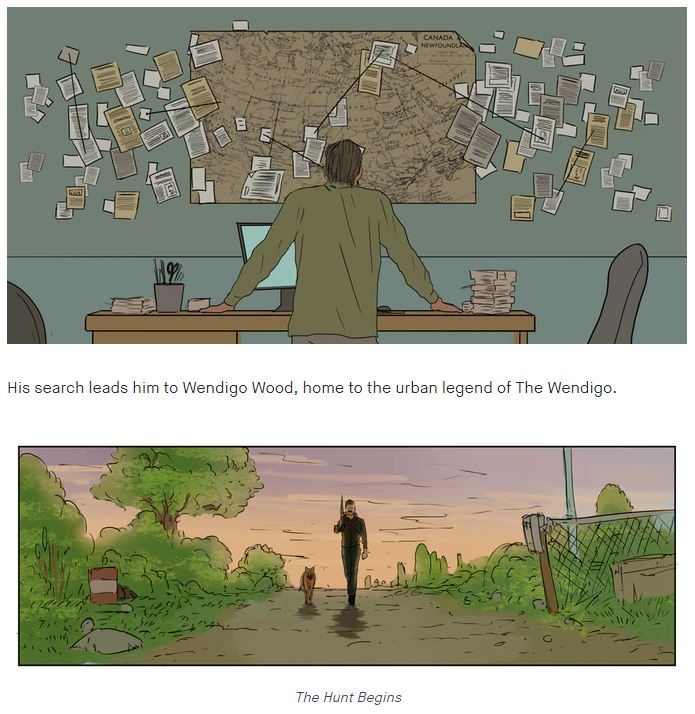 The Wendigo is deeply woven into Algonquian folklore, a cannibalistic giant; a person who has been transformed into a monster by the consumption of human flesh. 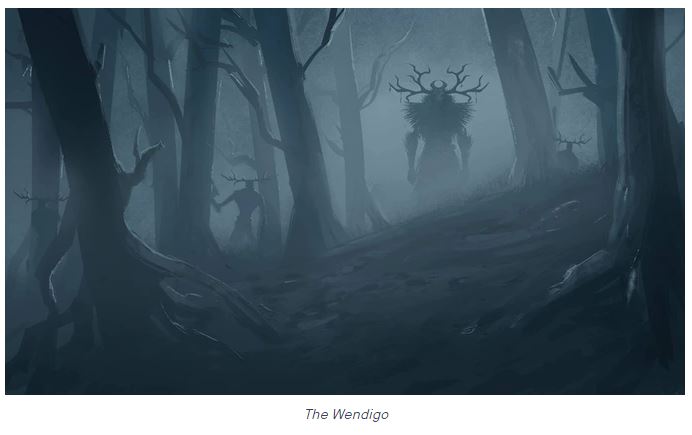 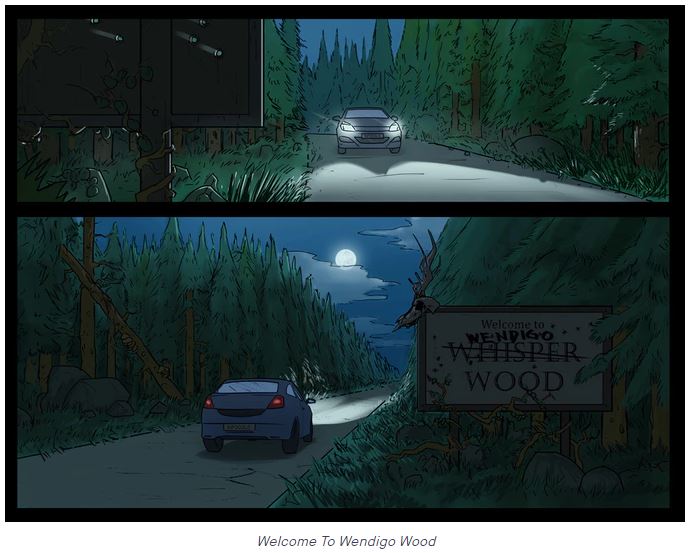 The risk potential for this project is very low as the artwork for the comic is completely finished, by the end of this campaign the creative team will be able to put the print order through. So this is essentially a pre-order system. This is also their sixth Kickstarter campaign, and all of their previous campaigns have been fulfilled ahead of the deadline. The creative team also posts daily on their social media pages to show you the progress they’re making on this project every single day. Check it out and explore the world of the wendigo and see what mysteries you can unlock together. 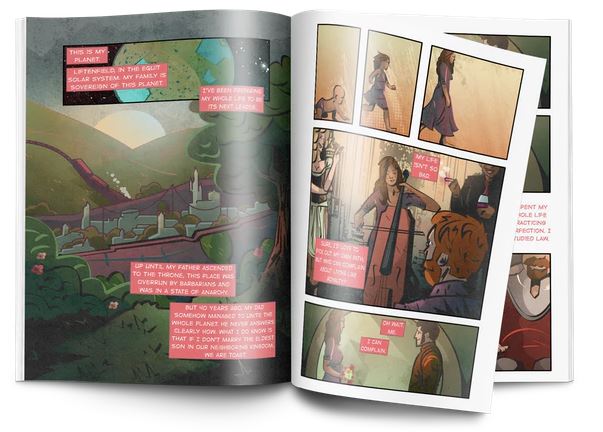 The Last Comic I’ve chosen, D.S. al Fine is the story of a princess in a far off kingdom, a kingdom in another galaxy. She abandons her throne to become a Bard. With the powers gifted to her by The Goddess of Music, she joins in the fight against the evils plaguing her kingdom. This dynamic story is written by Kelly Brajevich, @dsalfinecomic on Twitter. The campaign is for the funding of the second in a five part book series, but you can purchase both the first & second issues as one of the perks. Also Included as one of the perks is a sound track composed of the many songs Charlotte learns along her journey. Join Charlotte on her adventures & support her on her journey by checking out D.S. al Fine on KickStarter, before time runs out for the campaign & for Princess Charlotte. 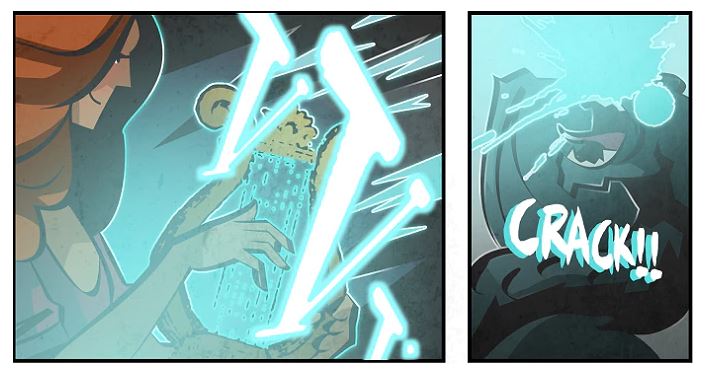 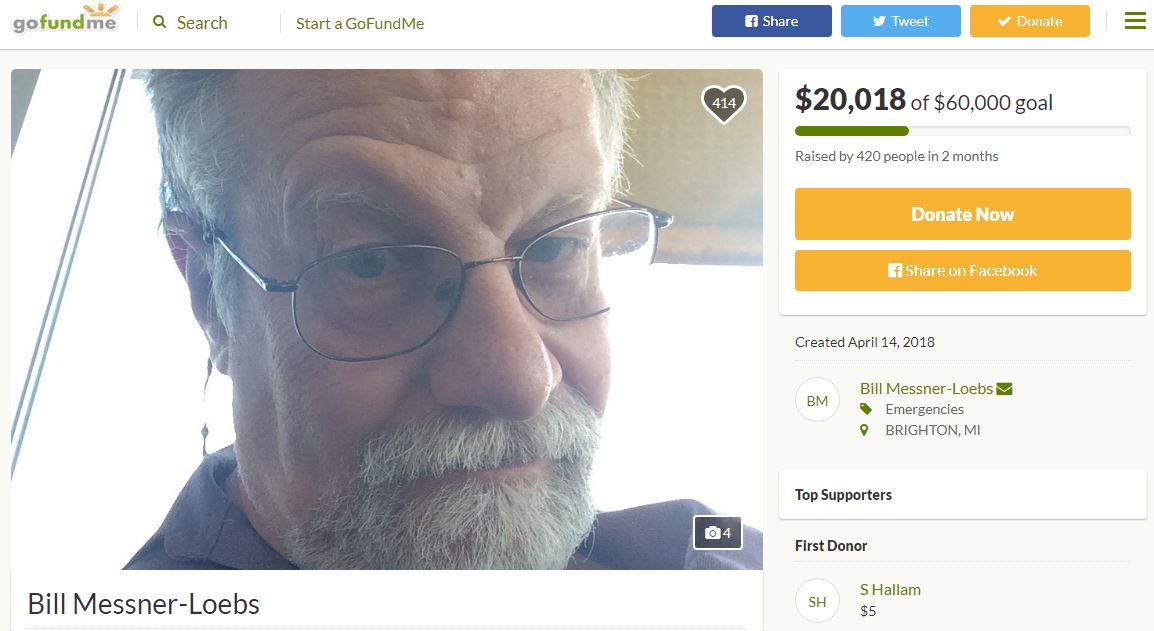 Aside from Showcasing Indie Comics, I also want to highlight people in the community who are in desperate need of help. Today I want to talk about William Messner-Loebs, a writer & artist who has contributed to many comics, including my personal favorite; Sam Keith’s The Maxx. William and his Wife Nadine lost their home some years ago & are still trying to secure the funds to purchase a new one. They could really use your help. If you want to learn more about Bill & his Wife, as well as help them out, you can check out their Go Fund Me Page.

Each of the comics I’ve spotlighted here are different. Not just from one another, but different from any other comics you can read today. They all have one thing in common. A lot of love and hard work has gone into making them. So it’s only right that we show the same when it comes to supporting them. Whether you pledge as little as one dollar or as much as fifty, it all adds up in the end and it helps bring these projects closer to fruition.