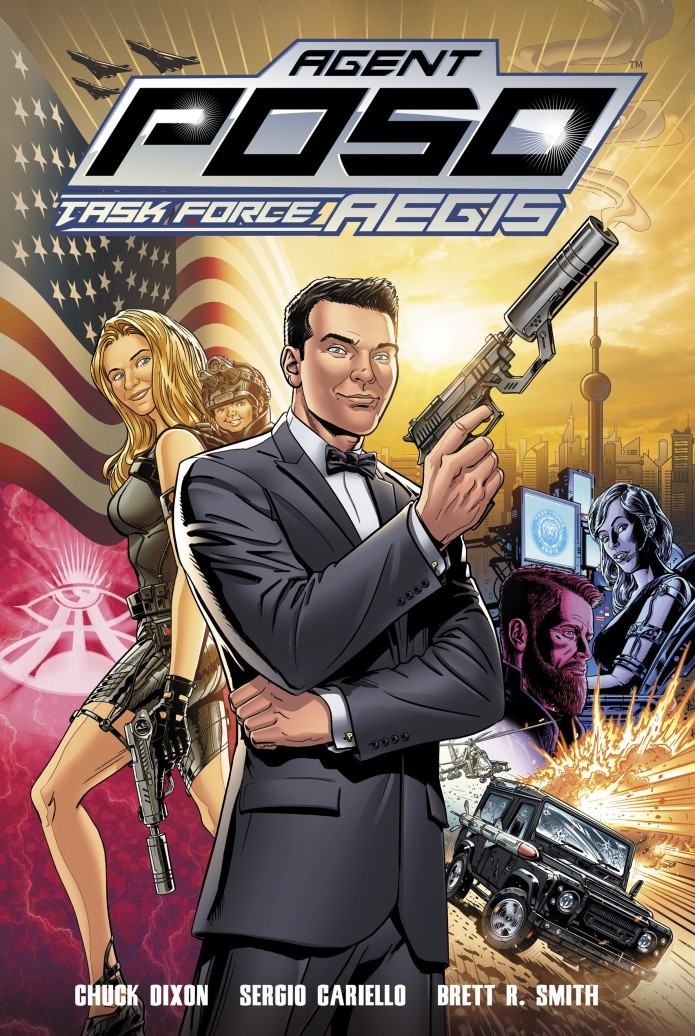 We conservatives are very good at complaining about the culture’s leftist bias and of course we’re right: Hollywood, TV, the publishing industry, the mainstream media do indeed all swing horribly to the left.

What we’re not so good at is doing anything to counter it.

I totally agree. Which is why I think we should all do our bit to support the Indiegogo crowdfunding campaign for Jack’s comic book project Agent Poso.

Set ten years in the future a global threat has arisen, and the President must turn to those he can trust. An off-the-books team that works directly for him, in the shadows. For the most sensitive missions, he calls upon Agent Poso and TASK FORCE AEGIS

Just like in Kingsman (which started life as a comic by Mark Millar), the bad guys are environmentalists. (And jihadists – another category of villain that the liberal-left culture industry generally prefers to play down, if it can…)

The creative team includes Brett Smith, Sergio Cariello, and Chuck Dixon, so you know it definitely does boast impressive credentials. And yes, it sounds and looks like a positive example, so I’ll add my recommendation to give Agent Poso some backing.