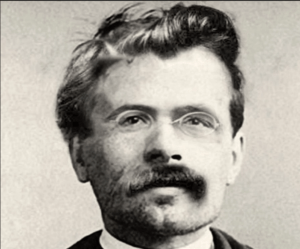 So you might of heard of the saying  “He who fights with monsters should be careful lest he thereby become a monster. And if thou gaze long into an abyss, the abyss will also gaze into thee.”

Well, it seems Nietzsche may have been right. As I look around at people in the “gates” communities, this culture war has indeed taken its toll on people; myself included.  Sure it was fun at first; pointing and laughing at the idiotic tripe and venomous vitriol that spews out of the SJWs/NPCs mouths. And it still is fun. Don’t get me wrong. We are the grizzled veterans that are on the front lines and trenches, mowing down their cries for censorship with volleys of artillery fire from our wallets; providing monetary support for those creators that don’t kowtow to the loud mob that claw at their creative visions. 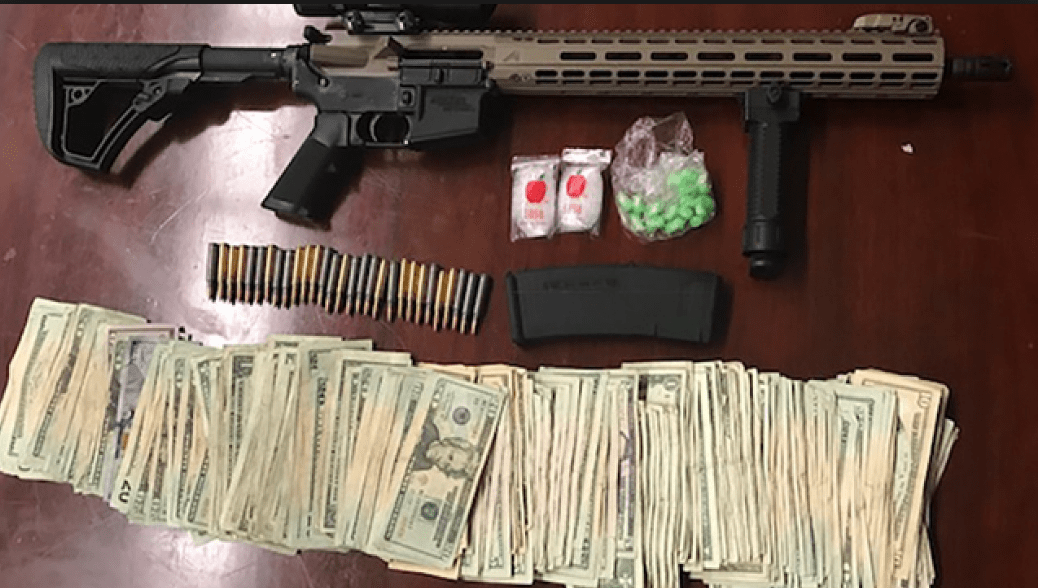 But I’ve noticed a worrying trend within comics and gaming. One that demonstrates that social justice warriors (SJWs) have made people jaded with their seemingly incessant demands for more “Forced Diversity” (translated: no more white men) and their zealousness towards identity politics. Unfortunately, normies (regular people who buy comics) are beginning to dismiss video games, TV shows, and comic books if they so happen to feature a female lead or a minority character in a prominent role, labeling it as being an “SJW Game/Comic, etc”

How many indie comic creators aren’t getting noticed because people are either dismissing the project as “SJW,” or are more concerned about Twitter drama between Anti-ComicsGate and ComicsGate.

For those who don’t know who I am, my name is Andrew, though online I go by Flattmeister. I created a Youtube channel about 2 years ago; giving my opinions on controversies drummed up by “woke” journalists and refuting their idiotic hot-takes. That was my main content, but it began to become draining; trawling the internet for the next outrage incident simply so I could have content to make my next video. When I realized this regular feed of negativity was beginning to impact my health and well-being, being consumed with anger and stress, I knew it was time to change things up.

So about one year ago, with the massive help and dedication of some friends I’ve met through the Comicsgate community, we decided to create a show. We had begun to notice a lot of CG Youtubers and creators had started conducting 3-4 hour livestreams on their channels. Sure its fun if you’re the one talking with other people, but as a normal viewer it was a burden to dedicate that much time to watch a stream all the way to the end. Some of these channels were doing multiple livestreams per week. Who has time to consume that much chatter?

After much discussion and back and forth brainstorming, we decided to do a more streamlined, topical show. They would be one-hour episodes, one topic, just the four of us. Thus was born The Flatt Pack Show. The ‘Rat Pack’ of sorts focusing on geek-related fandom topics. Each episode is dedicated to an aspect of fictional mediums, storytelling, character development; the list is endless. The Flatt Pack is comprised of a very diverse crew all of whom offer varying and differing opinions, viewpoints and perspectives that constantly keep the show fresh. There’s myself, there’s our two jolly Canadians Switchpoint and Nerd Waffle, and the 8 ball from the Scottish Highlands; Crumplepoint. You can catch us live every Wednesdays 11pm GMT/6pm EST. 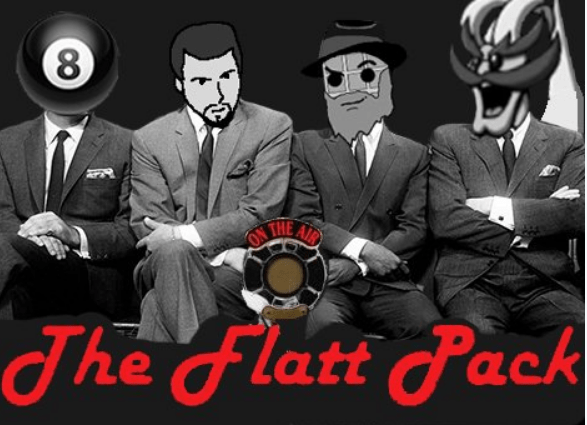 But enough with my shameless plugging; let’s get back on-topic. After about a year of doing the show we decided to shake things up a bit and start inviting some guests on. We wanted to showcase and shine the spotlight on creators who have the passion that is sorely missing from The Big 2 and give them the opportunity to talk about their projects, or their Kickstarter/IndieGoGo crowdfunds.

This was the positivity we were looking for, to see these creators, our guests, reach or surpass their goals and get their funding has been inspiring. 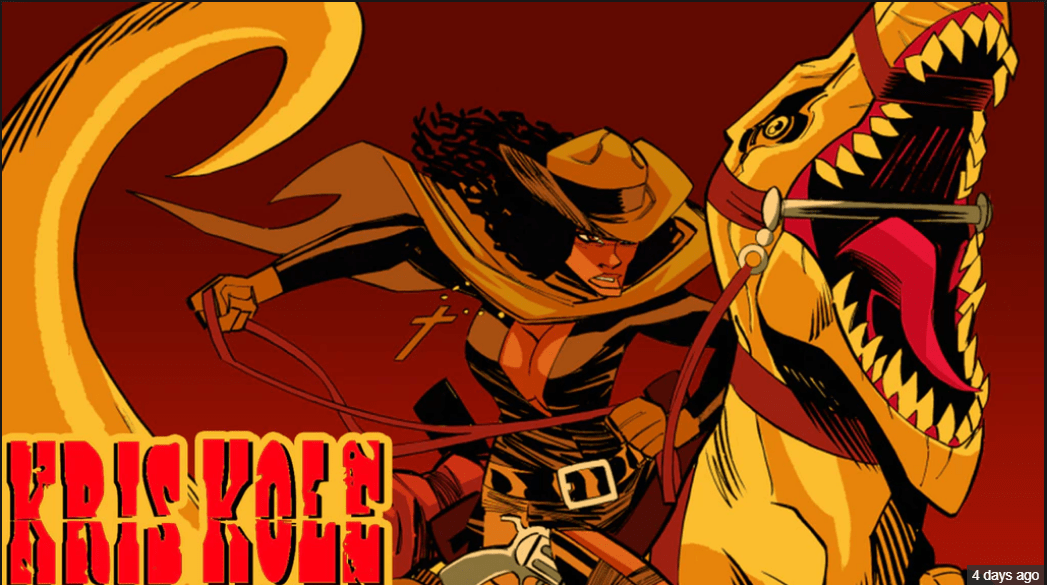 We had Marcel Dupree on as a guest recently and he told us about his comic, ‘Kris Kole’. A mature, sci-fi western set on the planet Mars, about an outlaw turned bounty hunter with freakin’ dinosaurs! In a few of the preview panels, the comic depicts the lead female character ‘Kris’ having intimate relations with her partner before being rudely interrupted. The art was stylish, visually striking and the few preview panels that are on the Kickstarter are just oozing with atmosphere, world building, and effectively tease so many tidbits of story that you want to learn more.

Not once was I bothered or concerned about the fact that the character of Kris Kole is a black, lesbian female lead because the focus was on her character; her personal motives, her story, and her drive which kept my attention.

So we eventually got onto the subject that has inspired this very article piece. I asked him of what he thought about the fact that sjws have kicked-up a stink about demanding minority representation and inclusion constantly these past few years; does he think people are starting to see sjw-ghosts everywhere now? He agreed that people now tend to write off a comic or game if it features a minority lead. They justify it as the product is “sjw” which breaks my heart really. I know I’m making some sweeping generalizations and assumptions, because I’m sure most people are skeptical, level-headed, and can think objectively.

Also consider donating to Marcel’s Kickstarter below; hes a really talented guy, as is the artist Carlos Trigo. Lets send them some love.

This same phenomenon has happened with the unveiling of the characters in the new Mortal Kombat 11 game; with male characters being practically nude, shirtless or in loincloth and the female characters having their assets reduced in size and completely covered up. The first few female characters I saw actually made me skeptical that it was another SJW-agenda rearing its ugly head, and some people were blowing more hot air than Scorpion in tiddy-bar, but then a pattern started to emerge as gradually more and more female characters were revealed though not “revealed” in the way you’d think.

The term “Benevolent Sexism” has been mentioned in various articles and Youtube videos regarding MK11; Benevolent Sexism represents evaluations of gender that may appear subjectively positive (subjective to the person who is evaluating), but are actually damaging to people and gender-equality more broadly (e.g., the ideas that women need to be protected by men).

It didn’t help that the new lead designer at NetherRealm studios decided to condescendingly defend his design choice by arguing that you wouldn’t go into battle, fighting for your life in a bikini. Though the male characters are still topless or in loincloth like Baraka, Kotal and Shao Khan. Also his point was refuted when people pointed out that UFC MMA fighters wear tight shorts and the female fighters wear sports bras and shorts. Its also funny seeing that UFC fighter Rhonda Rousey is voicing Sonya Blade, you’d think she’d be fine with fictional fighters wearing minimal clothing to be on their A-game in a fight to the death. 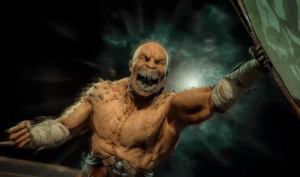 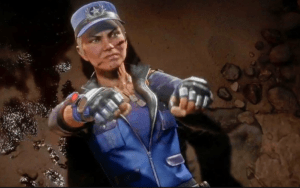 Now, while the developer didn’t attack gamers who were upset about the covering up of female characters, he at least owned his creative vision and acknowledged that the change would upset some fans, but he also hoped people give it a chance. Now it could be the dreaded SJW-agenda; or it could be that they’re trying a different, more grounded visual aesthetic, unlike the voluptuous, cartoonish, Conan The Barbarian-esque proportion designs of MK9. 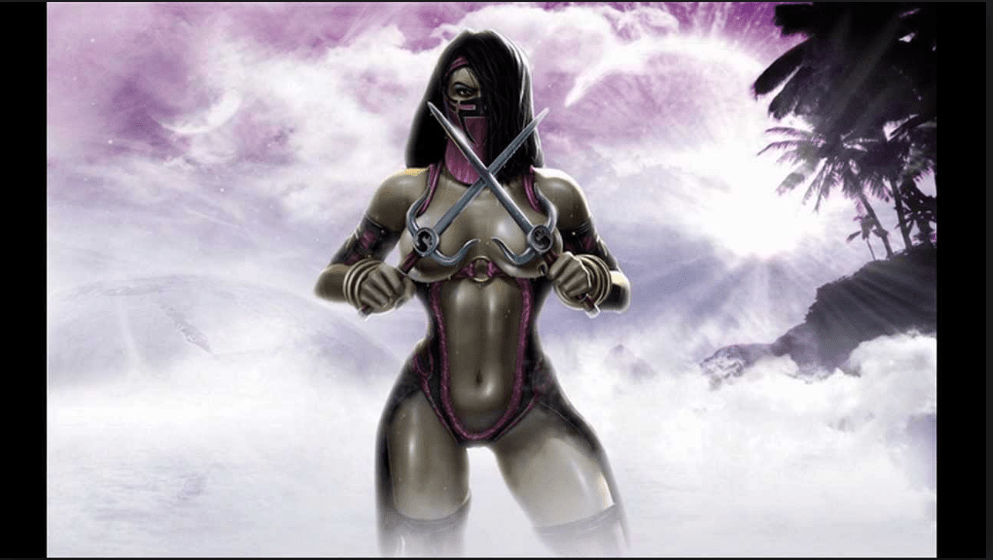 Frank Frazzetta would be proud of a creation such as this!

Now I’ll try to channel my ‘inner Andrew Ryan’ with some final words of wisdom. I say vote with your wallets, but vote positively. Of course deny your hard earned shekels from the grasp of the creatively bankrupt parasites, but invest it into a creator that wants to spin a great yarn. To tell you an intriguing story. Invest it in the artist that wants to dazzle your eyes with their mastery of pen and pencils; of fine lines and shadows, detailed landscapes and characters. Don’t immediately dismiss a product based on the surface features. Take a good look before you judge.

But most importantly; let us stop paying attention to these typical “infamous” NPCs and lets push our focus towards more positivity!

My name is Andrew though online i go by the name Flattmeister. I make videos on youtube; talking about all the latest in geek news. From games to movies and comics. I also host The Flatt Pack Show podcast (every Wednesday 11pm GMT/6pm EST) where we interview indie creators and talk about topics within fictional mediums.