What makes a comic book? Is it the craft, or is it the paper it’s printed on? It seems we’re quickly approaching the day in which comics and its paper form are seen as separately as music and vinyls (CDs, cassettes, etc) … and any related form of physical media.

Memes themselves already apply the properties of comic book storytelling and have been used to fight the so-called Culture War on the internet.

On the comics front, the #ComicsGate supporters have gone to the social media trenches trying to protect consumer rights while fighting off the nepotism and mediocrity that’s riffling the comic book industry. 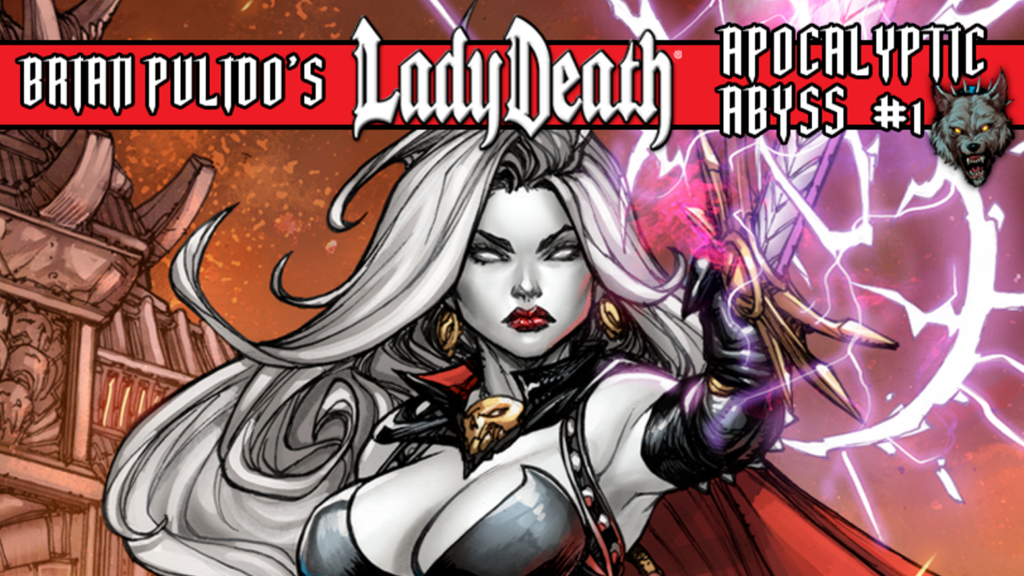 These ideas and the passion of independent creators such as Joshua Howard (T-Bird & Throttle) or Brian Pulido (Lady Death) have inspired other talented creators, whether newcomers such as Crumplepoint (The Peptis Challenge) or seasoned industry veterans such as Chuck Dixon (Ravage: Kill All Men), to put out indie comic books that will pick up the slack left by the mainstream publications which seem to have forgotten how to make comics for paying customers without solely relying on brand recognition.

And this is an important point. The production and marketing logistics are nearly as important as the story within the comic book itself. Especially if you’re doing things independently and you plan to crowdfund comic books successfully while trying to take the comics mantle and satisfy the comics-buying fans that the popular comic book companies are leaving unfulfilled.

Therefore, a sustainable model, along with affordable prices, an extensive reach, and a consumer-friendly attitude is what comics generally need!

There are already some recent success stories in this area such as Richard C. Meyer’s Jawbreakers or Ethan Van Sciver‘s Cyberfrog. Just taking a quick look at the www.indiecron.com site easily proves how some of these projects are actually making more money for the creators than your average ‘Big Two’ comic book. 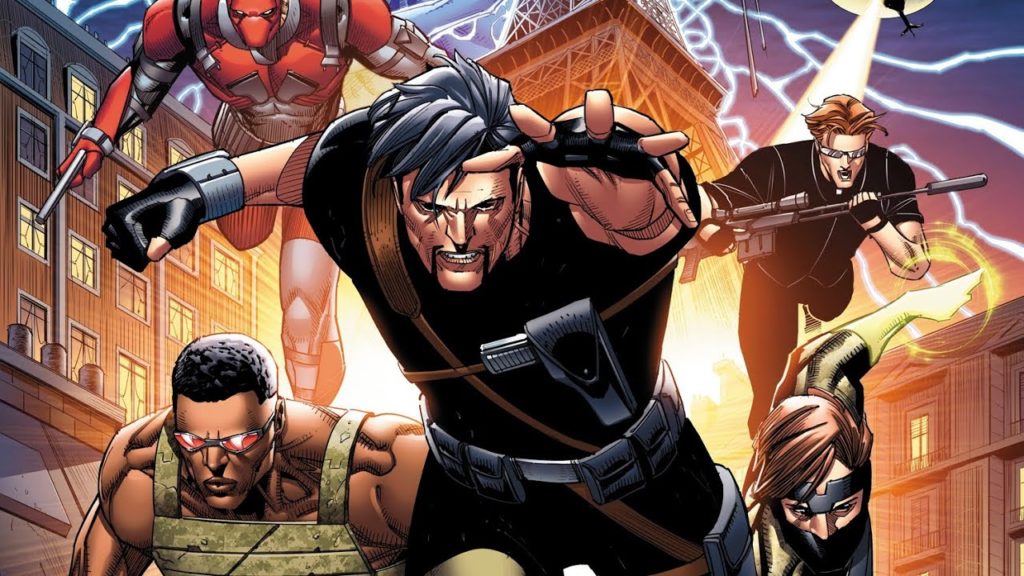 But is this enough? It’s certainly cool that #ComicsGate adjacent projects like these are finding success in the community they’ve fostered through social media, but things have to keep evolving if we want to sustain interest in creating a consumer-friendly community. 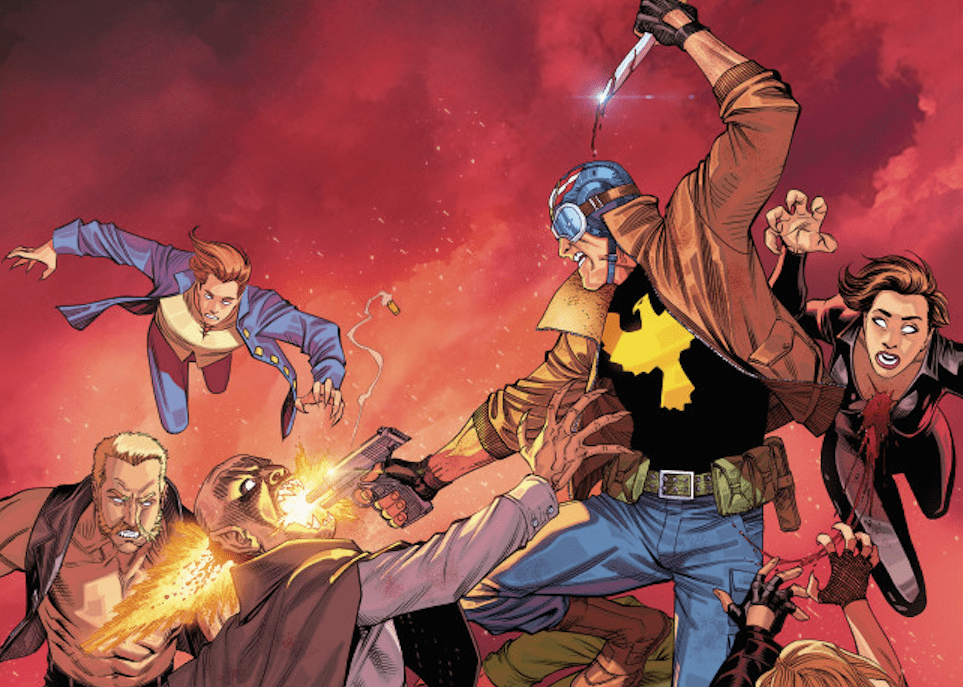 I can’t speak on behalf of any of the aforementioned creators, but I can speak for myself. I happen to have my own upcoming projects that I’ll be putting out through the studio I founded along with inker “Lobo” Cuevas (Wolverine: Civil War). The studio is called Panels & Gutters, and we’re starting with a title called Alien-Nation. In preparation for this, I’ve looked into the logistics that are required to produce the book, to make it widely available internationally – in two languages simultaneously, and to put it in comic book stores… all of this while making it financially viable for us as creators, but also at a reasonable price for consumers.

So, here is the approach that Panels & Gutters will use, our logistics model, on how to we intend to make crowdfunded comic books even more consumer-friendly.

This model was studied with the help of a National University of Mexico, UNAM, Business & Marketing Academic, Lic. Gema Puig, (who happens to be my mother). 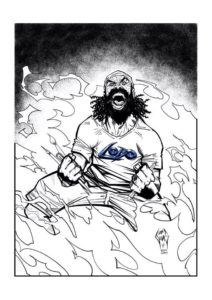 1.- Understanding comics beyond just the paper: There is no viable reason why most of these campaigns aren’t using digital comics to compliment their projects.

Through digital means, we intend to produce a free issue #0 so that both English and Spanish speaking readers can be reached around the world, can get to know the Alien-Nation concept, and can decide if this is something they would like to invest in and see flourish.

We also plan to produce a 60-page story, plus extras, at the affordable price of 6 bucks without the burden of printing and shipping expenses. Fulfilling our crowdfunding efforts to produce this will help us deliver to our backers as soon as possible without any damages or shipping fees to physical copies.

We’re trying to get more comics, not paper, to the hands of the interested readers at a price that we feel should be considered the industry standard, especially because of the global reach this provides even in countries with a reduced or nill number of comic book stores.

This first step is about the craft and funding us as creators to be able to produce it at a reasonable cost. 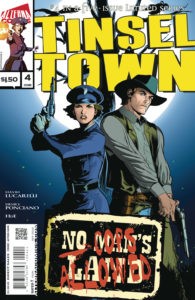 2.- We don’t oppose physical comics: Incorporating digital comics doesn’t mean we intend to do away with traditional paper comics. We’re trying to produce the best of these two worlds at a consumer-friendly cost and immediate availability.

The fact is that print comics come with a lot of complications and costs if you don’t have access to good production and distribution logistics. However, there are people who already do, like Peter Simetti and his Alterna Comics. As a creator, you have to be on the lookout for small companies and the symbiosis you could form with them.

Alterna Comics isn’t the only example, of course, but it’s one which we would personally be thrilled to work with putting out our physical books since so few people in the industry have the moral character and are general badasses like their publisher Peter Simetti. Plus, there’s probably no other company on the level of Alterna’s consumer-friendly policies and pricing in the entire North-American industry. No wonder they’re currently expanding their operation while other companies like IDW are in financial crisis.

Putting our books through a company like Alterna, after we’ve already funded our creative process, will help them further become an industry titan which could possibly set new, much-needed business standards while making comic books affordable and accessible for English and Spanish speaking readers.

This is not unprecedented. In fact, a very similar model has been implemented by creators like David Lucarelli, who publishes his celebrated Tinseltown through Alterna after he crowdfunded the creative aspects of the comic.

3.- Do the math: Considering these steps, consumers get a 60-page story for $6 (USD), plus, if the readers want to collect the book in physical form now that they’re an informed consumer, they could get go the their local shop or pre-order it for $1.50 a floppy. The 60-page comic would be split into three comics, which would result in only $4.50 USD to get all three comics at your local comic book store (or by ordering directly from Alterna). And all total, that would be around ten bucks if someone wants to buy both the new digital format and the most traditional paper comic book one.
Considering the average campaign contribution on Indiecron is around $30 dollars, this is one hell of a bargain. Not to mention the ability of a broader audience to have cheap and widely available means to try the new product.

A “normie” customer is not likely to pay $25+ USD for a book he can’t try out and which will be shipped months later.

4.- Listen to your community: Yes, as creators we foster a community of people interested in our work; our readers are our bosses. Each author will experience a unique set of values in his community. Maybe some communities just want to pay a premium for very expensive hardcovers with holographic covers and, with enough people interested in that, you can make anything viable. So, if my studio concludes that our following actually wants to purchase products like that, we will certainly look into a way of making that happen, but only after our quality is proven through the most accessible models we can conceive. In the end, it’s all about learning to adapt, but a strong foundation will surely help. 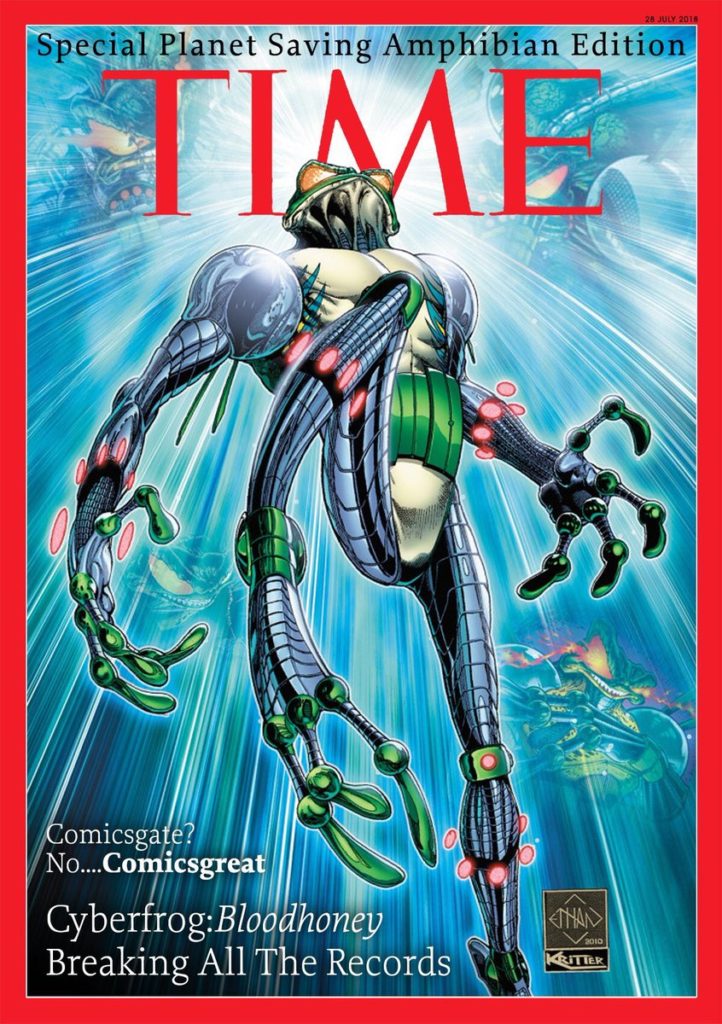 Finally, I want to say that this post is not meant to put down creators who have managed their campaigns the way they see fit, nor is it meant to insult the customers who have paid to get those comics. Quite the contrary! For they are the first settlers in this new “Wild West” of indie comic books and they should be thanked tremendously for expanding the way that comics are produced.

The intention of my article is to invite everyone involved to think about potential new ways to make our new industry better by putting out these ideas, which are themselves perfectible – perhaps I’ve missed something. The important thing is that we share these ideas and continue to think of ways to keep our comics viable while remaining consumer-friendly.

I welcome your thoughts in the comments below.