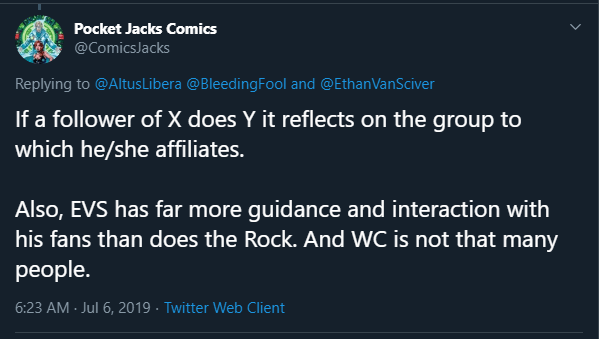 Media is changing, from the way people consume media to the way that people receive it due to the constant integration of technology available at people’s hands. Due to many media outlets’ inability to respond to consumer’s demands for truth and honesty in reporting, once great media moguls are feeling the bite of the change in the overall culture that is tired of being lied to by people that they trusted. Recently, this welcomed wave of scrutiny has fallen on a fellow contributor Preston Poulter over a few of his latest articles.

I personally have a history with Poulter; I heavily criticized his comic book White Lily, and my opinion on this book has not changed. But his focus as of late has been on providing advice to other creators on what techniques they can use to continue growing as a small publisher. His insight on how to grow your business includes such erudite highlights as having a well written book with excellent artwork that is priced fairly and delivered on time with a second project following close behind. My favorite piece of advice in this article is how Poulter suggests avoiding the inevitable second issue fall experienced by all major comics by simply adding the first part as part of the “rewards” for new customers. 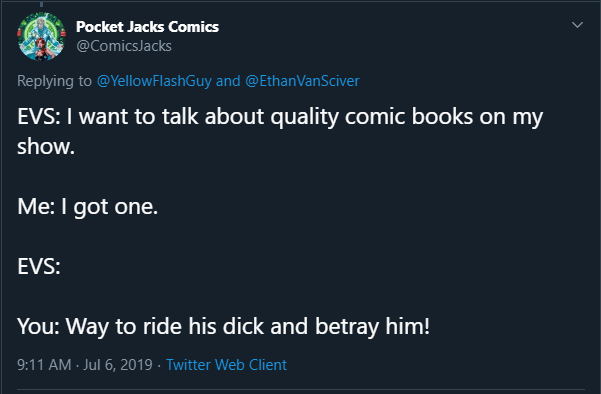 I am unsure as to how any of these pieces of advice are breaking new ground for creators that are attempting to launch their own brands. To me this article reads as little more than a self-gratifying ego boost that is designed to “show off” his own merits; think of it as making a one-man circle-jerk. But it was a previous article by Poulter that grabbed my attention and prompted me to break my own self-established rule against writing a piece against a fellow Bleeding Fool contributor. Poulter defended what is, in my opinion, clear tortious interference by an individual who has appointed himself (or herself, I don’t want to be accused of misgendering) as arbiter in business dealings that are not his own.

Why is this so important? 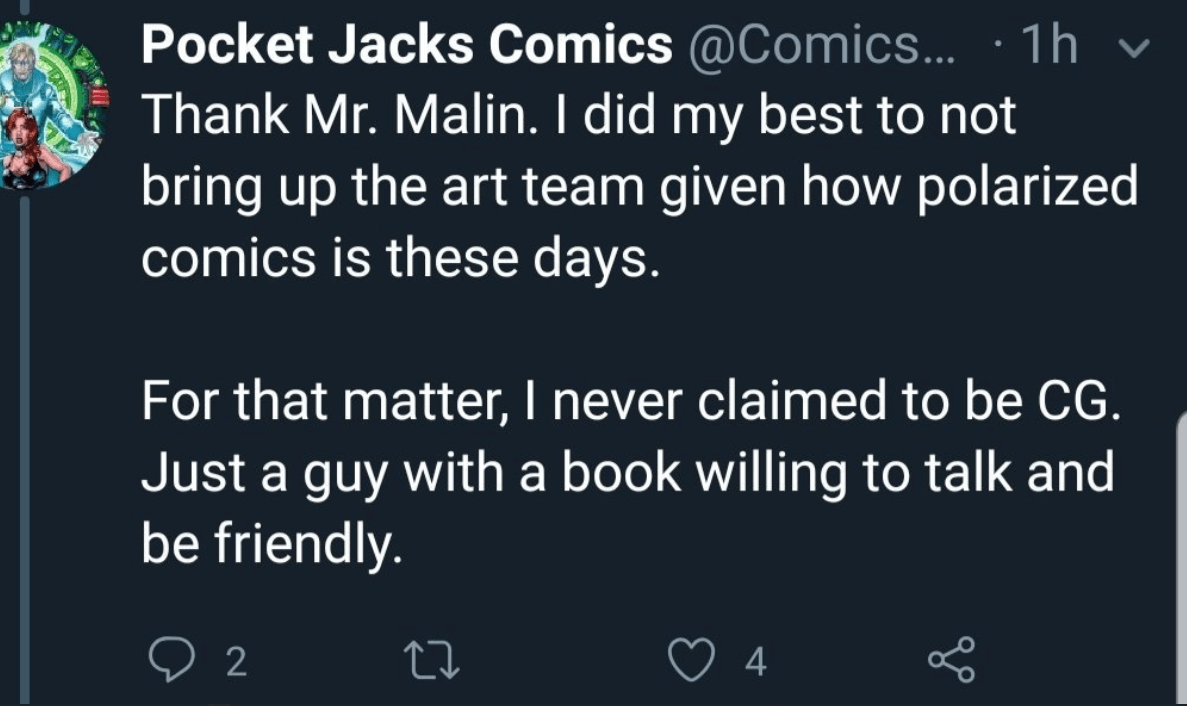 Despite my own personal feelings about Poulter’s work, he’s an indie comics creator who’s simply trying to catch a break. He tried to get on one of Ethan Van Sciver’s live streams, which have proven to be profitable for most attendees, but with no success. As a response to his inability to compel Ethan to push his comic, Poulter started a smear campaign against EVS, and all his fanboys that openly support his efforts of making Comicsgate a viable option for other creators. In those attempts, he’s been effectively using Bleeding Fool’s publishing house as a weapon for his own despicable ambitions.

This is the best example that can be used to highlight the social justice warrior (SJW) mindframe which has led to the demise of multiple news organizations in recent times. As the Vestige campaign is getting ready to deliver to supporters, I was in the process of reaching out to the creators for an interview with them. Maybe I would have received the interview, maybe I wouldn’t have, but thanks to Poulter’s brand of journalism (that can’t even get the name of a live stream show correct), I seemingly no longer have that option. Thanks to his single-minded obsession, it has become more difficult for other contributors from this hub to be seen as honest journalists pursuing unbiased truth in pop culture.

That is the single-minded thought pattern of SJWs; do what is good for you and you alone in someone else’s brand and just f@&k everyone else out there. There are posts, screenshots, and multiple articles written by Poulter, but none have his own distinct brand readily available to back his claims. Why? Could it be because he doesn’t want his brand to fail because of his mixed up actions? Why give a f@&k about the BF brand when you have your own to fall back on?

Consider the current wave of cancellations covering digital media. All that have followed the same SJW track that Preston tried to drive this publication towards. This isn’t your personal platform to spew about how wronged you feel over not being able to convince Ethan Van Sciver help sell your product. This isn’t your platform to talk about how traumatized you were by Warcampaign’s weaponized memes across Twitter. This could have been a platform to help you promote your work, but that ship has clearly sailed due to your own foolish actions. Instead, people like me are left to clean up after the falseness of your narratives which have done enormous damage to our overall reputation as journalists, not just from your clearly identifiable biases, but from your lack of journalistic integrity and basic research skills (or willingness). 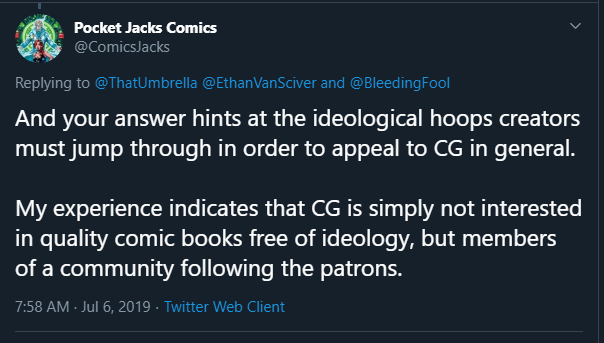 So let me be the first one to congratulate you, Preston. Thank you, from the bottom of my heart, for nearly undoing the credibility that I and others in this platform have tried to build with this community for years. Thank you for helping bring a negative mark to this publishing house, I am sure that your “big” Pocket Jacks money will help carry you through the rest of your life as the businessman that you clearly represent. But more importantly, thank you for showing our readers and consumers that sometimes we get it wrong.

Media is changing, whether for the better or worse will be for future readers to decide. All we can do salvage our reputation as a news hub with a satirical edge that exposes industry failings, social justice, and its protectors, and hope to learn from these harsh lessons. We all share the freedom to speak our minds, and more importantly we are all entitled to be wrong.