One of the weird things about the comics industry in 2018 is that books are often far less interesting than all the bizarre drama that creators bring upon themselves. Regular readers know why this is the case: The unprofessional antics of Mark Waid, Dan Slott, Gail Simone and others have been covered for years.

The past week, however, provided a sterling example of the industry’s corruption. The DC-Vertigo book Border Town was torpedoed after one of its writers had a #MeToo scandal explode on social media; almost no one wanted to talk about it.

If you went to any of the mainstream comics news sites, then you were greeted with the sound of crickets chirping.

If you went to the Twitter feeds of all those creators who chimed in Supreme Court Justice Brett M. Kavanaugh’s nomination process, then you were greeted with crickets chirping.

The only people who were substantively covering one of the biggest comics stories of the year (and doing it with a fairly even hand) were YouTubers within the Comicsgate movement.

The Hollywood Reporter eventually chimed in, and so did Gail Simone — but the latter somehow found a way to make Comicgate the focus of her anger and frustration. 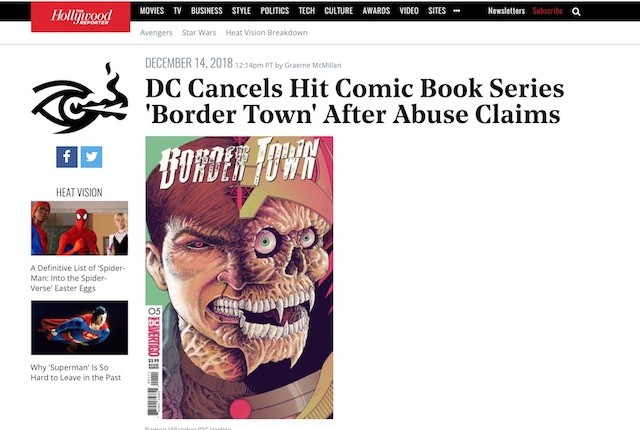 Ms. Simone even attempted to say with a straight face that she “never heard” of Border Town writer Eric M. Esquivel until “three days ago.” 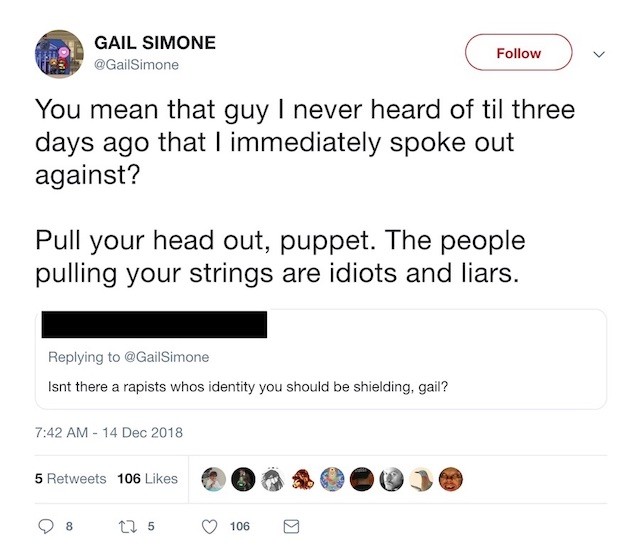 Yes, that’s right, even though Comicsgate’s members have been told for years that the industry is a small community and they’ll never work for Marvel and DC, we’re now supposed to believe Ms. Simon didn’t know of the guy who *cough* was literally featured in one of her projects: Ricanstruction: Reminiscing & Rebuilding Puerto Rico. 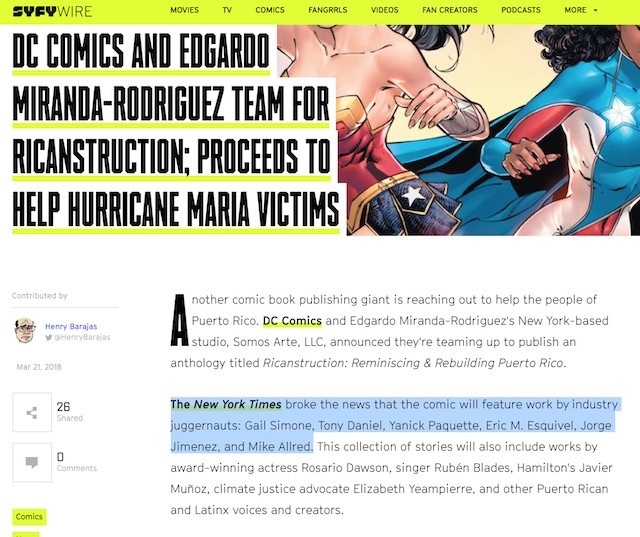 Ask yourself: What are the chances that two “juggernauts” within a small community of creators never heard of one another? 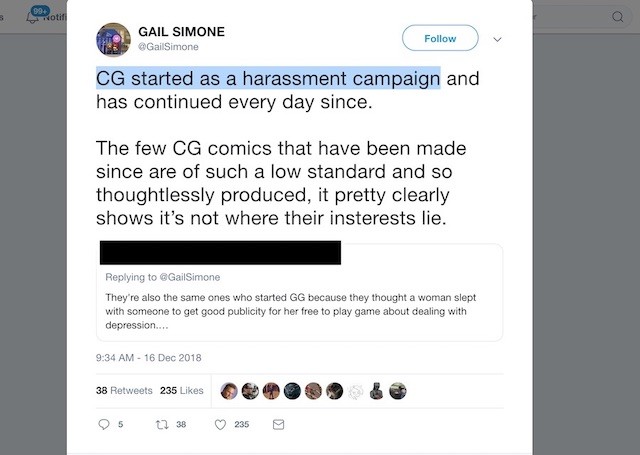 Ms. Simon’s other message — another lie — for Twitter followers was that Comicsgate YouTubers who dared to point out the industry’s hypocrisy are really just the organizers of a long-running “harassment campaign.”

Those who are wondering why someone in her shoes might lie need to only search through the history of this blog. Ms. Simone has been behaving like a mean-spirited ideologue (to combat vets) since at least 2015. 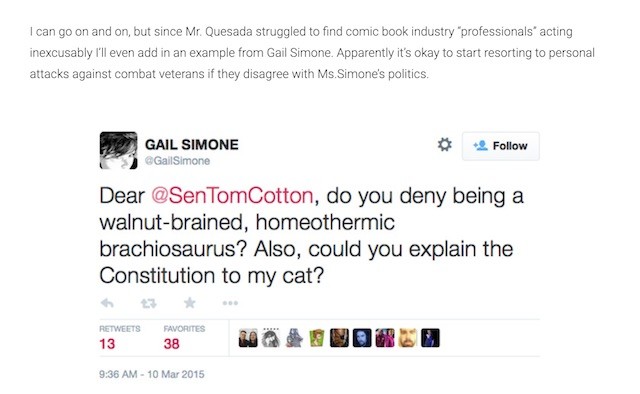 Yours truly has covered the way she and her ideologue peers alienate long-term readers, but in Ms. Simone’s mind that constitutes “harassment.”

If you want to know why the comics industry is in dire straights in 2018, then look no further than the laundry list of lies from creators like Gail Simone.

You’ll also want to look at the gaggle of Cable Guy-esque characters who are elevated to the level of creative “juggernauts” by shill websites.

Ms. Simone likes to call guys like me a “puppet,” when the truth is the exact opposite.

This blogger and YouTuber has never shied away from telling you what’s on his mind, which is why women like Gail Simone often go into overdrive to peddle easily disproven lies.

Note to Gail: The internet never forgets. Your tweets are archived. Your interviews are archived. No matter how much your try and scrub, scrub, scrub away your online history, guys like me will find the truth and present it to readers.