Going to try to put an end to the idea that anyone should ever have to accept abuse, bullying or harassment to participate in a Comic Book fandom TODAY.

But I need your help, you have to STAND up and communicate that you refuse to accept it it.

A big kerfuffle went down late last night as the WarCampaign online group of Larpers & Ethan Van Sciver “worshippers” were accused of having engaged in bullying and possible doxxing conspiracies against indie comic creators and fans. When evidence of private messages were provided to successful comic creator Ethan Van Sciver, he threw down the gauntlet and demanded all the evidence be provided. Ethan then insisted that members of WarCampaign, who have up until now been completely, publicly zealously loyal to him, should stand down with no more harassment and negativity.

We’ve got evidence that some members of War Campaign were plotting in private to dox their enemies and allow the blame to fall on me.

Further evidence? Send it my way. Do not worry.

Earlier this week, the group’s official leader, Ro Kabir, was suspended from Twitter for harassment. Screen shot evidence was provided that indicates he has frequently been a provocateur in bullying Comicsgate allies and other independent creators by mocking them with degrading images. 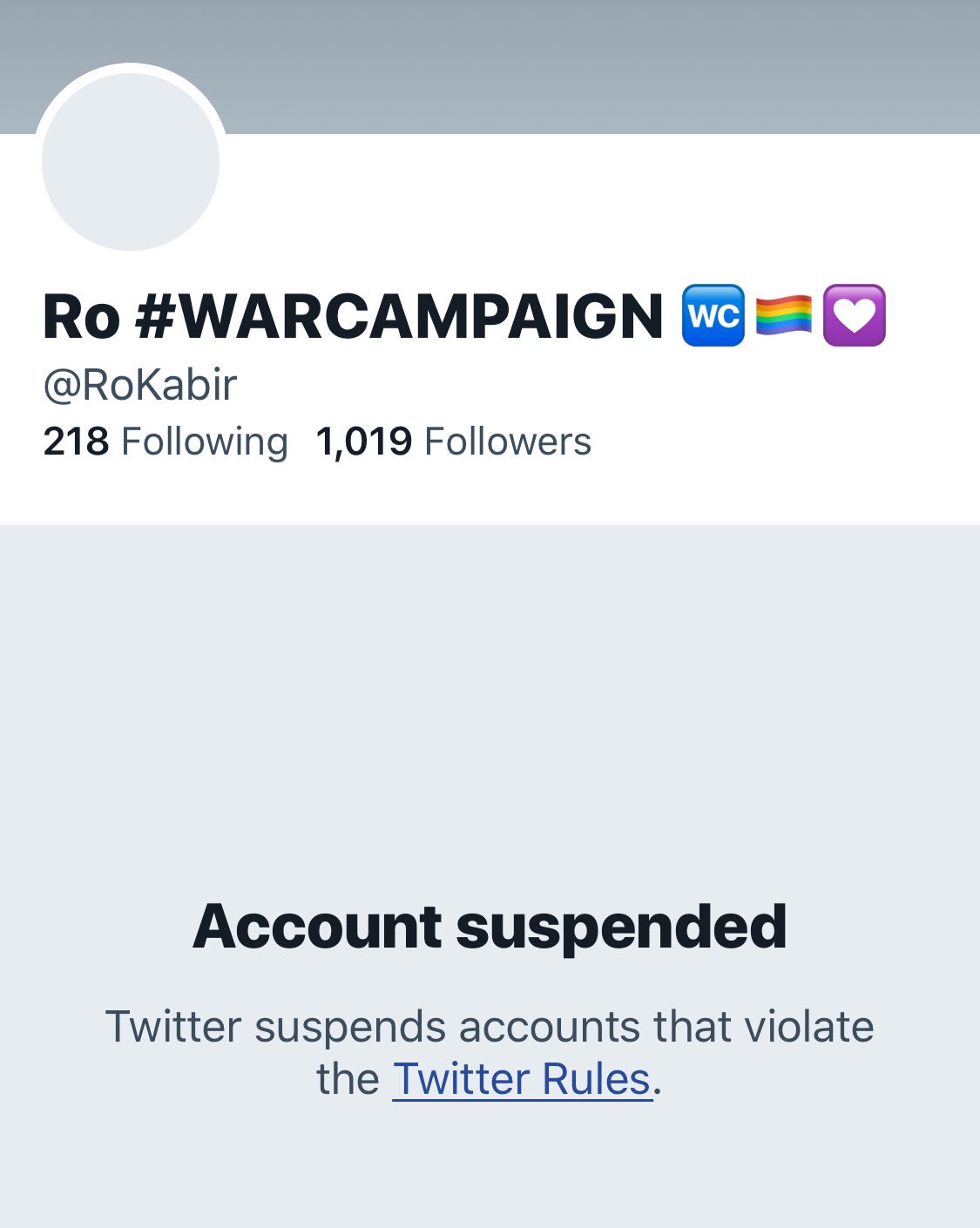 Perhaps the strongest rebukes are the accounts of two of the indie creators that we have featured on this very website. The first being George Alexopoulos who wrote the following thread on his Twitter last night:

I write all this at great risk to my currently-running campaign. I hope at least this stands as a testament to my sincerity, that I’m willing to put it all on the line to expose behavior that may put the entire community at risk. Indie comics is bigger than this.

I can get exact dates and times if needed. They (WarCampaign) called it a “tribunal”. It was one of the most brutal conversations I’ve had in my entire 15-yr career, filled with creepy accusations against me for defending a fellow creator. It was a simple ambush. By the time I realized what was going on, it was already over. I walked into it thinking I’d be speaking to rational people. It was very creepy. I hope they publish it, but it would make them look VERY bad.

Since then, members of WC have reminded me of that night. Phrases like “I’m listening” and “You’re being aggro” have been repeated at me, because that’s what I said when they took turns interrogating me. There were dozens of people listening to that conversation. I’m still told by people that they heard it live, that “they were there.” Ro Kabir asked me to talk to him personally that night, then baited me into talking to all of WC at once. It was a trap. My crime was defending Brad Ashworth against unfair accusations. By taking his side, I was also accused of many nasty things, including running an IGG campaign to “collect names and addresses”. None of this had any basis in truth, but I was so blindsided I could hardly respond.

I believe some members of WC have personality disorders, and that their group is a front for people who just want to hurt other people under the basis of “helping consumers.” I’m convinced they want to control the community through intimidation, coercion, and threats. This is not to say all mid/low ranking members of WC know what’s going on. However, I believe they have heard and seen disturbing things they have been afraid to speak out about, because they know what the group is capable of. I know a few people in WC who are very nice, and just want to feel camaraderie and safety in numbers. I bear them no animosity or ill will. However, watching the events of these past few months, I’m convinced something strange is going on withing the ranks of that group.

Many of us creators have been speaking behind the scenes. We all agree that WC, or rather its leadership, are the greatest deterrent from CG as a community. Anytime anyone speaks out against them openly, they are swarmed. But as Edwin Boyette has pointed out, enough is enough. I don’t know if WC should be openly disavowed by Ethan van Sciver (they consider him their “Caesar”), but I have seen and heard so much about their behavior, I think it would be appropriate to completely detach from any group they’re associated with. I’ve been so happy to network with 99% of all of you. I love making comics.

However, because of the bullying behavior of a few (possible) sociopaths, I’ve been tempted to walk away from CG on a number of occasions. There are other creators like DougTen Napel who have already done so. Members of WC are proven to be engineers of rumors, and I would be very curious to hear how many internal “crises” have been engineered by them. They tried to do it with me, likely waiting for me to step out of line before dropping the hammer. Anyhow, this soliloquy is long enough. I’m grateful for all my readers and friends I’ve made. I don’t know what the consequences will be of my stepping forward, but I want the bullying to STOP. We can no longer be silent when we see unacceptable behavior around us.

We cant defend antisocial behavior of our allies, just because they’re on our side. There are people out there who just love fighting, who will use any excuse to cause it. It gives them pleasure. And it’s been profitable, too. Anyway, that’s that. I swear the deepest oath of my career that I have never, and will never, breach any of my customers’ privacy with anyone. I will never support doxing. If Mari Sue takes a hit because of this, so be it. I refuse to stand by in silence when I see good people get slandered and ganged up on. I am publicly saying that I believe WC is intentionally working against the interests of CG, that there are creepy power plays going on behind the scenes including intentional coercion and slander.

I openly call on the leadership of CG to rebuke WC’s behavior, and I encourage members who have seen bad internal behavior to step forward, as well. If this post somehow leads to strange rumors about me, I hope all of you give me the benefit of the doubt.

Brad Ashworth is the artist George defended and was harassed over. Brad is also an indie artist we’ve featured on Bleeding Fool and he also weighed in on his Twitter account last night.

The Sunday I got harassed my WC for hiring a editor for some “TEXT” on my campaign page. I was on Ikari Press show with Tyler my writer. At the end of the show he said if you mess with WC your fucked. Say goodbye to EVS and such because WC mods all the big shows.

I went on Cecil’s stream next, and got followed by WC, making trouble in the chat when I was on. Ended up with refunding money on my first day because of the lies. I had no idea what to do or deal with it. I reached out to Malin who replied “you need to deal with it yourself”.

I reached out to Cecil for help or guidance. And got no reply, just blew me off. Edwin Boyette asked me to turn the other cheek. Which I could not do. But Doug TenNapel was the only “Pro” who reached out to me on the CG side. And he listened, and went to bat for me. When my name was being drug through the mud, he stood up and helped me out. I saw then where labels like CG and WC got me. So I left CG and will not wear the label again. If CG is going to cower to bullies and not stand up to it, them it is not the place for me.

When Ethan van Sciver found out about all the drama, he tried to promote my book, but WC came down hard on him for it, and EVS, Malin, Antonio could not sell one copy on the stream. WC was were just going after him saying I was doxing people and shit. While I still hold the original ideals of CG, I will not wear the badge again. Done with labels.

Besides Doug TenNapel, who says he left ComicsGate over similar Warcampaign harassment, other notable Comicsgate affiliated artists such as Mike S. Miller, have not only been backing away from the group, but sometimes battling with members of the WARCAMPAIGN themselves.

Ro was on yesterday and Gar and Pan were all rooting gatekeeping and policing together.

You turn a blind eye out of loyalty.

I respect your loyalty, but how about being honest?

Up until now, Ethan van Sciver has mostly shifted between appearing somewhat flattered by the attention of the group and treating them as well-meaning, but zealous fans, while other times he defended them and even dismissed the group’s zealotry as just a bunch of silly online scoundrels, yet still mostly harmless. However, with all of the “sturm & drang” over the past few weeks, last night it appeared that Ethan had finally had enough and could be cutting ties with the controversial fan club, especially after receiving evidence of an alleged plot against him. Does this sound similar to the story of Julius Caesar, the former Roman dictator of whom Ethan as given a nickname by WarCampaign? Pretty weird.

SELL OUT EVERY WCer WHO THOUGHT IT WAS SMART TO USE ME TO ATTACK CGERS. NOW. https://t.co/sqY4mF9y09

All of you are FUCKED. pic.twitter.com/wXSuz6Elil

Time For a Live Stream! Who will Ethan Believe?

Scholars of history will recall that Julius Caesar was assassinated in a conspiracy of several Roman senators, led by 3 of his trusted advisers. They stabbed Caesar to death in the Theater of Pompey on the Ides of March in 44 BC. Thankfully, it appears, this ‘Caesar’ will not befall the same type of betrayal. Let’s see if he offers WC mercy, demands they cut out the toxicity, or simply cuts ties to them altogether.

The question remains, how is this divisiveness helping the independent comic creators and fans? Will everyone kiss and make up? Is this all just to stir up drama for Youtube clicks and campaign contributions? I hope not. We’re better than this.

The North Star that everyone should be about is comics. If you don’t like drama go back a campaign that desperately needs you right now. https://t.co/D0LBRyHbBY