by Dean Jr.
|
The idea that an industry that began, and largely remained until perhaps the 1990’s, as a medium of entertainment for adolescents could eventually become embroiled in a controversy over the limits of free-speech and what constitutes legitimate criticism and professionalism in the workplace, seems on the surface absurd. And yet, here we are. But unlike #Gamergate, #Comicsgate is a far more insular affair. In too many ways it’s like a bitter divorce proceeding where the two parties that gave life to the genre are now at each other’s throats fighting over custody of it. Fans and creators, wrestling to death over the child they both loved and helped create. 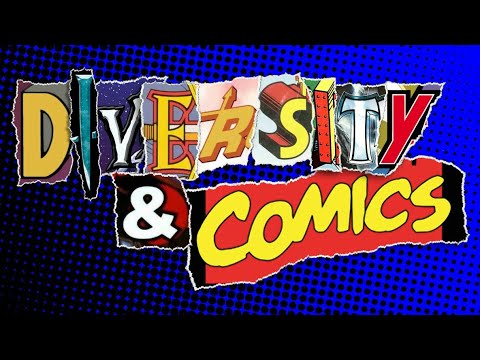 In the past few months, the comic book industry, and specifically Marvel Comics, has become a sort of proxy battleground between two incompatible ideologies. On one side is a group of malcontents that have come to be known as “Comic Book Skeptics.” This group is primarily composed of Youtubers, and while Diversity & Comics (a name ironically chosen) is not the leader of this faction, he has been called to the fore more often than others due to his rising popularity and natural charisma. The group also includes several other Youtube comic critics also considered “Comic Book Skeptics” such as “Capn Cummings,” “Mim Headroom,” “Nerkish,” “Douglas Ernst,” “Micah Curtis,” Englentine,” “Just Some Guy,” “Captain Frugal,” and many, many others. And while they most certainly are not a hive mind, they have all together reached a consensus that Marvel Comics’ current batch of writers and editors are what’s at fault with the ailing comic book industry. 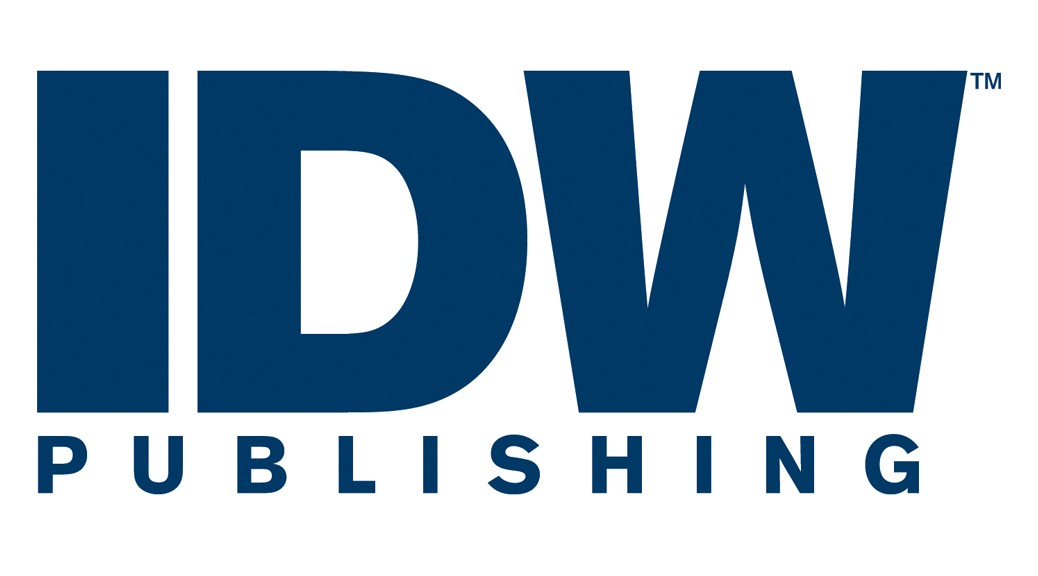 Whether they’re right about the cause or not, the fact does remain that the industry is in a slump. IDW Publishing lost a NET income of $2,321,000 – that’s a 91% drop in income since last year. They blamed “industry cyclical downward pressure driven by market leaders.” In other words, DC Comics and Marvel are under-performing and those companies are considered the health of the industry. But why? It’s no secret that film adaptations of comic book franchises are en vogue right now, and that they’re profitable even at their worst, but it’s also no great mystery that movie tickets bought don’t exactly translate into comic book sales. And those comic book skeptics believe that the primary reason they don’t convert is that Marvel has tinkered too much with iconic characters leading to a disconnect between what movie viewers expect and what they find on the shelves.

Marvel Comics, more than any other company since the 2000s, has made a reputation as being the most “progressive” comic book company. They’ve released news-making covers of gay marriages, female Muslim superheroines, African-American Captain America’s, and most recently a young, black, female replacement to their on-screen iconic hero Tony Stark (a.k.a. Iron Man). They’ve introduced an Asian-American Hulk, a Half Latino, Half African-American Spider-Man and body diverse heroes such as Squirrel Girl. They also lead the industry in terms of LGBTQ characters while they’ve toned down the feminine features of women in their pages in an attempt to subvert the ‘male gaze’ and objectification of women. And in the wake of a divisive presidential election that drew battle lines not only between political parties, but family members as well, Nick Spencer (writer of Captain America) made Marvel’s only slightly subtle ideological leanings overt in the Secret Empire storyline in which it was revealed that Captain America had been an Agent of Hydra all along. Fans of the All-American version of the patriotic hero, or even the Chris Evans film version, have nowhere else to turn outside the pages of a Marvel comic. 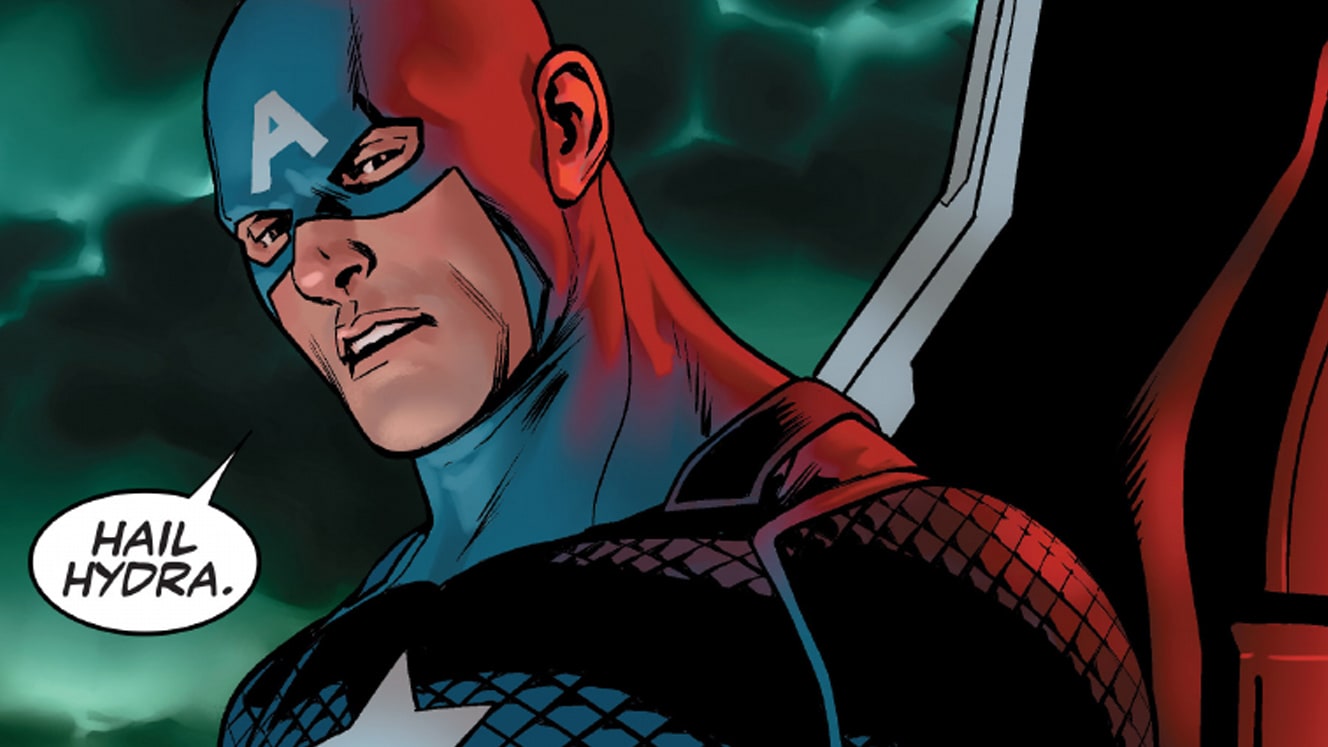 All these controversial changes and capitulations to the current cultural mood did not however translate into sales. Eventually, Marvel noticed this, and David Gabriel VP of Sales at Marvel, placed the blame on the fans saying:

It’s what they saw in the sales and in a way it’s what the Comic Book Skeptics have been saying, and that is not that diversity itself is the problem but what they see as pandering and quota-filling is the problem. Unfortunately, those same Skeptics – with their data driven opinions, sales minded criticism, and critique of what is in their opinion poor art and sub-par story telling, also provide the occasional helping of course-language and sometimes cruel mockery. Both things which undermine any valid criticisms they might have. 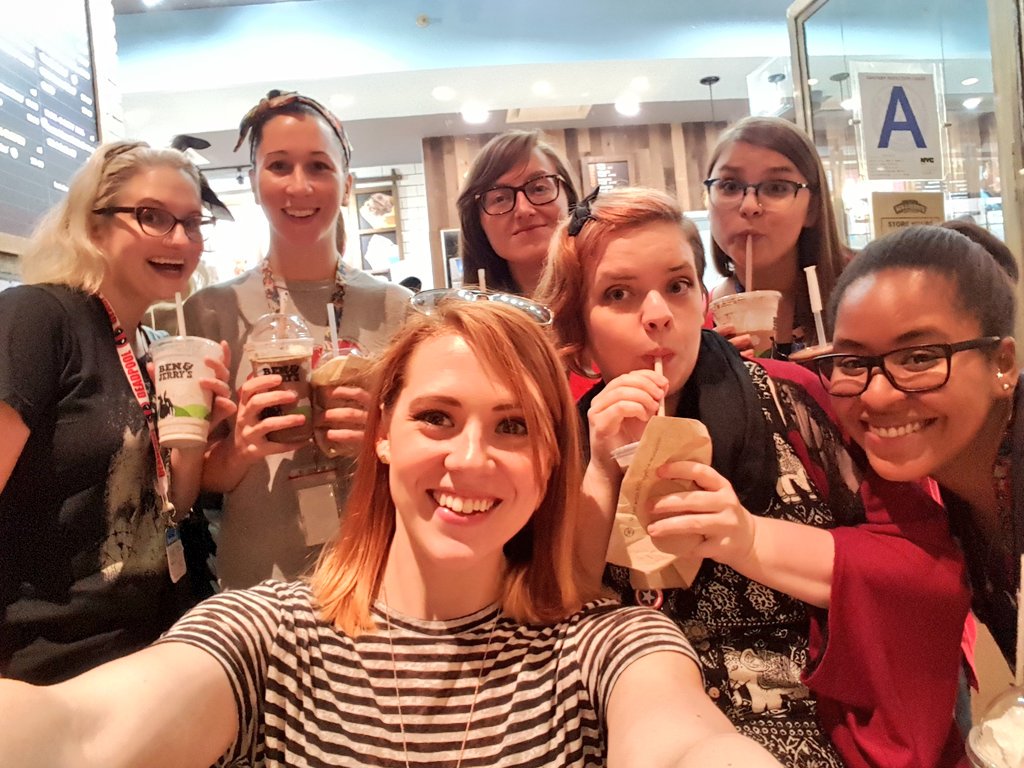 Pushing back against these Skeptics are writers such as Dan Slott, Nick Spencer, Gail Simone, Mark Waid, Ron Marz, and even editors like Tom Breevort all the way down to assistant editor Heather Antos, the latter of which’s “make mine milkshake” hashtag was one of the precipitating events in the current conflict. This group has responded to the criticism they received not by only denouncing those Skeptics but by blocking them and their twitter followers. They and their supporters have labeled the dissenters as “bigots”, “homophobes”, “transphobes”, “sexist”, “misogynists”, “racists” and one need only look to their twitter feeds to see as much. And according to one of Diversity & Comics’ recent videos, writers such as Kelly Thompson and B. Clay Moore have been keeping tabs on his movements, noting what days he’ll be attending the NYCC Comic Con and alerting security at the venue claiming they fear for their safety and the safety of their friends. They even had a secret Facebook group where they planned to set him up to get him kicked out of the NYCC.

While Diversity & Comics is not shy about the fact that he is a former Marine and evidently a combat vet, he has never made threats on their lives. But both sides have begun painting with such broad strokes that neither can see the grim reality of the situation at hand. The Skeptics say that the pros no longer care about sales and have called for the firing of independent writers for their tackless opinions on Twitter. And the creators have taken to using hotly charged rhetoric and outright dismissing whatever legitimate criticism comes their way. They’ve put the Skeptics in an proverbial comic book “basket of deplorables” and can no longer see them for what they are, paying customers and, at the very least, former fans. 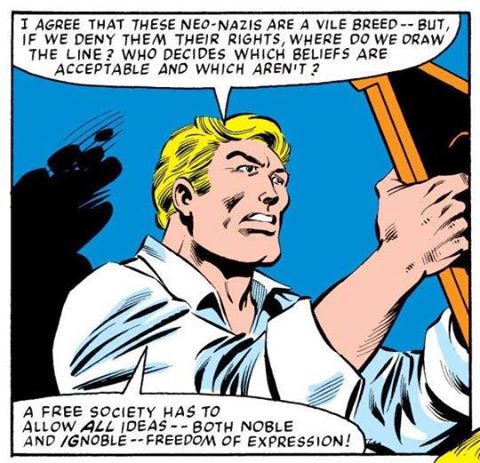 And so it goes, with the Skeptics saying that the industry is dying because of the creators and the creators blaming the fans for not wanting what they create. And they’re both correct in a way. A divorce has taken place in the industry, and two streams of thought have diverged and the prospect of converging again is highly unlikely. Those who create have grown too progressive for those who consume, but even this is not what #Comicsgate is really about. When you dig through the rhetoric, the satire, the mockery and the name calling, what you find are a series of burning questions that sooner or later must be answered.

How much should employees be allowed to use their personal social media accounts to make political commentary that inevitably finds it’s way into the product? Should the comic book industry be divested of all political and personal opinions and be treated, not as an avenue for creative expression like other forms of art and literature, but as something else, something less personal that appeals to the lowest common denominator? And then there’s the question of how far one can push an agenda in one’s work before the work becomes pure propaganda? How many insults can one levy against someone, how many ad hominem attacks, before criticism becomes something less noble and far less acceptable? And perhaps the most important question, who or what is really killing the comic book industry: is it close-minded fans or radical comic book writers?

The comic book industry is dying, of whatever disease, perhaps it’s simply old age. Comic books were birthed in an era far different from the present, with fewer forms of entertainment, fewer distractions and fewer freedoms for the writers. They boomed in a speculation driven collectors market in the 80’s and 90’s, and peaked with mature stories like Frank Miller’s The Dark Knight Returns that subverted and deconstructed the genre and the bubble burst when supply outpaced demand and eradicated the scarcity that validated the high resale prices on which the growth was predicated. The advent of the superhero film as a genre proper and the revelation of its potential for true pathos and gravitas with Nolan’s The Dark Knight Trilogy was a hopeful spot for an industry that was barely limping into the future. Now that it appears that no amount of animated series, no array of TV shows, and no number of summer blockbusters can save the industry, these two factions are left fighting for its corpse.

Elbow - Grounds For Divorce
“Grounds for Divorce” by Elbow

Originally published at cosmicbooknews.com/op-ed-divorce-comicsgate on October 28, 2017