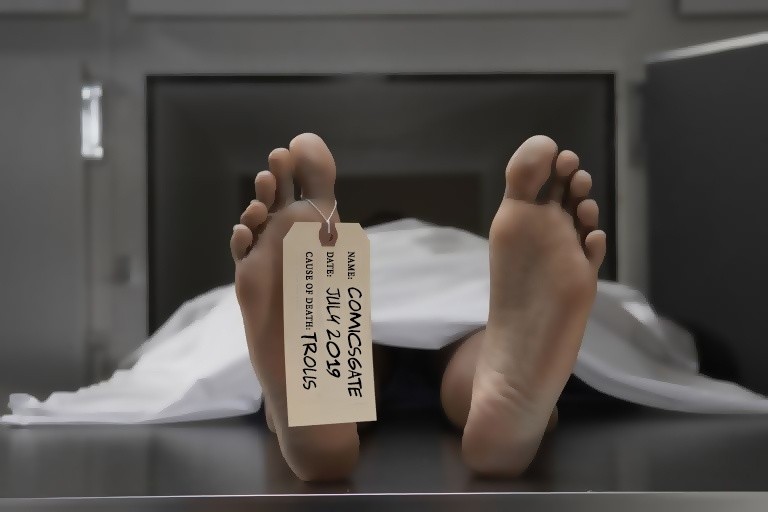 A weekend of Comicsgate drama erupted around the practices and behaviors of a group of Ethan Van Sciver’s superfans who go by the moniker, WarCampaign. Edwin Boyette, a former vocal advocate of Comicsgate, has since renounced the hashtag and specifically rebuked the activities of War Campaign. As came out in livestreams both for and against the group, Ro, the leader of WarCampaign, organized “gay ops” to target comic creator Timothy Lim when he was singled out by Ethan Van Sciver. These ops involved threats of doxing and associating the real name of “Nerkish” with unsavory things said in his discord server. Edwin also detailed how WarCampaign liked to set up cultlike ambushes for people, Edwin Boyette included.

All of this led many people, including The Quartering, to declare #Comicsgate effectively dead as a movement.  Is that an accurate assessment? Is it time to call for an autopsy? What causes fans to go toxic like this group did? Is this really the end of Comicsgate? Will it rise above this foolishness?

I haven’t been keeping up with comicsgate and I went down the rabbit hole for a small bit last night. Good lord, what a train wreck.

They hate each other more than they hate us now.

The death of Comicsgate