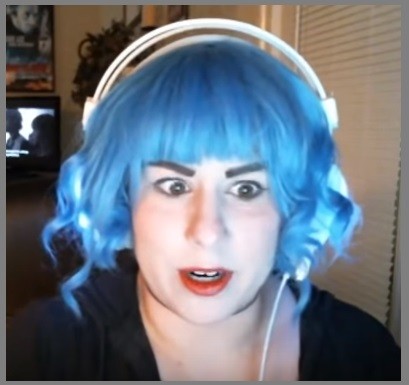 Renfamous had a chance unopposed to put out her case. She put out a case. And it turns out that the case is – that I feel very badly for her.

I’m not angry anymore. It was all very sad.

I could feel her tension, her shakiness when she started. She was absolutely terrified. I still think that she is a very horrible person, but I feel real pity for her after watching this display.

Throughout a streaming chat with a small-time SJW named Kevin Logan, (a self-described “SJW who takes on the manospherian, alt-right, anti-feminist, anti-social justice fuckwads of the world, with the occasional cat video thrown in for good measure”) I got the distinct impression that some of this nervousness had to do with keeping her pace she had set up in her notes, which I presume was what she was so preoccupied with on her screen.

Hello, my name is Kevin Logan and I’m officially the number one ranked SJW in the fucking world! pic.twitter.com/XmAQUtRdvI

She paused in her obsession with Ethan Van Sciver long enough to address the elephant in the room which is an ailing and failing industry. This reality exists of course, for a variety of complex reasons.

She demonstrated her complete ineptitude and complete misunderstanding of how comic distribution and the risk to shops in this system operates in any coherent way whatsoever. She has absolutely no idea what she’s talking about. For here there is nothing but ‘the fight’ and without it she really has no purpose, no meaning.

It is embarrassing actually to see the person she actually is and then reflect on the incredible amount of tension, division and damage that she has inflicted on comic book culture as a whole. Embarrassing, that so many give this person so much rope. My pity only lasted so long.

She quite openly and sadly admits to being a professional provocateur.  I can say I’m no journalist and I work in the realm of opinionated editorial-ism, but at least I’m no agitator.

Not so with Renfamous. No discussion of the organization of shops and publishers to counter angry consumers and to organize smear and shame campaigns to silence critics, unhappy customers and confused readers. No mentions of shops banning customers for their book choices and perhaps their perceived politics. Not a single utterance of the abuse of the reporting systems of Twitter, Youtube, IGG. Not even a whisper of the wave of sheer toxicity and baseless attack that independent publishers and creators of all kinds have been subjected to by her and her copycat sycophantic minions.

I’m using your bullshit threats and harassment to make money for charity.

If you don’t like it you can go report me to the FBI again. Or perhaps die mad about it? https://t.co/AuVEI3dQda

Not one word about poor Peter Simeti are you kidding me ? After last week – AGAIN?!?!

She actually championed the predatory practices of continuously rebooting and revamping characters and content ad infinitum. In her world it’s a chaotic ‘whatever the fuck I want’ content wheel – ” just be patient..it will be your turn soon too…”

The very reasons that most casual readers have been frustrated and confused for years and have walked away are the very ones she thinks show us how comics are doing so great right now.

What the hell is she talking about? 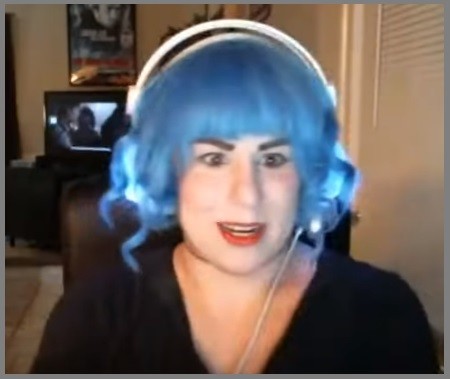 But even so, I try to give the benefit of the doubt.

I thought to myself towards the end  –

“Look Ren, you’re at home, this is all trash, it’s lost. We have to find something that we have in common, something we can connect with.

It sure as hell isn’t the Soylo: A SoyWars Story you left playing on your TV.

For fuck sakes this can’t be it. Go get your boxes…go pull some comics out and lets talk about these things that we love so much…Share some of yours – come on!

Go get them, we can salvage this situation…I’m sure of it…

What? No boxes…? Oh noes…Of course there aren’t any longboxes in your house.

Why would someone who is involved in torpedoing a book industry have a single comicbook of any kind in view during a live stream that’s supposed to be all about books ? What the hell was I thinking there, I must be catching the REEEE…”

Because after all this gibberish and nonsense, it’s another nothing launching vitriol at someone who DOES have a meaningful voice for just a few more days this week and for what ? The Circus Maximus ? Is Ren supposed to be the bread here ?

The lamb of the comic gods ? What was it that she was doing here again?

Comics she doesn’t buy ? IPs’ she’s never heard of ? Who is stopping her from making anything ?

No one is – not even from her own destruction.

And she is a spokesman for what exactly? The folks who play dress-up? Is that what we have here?

I’m absolutely loving how totally 100% WRONG comicsgate and all the other pissbaby whiners were about #SheRa.@Gingerhazing and her team made a gorgeous show with an engaging story and cool ass characters that everyone loves. I can’t wait to see the cosplay that comes from this! https://t.co/giRMJg7Px3

Seriously, they feel they are under appreciated and have a few things they’d like to say – is that it?

How rude of me to have forgotten that it wasn’t comics for comics.

Most interactions with the dress up crowd go something like this :

Guy 1 – “Man that sure is a wicked Spidey costume you got there, it looks like the actual design !!”

Guy1 – “It really is man, I think you did a great job here. I wish I could make something like this. Seriously. But hey man speaking of Spidey, you’re obviously a huge fan right? What’s your favourite arc from Amazing – you know – what inspired you to make this awesome suit  ?”

Guy2 – “Oh I really have no idea about any of that, I just like making costumes… I don’t read the comics sorry…”

Relevancy starts to lose some grip after some sunshine eh sunshine ?

Renfamous – these questions are still there :

Of course there are never going to be any answer to any of these questions because there can’t be an answer to nothing. The answer to all of those questions above is “nothing”. 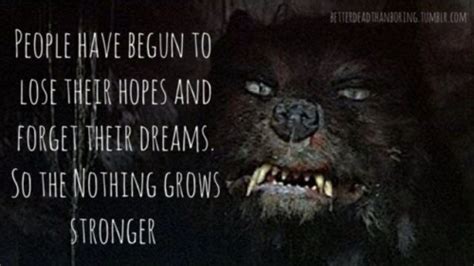 She contributes nothing. She’s got nothing to offer aside from slander and distraction. She has nothing as far as solutions go. She projects no notions of cooperation and cares nothing for olive branches. She represents nothing other than a divisive and continual descent into more nothingness for the community as a whole. 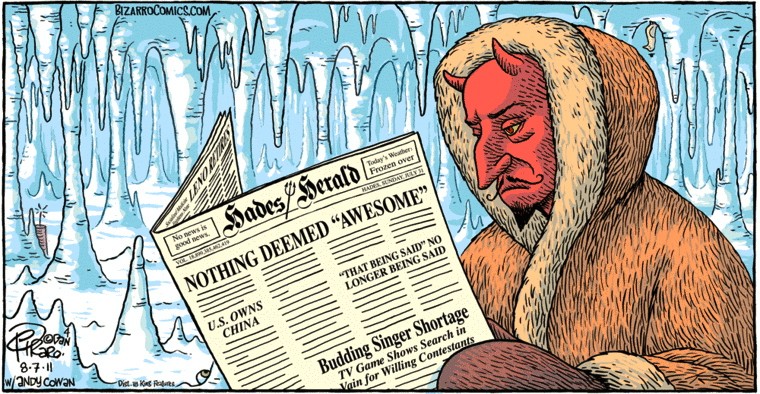 Her impact over the history of comics will be – NOTHING. A clown, a side show – better yet, a side note.

She cannot and will not debate or conduct herself in any way in good faith. She is a zealot. A zealot of chaos. 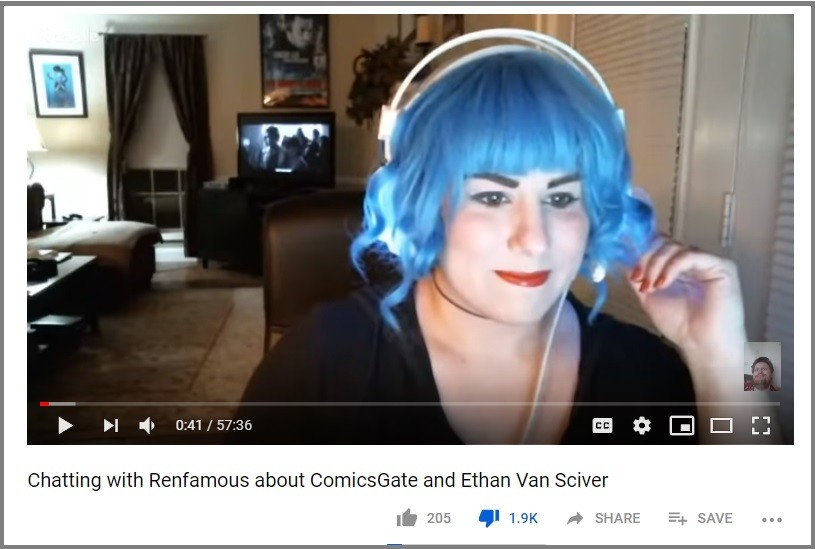 Zealots are the types you can’t bargain with in exchange for hostages.

They are the ones that really will blow themselves up to prove a point.

We had a bit of that last night. Her nothingness exposed.

The mainstream industry is encouraging and in all likelihood – has her salaried – for her “skillz”.

This much has been obvious to even the most casual observer since the Waid lawsuit began months ago .

I could not escape asking out loud – “Why are YOU here ?”

I said it before and I’ll say it again, there’s something deeply disturbing about watching someone strangling themselves – while they laugh at YOU –

I have a sad sad feeling that this all ends with Renfamous doing something truly horrible in order to fulfill her role as martyr to the industry she so desperately wants to be a meaningful part of. If it ever came to a point that she might even hurt herself to prove a point after all this, could she or her family count on those same industry pros and fancy lawyers who encouraged and supported her all along ? I doubt it.

So, it’s best to leave this unwell person alone and let those who are responsible for this mess take care of their friend. I fear that as soon as she’s outlived her usefulness to them however, they’ll simply drop her, disappear and things will be worse.

That does make me sad for her.

So, I hope you’re all happy now, it truly is as pitiful –  perhaps even more so than we imagined…

Can we just get back to making great books now? 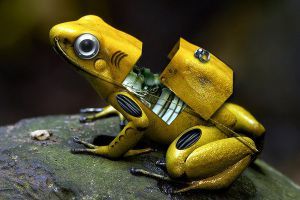 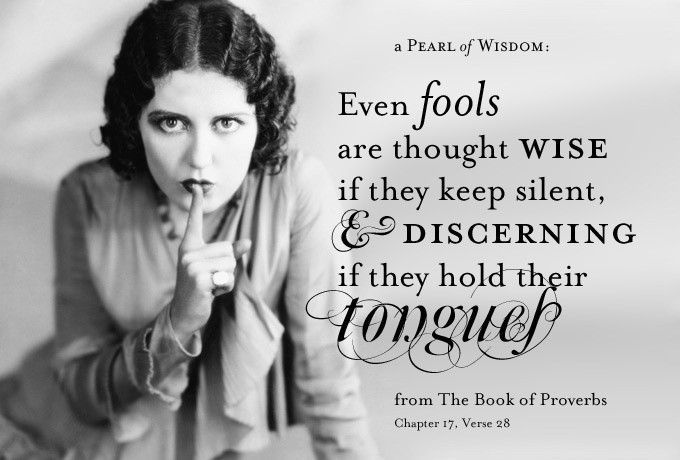