“Art has always been a major influence in our lives and our music. As kids we would read comic books that were full of heroes achieving the impossible. 30 years later, I would have never thought we would get a chance to tell our story this way,” says B Real.

Sen Dog adds, “The story of Cypress Hill in a graphic novel is the perfect way to illustrate the time and place where the group was born.” 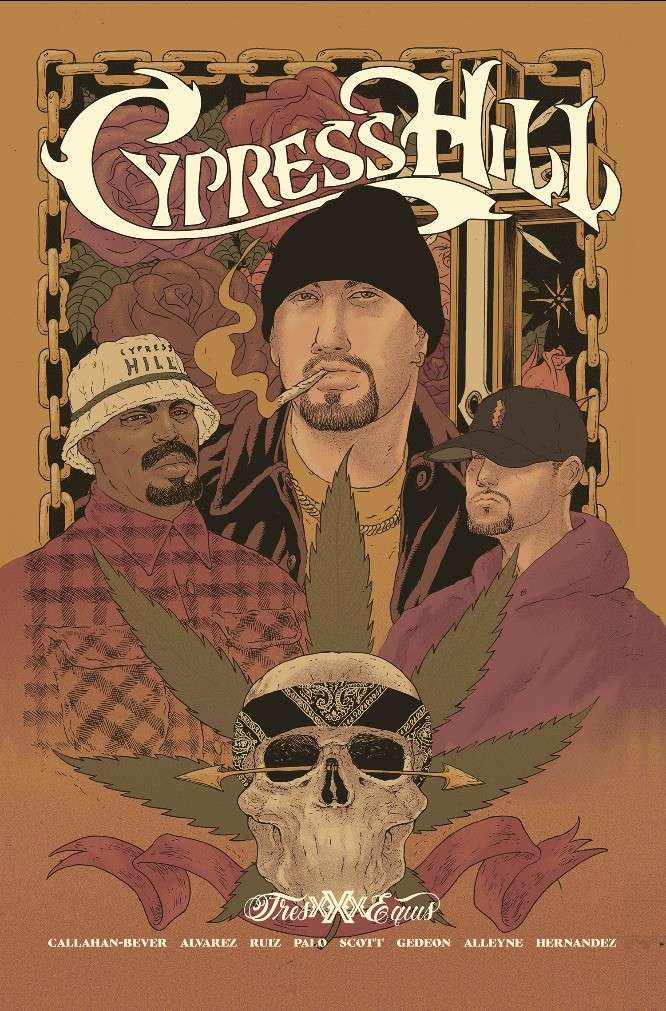 Gabriel Alvarez says “I’ve always loved Cypress and comic books so them together is like nacho cheese and chips, Cheech reunited with Chong, or tequila mixed with lime. It’s been fun re-connecting with Noah and every time I see the Cypress artwork I’m blown away. It’s incredible. I can’t wait to get my own copy. Thank you Z2 for making a dream come true. And thank you Cypress Hill for making some of the greatest music I’ve ever heard.”

“This is a dream project. Growing up I had two loves: comic books and hip-hop music. I’ve been fortunate to spend the last 25 years working around hip-hop, as a journalist and music executive, but never got the opportunity to realize my dreams of making a comic” says co-writer Noah Callahan-Bever. “So to get to scratch that itch—and to do it in collaboration with,Cypress Hill, one of the greatest rap groups of all time; and Gabriel Alvarez, one of my mentors from ego trip, as well as the all-star line-up of artists that Z2 has assembled—is undeniably a professional grail moment.”