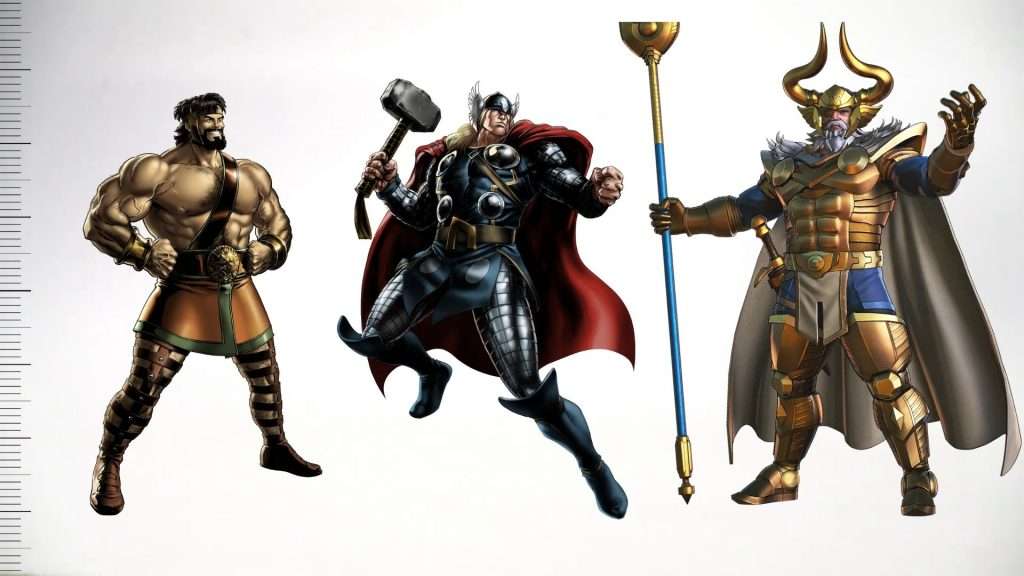 Height is usually not the first thing that comes to mind when discussing superheroes and supervillains. Still, among a large number of information people want to know about their favorite heroes and villains, height certainly pops up every now and then on different forums and websites. The editors of the portal Fiction Horizon have decided to make an article about the heights and average heights of your favorite superheroes and supervillains. The list included data on a total of 214 characters, 107 heroes and 107 villains, among which 52 were female and 55 were male (in both categories). This text is a short summary of their research so if you want to read more about the heights of superheroes and villains, follow the link.

DISCLAIMER: Their research included only those characters that have a defined height. Characters that don’t have a fixed physical body (e.g. Decreator, The-One-Above-All, The Presence) or those that constantly change their shape and size (e.g. Ego, Dr. Manhattan, Galactus) have not been included as the crew could not get any real numbers on them.

The data that Fiction Horizon has accumulated included mostly comic book characters, the majority of which are from Marvel and DC Comics, but they weren’t the only ones included on the list, as they tried to be as encompassing and diverse as possible.

For an even deeper dive on this subject, head over to Fiction Horizon!

My whole life, I have loved everything related to movies, TV shows, comics, books, and games. Hailing from a small country in Europe, Croatia, my goal has been to write about what I love and share it with others who are similarly passionate about their entertainment, and allowing for there to be mutual respect along with occasional disagreements.