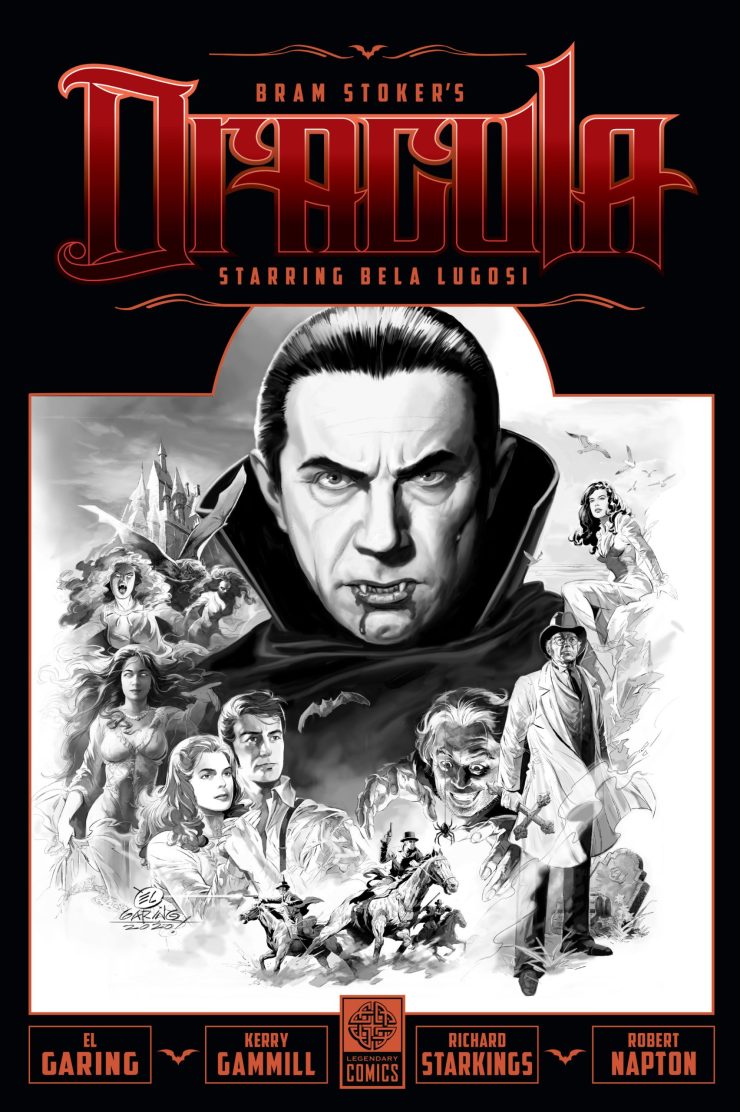 In the late 19th Century, Dracula, an ancient Transylvanian vampire, moves to England to find fresh blood and spread his evil contagion. There, he encounters two women, Lucy and Mina, who become the targets of his dark obsession. Aided by a group of brave men, Professor Van Helsing arrives on the scene to take on the Vampire Prince in the ultimate battle between the forces of light and dark!

Most notably, the titular character has been drawn by El Garing to look like Bela Lugosi, with the use of the late horror legend’s likeness being approved by the Lugosi Estate.

The graphic novel will release on Tuesday, November 3. Just a few days past Halloween…