The Role Automobiles Have Played in Comics The Toronto Star asked some comic fans what vehicles superheroes could drive. Here’s one amusing example, in what Invisible Woman/Sue Storm could drive:

“She can make these force fields for protection and safety, and the car she would drive is the 2021 Toyota Corolla, in white, because it is a bestselling car of all time, so it’s completely ubiquitous,” said Christmas. “She’d be completely invisible in the thing.

“No one is going to notice you if you’re in that car. The 2019 was the 2021 safety pick by the highway safety rating agency, so it’s right in line with her safety force fields,” said Christmas, who co-created the series “Angel Catbird” with Margaret Atwood.

In terms of noticeability, I’d say they overlooked one little thing: the Toyota Corolla’s got hatchback/station wagon variants, and something tells me she’d be more noticeable in those, because they’re more sporty looking, IMHO. And that’s probably stateside. But, a car that could also be suited for Sue Storm could just as well be the Citroen C3, which also gets a pretty good rating in Europe, as well as the C3 Aircross. 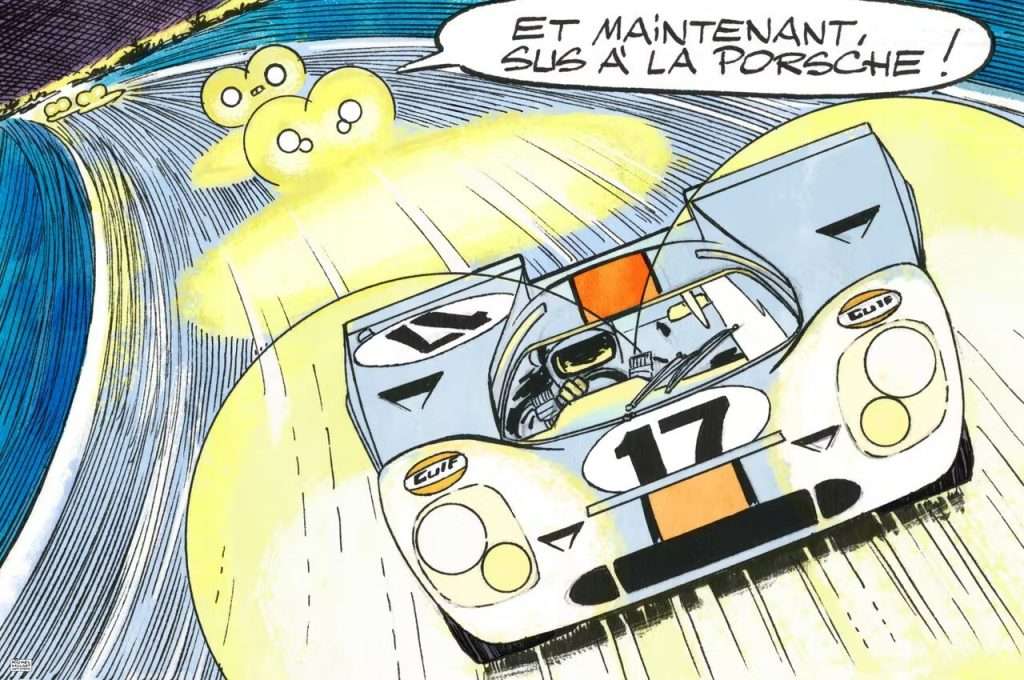 That aside, it brings up another little issue worth pondering: As the Hagerty auto website notes, European and Japanese comics are far ahead of USA/Canadian in terms of marketing stories centered on automobile and truck tales:

Action has always sold comic books in the United States, with the crash-boom-bang of justice-seeking superheroes creating a kinetic visual language that spawned not just a billion-dollar-a-year market for paper and ink, but a seemingly endless stream of multi-billion dollar movie franchises. And yet, despite the massive success of the Fast and Furious series alongside more traditional Marvel-sourced comic book movies, there has been relatively little cross-pollination from the screen to the page when it comes to depicting tales of cars and racing.

Car culture is seriously under-represented in American comics, with only a scattered handful of independents tackling the topic directly. Even major titles like Archie, set in a semi-timeless space defined largely by ’50s soda pop shoppe mores, typically employed the hot rods and jalopies driven by the main characters as more background dressing than subject matter.

Cast a gaze overseas, however, and you’ll discover a long-standing love affair between gear oil and comic geeks. The marriage has cultivated a number of critically-adored and hugely impactful graphic novel gems. More so than others, there are three countries outside of America that have had an outsized influence shaping automotive narratives in comics, each thanks to unique cultural circumstances that favor particular comic book traditions over the superhero genre. 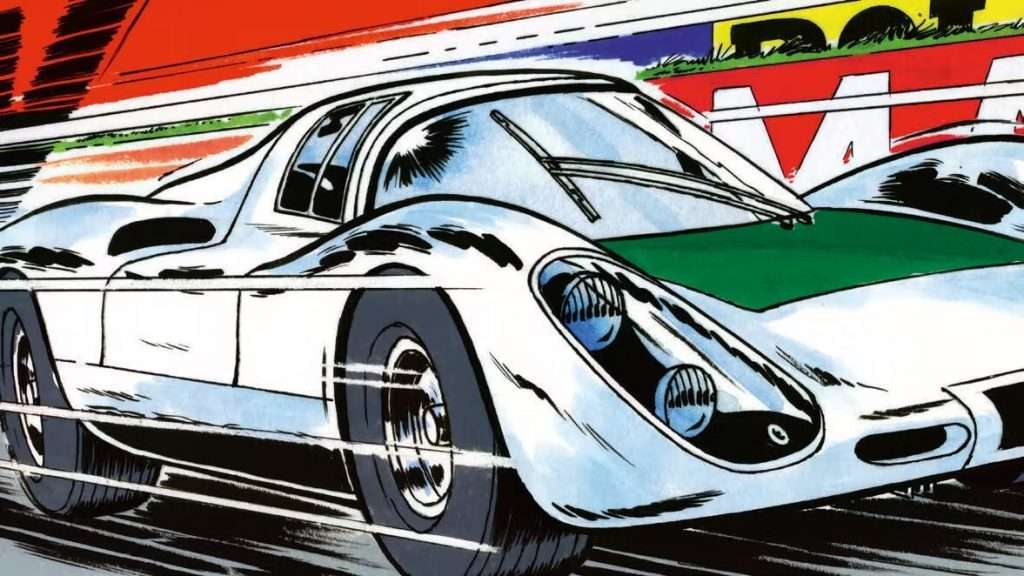 Those countries are France, Belgium and Japan. And one of the most famous adventures created decades ago, centered around car racing, was Michel Vaillant:

It was from this crucible that the world’s most successful racing comic book was born. In 1957, Belgium’s Le Lombard published a new series from French writer and artist Jean Graton titled Michel Vaillant—the name of a man considered (within the universe of the comic book) to be the best talent in motorsports. Le Lombard was responsible for the wide-ranging Tintin magazine where Vaillant made its debut, and Graton’s art style and prose-heavy narrative made it a natural companion to the work of Hergé (the pen-name of Tintin’s creator, Georges Prosper Remi).

It wasn’t long before Vaillant’s on-track exploits had graduated from magazine strips to hardbound volumes of their own, where French and Belgian fans devoured the adventures of driver Michel, his Vaillante (translation: Valiant) family racing team, and his American driving partner Steve Warson. The books tackled series as diverse as Formula 1, Le Mans, IndyCar, and world rally. The action was set on real-life tracks familiar to any fan of motorsports competition, with the cars and racing faithfully depicted. Popular drivers (including Gilles Villeneuve and Didier Pironi) even made cameo appearances in several volumes, further tying Michel Vaillant to the automotive icons of its era.

“There was no better, more entertaining way to learn about the racing world,” says Michel Crépault, veteran automotive journalist and BD expert. “Jean Graton visited each track to make sure what appeared on the page was as realistic as possible. Jacky Ickx was a recurring character in several volumes, and Alain Prost even said that reading the adventures of this not-so-fictional driver helped lead him to his own F1 career.” 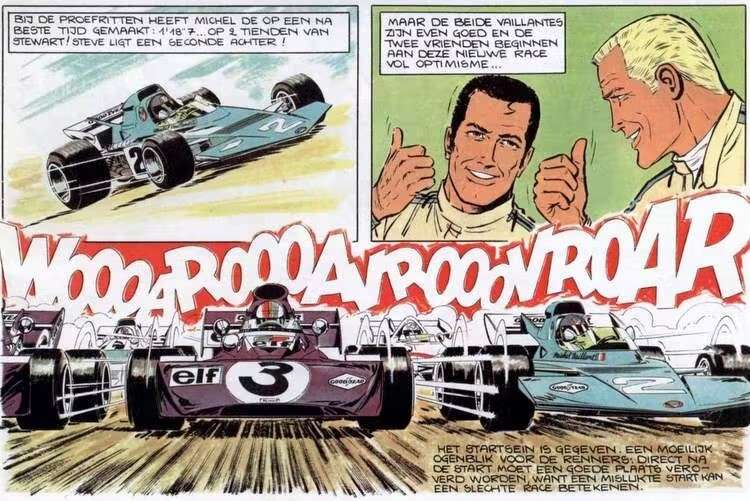 If you’ve ever seen autos and trucks in comics illustrated to resemble existing models in real life, Michel Vaillant may have been one of the earliest places to find it done. IIRC, Roger LeLoup’s Yoko Tsuno was another example, as I may have once seen a Ford Mustang illustrated into a story there. You could see it being done on occasion in USA/Canadian comics too over time, and Japanese manga/anime have also put the idea to serious use:

In Japan, the genres spanned by manga include everything from children’s stories to science fiction, domestic drama, and erotica. With such a mainstream reach, it’s no surprise that manga has also long celebrated car culture, a subject almost as important to that country as it is in the United States.

Three automotive manga series in particular stand out, two of whose titles need almost no introduction. Almost every American is familiar with Speed Racer, based on a manga called Mach GoGoGo that first appeared in 1966 chronicling the titular driver’s global racing escapades (and a work that has lead to multiple adaptations in television and film). This was followed by the almost-as-popular Initial D, a drift-focused story of a Toyota AE86 Corolla-owning tofu delivery driver. Initial D spread across 48 original volumes as well as a vast array of cinematic, small screen, and even video game adaptations. 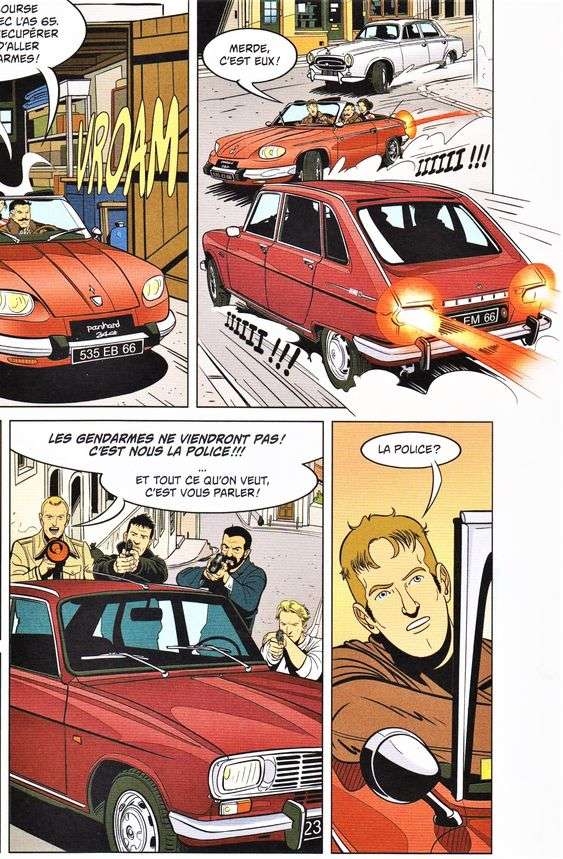 These are all fine examples of foreign comics focused on automotives, but the way most mainstream marketeers sell comics is exactly why you’re unlikely to see many stories centered on suspense-via-racing, and chasing, recalling a Punisher story from 3 decades ago where Frank Castle was in pursuit of some carjackers. As they mention, indies have given more insight to automotives than mainstream ever have. But as for European comics drawing the attention of USA audiences, they’re unfortunately behind manga:

Unlike BD, manga has managed to make significant inroads among American comic book readers, particularly the fast-growing young adult demographic. It’s no surprise, then, that automakers have increasingly turned to manga and its on-screen counterpart, anime, as marketing materials.

[…] The limited translations available for BD, outside of heavy-hitters like Tintin and Smurfs, make that genre less likely to crack into the global mainstream with another racing-focused title. Manga is another story, and it continues to break sales records in the United States, thanks in large part to its ability to hook readers young and then carry them into adulthood with its extended storylines and accessible pricing.

Yes, I do wonder what’s so special about Tintin and Smurfs that nobody wants to give other French/Belgian titles a serious chance? It wouldn’t happen to be due to the questionable political metaphors in the latter, would it? Of course, political correctness is unfortunately a problem in Europe too, one of the reasons we may not see many authors able to make inroads to the USA market. Which is a shame, naturally, and it’s certainly a shame if the audience won’t give a BD like Michel Vaillant a chance they will for manga books like Initial-D. For now, what matters is marketing, and Japanese publishers have proven far more resilient in figuring out how to sell their stuff stateside. It’s also because Japan’s not always PC themselves, though they’re obviously not invulnerable to PC either, if they don’t remain vigilant. 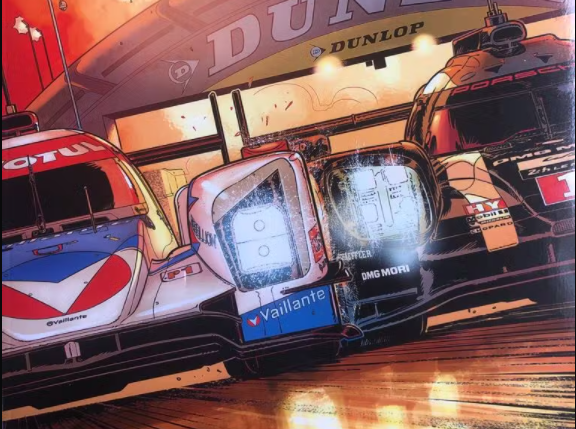 Automobiles can certainly play a good part in comicdom, if the story is written and illustrated well. But the slapdash approaches to marketing by USA publishers is exactly why they won’t get much mileage in that regard.