The REAL Captain Marvel Was True to the Marvel Ideal

One of the key elements that made Marvel comics so enjoyable was that you could relate to the characters. They were flawed, just like you and me. They had the same problems. You didn’t see much of this in DC comics. Their heroes were infallible for the most part (and was neatly acknowledged by Kurt Busiek in the Avengers/Justice League four-issue crossover event from the early 2000s).

The early Marvel films made use this necessary component. Tobey Maguire’s Spider-Man had all the issues associated with Stan Lee and Steve Ditko’s comicbook version. Robert Downey Jr. was cast perfectly as the morally ambiguous Tony Stark. Etc. 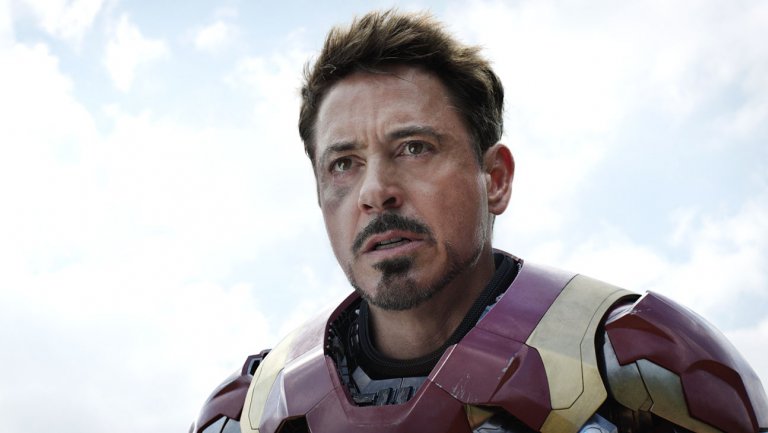 Early word on the new Captain Marvel has it that, in order to present some sort of feminist “ideal,” this (new) female version of the character is flawless, and not in just her physical appearance. Such characterization would cause Stan Lee and other early Marvel Bullpenners to roll their collective eyes. As National Review’s Kyle Smith writes,

Just to be completely, unerringly, let’s-bubble-wrap-the-universe safe, [directors Anna] Boden and [Ryan] Fleck decided to make [Carol] Danvers stronger than strong, fiercer than fierce, braver than brave. [Brie] Larson spends the entire movie being insouciant, kicking butt, delivering her lines in an I-got-this monotone and staring down everything with a Blue Steel gaze of supreme confidence. 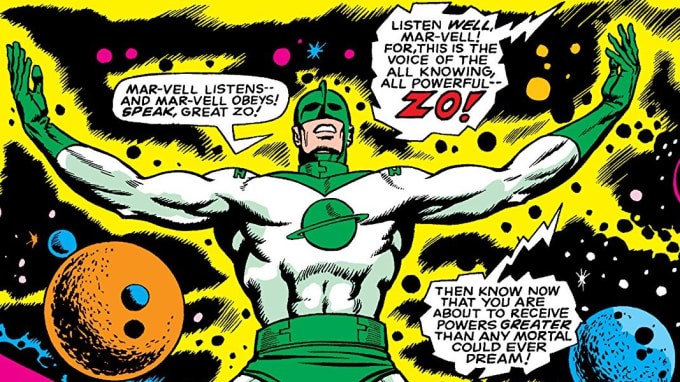 Of course, the original Captain Marvel tales were written in mighty Marvel manner. Debuting in the pages of Marvel Super-Heroes (#12) in 1967, Captain Marvel, or Mar-Vell, was, well, first off, a man and born a member of the Kree race. The captain and a detachment of Kree journey to Earth to clandestinely observe the planet, in order to determine whether it soon could become a threat to them. Not only does Mar-Vell have to deal with the unknown on Earth, his immediate superior, Yon-Rogg, has his eye on medic Una — Mar-Vell’s squeeze. Almost to a fault does Yon-Rogg keep trying to rid himself of Mar-Vell by giving him ever more dangerous missions in the hope that he won’t return.

During his time among humans, Mar-Vell realizes we aren’t as bad as the Kree think we are, despite the fact that our technological growth is proceeding at a breakneck pace. Much to Yon-Rogg’s dismay and to that of many other Kree highers-up, Mar-Vell vouches for humanity, and even becomes enamored with a certain Cape Canaveral security chief named … Carol Danvers. Stan Lee and artist Gene Colan’s issues, in particular, are sensational in demonstrating Mar-Vell’s conflicting emotions and loyalties, especially keeping his anger in check around Yon-Rogg so as not to give the colonel the excuse he needs to get rid of him. 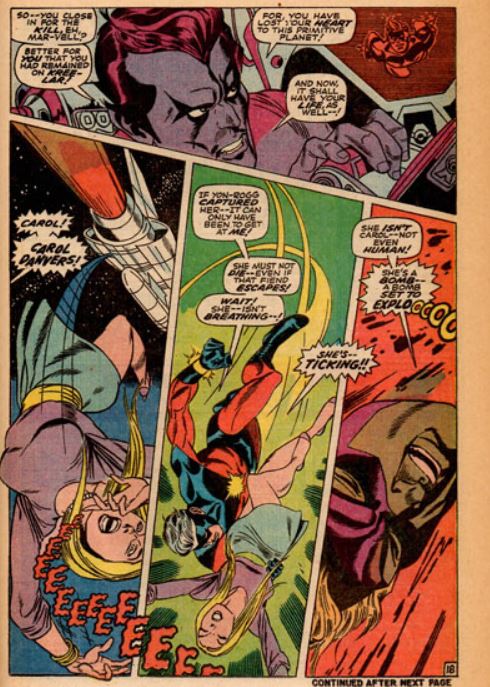 That’s not the only mark missed by the new film. The only thing recognizable about the Kree are their uniforms and some of the character names. Jude Law’s Yon-Rogg, for example, is nothing at all like his comicbook counterpart, scientist Walter Lawson is now Wendy Lawson (girl power!), and a different Marvel comicbook Captain Marvel (Monica Rambeau) gets sort of a nod via pilot Maria Rambeau. But worst of all, despite the quality of special effects these days, the Kree Supreme Intelligence is shown merely as a humanoid Kree (Annette Bening).

Furthermore, Bening’s Supreme Intelligence tells Larson’s Captain Marvel that the Skrulls are threatening Earth and the Kree Empire itself. There’s no mention of just how the Kree Empire came into existence in the first place: via the technology of the Skrulls. As seen in Avengers #133-135 the Skrulls offered the two races inhabiting the Kree homeworld of Hala — the Kree and a plant-like race called the Cotati — a chance to advance technologically. The Cotati end up winning the Skrulls’ favor; however, the now-highly pissed off Kree end up killing the Skrulls present before them, and commandeer their spacecraft. Over the course of decades they reverse engineer the Skrulls’ technological secrets, and soon become their interstellar rivals. 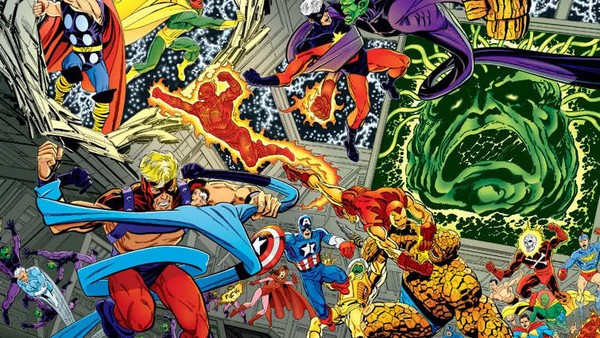 Forty-plus issues prior (but in the chronological future, Marvel time) the classic “Kree-Skrull War” saga raged in the pages of The Avengers (#89-98) and features the return of Captain Mar-Vell (now a Kree exile). Roy Thomas, Neal Adams, and John and Sal Buscema expertly weave Earth’s Mightiest in with the Kree and Skrulls, the Inhumans, SHIELD, and even the Fantastic Four. 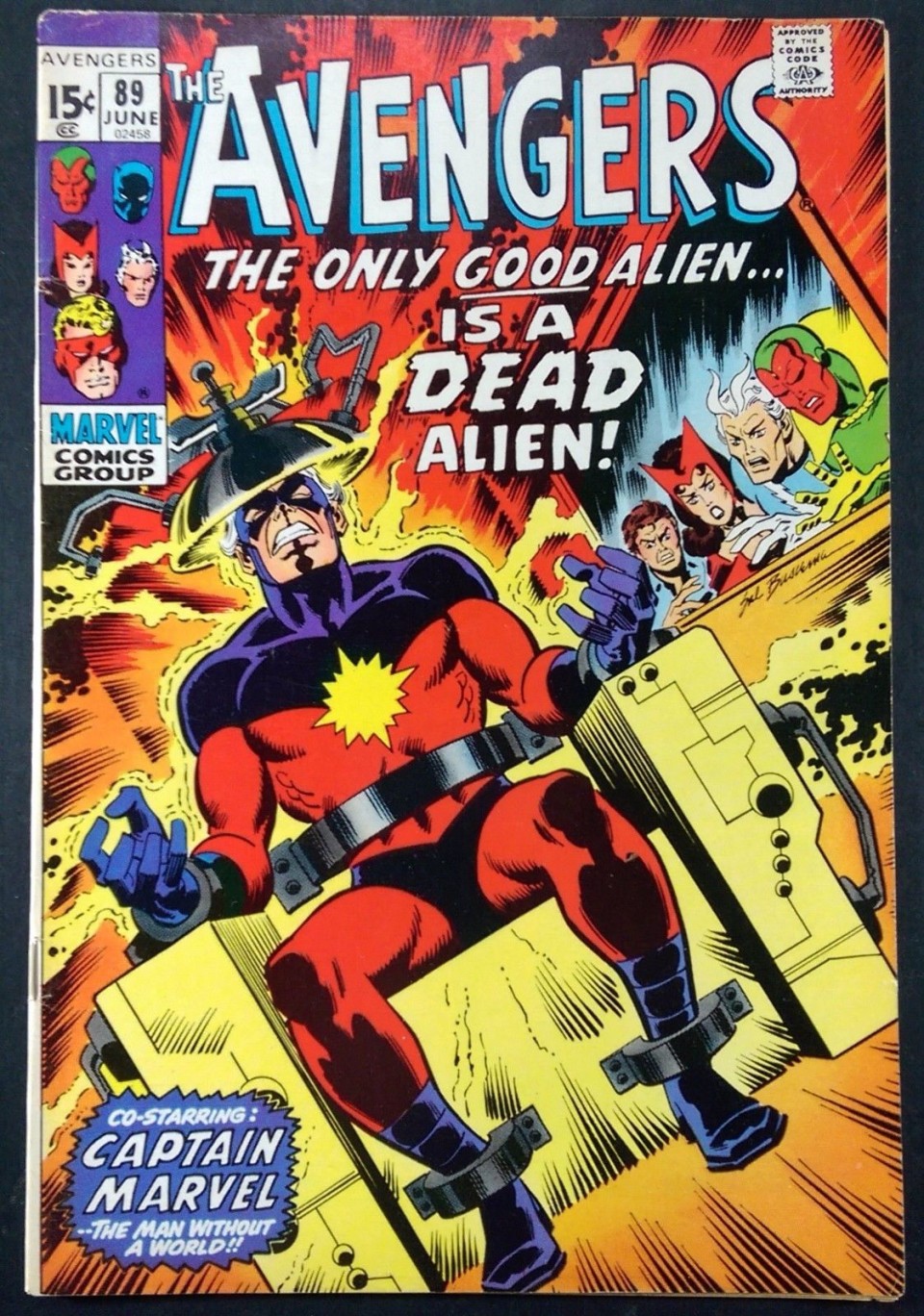 But don’t take my word for it. Seek out these tales yourself!