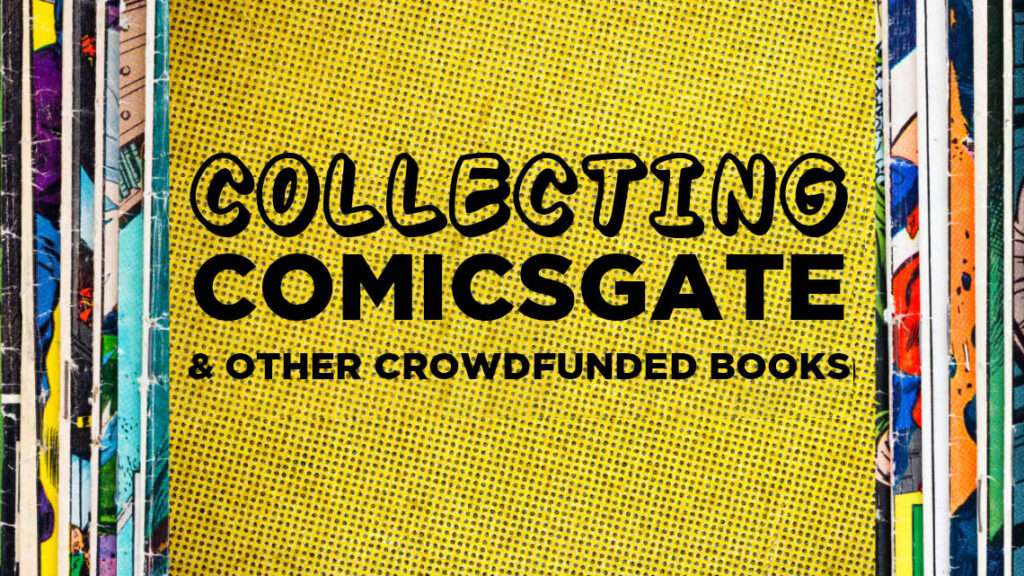 As mainstream comic book publishers are rapidly losing customers, whether by rehashing old storylines and events, using way too many sales gimmicks, or leaning heavily into divisive identity politics, more and more comic aficionados are turning to self-published indie comics and contributing to those creators’ crowdfunding campaigns.

At Bleeding Fool, we’ve seen tremendous increase of support and responses to our weekly Indie Comics Showcase which regularly features crowdfunding and self-published books by creators who are making truly independent comics – not simply moonlighting at Image or BOOM! Studios, or other failing “indie publishers”. While many of these creators are clearly amateurs who still need to work on their craft – or their business acumen, many others are former comics professionals that either left the “big two” of their own volition, or were forced out due to politics or ageism. Even still, the majority of these indie creators are effectively unknowns, and are trying hard to make a name for themselves in the self-publishing crowdfunding scene.

While we do our part to signal boost these books and creators, there are a growing number of other platforms who are lending a hand in their own way, and filling a niche that mainstream news outlets and marketing teams have ignored, overlooked or outright dismissed.

One of the first such outlets into the breach was Indiecron, a platform where indie creators can submit their independent comic campaigns for tracking and promotion at no cost. Launched by programmer/artist Pixel Traitor in the summer of 2018, IndieCron has a simple interface and clear countdown for current campaigns which is helpful for anyone looking to back a comic related campaign so they can easily find what they’re looking for and also track how that campaign is doing.

IndieCron quickly became the go-to location for many fans to find the latest campaigns and plan their contributions. While initially focused on supporting the Indiegogo platform, IndieCron expanded its tracking to include Kickstarter campaigns in January 2020. To its credit, in February 2021, IndieCron was presented with the “IndieVolt Innovation in Crowdfunding” award, at the 2021 Independent Creator Awards (ICAs) ceremony. Since the beginning of its 2018 launch, the platform has referred nearly $300k in contributions to Indiegogo campaigns (Kickstarter currently doesn’t provide referral metrics).

While IndieCron isn’t exclusive to ComicsGate related campaigns, a similar, but less robust website that does restrict its listings to CG is CreatorGo’s CG Tracker, which was launched a few years ago. CG Tracker not only links to campaigns, but keeps a running total on ComicsGate related and adjacent crowdfunding campaigns, displaying an impressive $12M+ total funding tracked in ComicsGate related crowdfunding campaigns (since 2020). They also calculate an impressive $1.3M in the first month of 2022 alone. This information counters the narrative that ComicsGate has been unsuccessful. CG Tracker currently only tracks Indiegogo campaigns, which means their totals do not include other platforms such as Kickstarter, so the earnings total displayed on the website is certainly even greater that what they list.

The metrics show that ComicGate, the ever-growing movement of independent, fortune-hunting, non-conformists, has found an insane amount of success in the crowdfunding realm. And with so many veterans of the mainstream comic book industry aligning themselves with the ideas and philosophy of the movement, the hashtag itself is filled with intriguing, professional level projects, along with the requisite and expected amount of angry detractors. With well-known, former pros like Ethan Van Sciver, Art Thibert, Graham Nolan, Jon Malin, Dan Fraga, Shane Davis, Chuck Dixon, Mike Baron, Dale Keown, Aaron Lopestri, Adam Smith, and several other comic book veterans associating with the movement, more and more Youtube channels have popped up that regularly devote time appealing to the CG faithful, whether it’s through the means of livestreams, interviews, reviews, or entire channels being launched by the CG creators themselves.

So many of these indie friendly YouTube channels and shows have cropped up over the past few years, that Dojo Kun Comics creator Brian Menard put together a CG Guide, which is a Sunday through Saturday weekly viewing guide for all the ComicsGate dedicated programming on YouTube that he’s been following. At first it was useful for him to keep up with the shows, but he recently made it available to everyone.

“I was on the YouTube circuit shilling my own crowdfunding campaign for Siamese and I’m the kind of person that keeps spreadsheets on everything to stay organized,” Menard explains. ” I had been on 80 shows and realized that would be a great list for someone else to use if they were shilling their book too.” The schedule of shows is posted on the Dojo Kun Comics website, and includes as many shows as he was aware of, and a few that are CG-adjacent, as long as they keep a regular schedule. Brian told me that any CG affiliated programs not found on the guide are probably only missing “because I don’t know about the schedule and no one has given me the details.” Shoot him a message if his extensive guide is missing anything you feel he should add.

Given that mainstream comics news websites have seemingly conspired to ignore these projects and channels, many comic book enthusiasts don’t hear about these campaigns in time, or at all. So Michael Bancroft, creator of his own comic The Lucent, launched a website for anyone that may have missed getting in on an active campaign for any of those enticing ComicsGate books.  As long as the book is available somewhere online, CGNow.net is a “two-stop shop” for ComicsGate comic books and graphic novels beyond their crowdfunding campaigns. Since the campaigns have already been fulfilled, the books should be ready to ship without any wait, hence the name “CG NOW”. 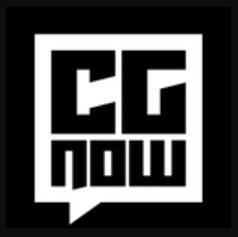 “It’s made to look like a wall of comics at your LCS, but I think of it more like a directory,” Bancroft explains. “Every book on the site links directly through to a webstore, an eBay listing or an Indiegogo InDemand page where the book in question can be bought and shipped out right now.” CG Now has taken every post-campaign available outlet for ComicsGate-related projects, and sourced them all on one website.

“The goal of CGNow is to make buying CG books more accessible and convenient,” Michael continues. “There are lots of people who discover CG, like what they see, and want to start buying books. Many of them have never backed a crowdfunding campaign, so the idea of paying a premium to wait months for a book is very foreign to them. CGNow is a where they have access to over 50 titles from dozens of creators all in one convenient place.” 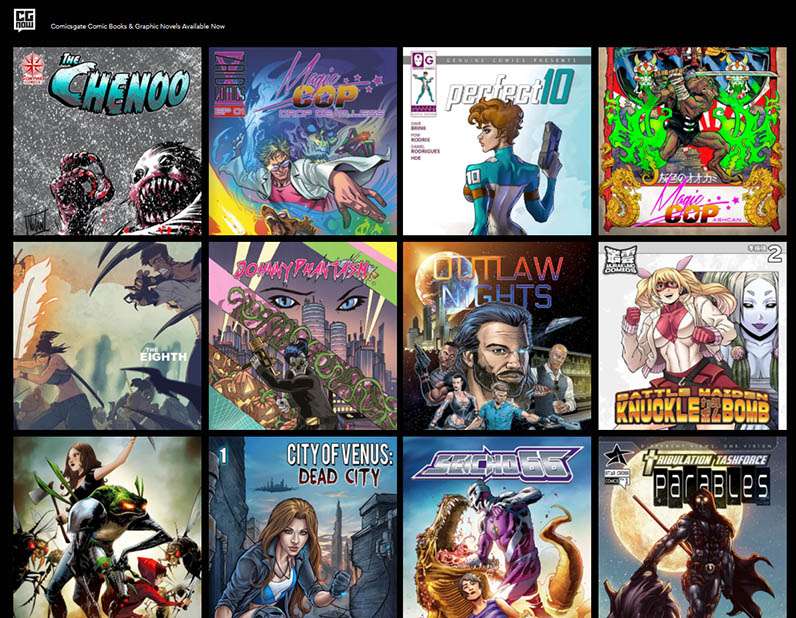 Since the mainstream press has seemingly conspired to ignore these projects, other websites have risen up to fill that gap. While websites like Bounding Into Comics, Critical Blast, Cosmic Book News, and of course Bleeding Fool, regularly devote space to ComicsGate related news and ancillary projects, (without labeling it a “hate group”) websites like ComicsGate.org has devoted itself entirely to the movement, from publishing the latest news, sharing links, cross-posting content from Youtube channels, and just about anything related to any and all ComicsGate creators.

In its simplest terms, Comicsgate.org is an unofficial listing of more than 200 CG creators and YouTubers who hashtag #Comicsgate on Twitter and/or promote CG projects on their Youtube channels. This information is manually added by Robert Romano and his team, but once that info has been inputted the site is designed to serve up videos and projects automatically.

“If I miss a CG creator, they can register on the site at comicsgate.org/register, […] CG needed technology just to keep up with it, and so I built it,” Robert adds. “I’ve always loved comics and have been reading off and on again since 1993. As a teenager I eventually made my own comics and then spent a few years in art school.”

Romano started the site back in November 2019, originally out of concern that nobody seemed to be actively protecting the “ComicsGate” name. Pretty soon, the project grew into a more exhaustive website featuring creator profiles, videos, projects links, comic work listings, and more content that regularly auto-posts to Facebook, Twitter and Parler, along with a twice-daily newsletter that anyone can subscribe to here.

Finally, I want to mention our very own Indie Comics Showcase series again, which was first conceived by contributor John Lemus. ICS is a weekly column where we interview indie creators, show off some pages from their current project, and tell our readers how they can support their active campaigns or pick up the books. Any creator out there who is currently gearing up their own campaign, or better yet just launched one, are invited to click here to get your own interview featured in our weekly column.

What are some other great sources for the crowdfunding and self-published indie comics creators? Please share those sources in the comments below! I may update this article to include them.

I have 126 Subscribers on #Substack

Its Free Newsletter! Every Friday there is: a Crowdfunding Campaign Spotlight, a Youtube Channel suggestion and an update on Humphrey!