The Importance of the Superheroine’s Mother

Apropos of a recent conversation in this space, by sheer chance, I came across this scene in AVENGERS INFINITY (2000) #1.

Here we see the Miss Monica Rambeau, aka the real Captain Marvel (the one who bore the name, in other words, when I was young, back when Carol Danvers was called Ms. Marvel). She is the daughter of an ex-fireman. She is being called off reserve status for emergency field duty out around Rigel. Mrs. Maria Rambeau, her mother, attempts to halt the call. 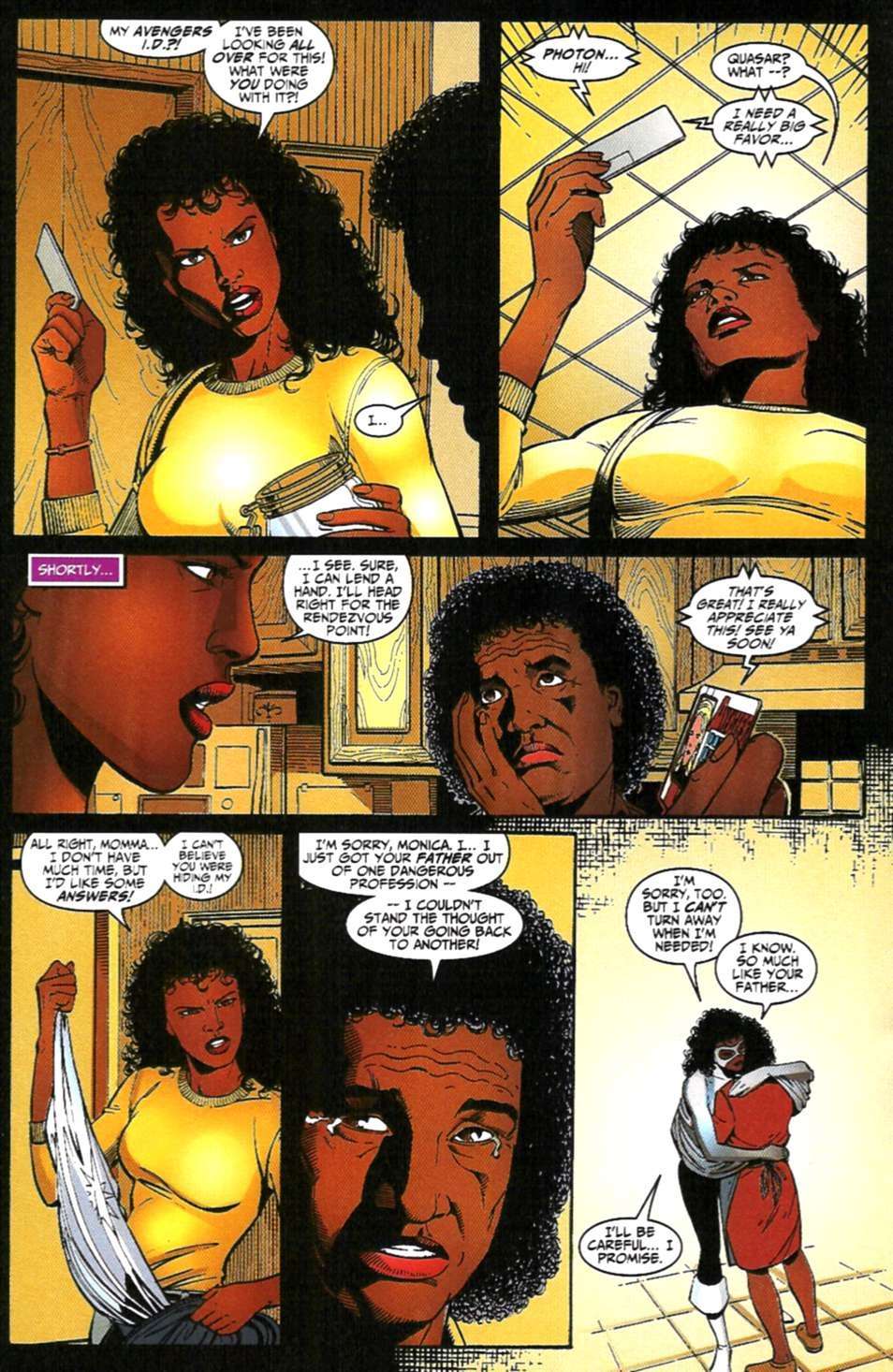 In case the gentle reader cannot read the word balloons, I will sum up: the young heroine’s mother does not want her daughter exposed to the danger of superhero work, especially since, after a lifetime of worry, her husband finally retired from the fire company, and into a line of work less fraught with peril to life and limb.

So many a writer, even in as lighthearted as genre as superheroics, at least pays lip service to the risks involved being a masked crimefighter.

So the relatives of crimefighters do worry — except for Batman’s parents, because they are dead, murdered in cold blood before his helpless childhood eyes! It would be enough to turn a fellow into a crazed, grim loner obsessed with vengeance at all costs.

Good thing Ma and Pa Kent raised their boy rightly. If Clark had lost his parents to crime, and gone dark, and changed his name to something more like SOVEREIGN or SUPREME MAN, we would all be his loyal subjects by now.

Of course, on the other hand, his whole planet was blown to bits. On the third hand, he was a baby and remembers none of that, and so suffered no trauma.

On the fourth hand, his cousin, Supergirl, was a teenager when she survived the obliteration of her entire civilians, family, school chums, first crush, record collection, fluffy pet zxyxyl-beast and all. (Poor zxyxyl-beast! Streaky the supercat is no substitute!)

And when she got to Earth, and tearfully asks her cousin if she can live with him and the Kents in a house filled with warmth and love, Supes curtly says no,  that wouldn’t work, but stuffs her into an orphanage. What a jerk. 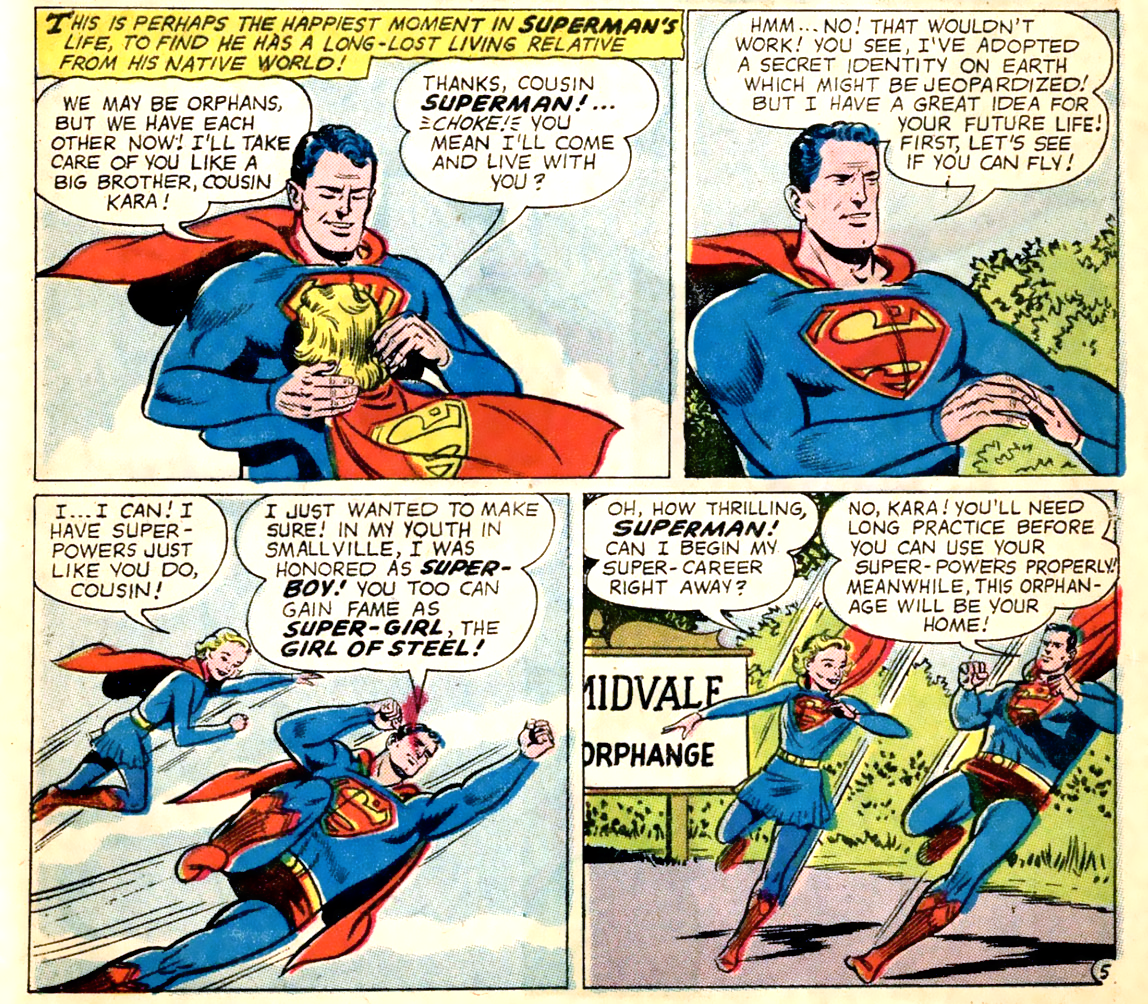 So I assume she one day soon will snap, go dark, dress in black, and go on a rampage, and Batman will kill her with his kryptonite-edged laser batarang he keeps in the bat-cave just in case of that eventuality. So sad a fate! 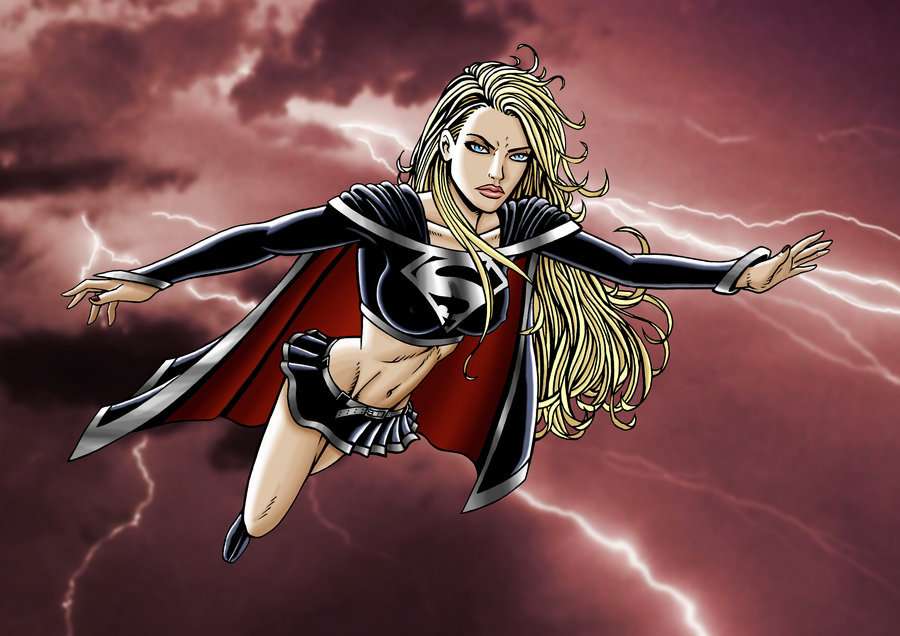 So, important safety tip for all superhuman vigilantes: make sure you are raised with a good homelife! Have your kindly but widowed Aunt May raise you, not Sportsmaster, the evil sports-themed hit man!

If you are Damian Wayne, avoid the questionable moral environment of being raised by the League of Shadows as a disciple of Ra’s-al-Ghul! A happy childhood in the dank, creepy, vermin-infested cave and weapons lair of the vengeance-obsessed billionaire vigilante dressed like Die Fledermaus is a far more wholesome surrounding.