The Best of DC’s October Solicits

Normally, I am pumped for solicitations. I like knowing what books and story arcs are coming out and when they are coming. I especially get excited for DC because I read more of them and they actually have set dates months in advance. But this month was different because at San Diego Comic Con this past weekend, DC revealed that books like Shazam and Three Jokers were beginning in November. And other books were beginning afterwards.

Fast forward to Monday, and the October Solicitations are out and there were more surprises and goodies than I previously assumed there would be. Here are my thoughts about the October solicitations and which announcements I am most excited for. 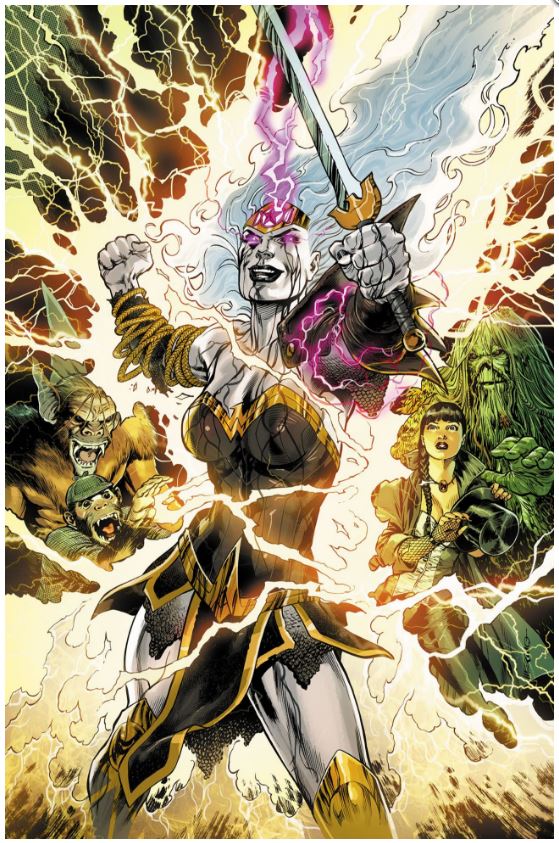 A DC Event, for a little while, was a rarity. Now they’re coming out with some frequency, but not enough to burn out DC’s readers, and just enough to actually be exciting. One of the new one’s DC revealed in the solicitations fits the bill perfectly.

That’s the five-part, weekly event the Witching Hour. The story is bookended with a pair of one shots that feature tie-ins with Justice League Dark and Wonder Woman. Each book is written by DC’s foremost expert of all things creepy, James Tynion IV.

Info of the first one shot titled Wonder Woman and Justice League Dark: The Witching Hour #1 from DC:

“Just in time for Halloween, it’s “The Witching Hour,” a five-part weekly event that will rewrite the future of DC’s magical heroes! Hecate, the witch-goddess of magic, always knew a day would come when the monsters she stole her magic from would return. Now she must activate the Witchmarked, humans within whom she secreted vast stores of power. And the most powerful of the Witchmarked? Wonder Woman!” 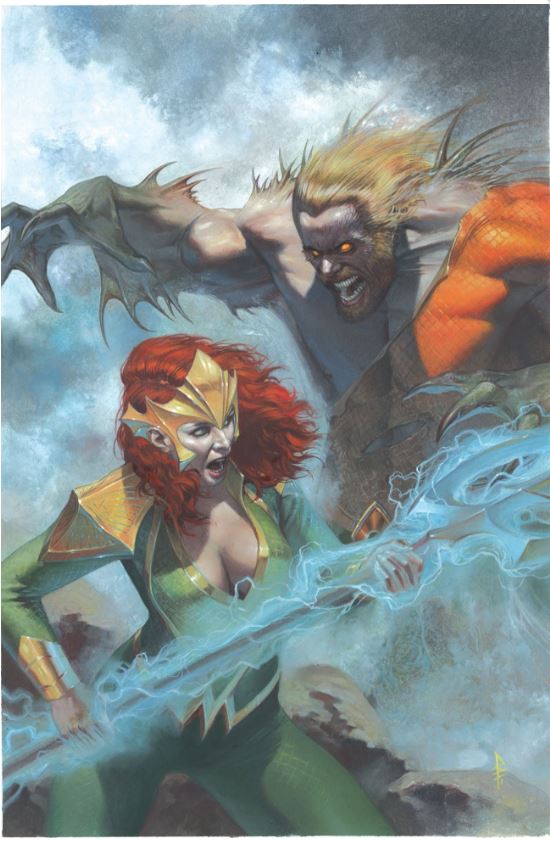 DC isn’t just running one event in October, they’re also building to a new one titled Drowned Earth. Aquaman, Justice League and Titans each have books in October labeled as the Road to Drowned Earth. So it looks like DC is going with a slower build up for this event.

As the name implies, this story is centered around Aquaman. And it’s about time Aquaman and Atlantis takes center stage in a Justice League book. Since Rebirth began, he’s mostly been a background character.

Although the first book solicited as part of the Road to Drowned Earth Is Justice League #9, the earliest book with a solicitation that describe the story is Aquaman #41:

“From the pages of JUSTICE LEAGUE, the road to “Drowned Earth” starts here! Aquaman is missing—and the world has gone to hell! With Arthur imprisoned by Black Manta, Queen Mera is left to deal with the arrival of an alien armada aiming to punish the Earth for the sins of Atlantis. As the cosmic tides begin to rise, Mera finds herself in a fight for her very life when the flood unleashes new horrors of the deep!”

Only question I have now is, does this story relate at all to Aquaman’s crossover with Suicide Squad that begins in August? 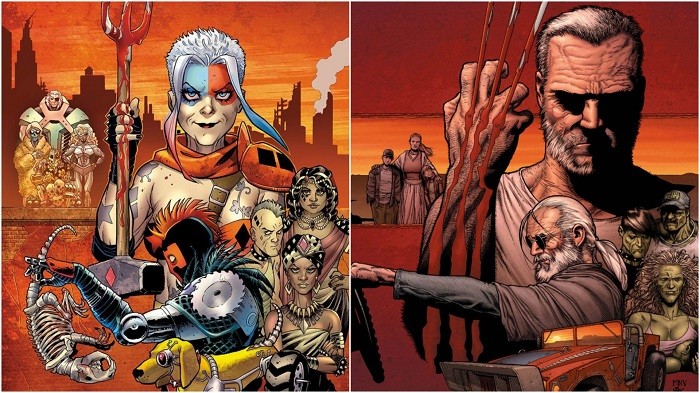 Yes, Old Lady Harley is on my good list. Why is a shameless rip-off of Old Man Logan and Old Man Hawkeye on my good list? Because it’s clear that DC smells blood, Marvel’s blood. Just like New Age of DC Heroes was a shot at Marvel’s lack of publishing Hulk, Fantastic Four and a few other books the way fans want them, Old Lady Harley is clearly a shot at Marvel adding to their stale “Old Man” gimmick. It’s capitalism at its funniest. I love it. 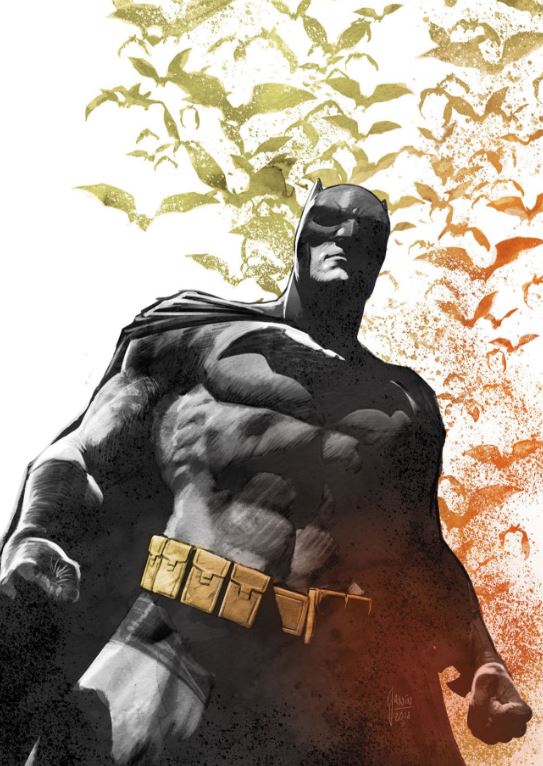 Tom King looks to get back in readers good graces with a story starring KGBeast that just looks like a quick, action-packed, brutal war. No more wedding planning or other unwanted nonsense. It’s just Batman versus KGBeast. And according to the solicitations, Batman is showing shades of his post Death in the Family rage.

“The Dark Knight’s looking to drop both the hammer and sickle on the KGBeast, whose rampage across Gotham City takes a toll on Nightwing when he’s injured in the fray. Blaming himself for his ward’s fate, Batman gets grimmer than usual—and vows to take the Russian assassin down like the Berlin Wall. Is even Gotham City ready for that much violence? The streets will run red like borscht if the Dark Knight gets his way against this Soviet scourge.”

But It’s going to take more than solicitations to get me really fired up. Until then, I’m cautiously optimistic and this announcement is going in the okay category.

As I mentioned earlier, the New Age of DC Heroes was just a shot at Marvel. I loved the idea, but the execution wasn’t great. The characters being based on Marvel characters weren’t the only similarity. DC also sought to replicate the Marvel method by putting artists in control of the stories while writers just added dialogue.

The line wasn’t as successful as DC probably expected. I think many didn’t understand the idea behind it. Some stories were also just okay, there was nothing spectacular. But it looks like DC is going to try to breathe new life into the New Age and the books with the solicitations. For the first time since the line began, the writer is named before the artist. This likely means that the writers are now creating the scripts and coming up with stories.

While I personally like Damage and the Curse of Brimstone, two of the more criticized books in the line, I can see how them and other New Age stories have been underwhelming (Besides The Terrifics). With writers like Robert Venditti, Scott Snyder, Dan Didio and Dan Abnett working on the New Age line, the books should see an increase in quality. 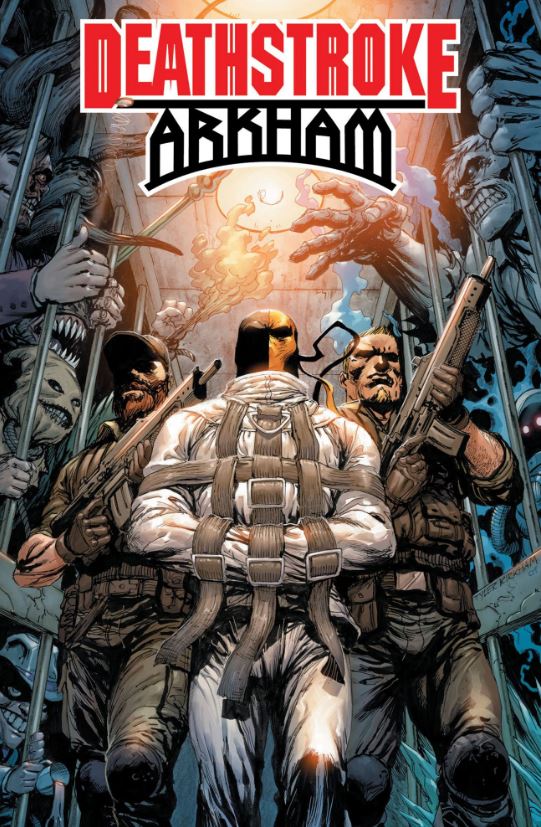 I like what Priest is doing with Deathstroke. I have since the book started two years ago. This event within a single-series format is producing fantastic results. Deathstroke: Defiance was a great story that was not only a good character piece for Slade Wilson, it also turned Wallace West into a lovable character and made readers want to see more of Slade’s family.

The came Deathstroke Versus Batman, which is still going on. The over-the-top, one-upmanship by Batman and Slade is entertaining. As is the banter between Alfred and Wintergreen. But more importantly, the book has readers invested in the question of who Damian’s father really is.

Now we get Deathstroke: Arkham. And all of the possibilities of Slade Wilson being housed with people like Zasz and Professor Pyg. Sign me up.

“Deathstroke: Arkham” starts here! After being declared criminally insane, Deathstroke is committed to the infamous Arkham Asylum! It isn’t long before the hunter becomes the hunted as Slade, powerless and weaponless, is targeted by some of Gotham City’s most wanted. But after initially mocking and contravening the system meant to help him, Deathstroke learns that his only hope for survival may be to confront his own inner demons.” 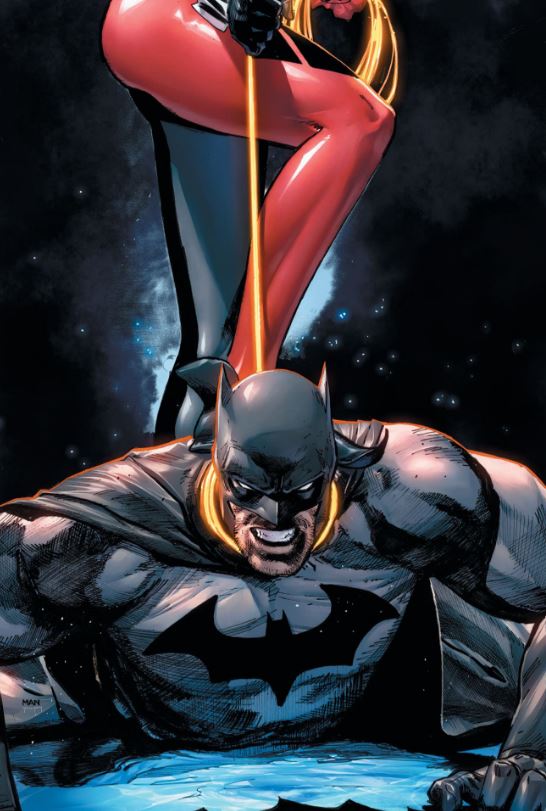 Not everything needs action, and Tom King’s personal and emotional, character driven mystery Heroes in Crisis certainly will fill a void. The story gets its first tie-in with Green Arrow #45, but that’s it for October. And according to solicitations for that book, it doesn’t look like a story you will need to read to understand the main story:

“In this Heroes in Crisis tie-in, Oliver Queen is forced to take a hard look at himself and evaluate his methods after he fails one too many times trying to do the right thing. It’s a dark, depressing stroll down memory lane for the Emerald Archer, as Oliver must come to grips with how he’s hurt the people around him. This issue guest-stars members of the Justice League and the Titans, but are they there to console Ollie…or condemn him?”

I like a good mystery, Hopefully King can provide that with seven solid issues of Heroes in Crisis. 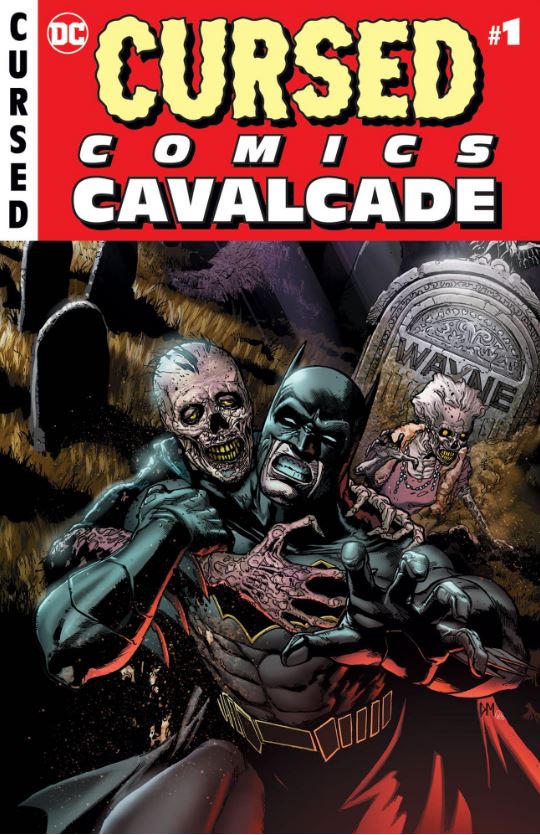