Hope everyone had a safe and Happy Halloween!

As I was looking for something to review for the special occasion I realized…most of my scary or creepy stuff I’ve already talked about! Whoops! Fortunately I did have one franchise I could talk about for this scary holiday! Xombie! A Zombie Apocalypse series where the Zombie…is the main hero! Well one of them anyway. 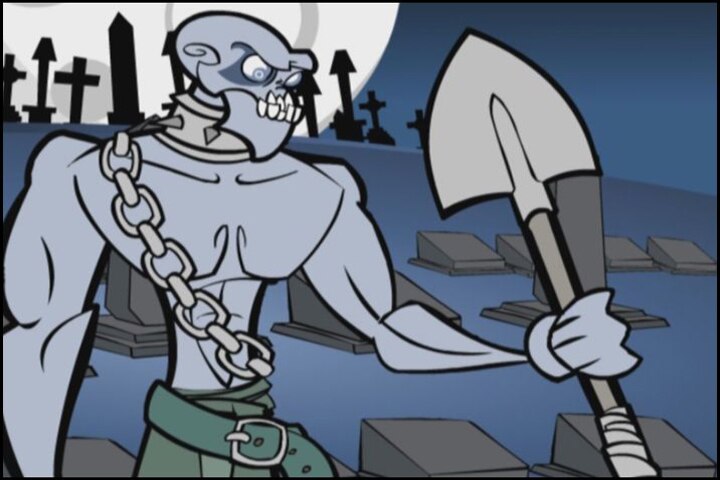 This video I’m going to talk about the entire Xombie franchise (Up to the most recent video) it’s made up of two web series and a comic sandwiched in between! It tells the story of a human girl named Zoe, a sentient Zombie named Dirge, and Dirge’s pet dog Cerberus (Who happens to be a regular zombie dog, but due to his cop-dog training he won’t eat unless told to) as they have to go on three wild adventures through Zombie infested lands!

The first series, later subtitled as Dead on Arrival, started off as a simple flash cartoon series on Newgrounds that took James Farr years to complete. As he wrapped it up, he also wrote a novelization of the web series to explain things he missed or expanded on as the series went on, or fixed any continuity mistakes.

The second series was the comic, published by Devil’s Due, written by James with art by Nate Lovett who’s art stile really matches James’s work! During this, 10 years have passed and Zoe needs Dirge’s help to find a power source for the human settlement’s power gird or else they’ll be sitting ducks for the zombie hordes! Much like the first series, as this adventure goes on we expand more and more about the world, but are still left with plenty of questions unanswered.

The third, and most recent (and still on going) series is a new web series called Dead Ahead! Years have passed since the comic, and Zoe needs to find dirge (seeing a pattern here) and get him to help find her mom who has gone missing! James has improved his animation style and it shows when you compare the two web series! Currently the series is up to episode 3 so who knows when the next one will come out.

This is an incredible series, highly original, and well written, acted, and animated/drawn! I cannot recommend this series enough!