First, a discussion regarding the success of Star Wars comics for Marvel is probably in order. See this via Comichron.com

When the first Star Wars movie was adapted by Marvel in 1977, early issues of the comic book released before the movie came out. The first issue appeared in two different first printings, both newsstand editions for Curtis Circulation; one was a special rare variant with a test-marketed price. Beginning with the second issue, first printings were also released as part of Western Publishing’s Whitman bagged comics program.

Once retailers knew they had a blockbuster on their hands, multiple printings were ordered, both by Curtis Circulation and, most consequentially, by Western for special Star Wars three-packs sold by its Whitman program. The result was that early issues of the title were the first comics to exceed 1 million copies per issue in sales since 1960; according to Jim Shooter, “Star Wars saved Marvel.”

No circulation data was required to be published in the first two years of the series’ existence, but Star Wars was  certainly the #1 title in the industry in 1977 and 1978; in 1979, when data first appeared, the Whitman factor had played out, and it was likely the #2 title, not far behind Amazing Spider-Man and just ahead of Incredible Hulk.

Sales declined every year after that, though 1984’s sales were very close to those of 1983, when Return of the Jedi came out. By the last full year of the title’s initial run, it was a lower-tier book at Marvel, selling less than a third of the copies of the market-leading Uncanny X-Men.

Some direct-market only information is available in the monthly reports. 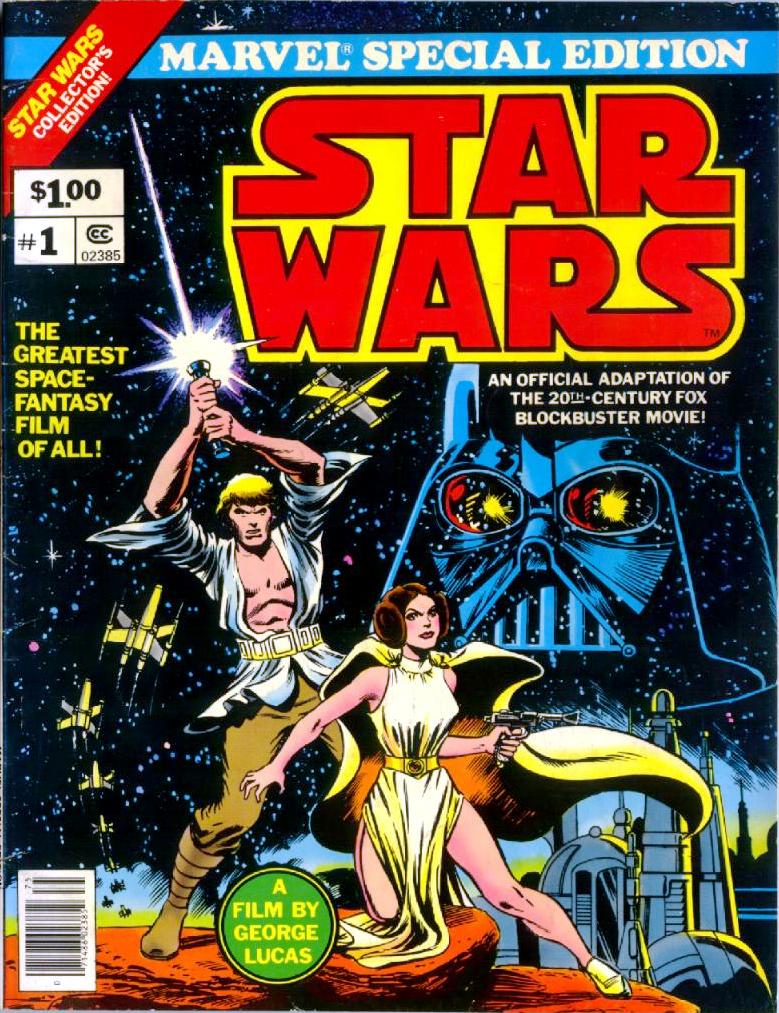 I’ve addressed the plummeting Star Wars comic book sales on my blog several times.  Recently I had a gentleman email a spreadsheet to me, that expands on that information.  Here’s what Tyler had to say about the spreadsheet he sent me:

Your comics sales discussion intrigued me as I’ve been meaning to reach out to you the last several weeks to share the spreadsheet I recently finished compiling. I’ve been working on it in my spare time, but I’ve been charting SW comics sales from ‘96 to today. My opinion? It doesn’t paint a good picture. And I can’t for the life of me figure out how Dr Aphrodite is still in print.

Also, when I tweeted some of the conclusions I reached analyzing the data, I was met with the response, “Yeah, but that doesn’t count digital sales!” There seems to be this Great White Hope that comics in general are not in bad shape because digital sales are so great. Truth is, I emceed a panel at a con featuring four working pros. The consensus of the panel was that digital sales are about 1/6 of the sales of paper copies. 1/6.

Anyway, I’m teaching my spreadsheet. Hope you find something interesting in it.

I got all the figures in the spreadsheet from Comichron, but the main gig was putting them all together.

Basically, each tab is a year, each column is a month in that year. On the far left are the series titles. Each column to the right of the title is an issue number-slash-sales of that issue that month.

For example, if the sheet says:

At the end of each row I total up the number of copies sold over the year of that particular title.

I made some notes in the margins, as it were.

The Solo adaptation average 18647 so far. This will go lower as the series winds down.

Just some of the observations I gathered from the spreadsheet.

Sound off on what you think it means in the comments section below.