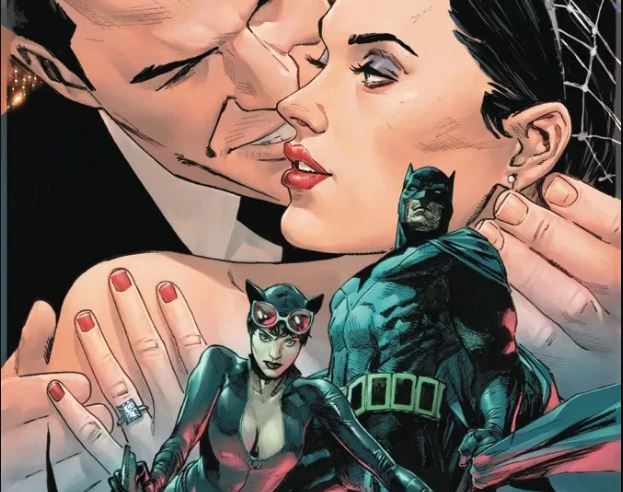 DC Comics is about to learn an expensive lesson: never f*** over the fans.

On Sunday, the New York Times posted a thorough preview of the upcoming Batman #50, the issue wherein Batman and Catwoman are supposed to get married. The article spoils pretty much everything about the comic, up to and including the “let’s spit in our fan’s faces” ending.

It’s not a bright move, and bids fair to become DC’s The Last Jedi moment. Here’s the three ways they screwed people over:

Giving away the ending.

DC colluded with the press to spoil the comic, front to back. This is IDIOTIC. People read stories to experience the story, and when you give the entire story away, it ruins people’s enjoyment. Imagine if, three days before its release, Marvel had posted the entire script for Avengers Infinity War online. Worse, imagine if they had a story in the NEW YORK TIMES which gave away the movie’s entire plot, with pictures depicting the action. Every key moment in the movie, spoiled. That ending, spoiled. Everything significant, spoiled. No one in their right mind would do this, because sales would tank. 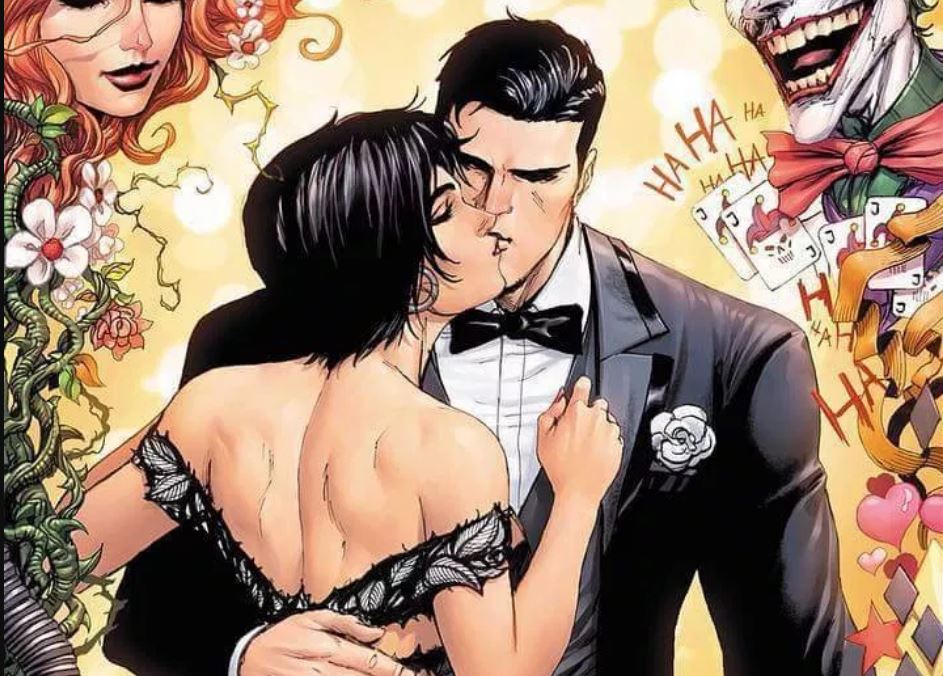 Screwing over retailers by giving away the ending.

The story was posted on Sunday, and retailers rapidly chimed in on social media, letting people know that fans were cancelling their preorders, and even taking Batman off their pull list. This is devastating, because in addition to their regular orders, DC issued 110 variant covers, most exclusive to one specific retailer or venue.

Don’t get me wrong, the art is PHENOMENAL. I’ve included a gallery of it below, because, seriously, you have to see this art. It’s some of the best cover work ever done in comics, and involves the majority of the top-name comics artists, all of which has a huge price tag. Stores purchase comics from the distributor, and if no customer buys their comics, they just eat the cost. Each unsold issue is a hit to the store’s bottom line. In an industry that lost 2.5% of its outlets in one year (and all the future sales they would have generated), whose sales are down 9% this year (on top of a 10% decrease last year), a huge, expensive flop like this could push many retailers over the edge.

Of course, the mere fact they spoiled the issue isn’t what’s caused the most damage. What really hurt was this: the ending just plain sucked.

Screwing over fans by writing such a crappy ending.

The Batman-Catwoman nuptials is a medium-sized comic event spanning a dozen different comics. A dozen individual issues of romance, the proposal, complications, a last-minute attack on Batman by the Joker, and finally, the culmination of the entire series: Batman blue balls.

That’s right. After all that buildup, after all that fan investment, Catwoman leaves him hanging at the altar. 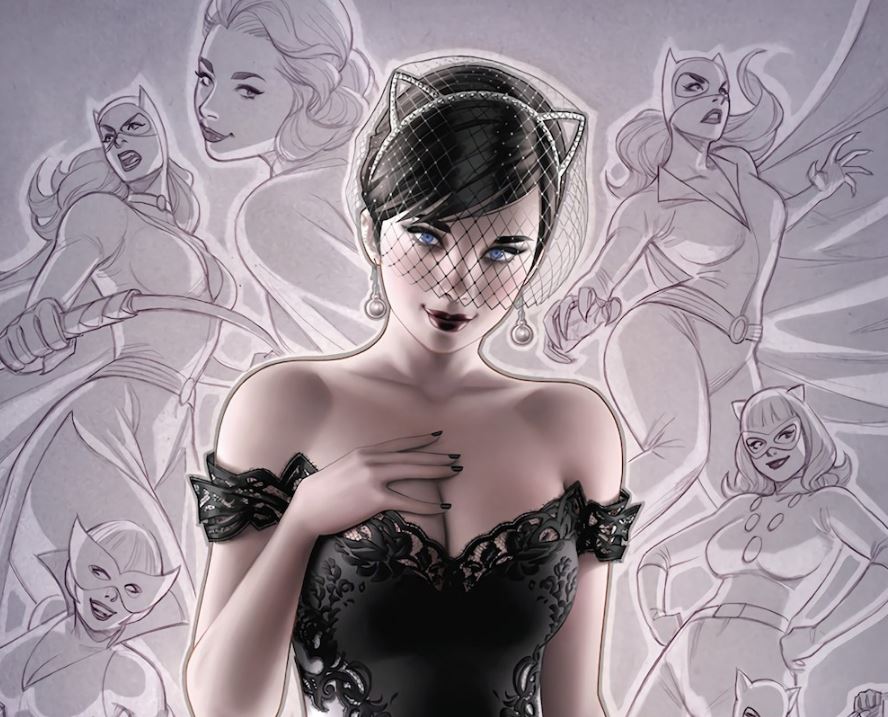 Now, I don’t think this was ever going to be the event DC thought it would be. But even if it were, this ending would have scuttled the whole thing. It’s a monumentally awful ending, one that deliberately spits in the faces of the fans.

Tom King—Batman’s writer—is lauded by many, and while the King Batman issues I’ve read had a few great moments, they also show that he just fundamentally doesn’t get why comics work. Example: In one of the issues leading up to the wedding, Catwoman reveals that she always knew Clark Kent was Superman. His disguise never fooled her.

This is STUPID. In one single panel, King changes Superman from a paragon of superherodom into a moronic chump, a chump who never once—in almost 80 years—thought that he should get a better disguise, because everyone else had already seen through it and was laughing at him. Yes, the glasses thing is maybe unrealistic—but not as unrealistic as people think, a conversation for another time—but comics and comic characters absolutely depend on certain “unrealistic” tropes, and subverting those tropes destroys the character and also destroys the cohesion of the comic universe.

Subversion is destruction, and Tom King indulges overmuch. He has genuine affection for the characters, and maybe he thinks of it as “realism”, but what comes out is anything but.

Now, I’m on record as saying that the marriage was a bad idea in the first place. Catwoman is a thief, an unrepentant thief, and she doesn’t deserve to nab Bruce Wayne, a moral paragon on the level of Superman. In a variant continuity, where “comic time” doesn’t exist, Catwoman went to jail for her crimes, reformed, and her and Bruce then got married. Their daughter—the new Huntress—took over for Batman when age and infirmity sidelined Gotham’s hero of the night.

This is the only way Selina Kyle could ever be worthy of marrying Bruce Wayne: by wholeheartedly reforming and paying for her crimes. Bruce Wayne might lust after Selina Kyle, as she is eminently lustable, but he would never, could never love her. She’s the femme fatale, the fallen yet consummately alluring woman the hero lusts after, while understanding that to attain her would bring damnation. The test of the hero is to resist her wiles, and find another, one worthy of his affections. 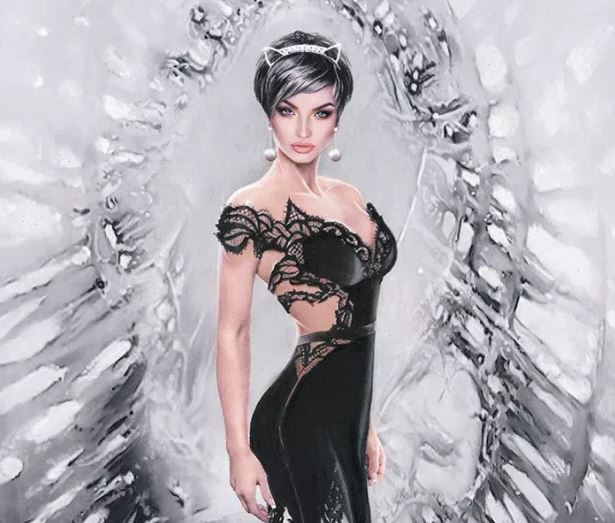 Tom King’s Catwoman is not worthy. King’s Selina Kyle is not repentant, has no desire to be repentant, and indeed has not even a faint belief that she should be repentant. She steals a man’s wallet while her and Bruce Wayne are on a double date with Lois Lane and Clark Kent. She steals a wallet when Superman—the Kryptonian who can see and hear everything going on in not just the restaurant, but the entire city—is in the same building as her. That’s not just criminal, it’s criminally stupid, and no matter how many times Tom King has Catwoman save Batman’s life from the Joker (this really happened, in issue #49), she’ll never be a fit mate for Bruce Wayne.

That beautiful wedding dress, above? She stole that. She’s marrying a billionaire, and she steals her wedding dress.

Under King’s pen, Bruce Wayne not only falls in love with this unrepentant miscreant, this foolishly criminal cat burglar, but she spurns him and his love, and leaves him standing at the altar.

(Presumably in the rain.)

This is not a fit ending to a romance. It’s pure subversion, and the audience hates it.

So yes, the entire storyline was stupid from the beginning, and yes, voluntarily spoiling it in the New York Times was even stupider, but this ending was the stupidest move of all: like Rian Johnson, turning Luke into a pathetic loser drinking green milk from an alien boob-testicle, Tom King has made Batman into a pathetic loser, endlessly waiting on a Gotham rooftop for the woman who left him at the altar, a woman he never would have fallen for in the first place.

Republished with permission from the author from the original post at Castalia House. Check out more from Daddy Warpig here.