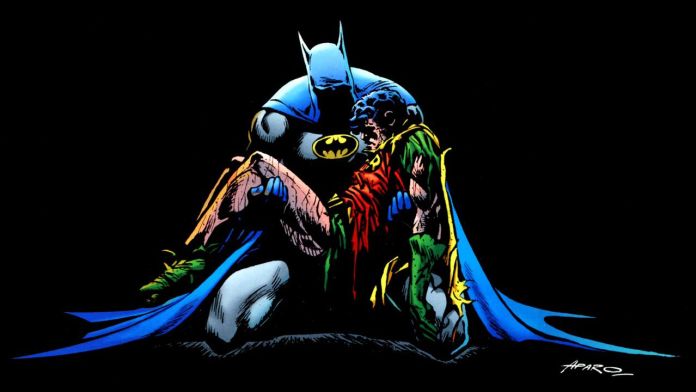 Screen Rant wrote a history item covering DC’s decision to throw 2nd Robin Jason Todd under the bus in 1988, quite a landmark direction that succumbed to people who couldn’t distinguish between a fictional character and the writers responsible for what he/she does in the four color pages of a comic (to make matters worse, the site’s headline reads as “why DC let the Joker kill Robin” which doesn’t improve on the lack of logic the earlier time around):

Jason’s backstory was rewritten in 1986 in the aftermath of the Crisis on Infinite Earths epic. But behind the scenes there was a major editorial change at DC Comics, with former Batman and Detective Comics writer Denny O’Neil overseeing the franchise. O’Neil had a very different approach to Batman, drawn to a darker style that came to define the Dark Knight for generations to come. And Robin began to seem increasingly incongruous.

That’s an awfully peculiar thing to say, when they never gave up on the whole sidekick concept, and later replaced Todd with Timothy Drake almost a year after his demise.

Matters came to a head in 1988, in what proved to be one of the most controversial comic book stories of all time. “A Death in the Family” saw Batman pay a terrible price for his heroism, with Jason Todd brutally murdered by the Joker. The decades would make it a part of accepted comic canon, and more or less reversed. But why would DC endure the PR nightmare of killing Robin, and why did it all go so wrong?

Comic books were getting darker and more mature, and Denny O’Neil wanted Batman at the forefront of the movement (understandable). He brought on board a new writer, Thanos creator Jim Starlin, who frankly wasn’t at all interested in Robin. Speaking at a New York Comic Con panel in 2016, Starlin explained that from the costumes alone, “going out and fighting crime in a grey and black outfit while you send out a kid in primary colors was kind of like child abuse.” Starlin ignored Robin for as long as possible, and only wrote Jason Todd when he was pushed to do so. His version of Jason was a little more aggressive, and his morality was a LOT more questionable.

In Batman #424, even the Dark Knight himself suspected Jason may have pushed one criminal to his death. While DC had received complaints regarding Jason Todd, they had no idea how widespread the opinion really was. The letters increased in number while Starlin was writing Batman, and all involved took note. When DC was looking to tell a high-profile story tying into the growing focus on AIDS in America, Starlin allegedly suggested Jason Todd to be one such hero affected by the illness. His request was overruled, but six months later Denny O’Neil came up with a solution.

The minds behind Saturday Night Live had recently launched a 1-900 number dial-in competition, and O’Neil liked the idea. He suggested putting a character’s life on the line for the same contest, and swiftly decided that Jason Todd was the logical candidate. After all, he didn’t believe Jason was popular with the majority of readers anyway. O’Neil considered it the perfect opportunity to get reader participation in the books, and Starlin was on board to write it. “A Death in the Family” kicked off in the double-sized Batman #427, which ended with Jason Todd double-crossed by a woman he believed to be his newly-discovered birth mother. He was instead ambushed and badly beaten by the Joker, and left in a building with a ticking time bomb. Batman arrived just in time to see the building explode… but not before Jason’s fate was confirmed. The inside back cover gave details for readers to call in to one of two numbers: either keep Jason alive, or kill him off.

From what they describe here, it sounds like what I’ve sadly figured was the case at the time – would-be audience members who couldn’t distinguish between fiction and reality, nor could they recognize why the real life writers are the guilty party in any faulty characterization. To be sure, not all were like that, and I’m sure there were some letterhacks who criticized the writing results, but no doubt, those were largely absent from the published letter pages. 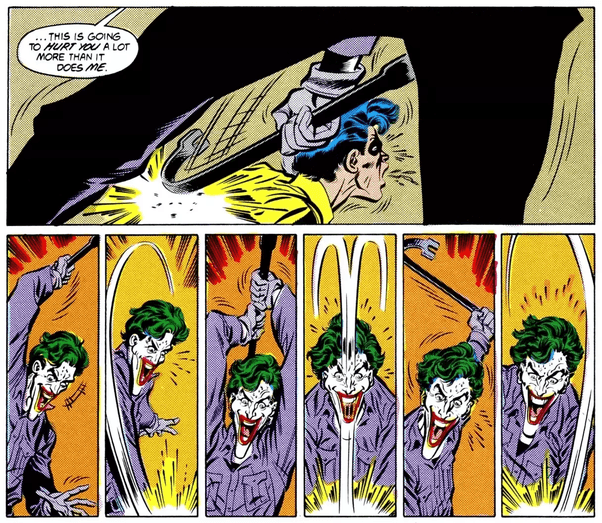 But if we’re to go by what the news site implies, it sure does sound like there were only so many narrow-minded idiots out there who not only couldn’t make distinctions, they practically made it a nighttime career to ruin great comics with poor judgement, and editorial and scriptwriters made no attempt to explain to them how they were mistaken and where their complaints should really be laid. Pure cowardice that insults the audience’s intellect. And Starlin didn’t make things any better by resorting to such a narrow view of surreal storytelling, which ignored that Marvel had its own share of teen heroes who were coached by adults like Bucky Barnes in the Golden Age, and the X-Men’s younger entrants. Even Johnny Storm could count, if only because he was mostly a teenager himself when the Fantastic Four first began.

So what happened after the deed was done to Todd? Already fact, but here we go again for the record:

Whether or not DC editorials realized their initial miscalculation, the votes had been cast. Once the dust and marketing hype settled, seeing Jason betrayed by his birth mother, beaten almost to death by Joker with a crowbar, and then left to die in an explosion… was obvious overkill. Readers sympathized with Jason Todd–a child, remember–and turned against the publisher. Press coverage became intensely critical, marketing and merchandise departments were now faced with explaining why DC had murdered a child, while also being left with entire ranges of Robin merchandise now losing value. Jim Starlin’s run came to a swift and decisive end, although he never complained. He simply returned to Marvel Comics to kill half of all heroes in his classic Infinity Gauntlet saga.

Except that Thanos’ deed was magically reversed, in contrast to how Todd’s death stood at the time, no? One has to wonder if it was the very same crowd who complained about Todd in the first place, which would make it all a classic precursor to the damned-if-you-do-and-don’t situations seen on Twitter these days. And if Jason was damned simply for killing a criminal who may have been a sex offender, that sure was alarming why a hero must pay a heavier price than the criminal himself. 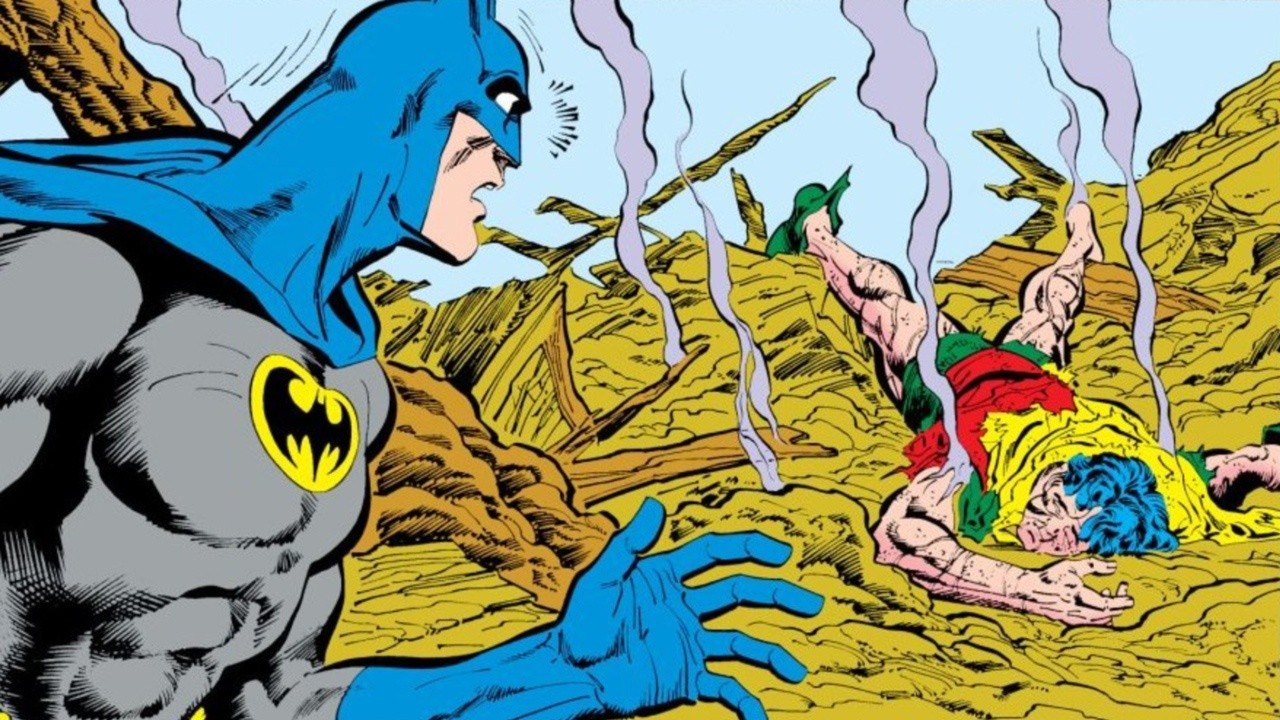 It even forces one to wonder if the complainers were some kind of perverts who sympathized with the criminals. I don’t think reliance on merchandise has helped comics artistically in the long run, but if it does matter, why indeed would DC take steps that could botch potential revenue?

The Batman franchise’s darker direction–which included Jason Todd’s death and The Killing Joke, a story that crippled Batgirl–ultimately proved to be a huge success, in spite of all these bumps in the road. Ironically, though, Jason Todd didn’t stay dead; he was brought back to life in 2003 in a resurrection plot that saw him become a ruthless vigilante called the Red Hood. The character has recently made his live-action debut in DC Universe’s Titans series, where he’s generally considered one of the most complex and enjoyable characters.

And here’s the most dismaying part of all. The likelihood addicts ensured that, despite the otherwise ill-advised approach DC editorial took, the sales would remain relatively intact, which would only ensure DC would continue to embrace loathsome approaches for the sake of sales and publicity. Today, it’s been taking its toll, as it couldn’t keep up for that long, but the damage has already long been done, and coupled with an adamant leadership who believe it entirely acceptable to stick with repellent directions set by tasteless events and crossovers, they’ve driven down the quality of superhero fare ever further, to a point where it will eventually have the worst impact. 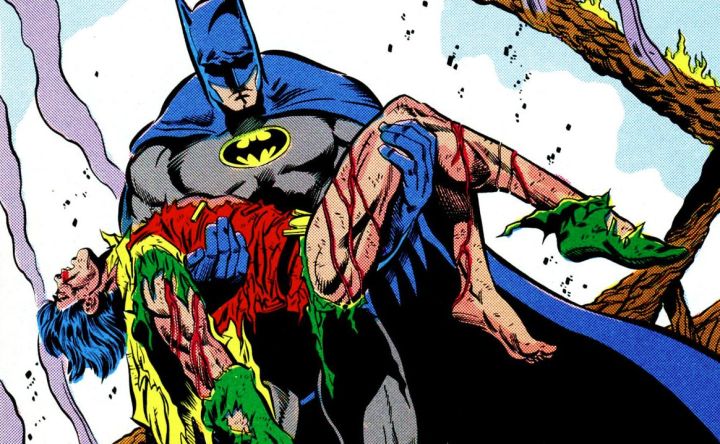 Jason may have been resurrected over 15 years ago, but the sad part is that they still don’t really have a good direction for him, and tying it in with awful crossovers like Infinite Crisis where Superboy of Earth-Prime allegedly revives him by “hitting walls of reality” doesn’t make for anything organic.