Sleepwalker was created by Bob Budiansky and Bret Blevins and first appeared in Sleepwalker issue 1 (1991). With the publication of Sleepwalker, a long dream of writer Bob Budiansky was finally fulfilled, as he had the plans for Sleepwalker as early as the late 1970’s.

The character hadn’t been seen much in the Marvel Universe, but recently made an appearance in this month’s issue of Infinity Wars: Darkhawk #2. It was in that appearance that a new mini-series starring Sleepwalker was announced: Infinity Wars: Sleepwalker, another tie-in to the Infinity Wars  event, and by the same writers of the Darkhawk micro-series: Chris Sims and Chad Bowers. Todd Nauck will be doing the art on this four-issue series, which hits stands on October 3. 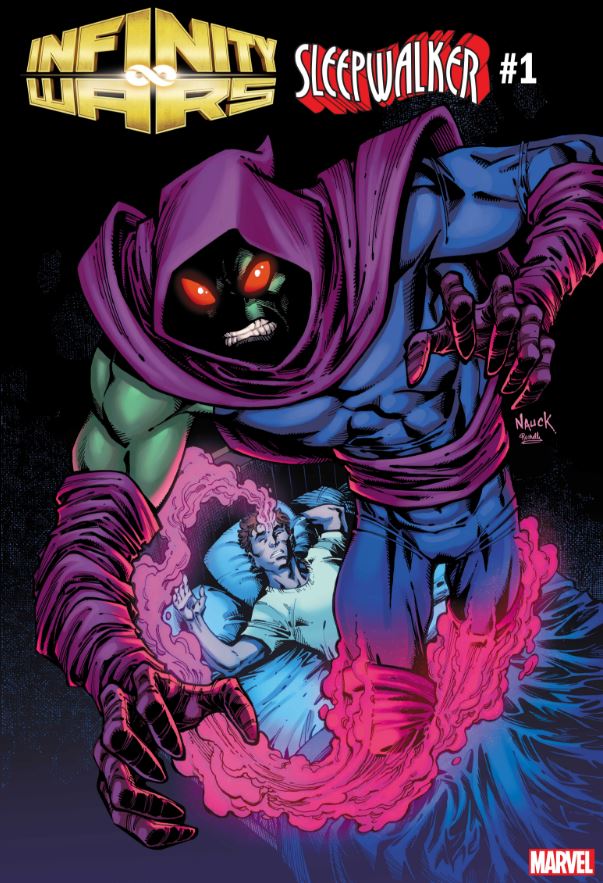 Deep in the mind of man, in the ephemeral realm of dreams, he dwells…the Sleepwalker! Lurking on the fringes of our unconsciousness, he protects the Mindscape from entities that threaten to tear our very minds apart…but when all of reality becomes warped by the unbridled power of the Infinity Stones, how will he continue to protect the world?

This fall, join Chris Sims and Chad Bowers (Infinity Countdown: Darkhawk, X-Men ’92) along with artist Todd Nauck (Spider-Man/Deadpool, X-Men: The Wedding Special) for an all-new spellbinding tale, as one of Marvel’s most unique heroes returns—to a Mindscape utterly transformed by the reality-warping madness of INFINITY WARS!

SLEEPWALKER #1 and #2 arrive in comic shops this October!