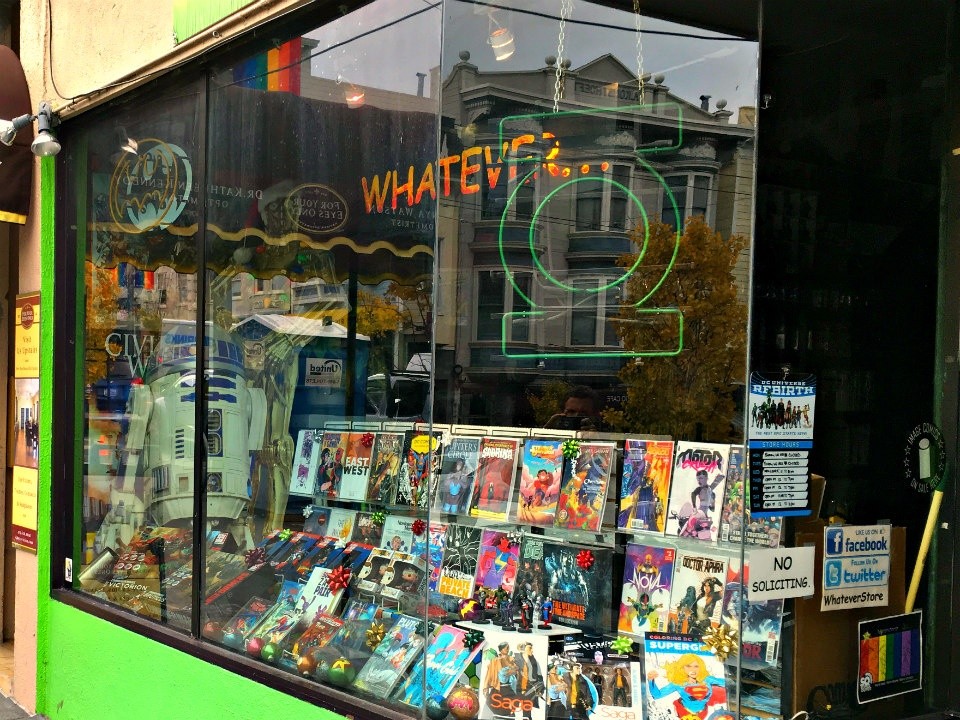 Here’s another comics specialty store that’s going out of business, this on after only 13 years in the San Francisco area:

After 13 years in the neighborhood, the Castro’s comic shop, Comic Book Beardies, closed on December 5.

The closure quietly capped off a particularly devastating year for Castro retail, in which many decades-old businesses shuttered. […]

The shop had its struggles over the years, flirting with closure several times. In 2014, the Andrebous held a “Trying To Not Go Out Of Business” sale, citing declining revenues from street construction on the Castro Street Improvement Project.

Two years later, in 2016, the shop started a GoFundMe campaign, raising close to $10,000 from fans to stay in business. But high rents on Castro Street ultimately drove the Andrebous to Market Street, where they could find a more affordable space. 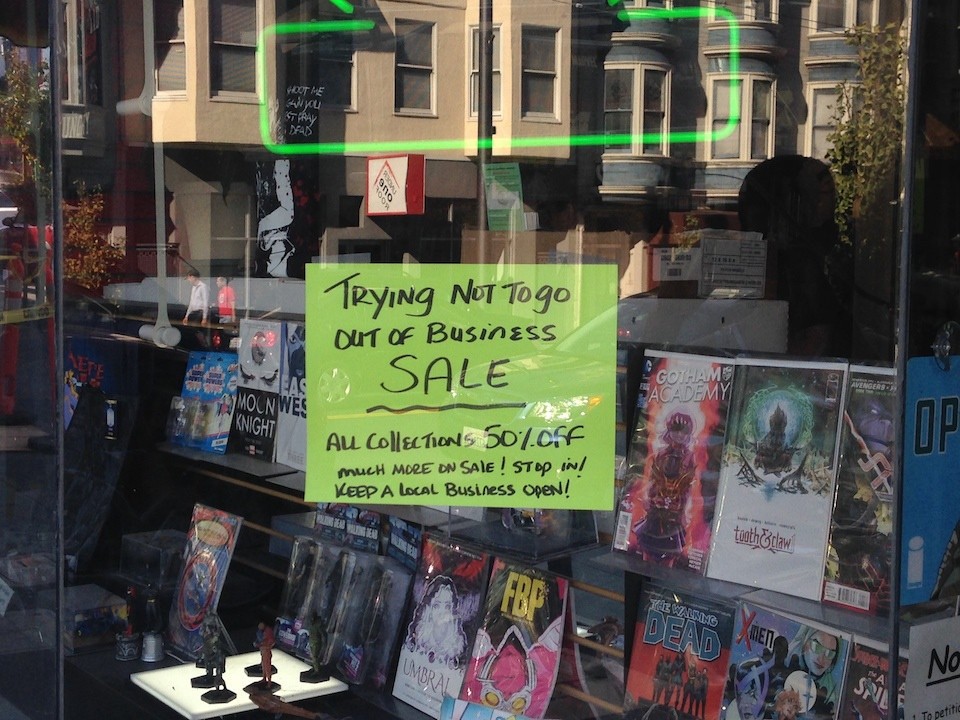 Now here’s the potential oxymoron, as per the last link provided:

Take, for example, the situation facing Whatever Store at 548 Castro Street. It’s the neighborhood’s comic book store, featuring mainstream, offbeat, and queer-focused comics and comic memorabilia. It has been holding a “trying not to go out of business” three-day sale this weekend starting on Friday and extending through today. Many items are discounted 50%. The store posted on its Facebook Page about the sale saying that, “If you love Whatever.. and want it to stay on the Castro, please come in this weekend.” 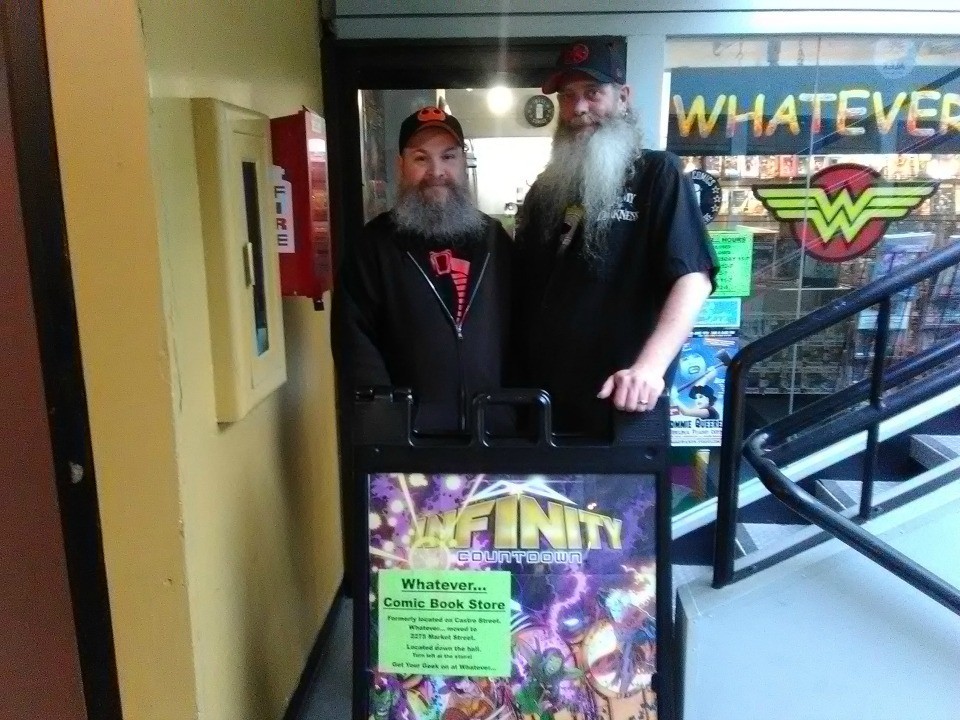 A store located in a city where this kind of culture and propaganda has long been entrenched, and they still couldn’t afford to keep it afloat…? Just shows how “get woke, go broke” is possible even in that very northern California district. I’d read reports how real estate in San Francisco was getting awfully expensive, yet simultaneously, the city’s sanitation and health standards had fallen drastically, and with that kind of dreadful situation, you can’t be surprised if it discouraged anybody from buying on the store streets they were located on either. Last I read, there were 8 comics stores in SF, so this closure may bring it down to 7. 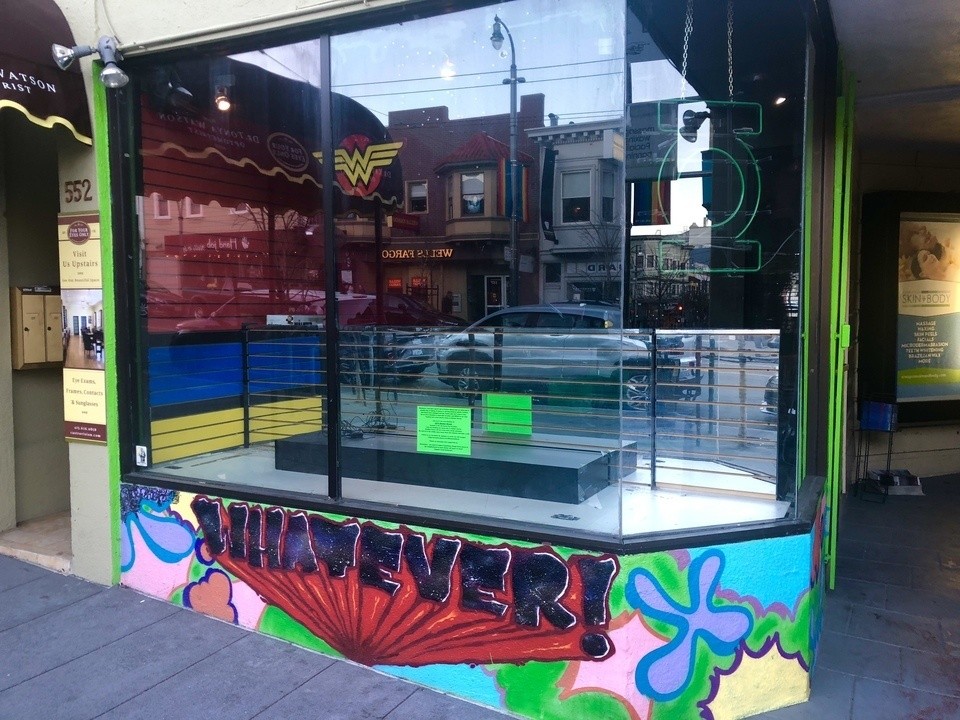 And with that, we have one more example of a store whose business collapsed, probably for more reasons than one. You can still be a customer at their online store here.